Drudge Report is down. I assume denial of service "attack." [Some minutes later, it's back up.]


This is not news, but it's for the archives. Back in 2004, or thereabouts, Toyota announced it was going to consolidate its North American operations to Plano, TX. The AP was simply updating the story. The people and the cities affected have known about this for years, and nothing has changed, I guess, except the move has now begun.

Toyota is beginning to move hundreds of jobs out of its northern Kentucky headquarters as part of a nationwide consolidation.

Workers have begun relocating from Toyota's Erlanger plant and will continue through the end of 2018.

The company, which is moving its facilities to the Dallas suburb of Plano, said the move will affect 648 workers. All employees received a job offer as part of the restructuring.

Erlanger has been home to the Japanese automaker's North American engineering and manufacturing headquarters since 1996.

Marc Fields, Erlanger's city administrator, said the city is sad to see Toyota leave, but has been preparing for this moment since Toyota announced its consolidation plans in April 2014.

The forecasts for consumer and government spending and business fixed investment all increased after this morning's construction spending release from the U.S. Census Bureau and the Manufacturing ISM Report On Business from the Institute of Supply Management.

July 29, 2017: Nicholas Casey over at The New York Times, with this headline: As Venezuela prepares to vote, some fear an end to democracy.

July 28, 2017: Nathan Crooks over at Bloomberg for asking whether Venezuela is becoming a Cuba-style dictatorship.

July 23, 2017: US Senate Minority Leader Chuck Schumer, is not aware that gasoline is at record low prices.

May 24, 2017: J Crew's Millard “Mickey” Drexler -- the fashion "genius" who admits he misread the speed of change and is now fighting to keep his company out of bankruptcy.

April 9, 2017: Juan Gonzalez, deputy assistant secretary of state for Western Hemisphere affairs during the Obama administration who now suggests that Putin may have had nefarious reasons for returning to Central America under the Obama administration. At the time, he admits he was skeptical of any security threats that Putin might pose in the region.

January 3, 2017: That didn't take long, our first nominee for the 2017 Geico Rock Award. Prince Harry: "Saving endangered animals is God's test for humanity." I guess he missed the Aleppo story, the 2016 equivalent of the 1940s Holocaust.

Note: Geico Rock Award for 2016 has been announced.
Posted by Bruce Oksol at 2:01 PM No comments:

January 3, 2017: that didn't take long, our first nominee for the 2017 Geico Rock Award. Prince Harry: "Saving endangered animals is God's test for humanity." I guess he missed the Aleppo story, the 2016 equivalent of the 1940s Holocaust.


End of the Line, Traveling Wilburys

January 3, 2017: I tuned into CNBC this morning about 8:00 a.m. but had to turn it off at about 8:10; the discussion among Cramer and two others about the president's tweets were inane. Cramer said that these individual tweets don't amount to a "hill of beans" (my words, not his). Now we have this breaking news over at AP, via Twitter (yes, Twitter:  Ford cancels plan for new $1.6 billion plant in Mexico; to add 700 jobs in Michigan to build electric, autonomous vehicles. I think one can safely argue that Ford would have continued with its plans for the Mexican plant had Trump not tweeted. This is a huge "thank you" to the people of Michigan who voted for Trump. Trump is creating more jobs for Americans BEFORE he becomes president than Obama did with a trillion dollars in stimulus.

For all the grief PEOTUS Trump gets for "shooting from the hip," well, what can I say .... ?

January 3, 2017: speaking of fake news, Arctic ice is as thick as it was in 1940; there is no evidence that Arctic ice is thinning.

Some months ago I started beating the drum that Trump's tweets will knock network news shows off balance. I saw that this morning, a clear-cut example. An individual scheduled some days ago to be interviewed on CNBC this morning was cut off abruptly and the interview was much shorter than planned because the show was "off-schedule" due to Trump's tweet on the GM Cruze that's being made in Mexico and then sold here in the states. And then GM tweeted back with their side of the story. The CNBC talking ahead specifically stated they had to end the conversation early because the GM tweet conversation had taken up time earlier.

Futures: Dow 30 futures up about 125 points. Oil up over $55. Despite what Gartman said four months ago.

A "bitter" Larry Summers expresses his concern for Trump policies:


“The vast majority of the companies who have large overseas cash also have substantial amounts of domestic cash,” he said.

“The reality is that cash that is brought home will be used to pay dividends, to buy back shares, to engage in mergers and acquisitions, to rearrange the financial chessboard, not to invest in large amounts of new capital. It is a chimera to suppose that there will be large increases in capital investment as a consequence of that repatriation.”

I'm trying to see the downside. Larry seems to be describing a win-win situation for long-term investors.

Endless Forms Most Beautiful:
The New Science of Evo Devo and the Making of the Animal Kingdom
Sean B. Carroll
c. 2005
DDS: 571.85 CAR

This is pretty much a book on Hox genes.

Part II:  Fossils, Genes, and the Making of Animal Diversity
Chapter 6: The Big Bang of Animal Evolution
Chapter 7: Little Bangs: Wings and Other Revolutionary Inventions
Chapter 8: How the Butterfly Got Its Spots
Chapter 9: Paint It Black
Chapter 10: A Beautiful Mind: The Making of Homo sapiens
Chapter 11: Endless Forms Most Beautiful

Samuel Williston, paleontologist, 1914: "It is also a law in evolution that the parts in an organism tend toward reduction in number, with the fewer parts greatly specialized in function."


cyclpamine prevents the fetal brain from dividing into two lobes (holoprosencephaly) and cause the development of a single eye (cyclopia). It does so by inhibiting the hedgehog signaling pathway (Hh). Cyclopamine is useful in studying the role of Hh in normal development, and as a potential treatment for certain cancers in which Hh is overexpressed.

Note: wiki says the farm was in Idaho; Sean Carroll said this originated in Utah

Chapter 3: From E. coli to Elephants: homeotic genes with homeoboxes are called Hox genes for short. See this article, from 2012 regarding animals, Hox genes, and sponges. Animals, by definition, contain Hox genes; sponges do not, apparently contain Hox genes, but sponges are considered animals. The author's suggest at the linked story: "At some point in the murky depths of their ancestry, sponges lost bona fide Hox and ParaHox genes!"

Chapter 6: The Big Bang of Animal Evolution: Evo Devo and Williston's Law allows us to speculate on animal history prior to the "Big Bang in Biology": the Cambrian Explosion.

Chapter 7: Little Bangs: Wings and Other Revolutionary Inventions
evolution of the paper clip: Philadelphia, Wright, Reeve, and Gem (current common paper clip)
Posted by Bruce Oksol at 8:18 AM No comments:

Later, 1:41 p.m. Central Time: Al Gore's Inconvenient Truth came out in 2006; he won the Nobel Peace Prize for same in 2007. It's now been ten full years that "we" have been told that the science is settled.

In these past ten years, the Department of Defense never converted any of it's on-base vehicle fleet to EVs. For example, even at the smallest Air Force installation, there were generally two or three ambulances when I was in the USAF. Saying that these ambulances averaged six miles/day would be generous. They all should have been converted over to EVs by now. Same with all the on-base law enforcement sedans, probably as many as a dozen on even the smallest installations. The command staff at each installation generally each had their own vehicle for on-base use and again, none were converted to EV over the past decade.

The USPS has not converted it's vehicles to EVs, a fleet that should have been converted long ago.

Many more examples, but this tells me all I need to know about the government's -- and the past eight years, the #1 global warming cheerleader, President Obama's -- commitment to preventing global warming.

But the US government under President Obama was targeting cow farts. 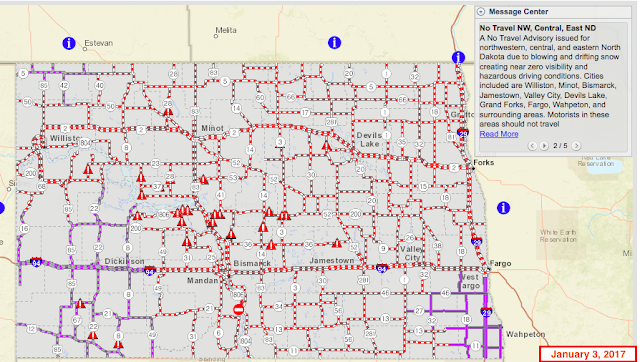 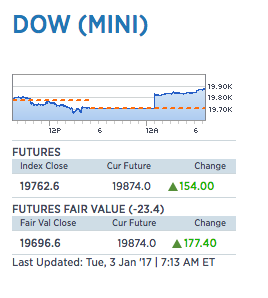 Were I a betting man, I would have lost a bet on this one.