The other day I mentioned that I did not know what the current Amazon Prime was costing me.

I got my reminder today:


This is a reminder that your Prime membership will be renewing soon. On January 17, 2020, your account will be charged $12.99 (plus any applicable taxes) for another month of Prime.

If you do not wish to continue your membership, please visit the Manage Your Prime Membership page. You will lose access to your Prime benefits and your card will not be charged.

Thanks for being a member of Amazon Prime.

They could have added free two-hour grocery shipping.


A political hobnobber who featured prominently as a key witness in former Special Counsel Robert Mueller's Russia investigation faces at least a decade in prison after pleading guilty to charges of child sex trafficking and possessing child pornography.

Lebanese-American businessman George Nader, 60, entered a plea deal Monday in federal court in Alexandria, Va., admitting to transporting a 14-year-old boy from the Czech Republic to Washington, D.C., in 2000 to engage in sexual activity with him. He also admitted to possessing child pornography depicting infants or toddlers.

Nader is still separately under indictment in Washington along with seven others on charges of conspiring to conceal the source of more than $3.5 million in political donations to Hillary Clinton during the 2016 presidential campaign.

Nader allegedly was reporting to an unnamed Middle Eastern government on that operation, which was intended to curry favor with Clinton.

It's been my impression that charges -- worked out with a plea deal -- are only the tip of the iceberg.
Posted by Bruce Oksol at 7:00 PM 2 comments:

I haven't looked at it but the Quinnipiac is much more credible than the Economist poll, the previous poll.

I'm getting a kick out of watching Nancy Pelosi defend her decision to delay the Articles of Impeachment.

She didn't gain a thing. Worse, with all that happened in the couple of weeks, the Articles of Impeachment seem really, really weak and irrelevant.

But Nancy's correct: Trump will go down in history as an impeached president and no one can ever take that away from him. LOL.

A reader opined, and others have said the same thing, she did this to "help" Biden. At first I agreed, but on further reflection, I don't think Pelosi is that smart. But it will be interesting to watch. Senators Biden, Sanders, and Klobuchar, a legend in her own mind, will hope for a quick acquittal so they can get back to campaigning.

Regardless, world events have certainly altered things. Since this whole thing began a few months ago, Trump has simply gotten stronger:

Dow futures: up 14 points but to some extent that's an "overhang" from today's market.

"Plummets" may be too strong a word, but considering how far it had already fallen; and, despite tensions in the Mideast, for WTI falling almost 2% in one day seems to be a bit noteworthy.

Posted by Bruce Oksol at 2:44 PM No comments:

Business news chatter: I'm bedridden, as they say, so watching a bit more business news than usual. Again, lots of talk of "how long can this bull market go on?" Over ten years now, this is the longest uninterrupted expansion in modern history. I would argue that the charts show/suggest something different.

Some might argue the boom is just beginning, especially if one sees the graphic below in the graph above:

Refinery: it's hard to believe I missed this one but I'm not sure I have previously reported this. Shell is looking to sell its Washington refinery. If the sale takes place, it would leave Shell's refining operations in North America concentrated along the Texas/Louisiana gulf coast.
Drones: Trump to stop civilian drone program due to China tech concerns.


The US Interior Department is considering halting about 1,000 drones over potential spying risk. The U.S. government is planning to permanently halt its civilian drone program due to the devices being made at least partly in China.

The Interior Department is considering halting about 1,000 drones after deciding that the risk of the drones being used by Beijing for spying was too high.

Interior Secretary David Bernhardt has not signed an official policy but is planning to pull the fleet from action, with exceptions for emergencies like fighting wildfires and training. 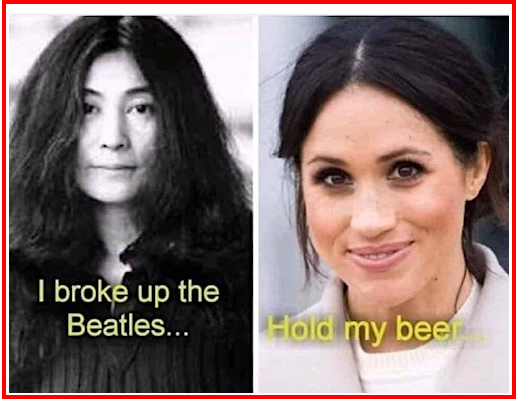 Yesterday about 10:00 a.m. I started noting some vague muscle pain. Not much else, but I could tell that I "was coming down with something."

No nausea, vomiting, or any real respiratory compromise except for a lot of coughing during the night, but wow did I have severe muscle aches (not really pain, just generalized aches).

I went to bed early. I did not take my temperature but I certainly felt I had a high fever. Most interesting was the delirium I experienced during the night. It was really very, very interesting. I don't ever recall such an experience in the past.

This morning I took some aspirin/ibuprofen and am now 100% better. Not back to completely normal, but much improved. Now clear liquids, toast and honey, and I assume by tomorrow this should all be behind me.

Sorry for the delay in posting this morning. More on that later.

Earnings season begins: off to the races and right out of the gate -- BAX --
Disclaimer: this is not an investment site.  Do not make any investment, financial, career, travel, job, or relationship decisions based on what you read here or think you may have read here.


Wells coming off the confidential list over the weekend, Monday --


This year looks like it could be a better one for many Canadian natural gas producers. Like their brethren in the U.S., they have been forced in recent years to increasingly spend within — and even less than — cash flow as other sources of financing have dried up and investors have prioritized better returns over production volume growth. With Canadian gas producers having also faced some of the worst natural gas pricing conditions on record in 2019, far worse than those in the U.S., it is no wonder that Canadian natural gas supplies pulled back in 2019, marking the first down year for overall gas supplies since 2012. Despite what is likely still to be a cash flow and spending constrained environment in 2020, there is the potential for real upside for Western Canadian natural gas supplies this year, especially for the supply that flows into TC Energy’s Nova pipeline system. Today, we consider what may be setting the stage for gas supply gains on the Nova system in 2020 after a somewhat dismal 2019.