The Fairfield Sun Times is reporting. There were four completions this past week; all were in Richland County and all targeted the Bakken. There was one Oasis well and three CLR wells.

Earnings are tracked here.
Posted by Bruce Oksol at 4:57 PM No comments: 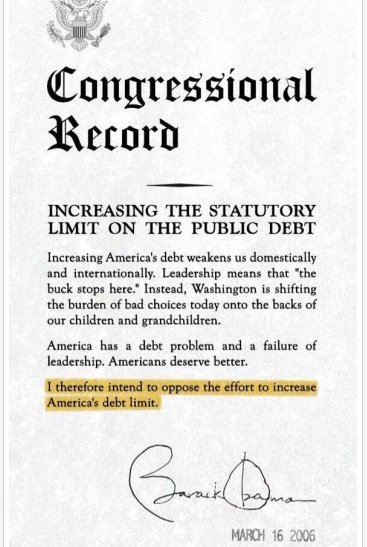 A Little Bit Of Everything -- A Montana Report


“The sage grouse is an incredibly sensitive species. They don’t like areas of development, and if they are disturbed, they won’t dance. If they don’t dance, they won’t find a mate or procreate.”

TMI, as my wife would text. LOL.


Sage Grouse Mating Dance On A Lek, Near Hudson, Wyoming


But, again, I digress. The Fairfield Sun Times is reporting on the Treasure State Resource Industry Association's annual meeting.

This was very, very nice to see: now that Warren Buffett has bought the BNSF it's hard to come by some of this information:


Since 2008, there has been a nearly 7,000 percent increase in the volume of oil BNSF moves and last year it hauled 88.9 million barrels. A spokesman for BNSF’s hazardous materials program said crude oil is now the most abundant chemical moved by the railroad. Additionally, BNSF trains are hauling an ample amount of equipment to the oil patch, including pipe, frac sand, and “oil field jewelry,” as a speaker for BNSF called the heavy equipment hauled into drilling sites.

It was nice to see exactly how much the president's war on coal will improve our quality of life, and and at what cost:


The EPA’s new emissions regulations [will] dramatically affect the coal industry. “Coal supplies 40% of America’s electricity, yet accounts for just 3% of global CO2 emissions.” Ourada added, “If every coal plant in the U.S. were to shut down, global CO2 emissions would drop by only 1%.

And it appears the president would like to see global CO2 drop by 1%. Of course, it all evens out in the end: the US will move toward closing all its coal plants while China adds about 700; Japans switches to coal and natural gas; and Germany replaces nuclear energy with coal. We may not use as much coal in this country going forward, but the Chinese, Japanese, and the Germans will more than make up for it. Like Mark Twain, reports of King Coal's death have been exaggerated.

Oh, and that quote about dancing sage grouse? Go to the linked article for the rest of the story.

A huge "thank you" to Don who sent me the article.
Posted by Bruce Oksol at 11:26 AM No comments:

Update On New Drilling In Illinois

The Chicago Tribune provides an update on drilling/fracking in Illinois.


This month companies wishing to engage in horizontal hydraulic fracturing, or fracking, in Illinois must begin registering with the state, a new requirement. The companies must register 30 days before filing an application to drill, and their intentions will be posted online, offering counties and towns eager for the tax revenue from drilling a hint of what might come.

Regulators are still months away from finalizing the application process under a law passed earlier this year to regulate the drilling method. As a result, companies that have spent millions leasing thousands of acres of land say they are frustrated by the slow pace in Illinois.

Denver-based Strata-X Energy, which trades on the Canadian and Australian exchanges, has spent about $2 million in Illinois leasing nearly 50,000 acres. Its chief executive said the company has been "hamstrung" in its attempts to start drilling.
"We have only a certain amount of time to develop those leases. They have a 'use by' date. If we don't use it, we lose it," said Tim Hoops, president, chief executive and managing director of Strata-X.

And, of course, every wacky active environmentalist will do whatever she/he can do to stop drilling.
Posted by Bruce Oksol at 11:11 AM No comments:


Why is EOG Resources the next ExxonMobil? Because the company is sitting on the holy trinity of American shale plays: the Williston, Eagle Ford, and Permian basins. In addition, new technology like hydraulic fracturing and horizontal drilling have unlocked vast quantities of hydrocarbons which have grown EOG Resources' production at a 37% annual clip over the past seven years.

Of course to catch up to the Big Oil titans, EOG Resources will have to sustain that growth rate and continue to make big discoveries. But there's reason to believe EOG Resources is sitting on a lot more oil than currently booked.

The North Dakota Bakken has been one of the biggest industry developments over the past decade. But recent reports suggest that there might be an even bigger play deeper underground. According to the latest survey by the United States Geologic Survey, the Lower Three Forks could contain 3.7 billion barrels of undiscovered, technically recoverable oil. That's slightly larger than the Bakken.

RBN Energy: This blog is an epilogue to our recent series titled “Get Back to Where You Once Belonged –REX Reversal and Implications for Marcellus/Utica”.  In that series, Part 1 compared the pipeline capacity constraints faced by Rockies producers a few years ago – and resolved by REX -- with similar constraints that Marcellus/Utica producers are dealing with today.   Part 2 looked at how quickly gas production has increased in Marcellus/Utica, and how pipeline developers are scrambling to catch up.  And Part 3 examined the implications for reversing REX flows into the Midwest market and which traditional supplies in that market will likely be displaced.

Congress has moved on. The debate on the nation's debt limit is now taking center stage in the impasse.


Senate Democrats this week are planning a vote to extend the nation's borrowing authority through 2014, the latest sign that the focus of the budget impasse is shifting toward preventing a U.S. debt default.

Democrats are still debating their opening bid, but the most likely scenario is to advance a debt-limit bill free of extraneous policy amendments, as President Barack Obama has demanded. The bill would put the need for the next debt-limit increase after next year's midterm elections.

House Republicans say they won't pass any such debt-limit extension unless it is accompanied by deficit-reduction measures or other priorities.

And then this analysis: why Democrats are dug in on the shutdown impasse.


Republicans have several, sometimes conflicting goals in the current government-shutdown impasse. Democrats, by contrast, have just one. It's called "break the fever."

Breaking the fever is code for ending the cycle of recurring, last-minute crises over spending bills and increases in the nation's borrowing limit—the debt ceiling. The White House believes these crises give outsize power to a minority of conservative House Republicans who don't have the strength to push their agenda into law but can, in a crisis, stop the action.

More important, Democrats are convinced they must break the cycle now, or see much of the Obama second-term agenda sink away.

Greece forecasts a budget surplus; I wonder if they will repay Germany for all the money Germany gave them? LOL.

Karzai raises stakes in US-Afghan talks. There are few world leaders that irritate me more than Karzai. The sooner the US pulls out of Afghanistan, the better.

Alcatel-Lucent will cut 10,000 jobs. It will be interesting to see if the EU allows this.

It looks like the pilots have had time to get their story straight. Remember that Asiana plane that crashed on approach at San Francisco airport? Pilots of an Asiana Airlines jet that crashed while trying to land in San Francisco have told investigators an automated speed-control system malfunction was a major factor in the fatal accident.

By sheer force of their personalities, and under the protection of their conservative districts, these representatives feel secure in rejecting compromise.

Give me a break. Let's see: Schumer, New York; Hillary, New York; Kennedy, Massachusetts; Al Franken, Minnesota; Pelosi, California; Harry Reid, Nevada. The list of Democrats that fit the definition is a lot longer than the Republican list. Stories like this, at the top of the page, front page tell me the newspaper is just another blog, and just another mouthpiece for the Democratic party.

It must have been a very slow news day on the west coast.
Posted by Bruce Oksol at 6:42 AM No comments:

Why Apple Is Committed To 100% Renewable Energy

One of the polls at the sidebar asks the question why Apple is committed to renewable energy.

In addition, Steve Jobs was famous for being a control freak. He wanted to control everything that had to do with his company, including controlling his source of power.


Chronic electrical surges at the massive new data-storage facility central to the National Security Agency's spying operation have destroyed hundreds of thousands of dollars worth of machinery and delayed the center's opening for a year.

There have been 10 meltdowns in the past 13 months that have prevented the NSA from using computers at its new Utah data-storage center, slated to be the spy agency's largest, according to project documents reviewed by The Wall Street Journal.

One project official described the electrical troubles—so-called arc fault failures—as "a flash of lightning inside a 2-foot box." These failures create fiery explosions, melt metal and cause circuits to fail, the official said.

Exactly how much data the NSA will be able to store there is classified. Engineers on the project believe the capacity is bigger than Google's largest data center. Estimates are in a range difficult to imagine but outside experts believe it will keep exabytes or zettabytes of data. An exabyte is roughly 100,000 times the size of the printed material in the Library of Congress; a zettabyte is 1,000 times larger.

But without a reliable electrical system to run computers and keep them cool, the NSA's global surveillance data systems can't function. The NSA chose Bluffdale, Utah, to house the data center largely because of the abundance of cheap electricity. It continuously uses 65 megawatts, which could power a small city of at least 20,000, at a cost of more than $1 million a month, according to project officials and documents.