From a Continental Resources exhibit. Sent in by a reader: 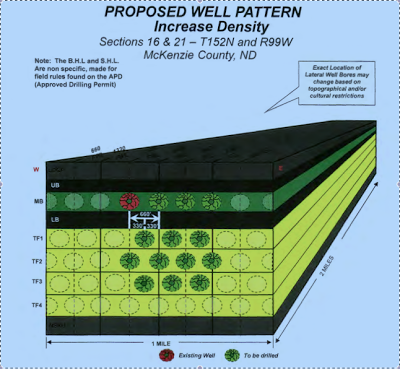 The Wahpeton wells are sited in section 16, and run north to south, ending in section 21.

Vote at the top of the sidebar at the right.


June 13, 2020: that didn't take long. The Motley Fool suggests this merger is not going to happen. Apparently not a good fit and Gilead not interested.


June 8, 2020: AstraZeneca and Gilead in talks over mega-deal merger in light of corona virus vaccine.

I remember exactly where I was at 0900 hrs on Tuesday, September 11, 2001: watching on television,  from an office in the Air Force's Intelligence Agency complex, in San Antonio, the events unfold.

Vern Whitten, of the eponymously-named photography studio was taking photographs.

Today, he sent me the third in his series of of photographs for his virtual coffee-table book, linked at the sidebar at the right.

He says that in the autumn of 2001 he was taking a photograph of a maple tree in a local park, taking a photo every day for about a month. One of the photos just happened to be taken on September 11, 2001.

See photo and his comments at the link. Pretty amazing.

Posted by Bruce Oksol at 3:15 PM No comments: 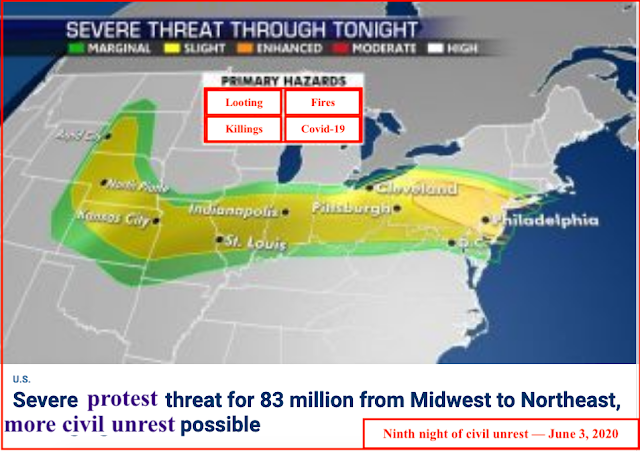 Turn off cable news for a week.

I quit watching cable news many months ago. It makes all the difference in the world.

I use google to look specifically for what I want to read about. Car radio is set on classical music station.

One exception: I continue to listen to Rush off and on. I never listen to "his" show when he has a guest speaker. I generally tune in to Rush for about twenty minutes. I'm driving with our oldest granddaughter every day from 11:45 to 2:00 -- she has her driver's permit -- and I would never subject her to Rush. She has a different myth of the world than I do. And it will be her world that she inherits, not mine.

One of the reasons we enjoyed our thirteen years overseas with the USAF (Germany, England, Turkey, Africa, Italy) is because we did not have television and we did not subscribe to the local newspapers. The only news we got on a regular basis was Air Force Times.

At first I was concerned / upset about what going on in the big-city protests, but I was no longer concerned when the mayor of NYC said he was in control, and did not need any outside help. That tells me all I need to know. In the big scheme of things, it can't be that bad if the mayor of NYC is not all that concerned. I don't have a dog in that fight -- the nightly protests.

I sent this not-ready-for-prime-time note to a reader earlier today:

I see Rush Limbaugh continues to push the myth / meme that Sweden did the right thing by not locking down like its neighbors.

NY locked down but screwed up by:

a) the nursing home debacle; and,
b) the failure to "manage" the subways

So, in the big scheme of things, NYC never truly locked down.

Had the rest of the US not locked down (or instituted the same policies as NY) can you imagine the headlines with the number of cases / number of deaths across the US?

Even now, folks are worried about a second wave when, in fact, that was not the purpose of lock downs to begin with.

Now, I see this over at ZeroHedge: 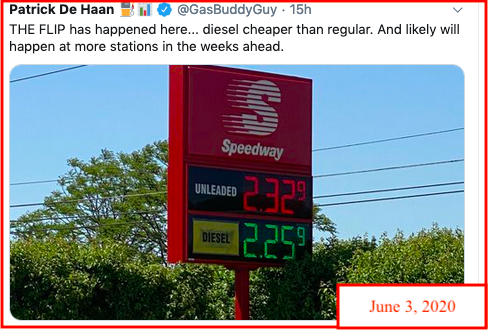 The graphic of the day, link here: 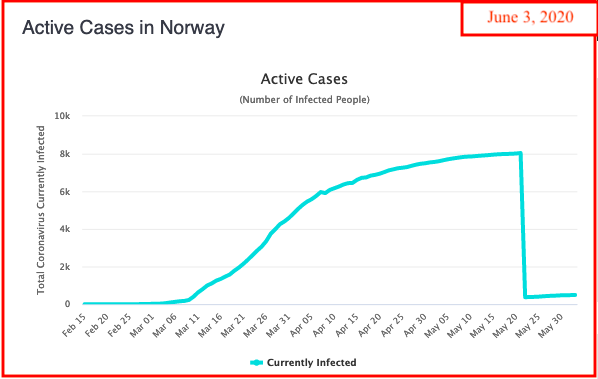 Likely date of destruction based on a marble tablet (parium) from Paros: the seventh from the last day in the month of Thargelion during the 22nd year of the reign of King Menestheus. A recalculation: June 5, 1209 B.C. Other sources suggest that date is very, very plausible. From wiki:


Paros is a Greek island in the central Aegean Sea.

One of the Cyclades island group, it lies to the west of Naxos, from which it is separated by a channel about 5 miles wide.

It lies approximately 93 miles south-east of Piraeus, the port city of Athens.

Historically, Paros was known for its fine white marble, which gave rise to the term "Parian" to describe marble or china of similar qualities.

Celebrate with a Greek meal this Friday. And toast your favorite hero of the Trojan War. My favorite is Diomedes.

One of the fifteen is Hector, and Sophia and I read this bedtime nursery story several times a week, although she says she doesn't like it: August 7, 2020: be sure to look at most recent comments -- the confirmed figures show that the EIA's weekly reports for oil production in May averaged 1,418,000 barrels per day above what was actually produced, so they were off by more than even I imagined...clarifying...almost 1.5 million bopd OVER-reported...actual May production was only 10 mbpd; remember the negative price quotes? those were for May oil...

Never mind: before the internet, no one ever had to own up to these major mis-calls. Goldman Sachs "tapers" call for stock-market plunge. Link here, FWIW.

Why the market keeps going up: earnings. Well, duh.

Amazon: Christmas in July June. Amazon's annual Prime Day event moves more merchandise than Black Friday and Cyber Monday. The Wall Street Journal is reporting that Amazon is looking to move the  annual Prime Day event to this autumn. But, and this is a big "but," Amazon is looking to announce "The Big Style Day" sometime later this month (June, 2020). What I find most interesting: with all the demand already being placed on Amazon, it's interesting that Jeff Bezos would increase that demand. Wow. The replies to the Fox Business article were "all" negative -- not sure what this is all about. Fox readers don't like Amazon?


Three wells coming off the confidential list today -- Wednesday, June 3, 2020: 13 for the month; 158 for the quarter, 385 for the year:
RBN Energy: European and US gas markets look to each other for price direction. Provides excellent update of European gas situation. Archived here.


Natural gas prices in the U.S. were under pressure for many years, long before the COVID crisis gripped the world and threw energy markets into flux. Shale gas production, from both crude- and gas-focused basins, has driven U.S. output to incredible levels over the last 10 years. That growth has led to persistently low U.S. gas prices across the Lower 48, with the benchmark Henry Hub being no exception. The upshot of low gas prices has been steadily increasing demand, both in the domestic market and for exports of liquefied natural gas (LNG) to various markets around the globe. Until recently, those international markets had often been viewed as an insatiable demand sink, but reality has set in over the past year. Prices in Europe, one of the most popular destinations for U.S. LNG, have crashed below Henry Hub, and are threatening the once-steady flow of LNG. Market participants in the U.S. and Europe now find themselves poring over the fundamental details of both markets to determine how long the price weakness will last, or if it will only get worse from here. Today, we look at the increasingly interconnected gas markets on both sides of the Atlantic.

The gas markets in the U.S. and Europe, linked by ever-growing U.S. LNG export capacity, have kept us busy lately. The convergence of Henry Hub and global gas prices has led to a steady decline in feedgas flows to American LNG facilities and a commensurate drop in the number of LNG cargoes exported from Lower-48 liquefaction facilities. A later blog focused on not only the tightening spreads between U.S. and global prices, but also the various variable costs associated with shipping LNG between those markets.


Also, a quick aside on TTF, which stands for Title Transfer Facility. The index was established in 2003 by European midstream operator Gasunie and has since grown into one of the most important and liquid trading hubs in mainland Europe. It’s similar to the National Balancing Point (NBP) in the United Kingdom, but is located in the Netherlands, where market participants can access various receipt and delivery points on the Dutch pipeline grid, which is also well connected with the broader European gas infrastructure.

Posted by Bruce Oksol at 5:02 AM No comments:

Many years ago, Lynn Helms opined that all things being equal, Three Forks wells might be better than middle Bakken wells.

Up until now, 90% of the Sanish oil field wells were middle Bakken wells. New permits suggest operators are moving toward half-and-half: new permits in Tier 1 areas are half middle Bakken, and half Three Forks wells.

I don't believe I have ever posted a multi-well pad with all TFH wells. If not, here is the first example:

From the file report (#36767):
From the NDIC map, the wells go to the south, intersecting the following, producing wells:
In same drilling unit:
parallel, to the east:

Posted by Bruce Oksol at 4:33 AM No comments:

New activity in the Bakken has come to a standstill? The daily activity report for Tuesday, June 2, 2020:

Posted by Bruce Oksol at 4:07 AM No comments: