Wow, what a great country. This technology is simply awesome. Watching soccer from Paris on a laptop. Who wudda thought? Meanwhile, on TCM: Two Weeks - With Love. What Spectrum is charging me for cable, it's less expensive than flying to Paris to watch the soccer game.

I wonder how a "Biden" book would do? This pretty much tells me all I need to know: 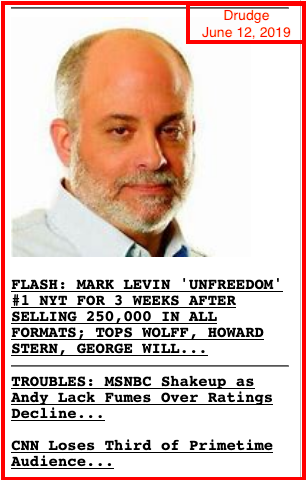 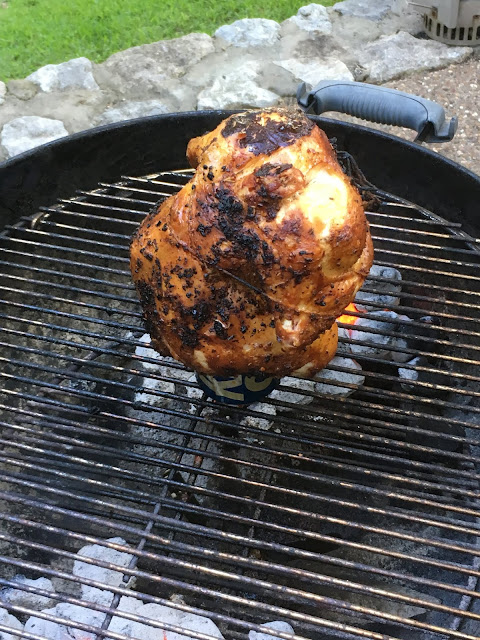 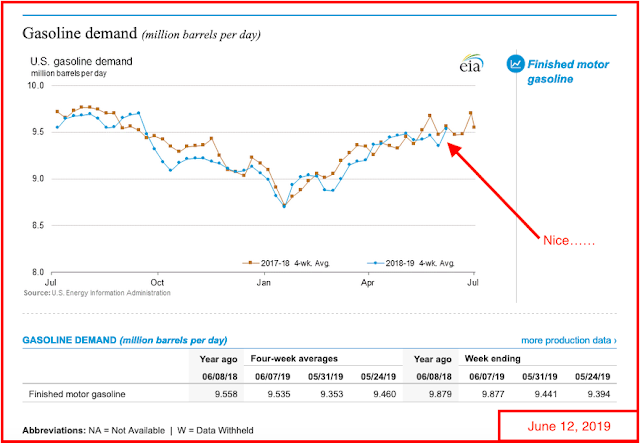 US spending: hits record. US spends $3 trillion in first eight months of the fiscal year, October, 2018, - May, 2019. The good news: the deficit for the current fiscal year is still less than a trillion dollars.

Boeing: further delays. Now, September at the earliest. From an earliest post:


May 25, 2019: that didn't take long. Two days ago I suggested it was going to be a lot longer than Boeing suggested before the 737 Max 8 was back flying. Now this, from The Wall Street Journal, "MAX's return to flight delayed by FAA's re-evaluation of safety procedures for older 737 models. The agency is considering changes in how pilots are trained to respond when the flight-control computer or other systems erroneously pus the plane's nose down."

Apple: to lease a large office complex in Seattle's booming South Lake Union neighborhood. Will be located near Amazon.  The good news that was not reported: Occasional-Cortex does not represent Seattle/Washington state in the US Congress.

Amazon out of the food delivery business. Gig economy is not all that it's cracked up to be.

Retailers: this is the last month (June), maybe we can extend it to July, before their (US retailers)  Chinese orders go in for the US Christmas holiday retail season --

Jobs: two critical things nobody is talking about. Link here.  Whether "the jobs story" is a good story or a bad in the US, analysts over-think it while mom-and-pop retailers and Joe Six Pack/Wendy Wine Cooler can figure it out in a New York minute. From the linked story:
Can't link it but Newt Gingrich has a great op-ed over at FN. I always check in on FN to see the "worse thing" trending. When the lead story is about the US debt, one knows it's a slow news day.

It's just a matter of time:


It's Just A Matter of Time, Randy Travis

From: Helen of Troy: The Story Behind the Most Beautiful Woman in the World, Bettany Hughes, c. 2005.

The Recuyell (collection) of the Historyes of Troye: first book ever to be printed in the English language when Caxton brought the printing press to Westminster in 1476. (It sounds like he began printing this in English while he was still in Germany.)


To speak of the origins of the Torah is, for Orthodox Jews, to speak of the moment on Sinai when Moses received not only the two tablets of stone, but the written Torah dictated to him by the God of the Exodus, and all the oral interpretations that were to be the substance of Rabbinic teaching in subsequent generations.

The Bible itself, however, speaks of books that appear to pre-date the Torah, such as The Book of Yashar and the books of The Wars of the Lord, neither of which has survived. [Think: Lord of the Rings.]

Certainly from around the thirteenth century BCE, which is the general period in which Moses is placed [Trojan War above, 1200 BCE], to the first hints of written texts in the tenth century BCE, it is clear that books such as these, as well as the oral poetic traditions of the people of Israel, were the means by which the core of the Torah was preserved.

Some of the evidence of the earlier oral tradition is to be found in the fragments of songs that can still be detected within the body of the Torah. For modern biblical scholarship, the Torah did not achieve its present literary form until the fifth century BCE with the return of the exiles from Babylon.

Having developed through the period of the first Monarchy, the separation of Judah and Israel, the destruction of the First Temple and the Babylonian exile, it is clear that the Torah is not simply the Five Book of Moses, but a literary mosaic of the experience of the people of Israel through its first commonwealth and return from exile, as well as being the repository of its received pre-history.

EIA's weekly petroleum report:
US days of crude oil supply: 28 days. Trending higher.  Max has been 31 days; 28 days is a very high number. All the US needs is 21 days; very, very bullish for oil traders if the supply were less than 20 days. In other words, a 28-day supply of crude oil in the US ... at the high end.

WTI: after the report was released, the "board" shows WTI trading down 2.78%; down $1.48, trading at $51.79. In fact WTI was at $51.78 before the report came out. So, either the movers and shakes already knew the likely numbers that would be reported, or the report didn't change things.

Wells coming off the confidential list today that reported production:
Oasis Nelson well in the Banks, a huge well:
Production:

The Whiting Larson well in the Corinth oil field:
Production:

Email ThisBlogThis!Share to TwitterShare to FacebookShare to Pinterest
Labels: Scallion

Shell Martinez refinery to be acquired by PBF Energy. Also here from the Rigzone staff, data points:
this is Shell's only refinery in California


When it comes to Texas natural gas markets, the Permian has been getting much of the attention lately, with its rapid supply growth, limited pipeline takeaway capacity and sometimes negative prices. However, a wave of gas infrastructure development just starting to come online along the Texas Gulf Coast is set to steal some of the Permian’s spotlight over the next few months. Two large liquefaction/LNG export facilities are ramping up on the coast, as are the pipeline reversal projects designed to supply them. Also, three announced Permian-to-Gulf-Coast gas pipelines slated for completion over the next 24 months will move supply cross-state to destinations spanning the area from the Houston Ship Channel to the Agua Dulce Hub near Corpus Christi. That’s a lot of change ahead for these key Texas gas markets. Today, we turn our attention downstream of the Permian to the Houston Ship Channel market, including upcoming gas infrastructure expansions and their potential impact on the greater Texas Gulf Coast gas supply and demand balance.

Corpus Christi: to become bigger than Houston with regard to oil exports.
Posted by Bruce Oksol at 7:46 AM No comments: