Headline Story Over At WSJ: For Tesla, The Forecast Is Partly Cloudy; We've Seen This Movie Before; Losses Are Horrendous -- July 10, 2016

Link here. It looks like we've seen this movie before.


Mr. Musk said that bringing electric cars, solar panels and battery storage under one corporate roof would produce operational synergies and create “the potential for Tesla to be a $1 trillion market cap company.”

Neither company (Tesla nor SolcarCity), though aided considerably by government renewable-energy subsidies, has ever recorded an annual profit.

Last year Tesla lost $889 million—nearly three times as much as in 2014—while SolarCity’s loss doubled to $769 million. Investors may be feeling déjà vu as a shadow has fallen over the solar industry.

In April, the renewable-energy conglomerate SunEdison filed for chapter 11 bankruptcy following an Icarus-like fall. A year ago, former CEO Ahmad Chatila predicted that his company would be worth $350 billion by 2020—about 35 times its market capitalization at the time. Nine months later, the stock price had plunged by 99%, to 21 cents per share.

Notwithstanding Mr. Chatila’s sunny forecasts, the company had failed to earn a profit in five years. An internal probe in April faulted a lack of accounting controls and an “overly optimistic culture and its tone at the top.” The Tesla-SolarCity deal is an all-stock exchange, but the SunEdison fiasco is a flashing yellow light.

Much more at the link. Meanwhile, the AP is reporting that MuskMelon has "another secret masterplan."


Tesla Motors CEO Elon Musk, under pressure after a fatal crash involving one of his electric cars, went on Twitter Sunday to say he's working on another "Top Secret Tesla Masterplan." He said he hoped to publish details this week.

The tantalizing message echoes an August 2006 blog post, titled "The Secret Tesla Motors Master Plan (just between you and me)," in which Musk unveiled the cars that became the Tesla Model S four-door family car and the Tesla 3 sports sedan.

About the time we start hearing "secret plans" about anything, it seems it is just a matter of time before the house of cards starts to fall.
Posted by Bruce Oksol at 7:56 PM No comments:

Easier/Cheaper To Buy Than To Build -- Southern Buys Half Of Kinder System In Latest Gas Expansion -- Bloomberg -- July 10, 2016

Also at the WSJ.

From Bloomberg. Data points:
Why?


With demand for electricity declining and natural gas taking market share from coal, Atlanta-based Southern was among the first utility owners to seek growth by buying a gas transporter.

I use a $1 million / mile to build pipeline from scratch.

From Seeking Alpha. Data points:
I don't know how much acreage this amounts to.

We'll watch the NDIC daily activity report to see to whom the wells were transferred.
Posted by Bruce Oksol at 5:56 PM No comments:

Safety regulators at the Department of the Interior began investigating the matter in 2013, after a GE oil-exploration equipment business issued a global recall for faulty bolts on one of its components. The bolts have corroded and sometimes snapped, raising the possibility of a major oil leak.

But the U.S. investigation and two recent bolt failures convinced regulators and industry officials that the problem goes beyond GE and its blowout preventers—safety gear used to halt oil-and-gas flow during a well emergency.

Flaws also have been found in bolts made by GE’s two main competitors for blowout preventers— National Oilwell Varco Inc. and the Cameron unit of Schlumberger Ltd. —and in bolts used in other areas on subsea wells, said Interior Department officials.

Those commenting are probably correct on the cause. Off-shore wind turbines? Same problem?

From Investopedia: behind Exxon's 51.2% rise in ten years. Misleading headline, to say the least. Fundamentals:

Exxon Mobil's dividend steadily rose over the 10-year period from 2006 to 2016, with management explicitly focusing on dividend growth as a priority through lean times.

To counteract the 2014 and 2015 price drop, the company shed operating and capital expenses. 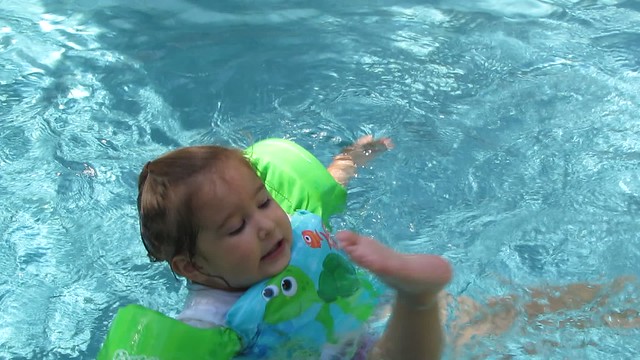 This is really cool. Great Britain has a two-tier medical system: a national health service to which everyone belongs, and  private insurance (in addition to NHS) for those who can afford it. I don't know if folks have caught it, but Hillary Clinton has proposed the very same thing. Whether "we" want it or not, or whether it's "good or bad" for the US, we are moving toward the British system. There will be a lot of resistance, but it will happen ... the only question is how long will it take.

It's really cool, not because I necessarily support it, but the way "it" developed.

I'm not going to provide any links. I mentioned it in passing in an earlier post.

I think it's a big, big deal. Again, I'm not saying I'm "for" or "against" it; I'm just saying it's going to happen. At least the tea leaves told me that earlier this morning.

[For the record, I don't drink tea. But while brewing my daily cup of coffee, I also brew a cup of tea to read the "tea leaves." It's easier (and less messier) han reading the entrails of some gopher.]


Health Alliance Plan, Priority Health and Federated Insurance have decided to continue offering small-business customers with two to 50 employees the option of continuing through 2017 health plans that do not conform to new benefit and rate-setting rules mandated by the Affordable Care Act.

After President Barack Obama was criticized for his campaign promise that individuals and businesses could "keep their policy if they wanted," he deferred to state insurance commissioners in November 2013 whether to allow health insurers to extend plans that were not Obamacare-compliant through 2017.

Under Obamacare, health insurance policies must include a minimum of 10 essential health benefits — including wellness, mental health, ambulatory and maternity coverage — set prices using an age rating system, and comply with other affordability requirements.

Michigan's health insurers were allowed to choose whether they wanted to extend existing plans for three years starting in 2015. Only a few allowed small businesses to continue their existing plans with price increases that reflect historical trends. 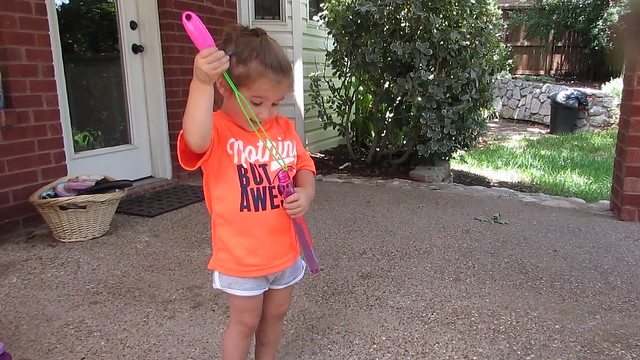 Previously posted. This time the graphic: 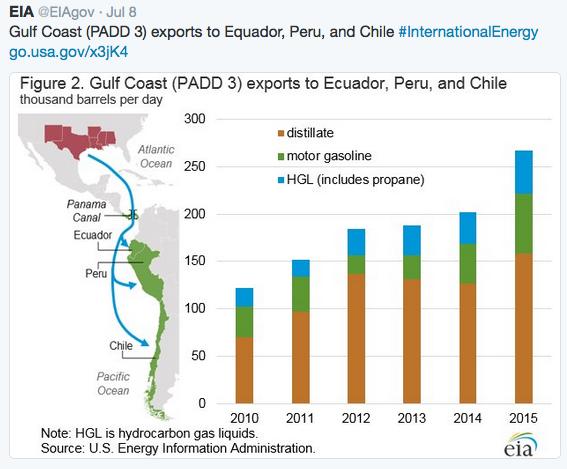 Shut down the pipeline and we now have two barges/week -- emitting all that CO2 -- delivering diesel fuel to Green Bay.


Nearly all U.S. coal plants have come into compliance with the EPA’s Mercury and Air Toxics Standard—which the Supreme Court last year ruled is illegal—and only a small percentage have closed.

It may be another sign that U.S. pollution goals may be more easily achievable than opponents claim. [Again, this is a Forbes article.]

Last June, the Supreme Court ruled in Michigan vs. EPA that the EPA had not conducted a sufficient cost-benefit analysis of the 2012 rule, which prohibits the emission of mercury, arsenic and other airborne toxins. But the court left the rule in place while the EPA conducted that analysis, and nearly all vulnerable coal plants have borne the costs and stayed in business.

About 1,400 coal and oil plants are affected by the rule, but EIA measures the industry in terms of gigawatts, a unit of the energy produced. From December 2014 to April 2016, U.S. coal capacity dropped from 299 GigaWatts to 276. Of that vanished capacity, about 20 GW retired. About 6 GW converted to natural gas.

But a much larger number—87.4 GW—adapted to the new regulation by installing pollution control equipment.

Hillary now supports:
A little bit for everyone.


The Centers for Medicare and Medicaid Services has released the latest report on the state of enrollment for the Affordable Care Act, better known as Obamacare, and it contained quite a surprise.

As a refresher, the CMS reported Obamacare enrollment as of the end of the 2016 enrollment period to be about 12.7 million. This included more than 9.6 million enrollees via HealthCare.gov, the federally run marketplace exchange covering 38 states, and roughly 3.1 million enrollees coming from the one dozen states, such as California, New York, and Washington, that operate their own exchanges. Seeing as how Obamacare ended 2015 with 9.1 million enrollees, this jump of 3.6 million people, equal to about 40%, was viewed as a big win for the program.

But looks can be deceiving. Last week's CMS report, which used insurer and marketplace data through March 31, 2016, just two months following the 2016 enrollment deadline, found that only 11.1 million consumers were still enrolled and paying. In just two months, 1.6 million people had stopped paying their premiums or lost coverage.

This is not news; this has been the norm since the program went live. We've talked about it at length. There are a number of reasons people would quit paying premiums, but we've talked about them before.

I track the Austin Chalk here.

Three days ago, July 7, 2016, just on a whim, nothing else to do, I checked the level of Lake Mead -- and noted the lake had reached "historic lows."


This may be what the start of a water war looks like.

Yet if war is really imminent, why is one of the region’s most experienced water managers doing the same thing he has done for years: tinkering?

“I like to describe this as another incremental step,” said Tom Buschatzke, director of the Arizona Department of Water Resources.

Buschatzke was talking about a plan he is helping develop, along with water managers in California, Nevada and Mexico, that would voluntarily reduce water allocations from the Colorado River to those three states and Mexico. They hope to have it in place in time to avoid steeper, mandatory cuts that could begin as soon as 2018.

And much, much more at the link.

And if you have nothing else to do, google: the 'Holy Grail' for earthquake scientists has been accidentally destroyed, or if you have a subscription: http://www.latimes.com/local/lanow/la-me-ln-earthquake-curb-destroyed-20160705-snap-htmlstory.html.

What are the odds?
Posted by Bruce Oksol at 9:56 AM No comments: