This page won't be updated; this well is tracked with the Brandvik/Weydahl wells. The Brandvik / Weydahl wells have been updated -- they are huge wells and are tracked here.

The well:
Full production to date:

This page will not be updated. The Oasis Kellogg Federal wells are tracked here.

Another great day. Except lots of rain now, and very cold tonight here in north Texas which means Olivia will have indoor soccer.

8:15 p.m. Central Time, 24 hours after the California primary ends -- pretty much impossible to find accurate California count of delegates for Bernie, Biden. "Everyone" reporting a different number. It appears the total US delegate spread between Biden (ahead) and Bernie (behind) is about 52 delegates.

Cost of narcissism: a reader brought this to my attention -- from the internets --

Normal new hospital development costs, barring equipment, is about $400 per square foot. Some enormous hospitals cost around $1.5 million for every bed to build. In the event that you are wanting to assemble a hospital of over 1.3 million square feet and 500 beds, it will cost you approximately $800 million. Feb 8, 2019.

Steyer and Bloomberg spent upwards of $1 billion for campaigns that lasted less than a few months; and, resulted in a handful of delegates.

Tennessee: more voters turned out to vote for Trump than for Biden and Bernie combined.

Brokered convention: that may be the least of the Democrats' worries. Bernie will either run as an independent or his supporters will stay home in November.

Minnesota: analysts completely missed that story. Those on the ground in the Twin Cities know exactly what happened. Thank you, Pocahontas! LOL.

Bloomberg: prediction -- announces that he will drop out today. It's not that he doesn't have the money to keep going, he's become a laughingstock of politics. [Wow, that was prescient: I posted that before I saw the headline -- just saw the headline -- he's suspending his campaign. Suspending.]

The question is being asked: why is Pocahontas still in the race? In this case, follow the money. She will get out of the race once her political bank account is in the green and/or she has enough left over from the presidential run to fund her US Senate re-election in 2024. 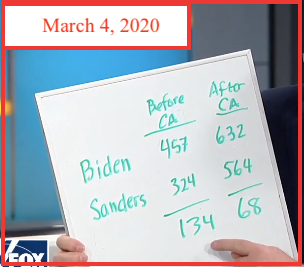 The market: companies keep raising dividends. Those with a 30-year horizon: we don't get buying opportunities like this often. And, yes, this morning I added more shares in a position I am building; a non-energy company.

Question for the day: why does the CDC and/or the media not report seasonal flu statistics on a daily basis like they do for coronavirus?

The Kellogg Federal wells:
The graphics: 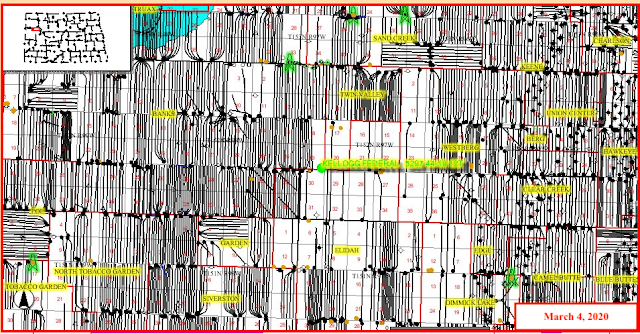 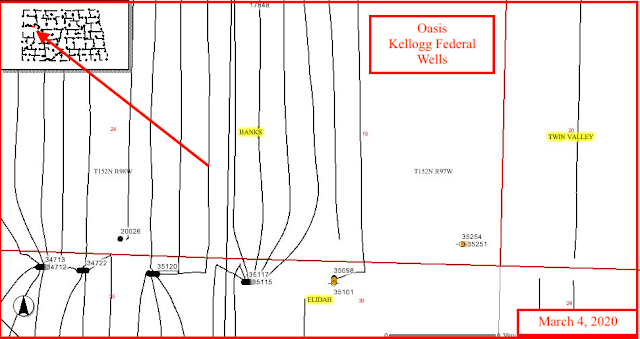 
Given that Permian natural gas prices are once again hovering under $0.50/MMBtu, Texas’s other gas markets get little attention these days. That doesn’t mean that major shifts in the Lone Star State’s natural gas supply and demand markets aren’t occurring outside of West Texas, however. In fact, it’s quite the contrary, particularly when it comes to the Houston Ship Channel gas market. There, major changes — new gas pipelines, pipeline reversals and new LNG trains — continue to influence flows and prices. Today, we provide an update on the latest in gas infrastructure changes along the Texas coast and their potential impacts on the region’s supply and demand balance.


The new, large-diameter crude oil pipelines coming online between the Permian Basin and the Gulf Coast grab all the headlines.

They wouldn’t be nearly as valuable to producers, however, if it weren’t for a number of other, smaller projects being developed in West Texas to transport large volumes of crude from major gathering systems and storage hubs to these new takeaway pipelines.

A case in point is Lotus Midstream’s recently unveiled Augustus Pipeline project, which will use a combination of new and existing pipe to initially transport up to 150 Mb/d of West Texas Intermediate (WTI), West Texas Light (WTL) and West Texas Sour (WTS) from Midland to Crane. When Augustus starts flowing late this year, crude delivered to the Crane hub could flow into the Longhorn Pipeline to Houston, or maybe the EPIC Crude or Gray Oak pipelines to Corpus Christi. Today, we discuss Lotus’s planned Midland-to-Crane project, and its significance for Midland Basin producers and the pipe’s owner/developer.