US Court Sides With Trump's EPA On Fuel Blending Requirements -- May 17, 2019


A US federal court today denied a request to block the Environmental Protection Agency (EPA) from issuing waivers that have slashed federal fuel blending requirements.

The Advanced Biofuels Association (ABFA) "has not satisfied the stringent requirements for an injunction pending court review," a three-judge panel of the DC Circuit Court of Appeals said.

EPA and the ABFA did not immediately comment on the decision.

The association argued that EPA arbitrarily increased waivers to issue as many as possible. EPA has responded that the decisions were not a rulemaking that could be challenged in federal court and said it has followed the law to administer the program.


In case you were wondering, or if you need something for that cocktail party later this week: Japan's "top three" wagyu brands — Matsusaka Ushi, Kobe beef, and Ohmi (Omi) beef — all hail from the Kansai region of Japan.

It looks like the PGA is doing what it can to keep Woods from missing the cut.

Throughout almost the entire day the cut was +3, the top 70 golfers (plus ties).

Woods went to +4 with a bogey at the fourteenth hole.

The PGA / Bethpage Black moved the cut to +4 which is now up to almost 90 players (87 to be exact). Seventeen are tied at 70 (+4). For newbies, the number that make the cut in most PGA tournaments is 70, not 90. But for Tiger it looks like they will stretch it a bit.

With four holes left, certainly Woods can pick up one stroke, letting him play the weekend.
Posted by Bruce Oksol at 4:26 PM No comments:

MRO may, again, get recognized as the best / most interesting "medium" operator in the Bakken for 2019.

CLR has its Brooklyn oil field; MRO has its Bailey.
Posted by Bruce Oksol at 1:17 PM 2 comments:

May 18, 2019: I just showed this to a Harvard MBA who had not seen the most recent survey. I showed him the graph below with the two ovals. He said that the survey was a "lagging indicator" and that in fact the Obama administration put this all in motion. So, there you have it. From the mouth of a(n) Harvard MBA.

So, let's take a look: google "is consumer sentiment a leading indicator or a lagging indicator?" First hit: investopedia. Confirms what I thought. However, yes, the current economy is the result of things that occurred in the past.

The University of Michigan’s preliminary print on its consumer sentiment index rose to 102.4, up from 97.2 in April and well ahead of expectations.

The last time consumer sentiment was this high was in 2004, five years before Obama took office.

Going back through my journal(s) during the Obama years. It's easy to forget how incredibly bad things were during the Obama administration and how he was doing his best to make things worst. Oil was at $110 and gasoline was averaging $4.00/gallon across the US. He had no plan. His administration was supporting Iran. He was banning drilling on federal land. Today, "they" are still banning drilling on federal land, but crude oil (WTI) is struggling to stay above $60, and gasoline is $2.60/gallon, except out in California, where they now talk of banning automobiles.

And yet the WSJ has an editorial today: Trump does not deserve credit for this economy.

The delta between the two ovals in the graphic above is not trivial.

Of course, CNBC reminds us, it's important to note that the optimistic consumer outlook was mostly recorded before U.S.-China trade deliberations soured earlier this month.

Significant achievements of the 115th US Congress, Pelosi's house: 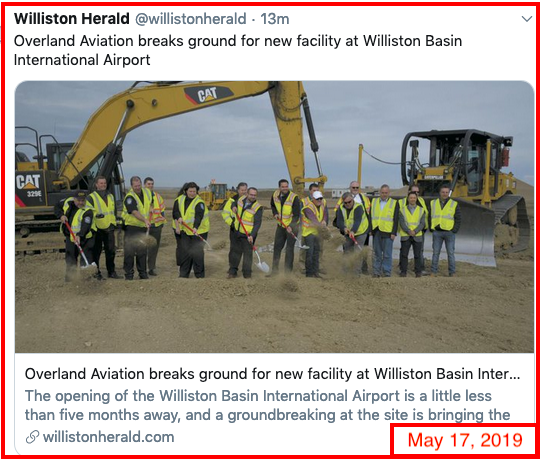 Airport itself still on schedule (?) to open later this autumn, 2019.

Go ahead, make my day.

Fort Stanwix: had been rechristened Fort Schuyler but still commonly referred to by its original name; commanded by a 28-year-old patriot of Dutch heritage, Colonel Peter Gansevoort. West of Albany, all that stood between Albany and the Brits coming from the west, from the eastern shores of Lake Ontario, was Fort Stanwix.

Fort Stanwix came under siege by the Brits and their Indian allies. Benedict Arnold agreed to a crazy plan concocted by one of his officers, Lt Col John Brooks, to persuade the Indians to give up the siege. His plan worked, the Indians gave up the siege, and the Brits had no choice but to abandon their attack on Fort Stanwix.


During the march through the wilderness of Maine in the fall of 1775, [General Benedict] Arnold had been accompanied by a group of Abenakis that included Natanis, who along with his brother Sabais had been there during the storming of Quebec. According to a tradition not recorded until the 1870s, Natanis prophesied that Arnold, whom he called "The Dark Eagle," would ultimately fail in accomplishing his overly ambitious objectives. Although the account of the prophecy is probably apocryphal, Arnold had nonetheless extensive experience working with native peoples by the time he had led the rescue mission up the Mohawk River. While in German Flatts, he began to realize that the Iroquois might hold the key to saving the Americans at Fort Stanwix.

The six tribes of the Iroquoi were the Mohawk, Oneida, Onondaga, Cayuga, Seneca, and Tuscarora, whose territories stretched from the Hudson River and Champlain Valley into western Pennsylvania. The Iroquois had enjoyed centuries of peace within their nation and developed a highly sophisticated culture and political structure that some have argued contributed to the Americans' evolving ideas of how thirteen English colonies might become a single nation. But the Revolution had changed everything. Most of the tribes of the Iroquois had sided with Great Britain, but the Oneida, due in part to their proximity to the American settlements along the Mohawk River and the influence of the Presbyterian missionary Sameul Kirkland, had sided with the United States. With the unity of the Iroquois broken, Arnold recognized an opportunity.


Federal payments for that high speed rail are dead. https://www.reuters.com/article/us-california-rail/us-cancels-929-million-in-california-high-speed-rail-funds-after-appeal-rejected-idUSKCN1SM2F9.

The state was warned before, but now action has been taken.

California was already showing signs of possibly giving up project themselves but now they can blame it on the Feds. Doesn't matter...no reason to throw good money after bad. 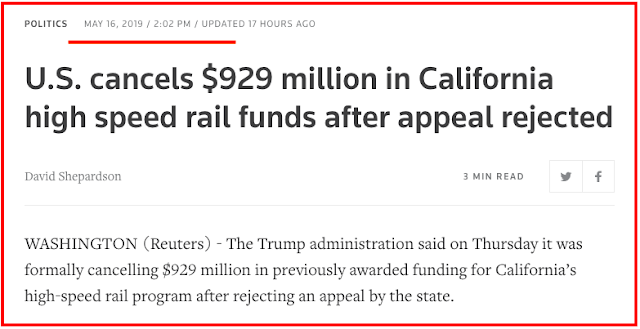 
There was not much news after the February announcement that the "bullet train was dead / not dead." I did find this from about a week ago: https://www.latimes.com/local/california/la-me-bullet-train-trump-dispute-20190508-story.html.

I had not yet read the Reuters story that the reader linked.

From that link: the Feds and the state of California are no longer talking to each other with regard to the bullet train.
This is the legal basis on which the decision was made to cancel the billion dollars, and also the legal basis to "claw back" Federal money from California for this project that was killed: https://www.usatoday.com/story/news/nation/2019/02/13/california-high-speed-rail-plan-bullet-train/2861594002/.  At that USA Today story the governor said the project was dead. He was substituting a different project -- a short 100-mile railroad track from nowhere to nowhere with no purpose.


The AltaGas/Royal Vopak Ridley Island Propane Export Terminal in the Port of Prince Rupert, BC, is poised to receive and load its first Very Large Gas Carrier (VLGC) any day now, a milestone that will make it Western Canada’s first LPG export facility and only the second such terminal in the greater Pacific Northwest region. With a capacity of 40 Mb/d, the facility is likely to provide a healthy boost to Western Canadian propane exports in 2019, easing oversupply conditions in the region while also providing producers with enhanced access to overseas markets, particularly in Asia. Today, we take a closer look at the new Prince Rupert facility and what it means for the Western Canadian propane market.