Posted by Bruce Oksol at 7:57 PM No comments: 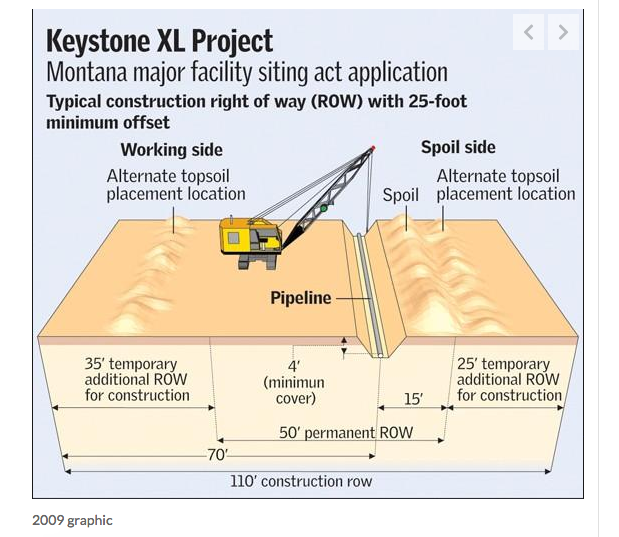 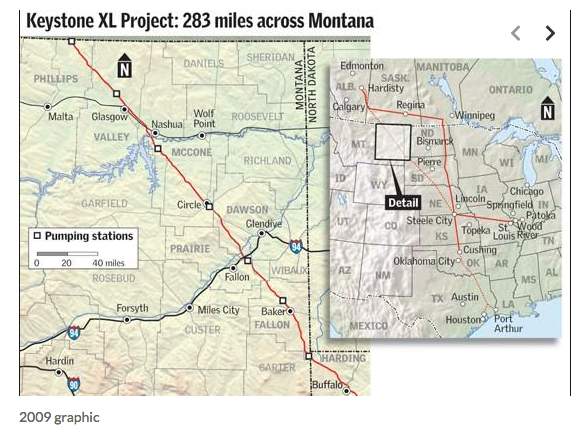 July 16, 2018: back story, I guess, from Reuters, May 3, 2018 -- TransCanada will start work on Keystone XL in Montana in autumn, 2018 --
No mention whether a letter was sent to Pocahontas but I assume as a Congressperson she gets an info copy.

A reader alerted me to "folks in the local area" (southwest North Dakota / eastern Montana) preparing for "action" near Baker, Montana, as TransCanada prepares to start laying pipeline.

The question was asked in an e-mail: where will TransCanada first start working in this area?

One reader who apparently knows the area well and has his ear close to the ground suggested in an e-mail:

It sounds like they will start hauling to Baker first?

Once they get closer to Camp Crook I do not know which highway they will be hauling on but Gascoyne will be a target area as folks can hold up the progress of the line at that location.

Gascoyne, near Scranton, ND, is a few miles to the southeast of Bowman. See this post from several years ago.

Gascoyne, from The Bismarck Tribune, January 26, 2017 -- more than a year ago
This is the map of the towns mentioned in the e-mail: 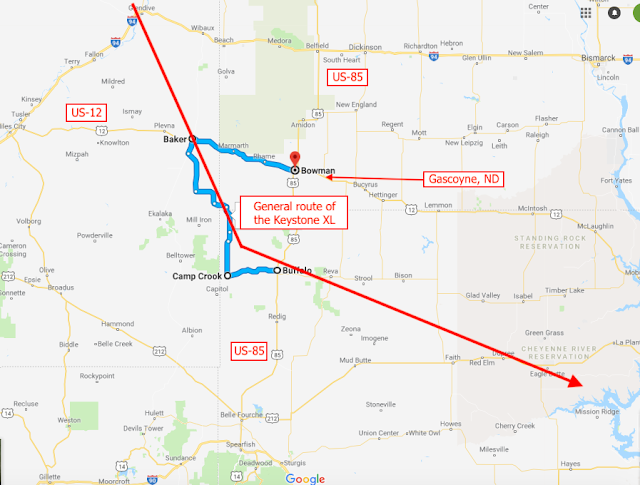 Route of the Keystone XL: 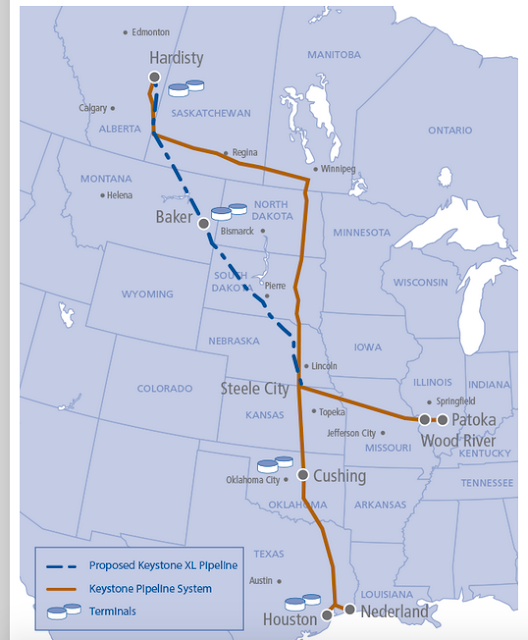