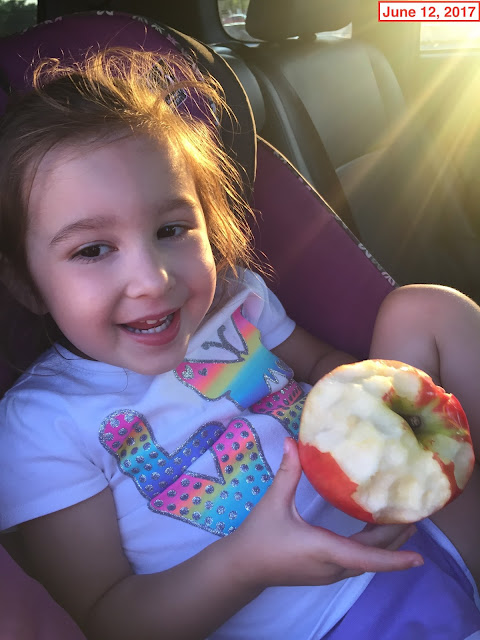 
Note: active rigs are almost twice what they were one year ago. In addition, 50 rigs "under Bakken 2.0" can easily produce what 200 rigs did "under Bakken 1.0."

Posted by Bruce Oksol at 7:09 PM No comments: 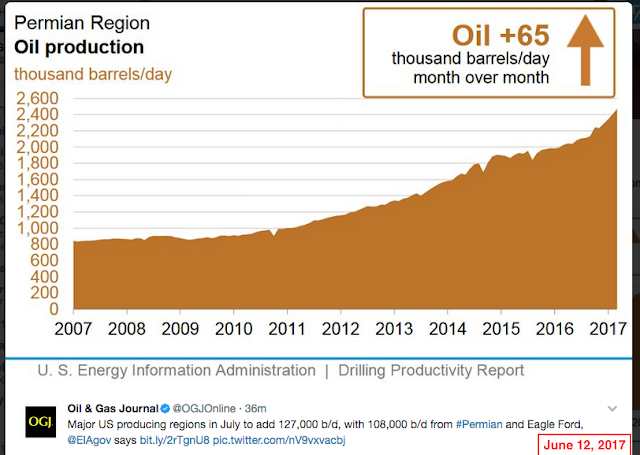 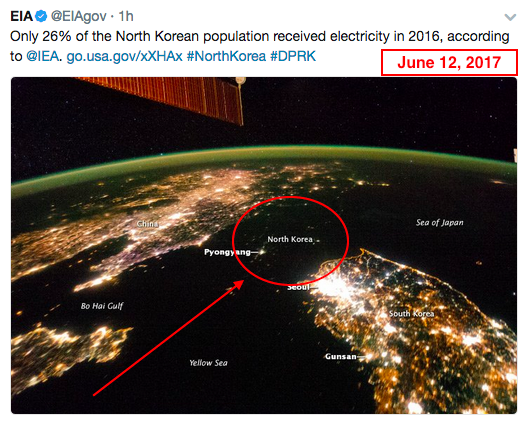 Posted by Bruce Oksol at 4:01 PM No comments:

From The Bismarck Tribune, nothing new for regular readers of the blog: new technology could recover more oil from early Bakken wells. Data points:
Comments:

Posted by Bruce Oksol at 2:45 PM No comments:

Over on the "daily note" I recently posted:


June 9, 2017, T+140: James Comey's testimony -- there was no there there. To coin a phrase. By the way, Tina Fey would say that her "gadar" was pinging during Comey's testimony: expressing his feelings: felt nauseous; felt discomfort; might have done things differently had he been "stronger". Didn't sound like a Washington lawyer; sounded like a man trying to come to terms with his feminine side. To quote Willie Nelson, "cowboys are frequently, secretly fond of each other."

Today, in The American Thinker:


Aside from revealing that President Trump is guilty of exactly nothing but winning an election, James Comey sure did reveal a lot about himself. His feelings are easily hurt, he gets scared in Trump's presence, he gets nauseated, is weak, gets confused and stunned. He is sorry his workforce had to hear what Trump said about the FBI, that it is in disarray. He sounded like a college snowflake on almost any American college campus in need of a safe space.

After a lifetime as a lawyer, U.S. attorney for the Southern District, U.S. deputy district attorney, and corporate lawyer, this is a man who never should have been appointed as director of the FBI. He does not have the temperament for the job.

We learned yesterday that he unlawfully leaked his own memo, property of the FBI, to the press to "spur a special prosecutor" and cover his own backside. Why not turn it over to acting director McCabe or the DOJ?

Because he's malicious. He likely leaked a whole lot more to the press that is so in love with anonymous sources. The guy was positively Machiavellian in his attempt to smear Trump and protect himself.

But Machiavelli would not be proud; Comey was too clever by half. He essentially admitted that Trump had done nothing wrong beyond making Comey uncomfortable, being a compassionate man regarding Michael Flynn, and not using the approved vernacular or prescribed handshake of the D.C. establishment.

Much more at the link.
Posted by Bruce Oksol at 2:23 PM No comments:

Today, another state cries "uncle." Or better said, "cries for help from Uncle."


Facing what it called a “collapse” of its Obamacare market next year, Iowa is asking the Trump administration to let it reallocate millions of dollars and create a stopgap program that would provide health insurance options for 72,000 Iowans covered by the Affordable Care Act.

Under the proposal made public on Monday, the state would use $352 million in federal money to provide backup funding for insurers and overhaul Obamacare’s subsidies for consumers next year.

The state would also create a single standardized plan that insurers would offer.

So many story lines.
Posted by Bruce Oksol at 1:59 PM No comments:

The decline in proved reserves was heavily concentrated in a few companies that reduced their estimated reserves from Canadian oil sands projects.

Collectively, their global crude oil and other liquids production averaged 24 million barrels per day during 2016, or about 25% of the global total. --- EIA

See disclaimer this page and elsewhere on the blog.

TSLA: if the tech index continues to fall or remains sluggish, it could not come at a worse time for Tesla. Everything I've read suggests the company will need a huge amount of cash to "ramp up" -- which the company said they planned to do in July, 2017, although as recently as two weeks ago, I've heard analysts suggest the "ramp up" is moving to the right, as "July/August, 2017."

Market: looks like another buying opportunity on the market today. We don't often get these opportunities. Again, remember, this is not an investment site. Do not make any investment, financial, travel, job, or relationship decisions based on anything you read here or think you may have read here.

Lots of moving parts, again, within the DFW families. Arianna begins an interesting camp this week, starting with a day at "golf camp" toay. I will be driving Olivia to Olympic Development Program -- Soccer (Plano) and staying in the area during the morning training. Grammy has just departed DFW for two weeks in Los Angeles. Sophia's schedule stays the same: Tutor Time every day and will be picked up by me every day at 4:00 p.m.
Posted by Bruce Oksol at 5:19 AM No comments:

RBN Energy: what are "we" going to do with all that produced water?


Today most produced water moves off the lease in trucks, although producers are now increasing their investment in produced water-gathering and transportation systems to move the barrels to centralized facilities and disposal wells. But here’s the bottom line: it costs just about as much to move a barrel of water as it costs to move a barrel of oil.

And there is a lot more water than oil coming from a given well. The implication is that the largest single cost of operating a well — sometimes more than half of total operating cost — is produced-water disposal. That is a number that can impact producer economics and thus capex investment plans, drilling activity and production growth.

Worse yet, there is concern in some quarters that the sheer volume of produced water may eventually overwhelm the ability of the network of facilities and disposal wells to keep up with crude oil production, resulting in a constraint on growth in the Permian. In the next blog in this series we will examine the costs of produced water disposal and how those costs may affect Permian crude oil development over the next few years.