No New Permits; One DUC Reported As Completed; One Permit Canceled -- October 15, 2021

Covid-19 vaccinations: huge jump in number of vaccinations given over the past two days. Link here. On another note, finally, US opens borders to foreign tourists. I'm loving it.

Seriously under-valued: US oil companies are seriously undervalued. I really like a handful of analysts over at oilprice.com. Alex Kimani is one of them.

Greta: did you hear that coal generation in the UK jumped as wind speed dropped. Yup, that's what Charles Kennedy is reporting.

Coal met some 3 percent of the UK’s electricity demand on Friday morning, reaching its highest level of Britain’s power generation in one month, amid lower wind speeds this week and an outage at a gas-powered plant, Bloomberg reports.

The last time the UK generated 3 percent of its electricity from coal was in early September when low wind generation reduced renewable power supply and triggered the massive spikes in UK wholesale electricity prices.

Utility Uniper fired up its coal-powered plant in Ratcliffe early on Friday, while the gas-fired plant in Pembroke, Wales, operated by RWE, suffered an unplanned outage. [It doesn't take a rocket scientist to see where this is headed.]

Over the past week, gas has consistently accounted for the largest share of the UK’s electricity generation, according to data from National Grid ESO. For example, on Wednesday, gas produced 44.8 percent of Britain’s electricity, more than wind with 19.2 percent and nuclear with 12.6 percent.

Surging natural gas prices and warm and still weather in September forced the UK to fire up an old coal plant that was on standby in order to meet its electricity demand.

The UK has pledged to phase out coal-fired power generation by October 2024.

Posted by Bruce Oksol at 5:46 PM No comments:

Cars: car dealers in the area -- and we have some huge dealerships -- must be under intense pressure to survive. The lots are literally empty in some cases and very close to empty in most, if not all, dealerships.  Some are willing to take orders; others are not; the latter, first come, first served. One dealership with this sign: cash offer for used cars in five minutes. I'm sure there's some hyperbole there but if accurate not even time for a dealer's mechanic to check out the used car.

Slim Chickens: first noted at the blog on September 22, 2021. A reader, thank you very much, has just sent a photo of the new eatery under construction ... hope to get it enclosed before winter? 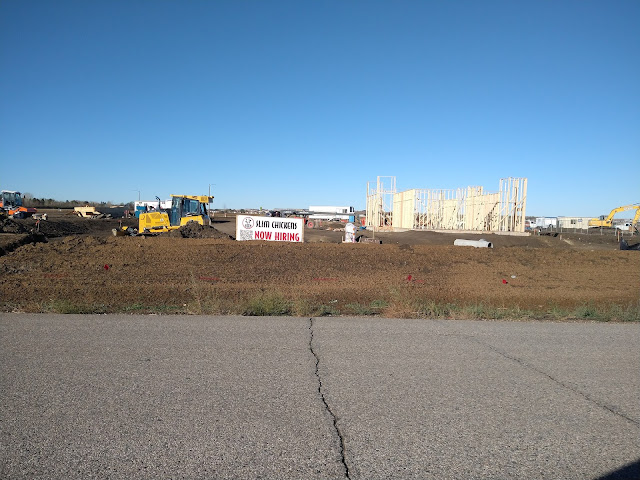 Trenton: once that $2.8 billion facility begins construction in 2023, Williston is going to need a lot of:

The "Unleashed" event had been widely expected for some time, so it came as virtually no surprise to anyone, yet one senses more excitement than for the iPhone 13 launch. The iPhone 13 series has, in many ways, turned out better than expected, both in performance, as well as sales. But it was still incremental.

The new MacBook Pros, on the other hand, will be truly new. They will feature a complete hardware redesign inside and out. The bodies will be thinned and lightened to take advantage of Apple Silicon's energy efficiency. New screens (in 14-inch and 16-inch sizes) are expected to feature mini-LED backlighting for improved contrast.

Most reports continue to refer to the Apple Silicon chip that will power these new Macs as the M1X. I personally doubt this. It's been nearly a year since the release of the first M1-powered Macs. Apple needs to convey more progress than just an incrementally improved M1, so I think the "M2" designation is likely.

This won't be just a marketing ploy. I expect the new M2 not only to feature more CPU performance cores (8 vs. the 4 of the M1) but a new design for the cores based on the A15 Bionic. From early performance testing of the iPhone 13, it's apparent that the A15 performance cores got a performance bump. As reported by Tom's Guide, the A15 in the iPhone 13 Pro scored over 20% better than the A14 in iPhone 12 Pro in the Geekbench 5 multicore test.

Graphics processing also is expected to improve with at least double the M1's 8 GPU cores. Other features of the A15 will likely be carried over as well, including an improved Neural Processing Unit and Image Signal Processor. The integrated memory, a unique feature of the M1, will likely get a speed bump and larger base configuration (16 GB vs. 8 GB in the M1).

This will be the pattern going forward. iPhone will introduce the latest Apple Silicon designs in a scaled-down chip, with M-series chips building on these designs and scaling them up for Mac use. Apple has to do this in order to make best use of its processor design and engineering resources.

Netflix: absolutely blowing away the competition.

Nature has the article, but a bit more "difficult" to read, though this is pretty straightforward, written for an eighth-grader: The discovery of RaTG13 bat coronavirus in China suggested a high probability of a bat origin.

I guess one can read tweets or read Nature. I know where the Reddit crowd is headed. LOL. Abstract here.

Tesla and Netflix will be huge this quarter.

Pumpkins: when you go out shopping today, note the bins are overflowing with pumpkins, In our neighborhood grocery store, overflowing and selling for $5.00 apiece. How do pumpkins get to market?

Norwegian air: no longer requires masked passengers or crews. I wonder if Norwegian air requires their pilots and crews to be vaccinated?

Reuters or The Onion? The Babylon Bee?

From Reuters today, with a straight face:

“I would say that part is a supply issue...but part is also a logistics issue of being able to move supply around the country,” Psaki said.

Biden White House: looking at ways of moving "energy" around the US. I can't make this stuff up. Link to Reuters. 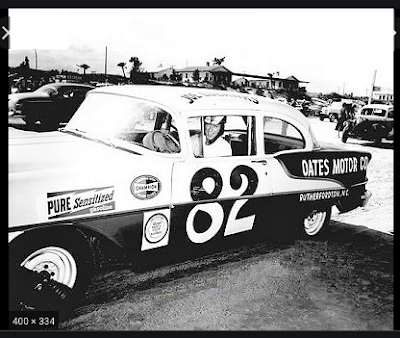 RBN Energy: if you aren't reading RBN Energy every morning ... well, what can I say? See below.

Market: being reported and repeated over and over this a.m. -- inflation numbers came in better than expected yesterday.

Biden White House: looking at ways of moving "energy" around the US. I can't make this stuff up. Link to Reuters.

Supply chain shortages: a meme that needs attention; more on this later if I don't forget.

Billionaire Warren Buffett tried to buy it but later bowed out. Billionaire Carl Icahn thinks buying it is a dumb idea — and has launched a tender offer and proxy fight to stop it. The long and winding road leading Southwest Gas Holdings to its planned $1.975 billion acquisition of Questar Pipeline from Dominion Energy started more than a year ago and touches on a number of hot-button topics in today’s energy industry: the divestiture of natural gas assets, the ongoing energy transition, concerns about antitrust regulations, activist investors, and infrastructure. In today’s RBN blog, we look at the sale itself, the current state of natural gas production and pipelines in the Rocky Mountains, and how that gas fits into the nationwide picture.

The made-for-HBO story behind the Questar Pipeline sale begins with Dominion Energy’s decision to sell a broader set of its natural gas transmission and storage assets to Buffett’s Berkshire Hathaway Energy in July 2020. The $9.7 billion deal, which included the assumption of $5.7 billion in debt, was part of Dominion’s plan to focus more on renewable generation and move toward its goal of net-zero greenhouse gas emissions across all its operations by 2050. Dominion said at the time that it expected up to 90% of its future earnings would come from its state-regulated electric and gas utilities in North Carolina, Ohio, South Carolina, Virginia, and Utah. The deal also included a 25% ownership interest in the company’s Cove Point LNG terminal in Maryland, as well as assets in Appalachia.