Cleaning off my desktop. No internet so using my cellphone as a hotspot. might come back to some of these stories later. 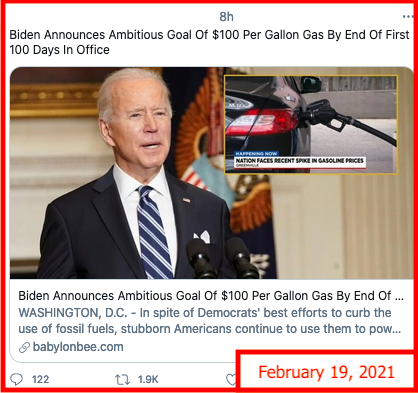 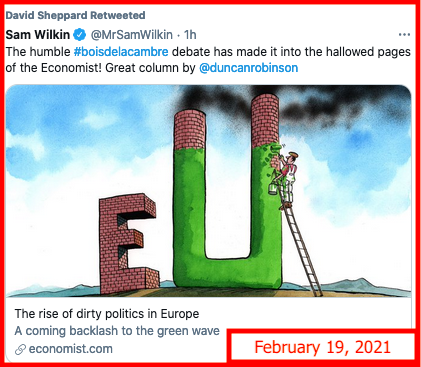 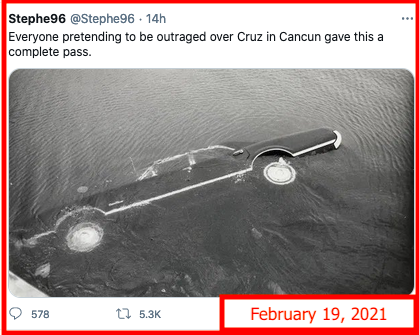 Begin here with this link.

It continues at this link.

I'm hoping the links work. A reader sent me this. Explains a lot. 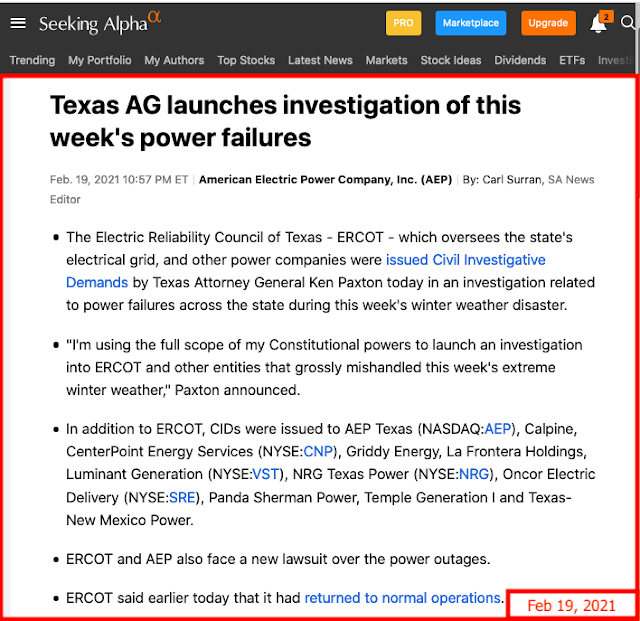 Later: see this note from a reader.

Don't you just love it when someone can get "deadly," "Jerry Jones," and "shale" all in one tweet!

Only one more word would have made that sentence "quadrupaly" perfect: fracking!

Fracking insanity: a shale-drilling company in which Jerry Jones is the majority shareholder is profiting massively off of the deadly winter storm in Texas.

One might want to mention it hasn't always been this way:


Earlier this month [November, 2019], Jones confirmed that his Comstock Resources Inc. is in talks to acquire shale gas assets in Louisiana from financially strapped Chesapeake Energy Corp. in a deal that could be valued at more than $1 billion. And in June, in another billion dollar deal, Comstock announced plans to acquire Covey Park Energy LLC, a closely held natural gas company with operations in the Haynesville area.

Jones said his long-term plans are to buy up oil and gas assets through Comstock, in which he owns a 73% stake,.

Haynesville, which mostly produces natural gas, has been forlorn due to a nationwide glut of the heating and power plant fuel. The number of rigs drilling wells has steadily dropped over the past decade. The 53 rigs working there is down by more than two-thirds from early 2011, according to Baker Hughes Co.

Comstock shares have plunged 95% since July 2014, when crude prices first began to tumble.

While rival gas drillers such as Chesapeake have sought to pump more oil, Comstock has pursued a different course, shifting deeper into gas by reducing crude to just 9% of output last year from 39% in 2014.

When Comstock announced plans to buy Covey Park, Jones likened the deal to his historic acquisition of the Cowboys, saying he bought when “everything was down and out.”

And so it goes. But let's concentrate on Jerry Jones profiting massively off this Texas deep freeze.

Posted by Bruce Oksol at 9:56 PM No comments:

Boxes can be picked up beginning tomorrow, February 20, at 10:30 a.m. and will be available while supplies last.  Boxes will include milk, meat, produce, and yogurt.

This service is separate from GCISD’s curbside meals service.

Professional sports: on another note, a professional athlete is moving in across the street from Sophia. Whoo-hoo. It's not Jordan Spieth, although Jordan is from Dallas. Grapevine is also historically close to the annual NFL draft.

Television: Sophia's favorite cable television series is a series about an avatar, Korra (female). Sophia teaches me a lot. Tonight, she clicked on series 1, episode 1 to "bring me up to date." LOL.

So, now I'm watching The Legend of Korra with Sophia, the very first episode.

An avatar you ask?

The first definition, Hinduism, a manifestation of a deity or released soul in bodily form on earth; an incarnate divine teacher.

Then this, chapter 10 from the source:


That Jesus Christ is a God-man is generally acknowledged. That he is the Incarnation of God is dogma in the Christian religion; that he is an Avatar is to view him through Hindu eyes.

In the West there has emerged a gradual recognition of Jesus Christ as an Avatar, and it developed circuitously, partly through secret societies, mystery schools, esoteric groups, and non-Christian religions such as Islam.

It has already been shown how in the 1870s, Ramakrishna embraced Jesus as an Avatar and placed him within the Hindu pantheon. Half a century later a Hindu convert to Christianity, V. Chakkarai, in his book Jesus the Avatar, stated that according to the Christian view Jesus Christ was ‘the Avatar of God’. And it has been shown in Chapter 3 how Christ replaced Krishna as a Western Avatar.

Absolutely fascinating. Some years from now it will be interesting to discuss this with Sophia.

Anatomy: tonight Sophia was using her Barbie dolls to teach me anatomy -- don't jump to conclusions. She was explaining Barbie's upper extremities. It is important to know / note that Barbies come in different versions: some with more, some with fewer joints. The Barbie showed me tonight was "Elizabeth, the athlete" which has jointed limbs at the shoulders, elbows, wrists, hips and knees.

I remarked that I liked Elizabeth because this particular Barbie can both supinate and pronate her hands. Sophia remarked that it was natural for Barbie to hold her hands in pronation which is the "normal" way to hold one's hands.

She then went to to say that to supinate her hand, Barbie has to turn her entire arm (actually her entire forearm. I was blown away. She is exactly correct; to pronate/supinate one's hand, the entire forearm must turn (at the elbow). I asked her if she knew why.

This is what she said: "When we turn our hands we have to turn our whole forearms because the wrists are made of carnival (sic)."

I was confused by "carnival."

When I asked her to explain, she said wrists were made with carnival, and then pinching her nose, said, just like our noses are made of carnival and so are our ears.

This Was Predicted Years Ago -- When All This Texas Snow Melts, A Lot Of Island Nations Are Going To Disappear -- February 19, 2021

I did not see this. This was not in the archives. An alert reader caught it and sent it my way. Remember, it was not just Texas that got hit with most recent spell of global warming, but the entire US: 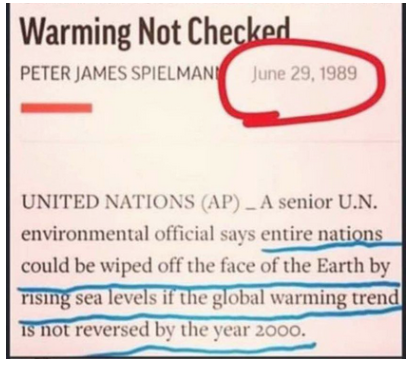 Posted by Bruce Oksol at 6:50 PM No comments:

Posted by Bruce Oksol at 6:39 PM No comments: