If I remember, I will post a photo of the Christmas Tree ornament a reader sent me, arrived today.

The card, without a return address, was from "Team X" (altered slightly to maintain anonymity). Pretty funny.

CNBC Covid-19 catastrophes: Carl Quintanilla tests positive; probably "caught it" from Jim Cramer. Read (past tense) that on twitter, need to fact check. I haven't watched CNBC for over a week now and have watched it only one or two days since the flash crash after Thanksgiving.

Apple: the other day, it was AirPods. Today it's the Apple HomePod

Amazon continues to lead the market for smart speakers and smart screens with devices like the Echo Dot and Echo Show, but Apple has nearly doubled its market share in this segment thanks to the HomePod mini.

Strategy Analytics estimates that Apple shipped 4 million smart speakers in the third quarter of 2021, taking a 10.2% share of the combined smart speaker and smart screen market. Google's Nest Mini was the top-selling device in the segment, followed by the HomePod mini and Amazon's fourth-generation Echo Dot.

EU energy crisis: with Brent <$75 / bbl and natural gas at USD 340 per barrel, it would be less expensive to burn oil than natural gas to generate electricity. And, apparently, that's happening. In France, another oil burning power plant turned on in Europe. Others on twitter saying the same thing: switch from gas to oil is coming.

Diversions: LNG tankers starting to divert from Asia to Europe where prices are higher. Link to Argus.

Why oil and gas are here to stay: link to Julianne Geiger. Archived.

Posted by Bruce Oksol at 4:04 PM No comments:

USGS 2021 Survey, Bakken And Three Forks: Bakken: Still Has 4.3 Billion Bbls Of Undiscovered Oil -- This Is In Addition To The 8 Billion Already Proven Or Produced -- Williston Herald -- December 21, 2021

From a reader, thank you, link here:

In 2013, the Bakken and Three forks formations in the Williston Basin had 7.4 billion barrels of undiscovered but technically recoverable oil and 6.7 trillion cubic feet of undiscovered natural gas, according to a United States Geological Services survey.

Since 2013, more than 11,000 wells have been drilled in the Bakken and Three Forks formations. Produced resources, of course, no longer count as undiscovered. And the same goes for proven reserves.

This brings us back to discussions of OOIP. I'm not going to re-open that but I'm pretty confident I have a pretty good "feeling" for the Bakken.

These charts only go back to 2012, five years into the Bakken revolution. 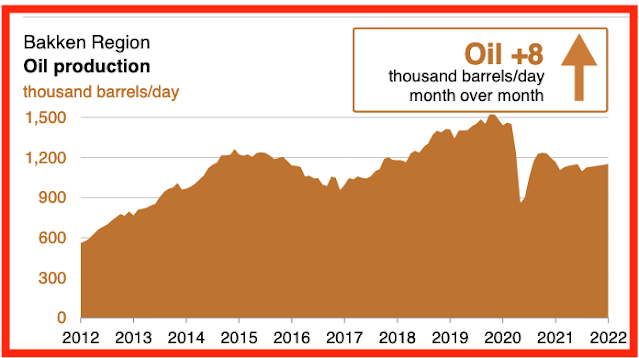 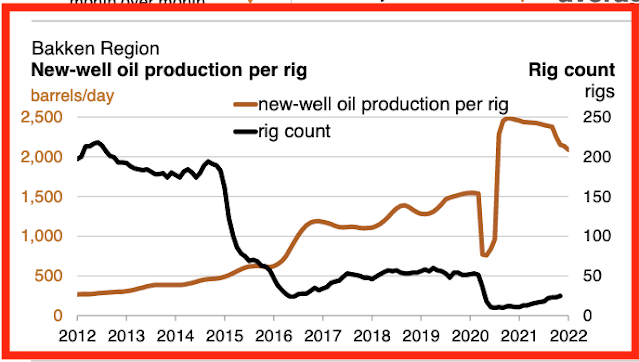 Completed wells per annum: perhaps the most amazing data point was the number of completions vs production. At one time, upwards of 3,200 wells were being completed in one year, and less than 750,000 bopd were being reported. This year, 1.1 million bopd and "we'll" be lucky to complete 350 wells this year (2021).

I've long lost the bubble but I believe that when the blog / Bakken were reaching their stride, the dots suggested that operators would be drilling new wells through 2050 and those wells, lasting thirty years, meant the Bakken could be active through most of the 21st century, if not the entire 21st century. Vertical wells drilled in the 1950s are still producing. That was seventy years ago.

Reuters: US To Become World's Largest LNG Exporter By Capacity Next Year -- December 21, 2021

The United States is set to become the world's biggest liquefied natural gas (LNG) exporter in 2022, surpassing Qatar and Australia, and may hold that title for years to come.

In a year when China and other large economies in Europe and Asia scrambled to source enough supply for heating and power generation, the United States was sitting on a bevy of supply - one that will grow in coming years.

Global LNG demand has hit record highs each year since 2015, due mostly to surging demand in China and the rest of Asia. Much of that global appetite has been met by steadily rising U.S. LNG exports, which have reached new records every year since 2016 and is poised to continue in 2022.

The United States should remain the biggest LNG exporter by capacity until around 2025, when Qatar could regain the lead as its North Field expansion starts to enter service. But if some U.S. developers start building new LNG export plants, the United States may not give up the crown.

Potatoes need to be sliced and diced, then fried before adding the chorizo and then the eggs. 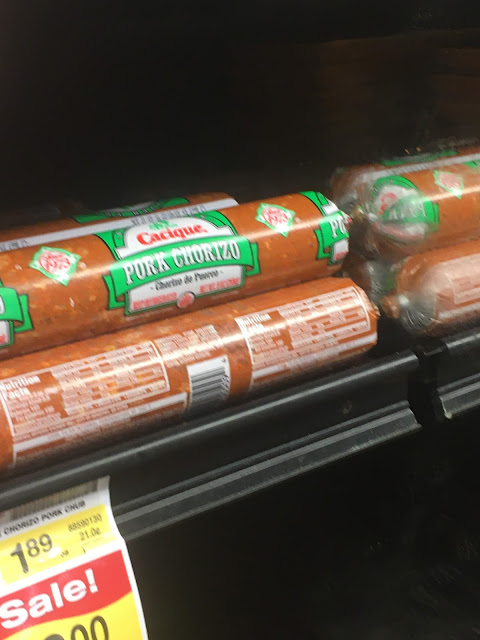 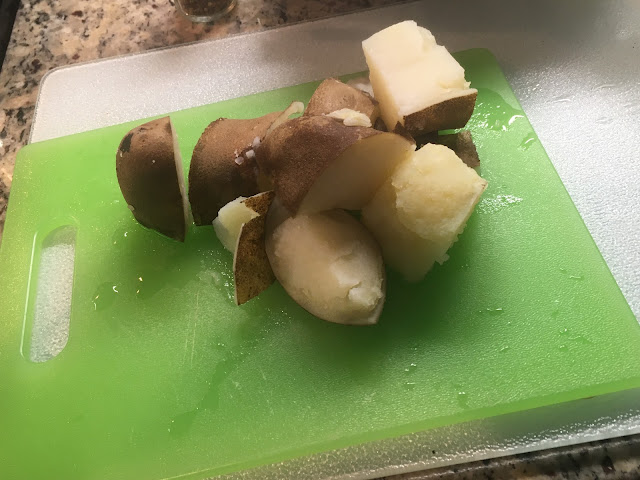 The raw data sent to me by a reader. Calculations (the last two columns) were added.

Those DUCs are "money in the bank."

When you see fuel-oil power plants firing up, that's the telltale of a grid throwing some of it's very last defences (sic) to keep supply and demand balanced.

For the past week or so, ISO NE has been very, very affordable; wind energy bringing overall price down.

But it surprised me today. I wasn't surprised so much by the spike in price (6th decile) as I was about the "source" of that electricity: oil. Oil? Are you kidding me? I can't even imagine burning any oil at in the United States to generate electricity, but "NE" is literally right next to the biggest source of natural gas in the known universe.

The Middle East burns oil to generate electricity, but in the United States? 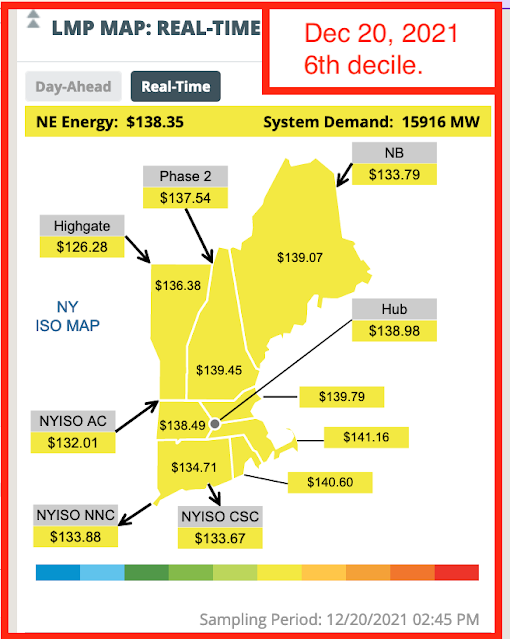 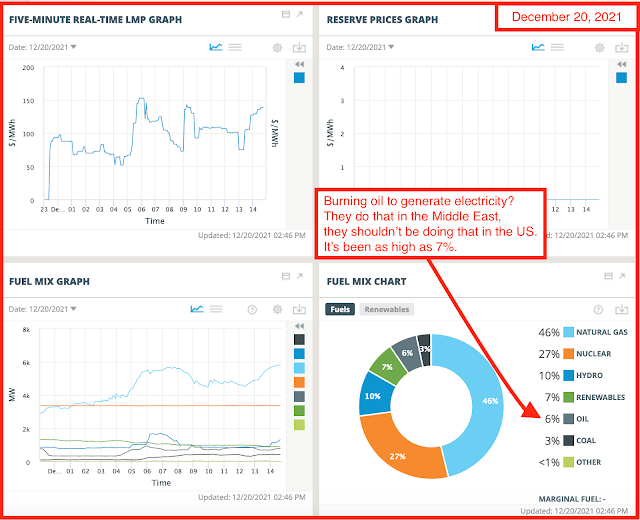 This is not news, but it dawned on me overnight that I never posted the location of the Bakken's newest natural gas processing plant.

List of North Dakota's natural gas plants here. None will be added in CY22, but the next one, Dimmick's Lake III, will go on line in 2023. 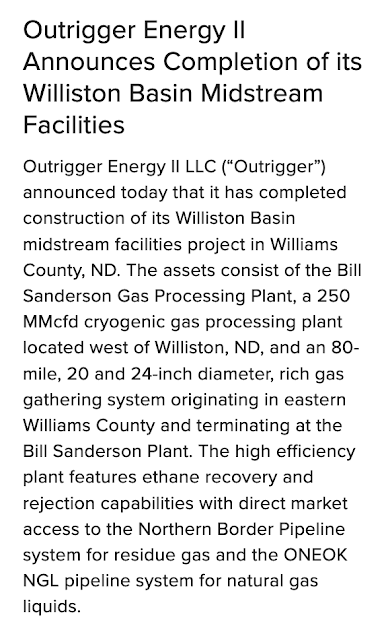 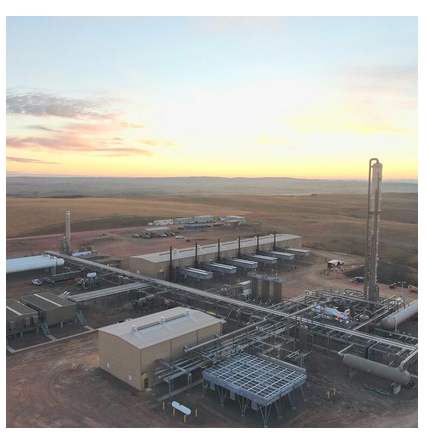 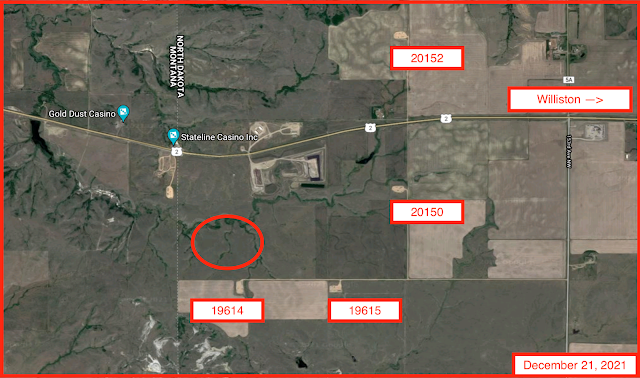 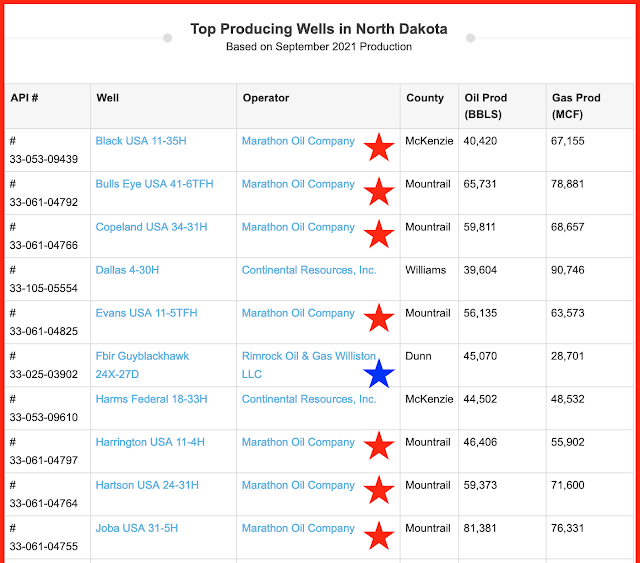 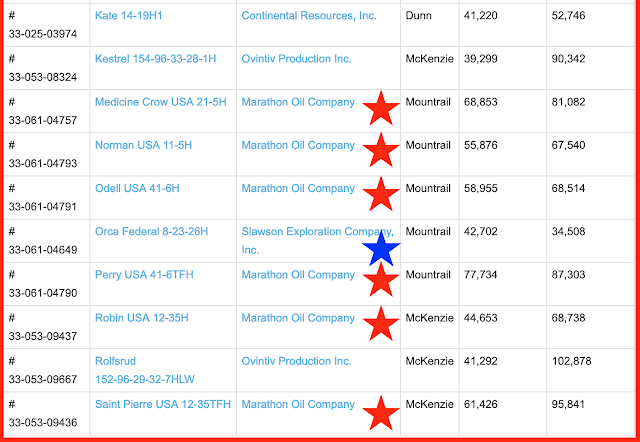 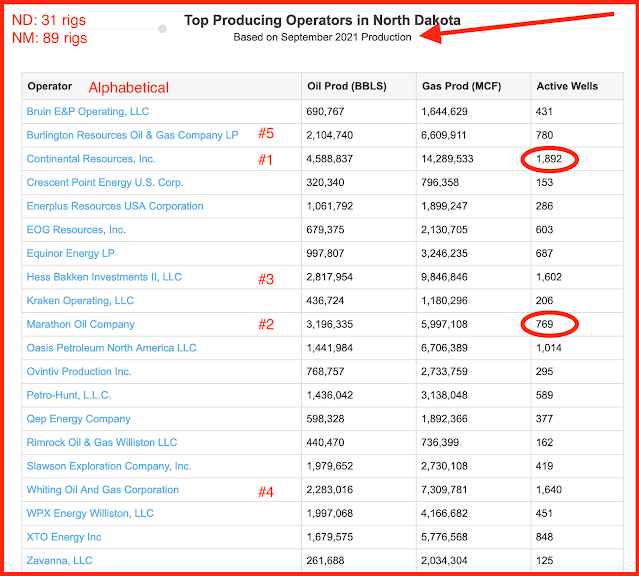 RBN Energy: US low-carbon hydrogen production set to advance in 2022.

A few things have changed since we wrote our first hydrogen blog a year ago. First, there’s heightened awareness of the many ways hydrogen can be used to help reduce greenhouse gas (GHG) emissions. Second, the number of proposed hydrogen production projects has proliferated, and our project list continues to grow each week. Third, and perhaps most importantly, the federal government has thrown its support — and billions in taxpayer dollars — behind low-carbon hydrogen. However, despite those positive developments, hurdles clearly remain in the hydrogen sector, with economics a major sticking point, though a few projects are set to get off the ground next year. In today’s RBN blog, we provide a year-end update on domestic hydrogen projects.

From above, early production: