In comparison, North Dakota has about 34 active rigs and about 900 DUCs.
Posted by Bruce Oksol at 4:54 PM No comments:

The ObamaCare TrainWreck, aka The Affordable (LOL) Care Act was recognized from the beginning the debacle it would become. Its chief advocate even admitted later it was a "trainwreck," coined the word, and retired from the Senate.

Over the years, the right-wing as defined by the left-wing led the charge in warning Americans of the debacle, aka trainwreck. I've linked many of those stories, and was one of the first ad-free blogs to explain how the three-legged stool called ObamaCare was configured. I now have a separate page to track the ObamaCare tipping point -- when I remember to update it. For the most part, the whole story now bores me. As does wind energy.

For the past few months or so, I've pretty much quit linking ObamaCare stories from "marginal" sources; the story has been told and only those living under the Geico Rock remain unaware of it.

But then even I am surprised when really, really quality business magazines and newspapers come up with a full-page story on how really bad ObamaCare is.

Today I was surprised again. It was a link at the Drudge Report. I assumed it was a link to an alt-right or a right-wing marginal news outlet. Nope. The Wall Street Journal:

Nearly every county in the state now has only one insurer selling plans through the health-care law’s exchange, and premiums are soaring.

The Obama administration has said those Americans with a "modest" annual salary of $25,000 will be offered health insurance at subsidized (not free) rates (with high deductibles and high co-pays.

I'll read the story later. Halloween trick-or-treating is about to begin.

Be careful out there. And now clown costumes.
Posted by Bruce Oksol at 2:34 PM No comments:

NOTE: I will be off the net in a few minutes, bicycling. If I made a mistake in the note(s) below I will not be aware of it for several hours. I will take another look at these notes later this evening. Until then, even my disclaimer needs a disclaimer.

It sure seemed to take forever, but finally, the Foreign Exchange Reserves in Saudi Arabia has finally been updated. I've been looking for this update for weeks; here it is:

There was a slight, almost imperceptible bump-up in May, 2016, but after that, the downward trend continued. The drop from August to September was quite remarkable given the events and the movement in the price of oil these past few weeks.

The decline month-over-month ranges from 3.35% to 0.0.24%. But one cannot simply suggest that a 1% decline month-over-month can be used to forecast future drops. Saudi Arabia is using cash reserves to pay for a number of items, not least of which is internal security; a war with Yemen; and, to its civil servants. There is a fixed overhead cost the Saudis have to contend with. That fixed overhead cost is not a percent of their reserves; it is a "raw number."

A spreadsheet analysis:
Note: I often make simple arithmetic errors. I often make factual and typographical errors. The above is done for my own amusement. But if I don't place it here, I will place it somewhere else and then I will forget when I placed it. This is simply idle chatter. Don't make any financial, investment, travel, job, or relationship decisions based on what you read here. If this important to you, go to the source.

From Javier Blas over at Twitter: US oil exports rose in August to 657,000 bopd (2nd highest ever, below the 662,000 bopd of May). Exports reached twelve countries. 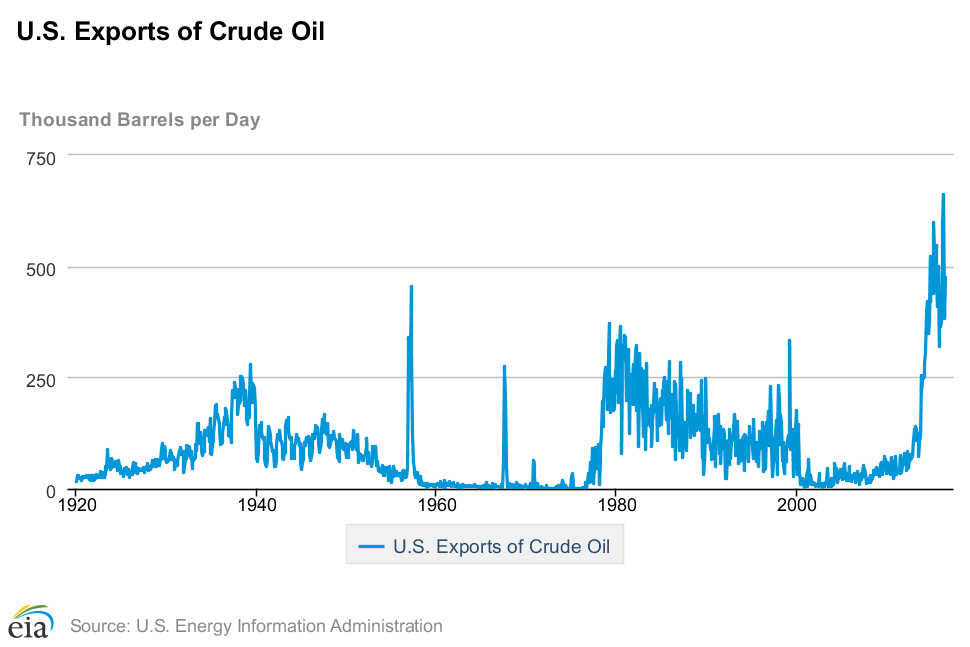 The book I'm starting this week:

My notes will be elsewhere.
Posted by Bruce Oksol at 11:00 AM No comments:

Update on Russia's Northern Fleet headed to Syria: five minutes ago -- yes, five minutes ago -- the fleet's transponder shows its location to be entering the west channel of the strait between Malta and Sicily. Five minutes ago would have been approximately 10:45 a.m. Central Time. Current local time in Malta is just about 5:00 p.m. Monday. Speed 11.1 knots.

GE-BHI update: from The Wall Street Journal. From Forbes.  From Zeits. From Bloomberg. From CNBC. And Rigzone (GE, BHI "shrewd move" cold avert anti-trust issues). Slide presentation at SeekingAlpha. These are the words in the headlines and stories of the linked articles that regulators do not like to see:
Fortunately, "pipeline" was not seen in any of the articles. Other than that, this proposed merger will sail right through a Hillary presidency. Assuming, of course, the Clinton Charitable Foundation gets a cut of this oil mega-deal that will result in an energy powerhouse that is a story so big that it's a headline in every media outlet today, completely burying any news in the bid for presidency, and the election just a week away. Reporting in the Los Angeles Times today suggests that Ms Clinton already has an insurmountable lead based on exits polls of fourteen early voters.

Rumor, unsubstantiated, and likely to be untrue: Standing Rock Reservation protesters are being encouraged to boycott Sears outlet stores that sell GE microwave ovens, and asking FBI Director Comey to look into why this deal was announced one week before the election. BHI is being given a pass due to its "peculiar" three-letter ticker.

OPEC: never mind. No cut. WTI this morning on that really, really surprising news: down $1.20 to less than $48.