Just How Good Are The Dallas Cowboys? Asking For A Friend -- February 5, 2021

So, just how many play-off games have the Dallas Cowboys won in the past twenty-five year, since (after) 1995:

The most under-reported story:

Total domestic crude exports averaged about 3.2mn b/d in 2020, up from 2.98mn b/d in 2019, the previous record high, according to trade data released today by the US Census Bureau and monthly figures from the Energy Information Administration.

In December, US crude exports averaged 3.35mn b/d, up by about 23pc from 2.73mn b/d in November with China regaining its position as the top destination.

State-controlled Indian refiners in December expanded their import portfolios to include more US grades, with IOC now including West Texas Light (WTL) as an eligible grade in their weekly import tenders and Hindustan Petroleum (HPCL) issuing a unique tender that sought Mars for its Vizag refinery in January and February.

Much more at the link. Imagine all the men and women who showed up on a daily basis during a pandemic to make this happen. At some level, this simply blows me away. There are many, many story lines.

The Permian Delaware, Midland, Bakken, Denver-Julesburg, Eagle Ford, SCOOP/STACK and Powder River all shifted above the 10% cost of capital mark, suggesting new wells coming online should be able to realize cash flow neutrality at a minimum, according to S&P Global Platts Analytics. 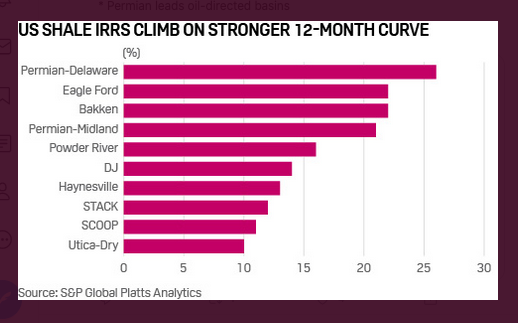 Charts like these suggest New England ran out of oil. Are they burning coal to keep the grid from crashing, but not burning coal?

Prices spiked to $150 / MWh and pretty much stayed there all day: 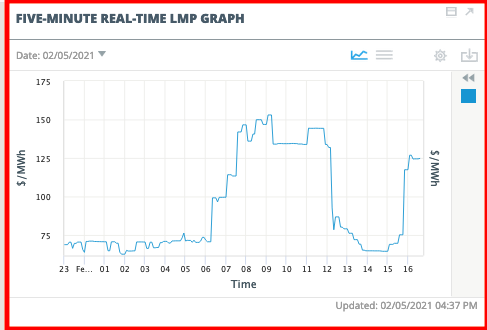 Every Tuesday and Friday I post the raw CDC numbers. Link here.