"Focus on Fracking" is published (by someone else, not me) late Sunday nights, generally very late, or early, early Monday morning.

Saudi oil minister Prince Abdulaziz bin Salman insisted last night that Opec+ must extend its output deal from the end of April 2022 until the end of that year, despite strong UAE opposition to an extension that does not also entail revising the production baselines of participating members.

The Saudi minister's insistence on the need to extend the deal while dismissing the UAE demand as a separate issue to be dealt with through Opec procedure rather than a negotiating point tied to the proposed extension means Opec+ faces a likely impasse when it resumes talks today.

"If everyone wants to increase production, then the agreement must be extended," said the Saudi oil minister in an interview with Saudi Arabia's semi-official Alarabiya TV.

Even if Opec+ increases output by 400,000 b/d from August until the agreement runs out in April 2022, the alliance would still be left with "at least" 2.8mn b/d of cuts still in force by then, necessitating an extension, said Prince Abdulaziz. 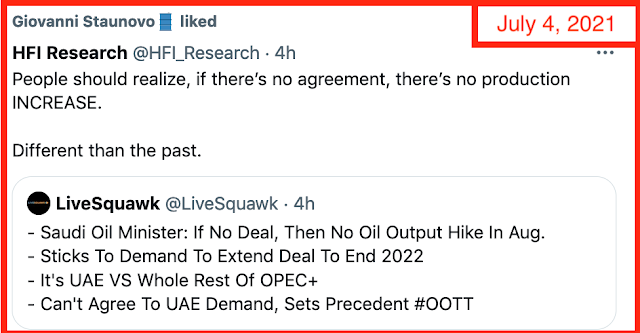 This is a no-brainer.

I believe operators in the Bakken now have two full years to complete a well in the Bakken. With that in mind, I'm going to spend some time updating the wells that came off the confidential list 3Q19.

This is the entire list of wells that came off the confidential list 3Q19 that as of today, I've not reported an IP.

Note all the XTO wells that went from SI/NC-->SI/NCW.

What I'm listening to: Amazon Prime Music, "The 2000s" One-Hit Wonders." Better than I expected. LOL. Through the Amazon TV Fire Stick.

This rabbit hole began with an Amanda the Great comic strip sent to me by a reader, which led to a (very, very) short discussion on  fruit cocktail (from the can) jello and/or casserole to gaffelbitter, which then led to Gater Bite.

I never paid much attention to Gater Bite except that it's one of my favorite apertifs. It's not easily found. I did not find it in a Lakeside, MT, big box spirits store. It seems I found everything else.

So, we we have Satsuma oranges-infused rum, and honey-infused scotch (Drambuie). Very, very vegan.
And then ... how did we ever get here ... what the heck are "satsuma oranges?" Apparently a big deal in Louisiana rum. LOL.
Satsuma oranges? Link here.

Satsumas are a variety of mandarin oranges, related to tangerines, clementines, and other citrus fruits. They are considered the juiciest of the family and have a balanced sweet-yet-tart flavor that makes them delectable on their own or used in savory dishes and desserts.

You’ve probably had satsumas before without realizing it—they’re actually the most common citrus used in canned mandarin oranges, according to The New Food Lover’s Companion.

But there’s nothing quite like a fresh satsuma. They grow in the southeastern U.S. and in northern California, and they’re at their peak from late October through the end of December.

Look for satsumas that are heavier than they look (that’s all that delectable juice), with a firm touch and tight peel. You can store the fruits on the counter for up to a week or refrigerate them for up to a month.

Just like you order orange chicken takeout or bake orange slices over salmon, satsumas can be enjoyed as a savory addition to your favorite seafood and chicken dishes.

My hunch: EOG won't be the only one to declare a special dividend. Another oil company recently did the same thing: I don't remember which one.  Oh, that's right -- it was Devon -- announced a "fixed-plus variable dividend for common stockholders," May 3, 2021. 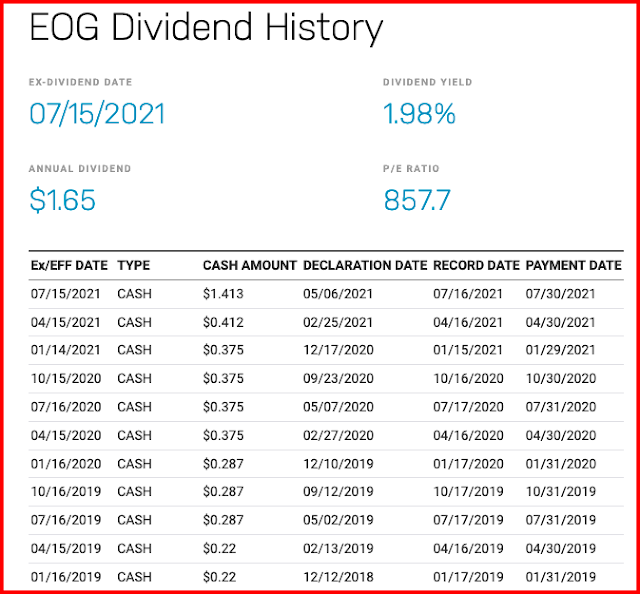 For clarification, from press release from EOG May 6, 2021:

The Board of Directors declared a regular dividend of $0.4125 per share on EOG's Common Stock. The indicated annual rate is $1.65.

The Board also declared a special dividend of $1.00 per share on EOG's Common Stock.

All things being equal, the share price of EOG should fall by an equal amount when the dividend is paid/effective date, on/about July 15 - 16, 2021. But "all things" are never equal, are they?

Operators In The Bakken: COP

For now, I'm going to follow TTE as the proxy for European majors pivoting to renewable energy. TTE seems to have undergone more changes than any of the others over the years. Certainly, it appears TTE has undergone the most number of name changes. One wonders how many readers noted that ticker symbol "TOT" recently changed to "TTE"? 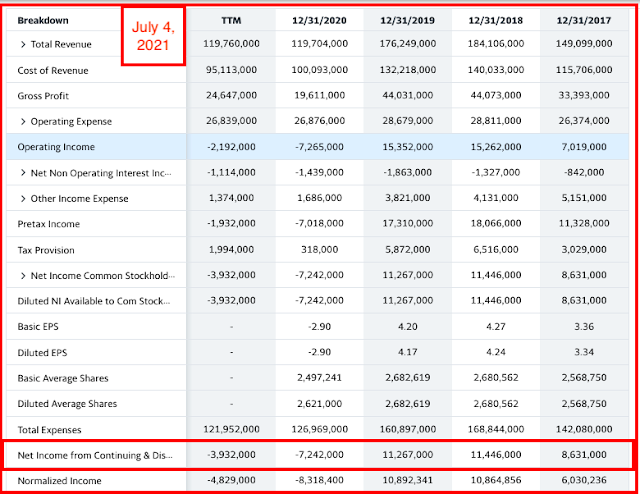 Iraq: BP, Lukoil both consider pulling out. Oil minister says investment environment in Iraq not suitable for retaining major investors. Keep in mind, sanctions could be lifted on Iran; Iran-Iraq have an interesting relationship. 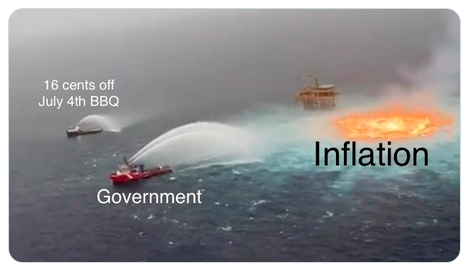 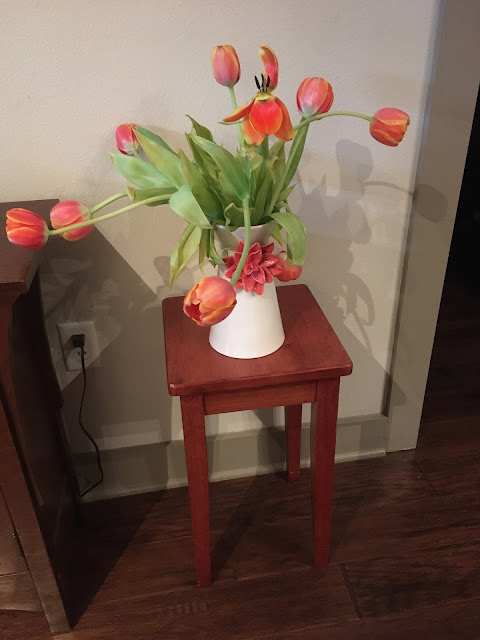 Posted by Bruce Oksol at 9:41 AM No comments:

The Enerplus' "Storm" pad and the "Precipitation" pad in section 7-149-93, Mandaree Oil Field are tracked here.

The most recent wells on these pads have been completed and at least two wells that were off line for over a year are now back on status and producing again.

The two older wells that are now back on line:

The wells still off line or recently completed (in progress):

I assume post-completion work / pumps being installed on the pads which would explain some of this.