Miscellaneous
The "green" map -- show me the money
Statoil receives first permits to use high-salt produced water for fracking
CO2 is not a hazardous waste; sets in motion carbon capture industry
Searching for monster wells on the blog -- some suggestions
Horizontal production for EOG: the Eagle Ford vs the Permian


The U.S. economy grew at its fastest pace in two years, as a recovery that has otherwise chugged along in fits and starts builds up a head of steam going into the new year. The government's main growth gauge—gross domestic product—grew at a 4.1% annual rate in the third quarter, marking only the second time since the recovery began in 2009 that the output of goods and services expanded above 4%. Friday's report showed consumer spending—a key driver of the economy—grew at a 2% annual rate in the summer, instead of the previously estimated 1.4%.

I started blogging about this about two weeks ago, just before the market dipped. Nice.

Wow, I just sent a note to Don regarding this -- I had not seen the story yet. I wondered whether the insurers had coordinated on the Obama decision to repeal ObamaCare (WSJ), saying it will be interesting to see how the health insurers claw their way back out of this debacle. Now this, front page story in The Wall Street Journal: flurry of tweaks to ObamaCare leaves insurers rattled.


A spree of surprise changes to the health-care law in recent weeks has rattled insurers, who say the Obama administration's pronouncements could undermine the law's new marketplaces.

The latest change, announced Thursday, days before the Dec. 23 deadline to choose coverage starting Jan. 1, allows people of any age whose current coverage is being phased out under the law to buy so-called catastrophic coverage. These plans, with limited benefits and high deductibles, were mainly reserved for customers under age 30.

This effectively kills the program. Whether or not the website works is now moot. Even if not technically eligible, everyone will claim it was a "hardship" to try to access the site.

And then this: the website went down unexpectedly just before crucial deadline! I can't make this stuff up. Health site outage recalls flawed launch -- front section of today's paper.


For the past few weeks, U.S. officials and government contractors have been pleased with the performance of the HealthCare.gov website.

But Friday brought a reminder of the site's disastrous rollout when it suffered an unexpected outage just days before a crucial enrollment deadline. The outage, which was resolved after three hours, underscored the challenges as President Barack Obama's health law reaches a key coverage deadline. Consumers have until Monday night to sign up for insurance that can take effect on Jan. 1, the date that lawmakers originally expected to see its benefits become widely adopted. The final deadline for 2014 enrollment is March 31.

Keystone XL? Who cares about a pipeline? Canada strikes down prostitution laws. Camille Paglia will be happy.

The 9-0 Supreme Court decision on Friday potentially opens the door to liberalization of prostitution laws to be more in line with some European countries.

But that depends on how Prime Minister Stephen Harper's government responds. The government has had a tough-on-crime agenda since taking power in 2006. The court gave the government a one-year window to draft new laws covering the sex trade.

It isn't a crime in Canada to sell sex for money. But the laws governing prostitution restricted its practice by criminalizing related activities, including operating a brothel; making money as an intermediary, such as a pimp or bodyguard; and publicly soliciting business on streets. The court struck down all those provisions, marking the culmination of a yearslong legal battle launched by a coalition of sex-trade workers who had secured victories in the lower courts.

I find it amazing the law banned women working in a legal, dangerous trade from being able to hire bodyguards.

DJIA hits inflation-adjusted record high. Broke the 14-year-old record. A week ago or so I suggested there were three things weighing on the market: a) the budget; b) tapering; c) ObamaCare. A budget was passed. Check. Tapering from $85 billion/monthly to $75 billion/monthly. Check. Obama repealed ObamaCare for 2014. Check.

The other day I sent a note to Don suggesting it would take a few years for the cheap energy story to work its way through the economy. Here is one of the first stories to appear -- textile work winds its way back to the US.


Mr. Zhu is one of a growing number of Asian textile manufacturers setting up production in the U.S. Southeast to save money as salaries, energy and other costs rise at home. His company, Keer Group Co., has agreed to invest $218 million to build a factory in unincorporated Lancaster County, not far from Charlotte, N.C. The new plant will pay half as much as Mr. Zhu does for electricity in China and get local government support, he says. Keer expects to create at least 500 jobs.

For Newbies: A Look Back At NDIC Case 21151 -- CLR's Presentation For An Increased Density Project

From the October, 2013, NDIC hearing dockets:

From the CLR presentation: 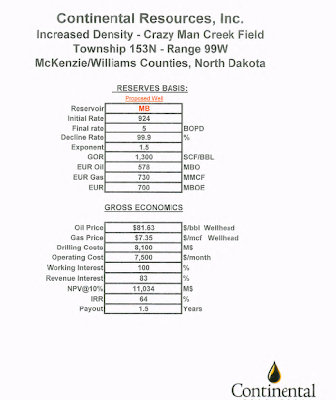