On February 20, 2014, I posted this subject line: "For Warmists Or Deniers, One Has To Admit This Is One Humdinger Of A Winter -- Update From The Twin Cities." From that post:


The winter storm pushing its way into Minnesota on Thursday snarled the evening commute, closed afternoon and evening activities at schools, canceled some evening college classes and set snow emergencies in motion throughout the metro area.

By the time it passes, the storm could leave the most significant snowfall of the season.
The National Weather Service (NWS) predicted amounts of 10 inches in the core of the metro and deeper totals in northeast and southeast suburbs.

The last line at that post: The Kennedy clan should probably fly out to the Twin Cities the first chance they get; this may be the last time their children and their grandchildren ever see snow.

It turns out the Kennedy clan may not have to fly out to Minnesota after all. The snow is coming to them. LOL. IceAgeNow is reporting:


Headline: ‘Nor’easter Bomb’ could dump a foot of snow on parts of Northeast.

No, those words don’t come from the “Daily Mail.” The National Weather Service minced no words in their description of the huge storm predicted to bear down on the Northeast beginning late Tuesday night.

A “bomb” is a ferocious storm that intensifies rapidly, often just off the East Coast.

Also known as “explosive cyclogenesis,” a “bomb” is a technical word meteorologists use when low pressure centers deepen at a rate faster than 24 millibars in 24 hours, which happens in only the most intense storms.

Although its exact track and impact remain uncertain, the “bomb” could be a major snow producer, bringing heavy snow from Virginia to New England; from the Carolinas to Maine. Some models are calling for six inches of snow, some for a foot or more.

Go to the linked story to see how much snow might be dumped on Boston, home of the Kennedy clan. School will probably be canceled which will further ensure the grandchildren get to see "snow."

I assume Washington, DC, will close down for the sixth time this winter, which, itself, must be some sort of record.

Meanwhile, the warmists in Minnesota are tracking record amounts of snowfall in their own state at this site.

Again, whether you are a warmist or a denier, this has been a humdinger of a winter. My biggest problem is keeping track of what the warmists are predicting: more snow or less snow with global warming.

Meanwhile, New Jersey governor tells 3-y/o at town hall meeting that he, Chris Christie, is tied of this "damn snow." One would think he would like the fact that all this snow is taking the voters' minds off "bridgegate."
Posted by Bruce Oksol at 9:47 PM No comments:


As of Feb. 28, WYDOT had spent $21.9 million on snow plowing. But this year's budget for snow control was $22.6 million, WYDOT said in a statement. March costs are not in yet and department officials expect them to exceed the budget’s remaining $674,000.

“Historically, March and April are our heaviest snow months, but even if there is no more snow this spring, just reopening the mountain passes will put us significantly over the budgeted amount,” WYDOT Chief Engineer Del McOmie said in the announcement.

The three passes McOmie referred to are Wyoming Highway 130 over Snowy Range Pass, Wyoming Highway 70 over Battle Pass, and U.S. 14A west of Burgess Junction over the Big Horns. WYDOT considers it impractical to keep them open during the winter, the statement said, because of heavy snowfall and light traffic. Opening the passes requires extensive plowing of more than a foot of snow.

It cost an average of $305,000 a year during the past five years to open the passes, with a high of $602,000 in 2011. Since most areas of the state have heavier-than-normal snow, this year’s cost will likely to be higher than average, WYDOT warned.


U.S. Army Corps of Engineers officials say runoff into Lake Sakakawea is projected to be higher than normal, but there is ample storage in the Missouri River reservoirs to handle the water.

The corps projected earlier this month that Lake Sakakawea would peak in July at 1,845 feet. Spillway level is 1,854 feet.

The reservoir reached 1,833.69 feet early Wednesday and remained on the rise.

The lake reached the overflow point for the first time in history in 2011.

Corps officials say a repeat of that is "highly unlikely," citing a combination of heavy mountain snowpack, plains snowpack and spring rains that led to the 2011 flood.

It really is something -- the Garrison Dam was completed in 1953. The first (and only) overflow occurred in 2011 -- more than 60 years later. With all that global warming, associated droughts, loss of glaciers, etc, we would not have seen an overflow in 2011. The overflow should have occurred much earlier if it was going to occur at all. I'm probably looking at the situation incorrectly.
Posted by Bruce Oksol at 2:46 PM No comments:

Random Look At Some Interesting Names Of Bakken Wells

Some time ago I noted that CLR might be naming their wells after the home towns of their roughnecks, or perhaps their well supervisors. I first noted that, I think, in their Brooklyn field. Now some new names suggesting the same.

CLR:
SM Energy is starting to name wells after NFL greats, in (training?) Camp oil field:
A personal observation. Both my brother and I were recipients of "college scholarships" from the Eckert Foundation; the "scholarships" came with a very low interest rate; both the capital and the interest had to be repaid; due to a mix-up with names, I paid off both my brother's scholarship and my own. Smile. In Elk old field, three new "Eckert Foundation" wells. The Elk oil field is just south of Williston, on the south side of the river, east of the highway. [March 30, 2014: see comments below. My apologies to the Alva J Field trust. It was the Alva J Field trust who provided low-interest loans to my brother and to me; I had the Eckerts and Alva J Field mixed up. Again, my apologies to Alva J Field.]

I have opined almost from the beginning that ObamaCare was/is a godsend for investors and for corporations. I was reminded of that again while reading Sylvia Nasar's Grand Pursuit: The Story of Economic Genius.

It's hard to believe (with hindsight being 20/20) that Keynes wrote in the early 1920's, during the interwar years: "... inflations and deflations made it difficult for investors and businessmen to calculate the effects of decisions and, to a much greater degree than the public appreciated, distorted decisions to save or invest." -- p. 284.

Before ObamaCare there were two huge problems for businesses of all sizes vis a vis health care: inflationary costs and unpredictability. Unpredictability is the bigger of the two problems. With ObamaCare, both of those problems have been solved. Corporations can now plan precisely what their health care costs will be going forward by cost-shifting their employees over to ObamaCare. Many (most) have already done that: instead of offering a company health care program, CEOs can give their employees a fixed monthly amount to help pay health insurance premiums. CEOs will determine the amount to be paid, not Blue Cross/Blue Shield. That is huge. [By the way, cost-shifting employees to ObamaCare is the patriotic thing to do; ObamaCare is the law of the land.]

But there's something else going on in America that will help investors: the energy revolution.

Long-time readers will remember the posts by analysts suggesting that the "Bakken experiment" has resulted in flattening the volatility of the price of crude oil. I assume folks remember the volatility of crude oil that started with the OPEC embargo back in the 70's and continued through the early years of the Bakken boom -- fifty years of volatility. The price of oil would fall, only to surge with the "outbreak" of any "world crisis." Folks were wringing their hands when oil hit $150/bbl but the actual price was less of a problem than the volatility. Keynes had figured out that "... inflations and deflations made it difficult for investors and businessmen to calculate the effects of decisions and, to a much greater degree than the public appreciated, distorted decisions to save or invest." Likewise, it is now apparent that the volatility of the price of oil was a much bigger problem than the actual price. If the actual price -- whether high or low -- was predictable, businessmen could plan. With volatility, they could not.

It is now apparent that the energy wealth in North America has evened out that volatility. Best example: oil hardly moved during the Crimean crisis. I think the entire range for WTI during this period was between $98 and $101. That is an incredibly narrow range, even in "normal" times, but it is absolutely incredible during a US-Russian "crisis."

All things being equal, ObamaCare and the "Bakken experiment" will be huge for investors going forward. Regardless of what happens politically with ObamaCare, this genie cannot be put back in the bottle -- corporations have been given the green light to cost-shift health care costs to their employees, and they are not going to go back to the way things were.


The Way We Were, Barbra Streisand


This is a most interesting story: is the Tesla over-hyped? Is there a problem with the Tesla? A contributor over at SeekingAlpha has an interesting column.

Hobby Lobby argues that firms are entitled to religious protections. I would agree.

Idaho's push to rein in wolf population angers activist conservationists (by the way, I have a great book somewhere in the house with a title something like this: Today, I Harvested the Hay for the Sheep That The Wolves Will Eat)

"Kinky" Friedman back in Texas politics - and might win this time

Gilead Sciences: new drug to treat hepatitis C -- $84,000 for a course of treatment  ... " the expensive medication could impose substantial costs on taxpayer-funded Medicaid programs and lead to premium increases for those with employer or individual health coverage" -- yeah, I suppose, but it's still cheaper than Michelle's vacations

Is anyone really surprised that General Sinclair got off easy? 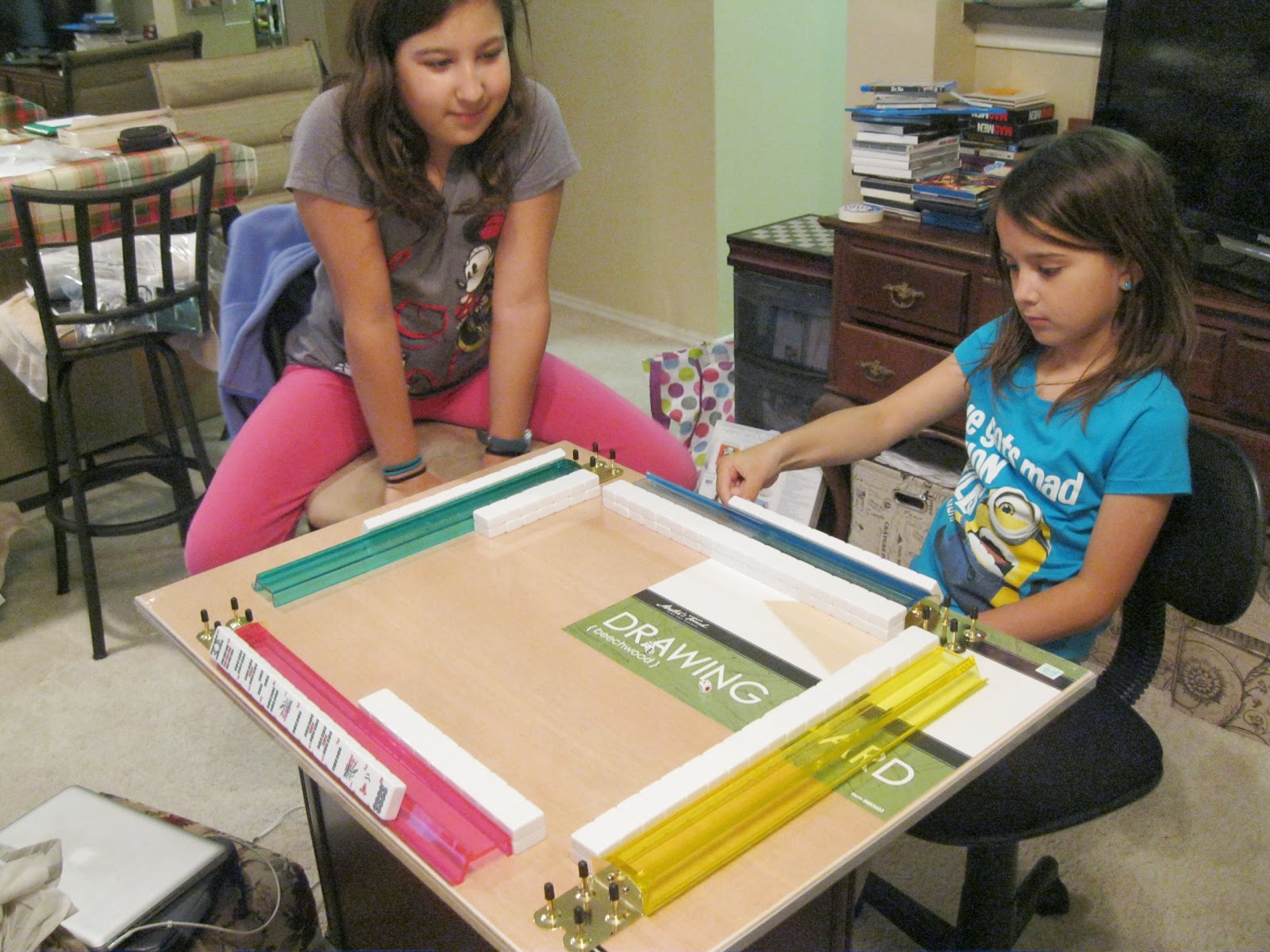 We had just opened a brand new Mah Jongg set, ordered from Amazon. A most beautiful set.
Posted by Bruce Oksol at 6:35 AM 2 comments:

Miscellaneous
NDSU (#12) beats Oklahoma Univ (#5) -- NCAA basketball tournament, March Madness
Bird-dinosaur discovered in North Dakota
I was in the wrong military for 30 years -- nothing to do with the Bakken
Posted by Bruce Oksol at 6:08 AM No comments: