NRFPT: not ready for prime time.

The writer provides a great argument why Saudi Arabia will lose the next price war (I would argue, it already lost the first two price wars).

But this one well is another reason why Saudi Arabia will lose the next price war. 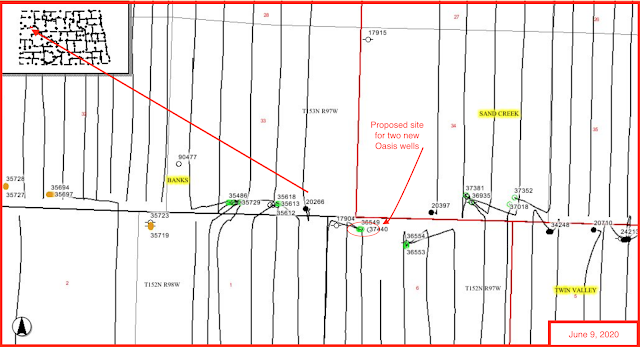 No permits renewed or canceled.

Market: wow, wow, wow, what a surge at the end of the day! All three major indices finished quite a bit higher:

Oil:
Stocks of interest:
Traders are loving this. I guess I can start looking at my investment statements again. LOL.

The WPX Blue Racer wells have been updated. They are tracked here.

These are incredible wells. One example:
Production:

Some things to note:
Form the well file:

The Usher wells:
The Stranger wells:
Neighboring well sited to the north:


This is the lowest price Macrumors  has ever tracked for this model. The 512GM model is also knocked down a hundred dollars, to $1,199, but only the Gold color option is available. This suggests to me that Apple's MacBook Air supply / demand ratio is a bit out of joint, in the buyer's favor. Note, however: it apparently comes with a very old operating system installed. One can upload the newest operating system but it will take a significant amount of memory. Current operating system for MacBook Air: 10.14.6 (Mojave) or 10.15 (Catalina). Operating system in this low-priced MacBook Air: 10.11 Capitan. Link here. Later: I can't find the original graphic now that suggested this computer shipped with OS El Capitan, 10.11. Perhaps that has been updated. Reviewers suggest this computer ships with Catalin (OS 10.15) installed. 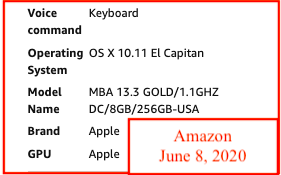 And: Apple will provide up to 12 months interest-free loans on their Apple Cards when purchasing big ticket Apple products.

AAPL: after setting an all-time high on Friday, AAPL is struggling to turn green today. AAPL was down as much as $3.75 earlier this morning; is now (10:53 a.m. CT) down about 75 cents. Later: it appears AAPL will be green at the end of the day.

Panic selling: there is an article over at Investor's Business Daily which suggests Warren Buffett took a $2.7 billion loss due to "panic selling" of his equity in four airlines (UAL, AAL, LUV, and DAL).  The journalist makes a rookie mistake in his analysis. I will provide the rationale later if I remember to do so. See this note. 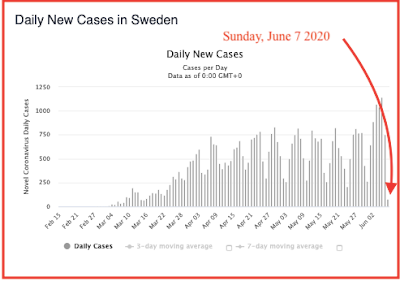 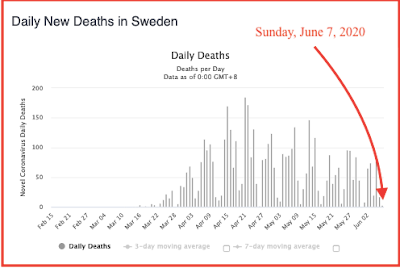 Although new cases are surging in California and new cases in New York went above 1,000 again (although, just barely), the number of new deaths is remarkably low. For example, Texas, link here: 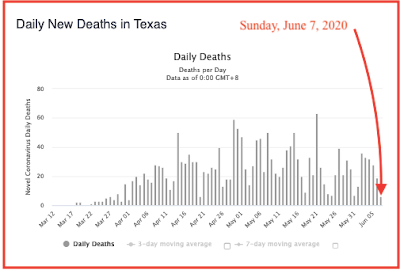 Again, the data I am waiting for will be the curve from June 14, 2020, to June 28, 2020, about two weeks to four weeks after social distancing rules/guidelines were lifted completely in Minneapolis and New York City.

Meanwhile, NYC "officially" begins to re-open today, Monday, June 8, 2020. The "George Floyd" rioting and looting event has now been called a "soft opening." If all goes well, Mayor De Blasio will have a concertina wire cutting ceremony in front of Saks Fifth Avenue's flagship store in Manhattan later in the day.
Posted by Bruce Oksol at 7:15 AM No comments:

Biden's short list: US senators Kamala Harris and Pocahontas. Kamala Harris, along with two other senators, including Bernie Sanders, has introduced a bill in the US Senate to give each US family $120,000 annually in the form of cash payments of $10,000/month. Previously reported.

Poll: reminder -- the corona virus vaccine poll at the sidebar at the right. Now this news: AstraZeneca and Gilead in mega-deal merger talks. Link here. Details regarding this poll at this post.

Futures: all major indices in the green. The Dow futures up 180 points at 6:31 a.m. CT.
Disclaimer: this is not an investment site.  Do not make any investment, financial, career, travel, job, or relationship decisions based on what you read here or think you may have read here.

Ten wells coming off the confidential list today, over the weekend --


Mexican demand for motor gasoline and diesel has plummeted this spring due to COVID-19 — so has demand for LPG. So far, Pemex — Mexico’s state-owned energy company and by far the country’s largest supplier of these commodities — has responded by slashing how much gasoline, diesel and LPG it is importing from the U.S. and holding its own production steady, despite the fact that Pemex’s refining margins are now deep in negative territory. What does Pemex’s focus on money-losing refining mean for U.S. exports to Mexico going forward? Today, we begin a short series on the ongoing competition between U.S. refiners and Pemex for market share south of the border.

The Shale Revolution, the opening up of Mexican energy markets and troubles at Petróleos Mexicános (Pemex) combined to spur a booming new business in Texas over the past five years or so: the export of large volumes of gasoline, diesel and LPG to Mexico by rail, ship and pipeline. As we said a couple of years ago, falling production of refined product and propane at Pemex’s aging refineries created a supply vacuum that U.S. refiners, marketers and shippers were all too eager to fill. At the same time, the liberalization of Mexican energy markets finally allowed players other than Pemex to become involved in motor-fuel distribution and retailing. In 2013, U.S. gasoline exports to Mexico averaged only 184 Mb/d, according to the U.S. Energy Information Administration; by 2019, they had risen by about 150%, to 472 Mb/d. The same holds true for diesel exports, which rose from 115 Mb/d to 287 Mb/d over the same period. As for LPG exports, they tripled, from 50 Mb/d in 2013 to 149 Mb/d last year.