Members of the North Dakota Emergency Commission today approved a plan to repurpose $16 million in CARES Act dollars for a program that will encourage oil well completion.
The proposal was developed by the Bakken Restart Task Force to incentivize the completion of DUCs - drilled but uncompleted wells - in the Bakken. Lynn Helms, director of the Department of Mineral Resources, said the program would provide up to $200,000 to offset the cost of the water that is used in the hydraulic fracturing process to bring the wells into production. Helms said the task force focused on water because it is the primary component in fracking that benefits North Dakota-centric companies.
Helms said at the current rate, about 80 new wells would be completed by year's end. He said the incentive will produce 80 additional completions, and he expects there will be plenty of companies with DUCs that will claim the incentive.
There are not enough well completions occurring to maintain the state's current 1.2 million barrel per day production. But Helms said the 80 additional wells should stabilize production well into 2021.
Helms said each new well completion will generate an average of $1.6 million in production and extraction taxes, $150,000 in sales tax revenue, $1.1 million in salaries, and $2.4 million in royalties.
"I think it's probably pretty safe to say this has got the highest return on investment of any of the dollars we've spent out of the $1.25 billion (in CARES Act dollars) because this is money we get back and a lot more that will help us when we're trying to balance budgets in the biennium that's in front of us," said Governor Doug Burgum, who chairs the Emergency Commission.

Link here. Also, here, if that link does not work. 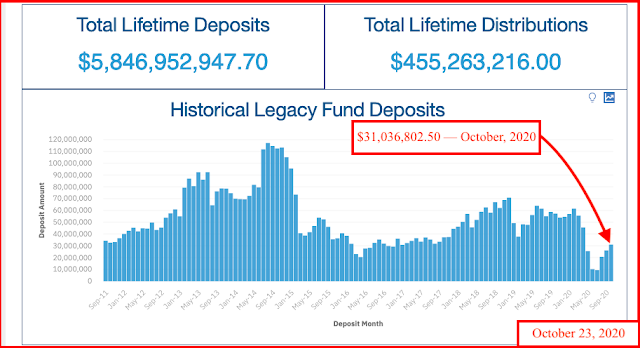 Posted by Bruce Oksol at 6:13 PM No comments:

I'll be off the net for an hour or so, maybe longer, before I get to the daily activity report, but before I begin the second half of my day with Sophia, a public service announcement.

This is really weird.

I've been using an HP inkjet printer for years, maybe six years, longer? I don't know. But it's been a long, long time. It's a "1510 series." The HP printer is a real workhorse. Ink is expensive but I don't print that much. The printer was working fine  yesterday.

But today, without warning, it quit printing. I did all the usual things including multiple re-boots of both the MacBook Air and the printer. Nothing worked.

I then tried the printer using a new MacBook Air that I keep as back-up in case my #1 MacBook Air quits working for any reason. The "new" MacBook Air didn't "drive" the printer either. That's when I noted a small dialogue box that casually stated that the software was compromised and it was simply best to re-install the driver.

So, with almost no difficulty, I re-installed driver software for the HP 1510. The instructions and installation process suggested to me that the problem was not with my computer(s) or the software. It appears that HP has updated the software for their 1510 series.

The re-installation worked perfectly and the printer is now working again, perfectly.

I re-installed the drive in my newer (the back-up) MacBook Air, and it, too, now works just fine.

It's obvious that HP updated their drivers. 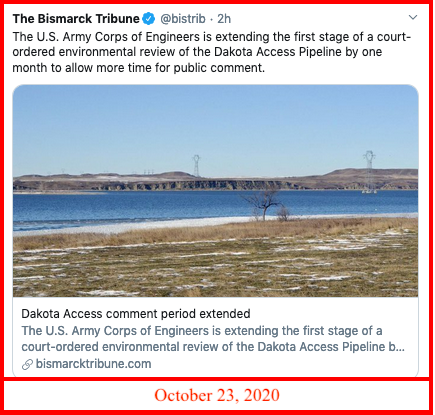 Posted by Bruce Oksol at 1:07 PM No comments: 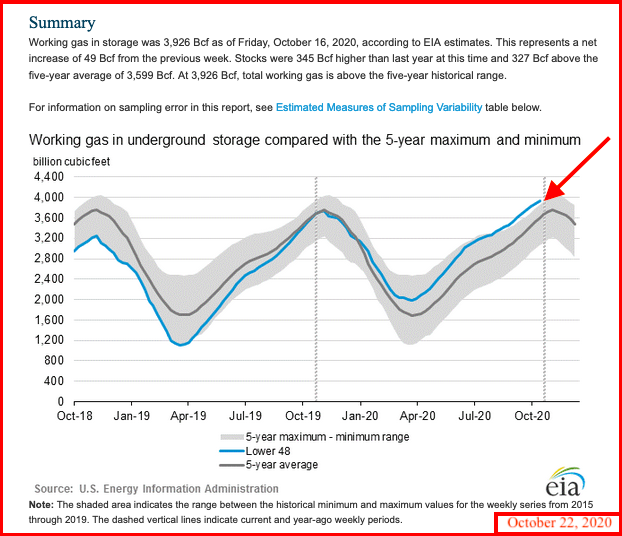 This is almost not worth posting, but there may be some readers who are interested. I was interested in looking at the case, but once I saw it, I would have moved on ... but with a blog comes great responsibilities.

I'm talking about this case from the November, 2020, NDIC hearing dockets. This is a case, not a permit:

This is in a very, very non-descript, area of the Bakken, northeast of Williston.

The only well in this drilling unit, and it's inactive:

Irony: the individual in our extended family most concerned about the media, the Russians, the Chinese, Google, Facebook, et al, influencing our behavior .... a lifetime conservative .... voted for Biden in early voting. Or at least said he did. LOL. But sad. The only reason this individual would have voted for Biden: he listened to the mainstream media and the only news magazine to which he subscribes: the ultra-liberal British business magazine, The Economist.

Quick: what are the two most fascinating data points about the EQT - CNX story reported yesterday? Link here.

"They" keep talking about "ratings" and "share." Talk about confusing. I think I finally have it figured out. The irony: just when I figured it out, the numbers are no longer relevant. Nielson (or is it Nielsen?) relies on families agreeing to have a "box" monitor their television and a need for viewers to keep a diary. Streaming is not tracked.

This is a great example of how to explain something. Using words to explain "ratings" and "share" is useless. Best way: use graphics.

I assume the folks who rely on the Nielsen ratings rationalize the data this way:

So, back to the pop quiz:

Much could be written; time to move on.

OilPrice: I don't know what's going on with Nick Cunningham. I haven't seen him over at oilprice in a long, long time. He was always good for a good laugh but it was, in the same breath, depressing to read his articles. But I haven't seen him in a long, long time. I could be wrong, but it's my impression that oilprice has a better stable of contributors. There is another good example today. See this link.

In between a lot of family activities last night, including a bit of driving, and a desire at all costs to avoid the presidential debate, I watched a bit of the "Carson Wentz Show." In a word, "bizarre." I've never seen such "bizarre" running and passing. There are only two explanations:

This morning, a talking head on sports TV explained it perfectly. Carson Wentz is playing in the wrong sport. In the BLM, a single player can become the team when the other four supporting players implode. James LeBron, Shaq, Kobe, all proved it. Michael Jordan proved it but he was in a class by himself and was made better by incredibly gifted players around him. But Shaq, Kobe, LeBron, other franchise players in the BLM can literally take over all by themselves. The others simply fade into the background, so far into the background, one can't even remember their names (yes, there are exceptions -- but generally, at best, one other player on each team).

Permian: another Permian operator may be forced to consolidate or die.  Link to David Messler.

One by one they are starting to fall. The long predicted consolidation wave in U.S. shale players, particularly those with assets in the Permian stacked play, is in high gear. Just in the last month or so, Chevron has taken out Noble Energy; Devon swallowed WPX Energy; ConocoPhillips snapped up Concho Resources; and, just last night, Pioneer Exploration, announced it would merge with Parsley Energy.

Earlier this year in an OilPrice article, I wrote a detailed thesis for the future of shale that forecast the current wave of consolidation taking place.

One key tenet that I postulated would come into play was “economy of scale,” meaning that larger, well-established companies would snap up smaller ones with assets that would easily “bolt-on” to their acreage inventory.

That seems to be the dynamic currently in play.

Which brings us to the question as to…who is next?

We think the management at Diamondback Energy might be feeling the heat, right about now. As a combination of debt, liquidity, and assets someone could have them in their sights now.

Over the past decade, floating LNG — for liquefying and shipping offshore natural gas supply — emerged as a promising technology that would enable development of smaller, more remote offshore gas fields around the world. But with a handful of projects now completed and in commercial operation, the challenges of financing, developing, and operating this relatively new technology are overshadowing its prospects. Of the more than 20 FLNG projects that have been proposed since 2007, only five have crossed the finish line and only two others have reached a favorable final investment decision (FID). Moreover, Shell’s Prelude FLNG offshore Northwest Australia — the largest of the existing FLNG facilities — has been dogged by issues since its commissioning in mid-2019, and the operator last week said the unit will not produce any more LNG cargoes this year, after being shut down since February for electrical problems. Today, we examine the headwinds facing FLNG projects.