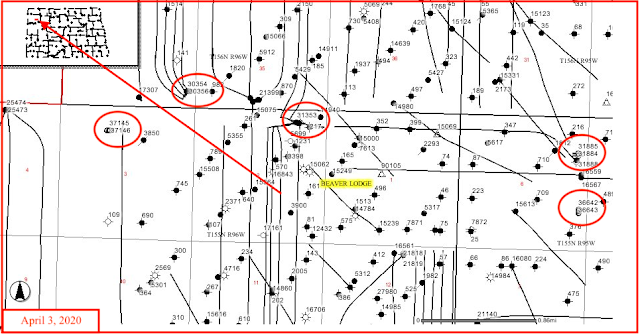 Beaver Lodge is tracked here but it has not been updated in a long time.

Extant amphibiians (collectively, Lissamphibia):
Molecular estimates suggest the Lissamphibia may stretch back farther than the fossil record, as much as 100 million year (Myr) farther back.

Salamanders are the morphologically most generalized of the three extant groups, not having the locomotor specializations of their sister tax frogs (jumping) or caecilians (burrowing).

Of the three, salamandroids may be the oldest, and fossils suggest their appearance may be 40 Myr earlier than previously supposed.

The 40-Myr extension is most exciting. Folks have been looking for estimates of divergence of cryptobranchoids and salamandroids.


The subclass Lissamphibia includes all living amphibians. They are classified in three orders:
Although the ancestry of each group is controversial, all share certain common characteristics, which indicates they evolved from a common ancestor and so form a clade.

I am very, very disappointed that neither frogs nor amphibians are found in the index of Aristotle's The Lagoon, by Armand Marie Leroi, c. 2014, 500 pages.

It's unfortunate that I cannot find any English word that derives from "lissa." Engineers will be familiar with the lissajous curve but that derives from the man who first described these complex harmonic motion curves: Jules Antoine Lissajous.
Posted by Bruce Oksol at 9:45 PM 2 comments: 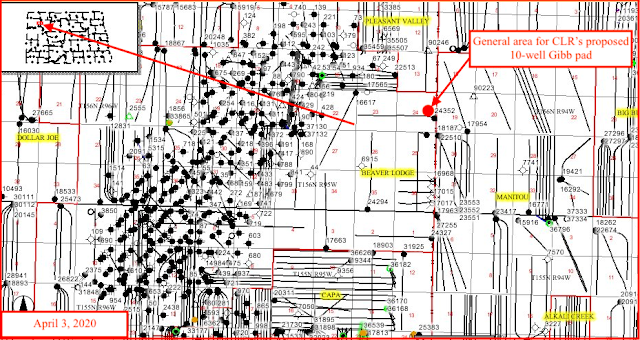 Fears that the paddlefish may carry the coronavirus? Whatever. 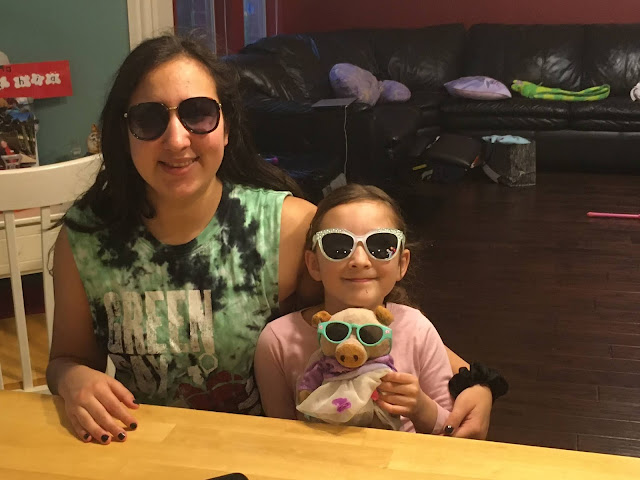 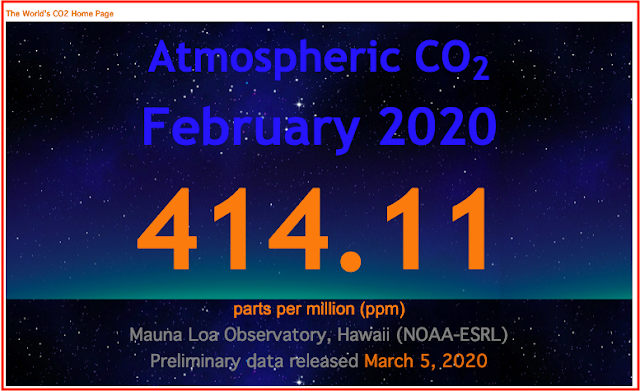 March, 2020, data should be out early next week. It will be interesting to see the April, 2020, data a month from now after worldwide Wuhan flu lock downs took effect. Could be very, very interesting.
Posted by Bruce Oksol at 2:31 PM 2 comments:

This huge well just went off line -- we'll follow it for awhile to see what's going on -- I assume it came off line due to all the neighboring activity and will soon be back on line.

The well:
Recent production which shows a nice "halo" effect. Nine thousand bbls over 14 days extrapolates to 19,000 bbls for 30 days:

And if  you want to see production from the very beginning, we have that, too.
Posted by Bruce Oksol at 8:56 AM No comments:

I don't think I've reported this one. A huge well, still a DUC.

Other wells on this pad:
Two wells to the immediate east:

Whiting Starting To Report The Ogden Wells In The Sanish -- Remain Confidential -- April 3, 2020 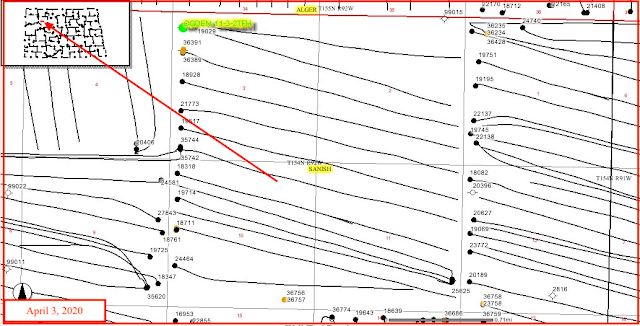 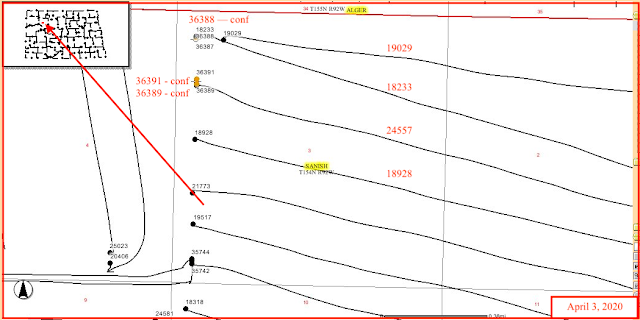 The older neighboring wells are all off line.
Posted by Bruce Oksol at 8:14 AM No comments: 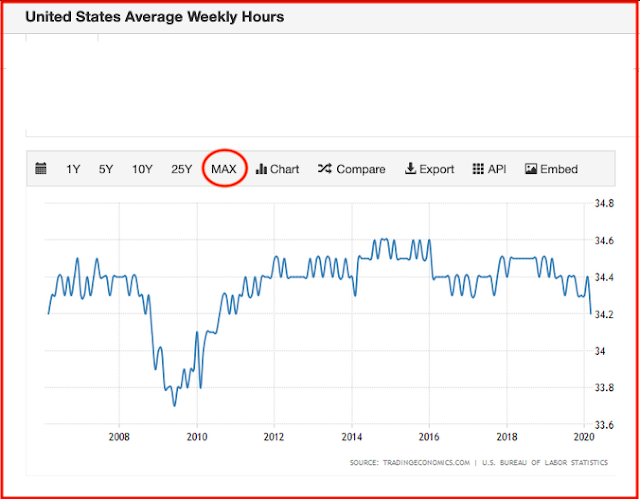 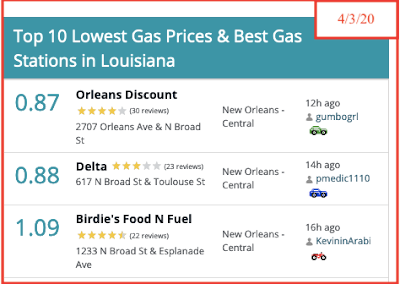 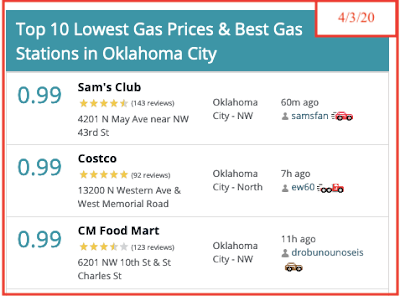