Bottom line:
An update at Reuters:


The Dutch government said it would not increase production at small gas fields in the Netherlands to compensate for halting production at Groningen in coming years.

Economic Affairs Minister Eric Wiebes informed parliament on Friday that "the ending of gas extraction at Groningen in 2022 with not lead to higher production at 240 small gas fields in the Netherlands," a statement said. "The volume will in fact decrease."

In other words, no Plan B.
Posted by Bruce Oksol at 8:43 PM No comments:

This page will not not be updated. The wells mentioned on this page are tracked elsewhere.

CLR has a producing Charolais North well and, as of October 7, 2019, a permit for a Charolais South well.

This is the graphic showing where the currently producing Charolais North well is sited and it's north-to-south horizontal; and the general location of CLR's permit for a Charolais South well, which will obviously run south-to-north and parallel the "north" Charolais horizontal. 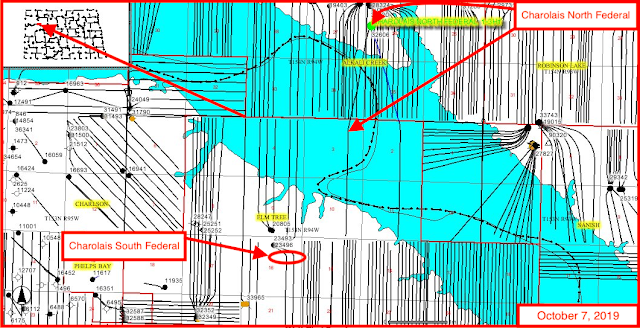 The Charolais South Federal well is tracked here.
Posted by Bruce Oksol at 6:56 PM No comments: 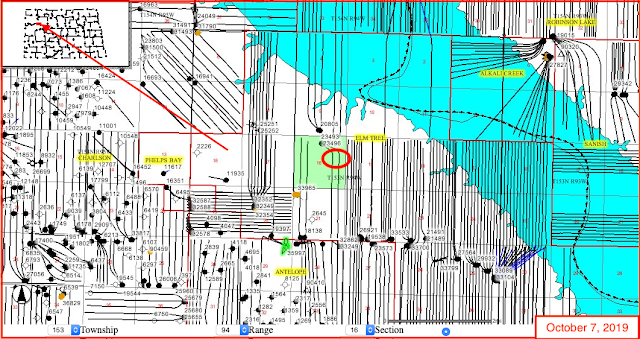 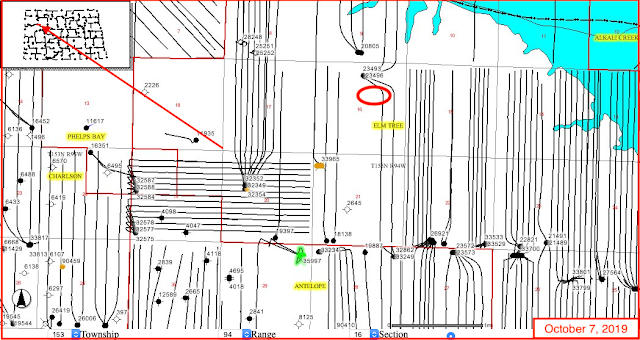 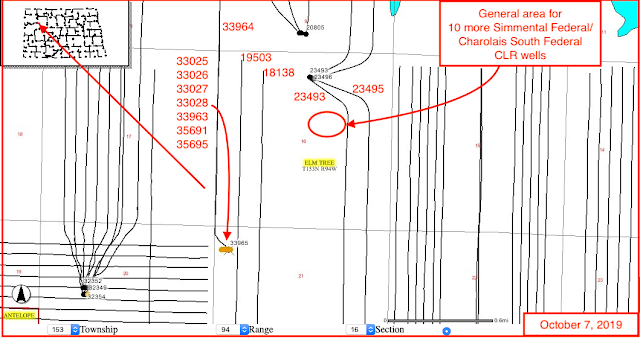 I did not know they were "an item" until I saw the story of Ellen Degeneres and her partner sharing  a booth with former President George W. and Laura Bush over the weekend while watching the Dallas Cowboys lose to Aaron Rodgers. How did I ever miss that power couple? I guess it's an old, old story, so I must have just forgotten. LOL. I do remember the name of her male friend beofe this one.
Posted by Bruce Oksol at 1:24 PM 4 comments:

John Svedrup: this is pretty cool. I link/track the John Svedrup at the sidebar at the right. This giant field goes into production today.  Data points:
Vietnam: positioning itself as SE Asia's top polymers hub; benefits from US-China trade war. At ArgusMedia.

Some incredible wells coming off the confidential list this next week.


Demand for ethane from U.S. steam crackers is rising as recently completed ethane-only crackers ramp up to full production and additional crackers are finished. To keep pace with demand growth, a portion of the ethane now being “rejected” into the natural gas stream and sold for its BTU value will instead need to be left in the mixed-NGLs stream and fractionated into purity-product ethane.

This raises two questions. First, in which shale plays will this shift from ethane rejection to ethane production occur? And second, how much will ethane prices need to increase to encourage the shift and make the required incremental volumes of ethane available? Today, we continue a series on ethane-market developments with a look at where the next tranche of ethane supply will come from and how high ethane prices might need to rise.