A reader noted that Kraken had no active rigs in North Dakota.

I replied with this bit of good news. Kraken has a number of new permits in 2020.

From Steven Pinker's 1994, The Language Instinct: How the Mind Creates Language. This has always been one of my top-shelf books but now that I am experiencing first grade all over again with Sophia and coincidentally and simultaneously learning Spanish with her, the book becomes interesting again.

"Noah Chomsky is currently among the ten most-cited writers in all of the humanities (beating out Hegel and Cicero and trailing only Marx, Lenin, Shakespeare, the Bible, Aristotle, Plato, and Freud) and the only living member of the top ten." -- page 23.

If one were to give full credit where credit is/was due, there were no less than four or five writers for "the Bible."

It's, of course, disconcerting and concerning that Marx and Lenin are in the top ten list.

Note who is not on the list: Homer. Oh. My. Goodness. And then that reminds me of James Joyce.

I happened to catch a godawful film, Berserk, last night on TCM. For reasons unexplained I watched this movie to its end. The star of the movie was Joan Crawford -- yes, that Joan Crawford -- and it was her penultimate film.

What caught my eye was a very obvious Pepsi-Cola product placement: a teenage girl at the circus drinking Pepsi out of a can. It was so obvious it could not be missed. After the end of the movie, the presenter, or host, Ben Mankiewicz explained that Joan Crawford's fourth and last husband, Alfred Steele, had been the CEO of Pepsi-Cola until his death.

He graduated from Northwestern University in 1923, where he played football, and became an ad executive. He first worked for The Coca-Cola Company, as vice president of marketing.

He became the CEO of the Pepsi-Cola Company in 1949. Under his management, sales tripled between 1955 and 1957. He reduced the sugar content of Pepsi products and introduced them to developing countries. He worked for Pepsi until his death from a heart attack in April 1959.

He was the fourth and last husband of actress Joan Crawford (married May 10, 1955, in Las Vegas).

Herbert L. Barnet, Steele's handpicked successor as chairman and CEO, appointed her to the Board of Directors.

In Joan Crawford's later career, product placement for Pepsi can be seen in several films, including Strait-Jacket (1964) and Berserk! (1967).

Crawford would remain on the Board of Directors of the Pepsi-Cola Company until her forced retirement in 1973. The two had their ashes interred in a crypt together upon Crawford's death in 1977. They are interred in Ferncliff Cemetery in Hartsdale, New York.

His crypt marker incorrectly lists his middle initial as "M" for no explained reason.

With most college football games of any note canceled (or postponed) today because of Chinese flu, we are pretty much forced to watch a 1-4 team (Baylor) play a 2-5 team (Texas Tech). Wow, it's going to be a long, long winter.

I've never seen Target so busy ... at least not since last Christmas. Wow, it was busy. On the way home, I stopped by our local Lego mini-figures and bricks store and bought a great winter-scene set. The set is not yet retired but on-line it is sold out.

I'm sure I've missed a bunch, but this is a good start.

This well is not in a particularly active area in the Bakken. There are seven locations on this pad:

Nearest wells in that area:

Late  yesterday I posted a note about which I had second doubts, whether I should post it. Against my better judgment, I left it up overnight. I'm glad I did.

The post in question, link here, was about investing in 2021. I thought I might be a bit inappropriately exuberant.

But then this, overnight, over at Twitter, this graphic: 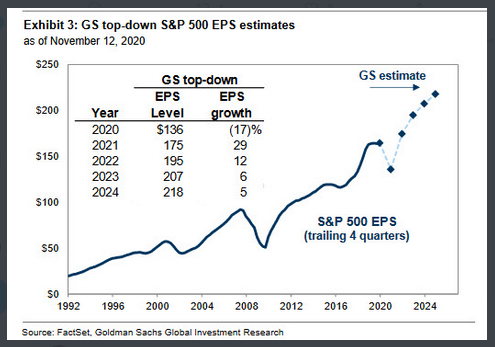 Just released and already out of stock. 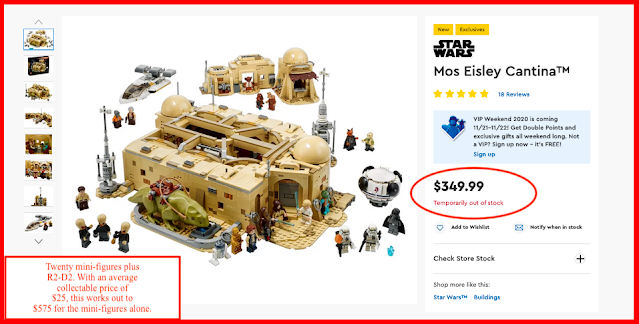 International non-energy story of the week:

International energy story of the week:

National non-energy story of the week:

National energy story of the week: