In the U.S., crude oil stockpiles fell by 1 million barrels last week, the U.S. Energy Information Administration reported; inventory still hovers near record highs. Kloza said he believes crude oil stockpiles will drop every week this quarter and next quarter, which may, in theory, prove bullish for crude prices, "but that's going to require a lot of patience."

"The people who are looking for $60 and $70 [per barrel], they have to realize something. We haven't actually had a month for WTI where it averaged in the 60s since September of 2009," he said, adding that there were many months following that year in which crude oil averaged anywhere between $80 and $100 per barrel, but not typically in the $60 range.

Furthermore, market watchers looking for oil to end up in the upper $60-$70 range in the intermediate term are going to have to "come back to Earth."

April 23, 2017: Oilprice.com may be confused, but Bloomberg certainly is not, calling it like it is -- simply put, US shale is eating Saudi Arabia's lunch.


OPEC's four-month experiment with production curbs has failed. More worryingly, the strength of shale's rebound suggests that OPEC faces a long-term struggle against this new source of supply in an industry where technological advances are the norm and today's niche play becomes the next decade's global standard.

Total U.S. crude production has risen by more than 550,000 barrels a day in the 20 weeks since OPEC decided to cut output, according to weekly Department of Energy data. Much of that increase has come from shale formations. If this rate of growth -- a little under 30,000 barrels a day of new supply each week -- continues, U.S. output could top its recent peak of 9.61 million barrels a day shortly after OPEC meets on May 25 to consider its next move.

That is bad enough for OPEC producers, but the picture just gets worse for them each month. The DoE publishes a monthly outlook and its views on domestic production are evolving rapidly -- and not in a way that suits OPEC.

Its latest forecast, published on April 11, pegs U.S. oil production at 9.24 million barrels a day by July. That is half a million barrels a day higher than it was forecasting for that month in November 2016, just before OPEC decided to restore output restraint. Its outlook for December 2017 has increased by 700,000 barrels a day over the same period.

April 23, 2017: another update from oilprice.com (consider the source).


It’s interesting how few public calls have been made for U.S. producers to show an understanding of the market.

Mohammed Barkindo, the secretary-general of OPEC said at that conference that the measures taken by OPEC and non-OPEC had put the oil market “on the path to recovery”.

He added “Our collective action will continue to prove effective.”

But as Einstein put it: “The definition of insanity is doing the same thing over and over again, but expecting different results.” Without buy-in from the U.S., it’s hard to see how that can work out.

In other words, any cuts OPEC might make, US shale and conventional oil from the US Gulf of Mexico will more than compensate for any cut in OPEC production.

April 23, 2017: oh, give me a break. After OPEC (euphemism for Saudi Arabia) announced a six-month cut in production (wink, wink -- see original post), the price of oil trended toward $55 before it dropped below $50. Now oilprice.com (consider the source) asks whether the OPEC deal has been a success? Their answer: "the picture is decidedly mixed." Oh, give me a break. The analysis begins:


One of the key metrics to look at is crude oil inventories, and with data available for the first three months out of the six-month OPEC deal, the picture is decidedly mixed.

On the one hand, the world is still awash with crude oil. Oil inventories in OECD countries surged in January by 70 million barrels, putting total OECD stocks above the 3-billion-barrel mark.

"On the one hand, the world is still awash with crude oil. Oil inventories in OECD countries surged in January by 70 million barrels, putting total OECD stocks above the 3-billion-barrel mark."


100 million bopd demand (rounded to the high side). Daily global production still exceeds daily demand (that is, every day since the linked article was posted, more oil is being put into storage somewhere).

Most optimistic folks are looking to see a one-million-bopd cut in oil production once the cuts are in place. Three billion bbls / one million bopd = 3,000 days of storage, but I honestly don't think between now and June, 2017, oil demand on a daily basis will exceed production.

In the linked article, this is something that should concern operators who paid $40,000 / acre in the Permian:


But a few pieces of data suggest that there are still fundamental problems with the oil market.

Reuters data shows that the volume of crude oil plying the world’s oceans hit a record high 47.8 million barrels per day in April, a 5.8 percent jump compared to December levels. That is a worrying sign given that December was the month before OPEC began reducing, so if global crude oil shipments are above even those elevated levels, then supply is probably higher right now than many believe.

Most under-reported story? For all the talk about OPEC cutting production, from the story at Reuters this line simply jumps out at me:

If that statement is accurate, note: the writer said that there is more oil -- more oil -- transiting world oceans than when cuts were put in place.

Also in this article:

Rig counts are irrelevant except when they aren't.

I'll come back to this later (maybe). 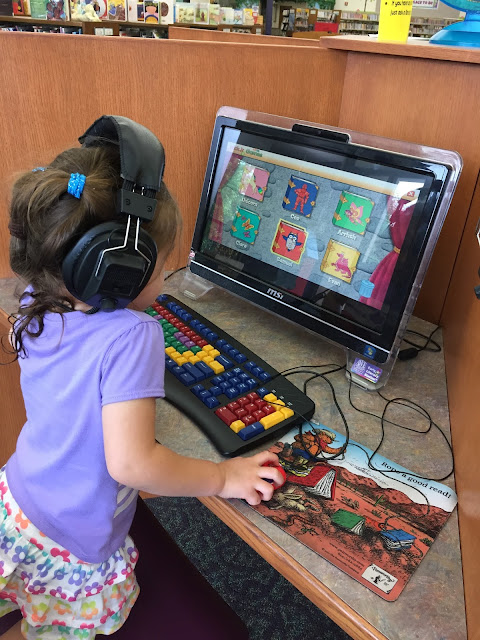 Largest refiner on US east coast will no longer take rail deliveries of Bakken oil.

Good, bad, or indifferent with regard to one's thoughts about pipelines, think about  it: 425,000 bopd that used to be by rail through Minneapolis, Chicago, etc., will no longer go through those cities.

Posted by Bruce Oksol at 9:41 PM No comments:


In North America, Taqa’s oil and gas business is focused on conventional oil and gas exploration and production in Canada. The company’s South Area of oil and gas assets includes properties in Southern Alberta, South West Saskatchewan, Montana, North Dakota, and Wyoming in the U.S. Taqa is also active in power generation in the U.S. and holds an 85 percent interest in a tolling agreement for the Red Oak power generation facility in New Jersey, and 50 percent in the Lakefield wind farm in Minnesota.

Back in 2010, TAQA ranked #50 among operators in North Dakota. One can search the blog for TAQA; quite interesting; targeting conventional formations.


RBN Energy: US LNG exports set to tip the gas market scales in 2017.

Scott Adams: how a systems-thinking president can settle the climate science debate.
Posted by Bruce Oksol at 9:28 AM No comments:

Say it isn't so: Subway's store count shrinks for first time in company's history.  I first got a hint that this might be happening when I was told by our neighborhood Subway employees that a Subway a few miles south of us was closing. The restaurant competition in north Texas is mind-boggling.

Another one bites the dust: Bebe Stores (I had never heard of them) announced it was closing all of its stores -- I guess that means it is going out of business? -- the women's clothing retailer is the latest in a string of liquidations and bankruptcies that have swept the sector.

Sears: has been quietly closely more stores than it said it would.

Cut: Russia agrees on preliminary basis to extend cut in production when it is due to expire in June. Saudi Arabia and Kuwait have already indicated the same (no previous link; I don't see this as news).

Shale doesn't matter?: From Reuters -- oil prices could tumble again on US shale influx. Shocked, I'm shocked! Memo to self: another note to Jane Nielson.

Record: US existing home sales surge in March -- reaching highs not seen since 2007.

Record: 1Q17 oil, gas M & A activity hit record $73 billion. Data points:
Natural gas: this is being posted for the archives; most folks knew this was coming. The EIA says natural gas will be the top generation this summer.

Record: one wouldn't know it without Drudge, but RNC raises record amount of cash.

Turning on Chelsea: "Please, God, stop Chelsea from whatever she is doing." -- Vanity Fair. A must read.
Posted by Bruce Oksol at 9:25 AM No comments: