Someone blinked ... and I doubt it was Trump.


I've Got Canada In My Pocket

NAFTA is "renewed."  Link here. Of course, Congress will now get involved. My hunch: someone will want the FBI to do a background check on Prime Minister Trudeau.

Midnight at the oasis, send your camel to bed ...


Meet Me At The Oasis, Maria Muldaur

February 19, 2018: solar will not be enough. The $7-billion solar project will be eclipsed by an $80-billion nuclear energy project.

30-second elevator speech: instead of $109 billion, Saudi Arabia will now build a solar energy project costing upwards of $7 billion; paid for by the developer.

Renewable implications for the rest of the world? None. Saudi and solar energy is a one-off; possibly the only country where solar energy might make sense. But if truth be told nuclear energy would be a better bet.


Saudi Arabia has put on hold a $200 billion plan with SoftBank Group Corp. to build the world’s biggest solar-power-generation project, Saudi government officials said, in a complication for another eye-catching transformation project in the kingdom.

The stalled project marks a setback for a partnership between Saudi Arabia and SoftBank that has pursued ambitious ideas. Together, they have created a $100 billion fund for technology company investments that has resulted in a rush of new money flooding into startups.

The project would have turned the world’s most important oil producer into a giant in solar power, ultimately generating about 200 gigawatts of energy—more than three times what the country needs every day. 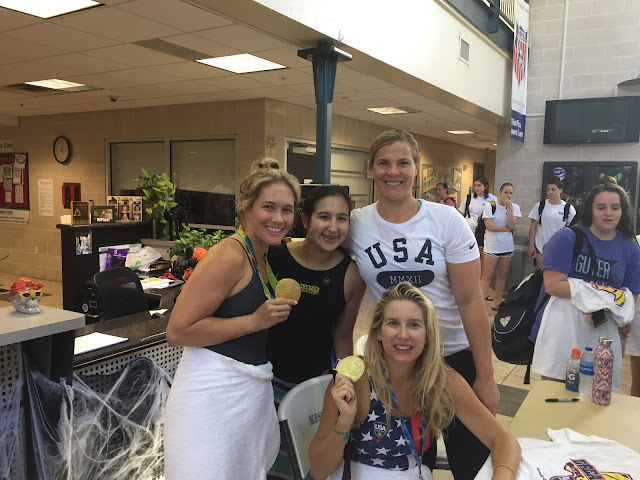 Is it just me, or does it appear you have to be really attractive to be an Olympic champion?
Posted by Bruce Oksol at 8:56 PM 2 comments:

LOL. This is one article I'm not even going to read. This is the guy that said the Bakken was dead back in 2016 or thereabouts.

Metonyms: by the way, I agree with the headline above. "Literally," I don't think WTI will hit $100 within the next 18 months but figuratively, and as a metonym, I'm not so sure we won't see "$100-oil" in the next year and a half. For many people $75-WTI is as good (or as bad) as $100 oil. For the US investor heavily invested in energy, $75-WTI might be a whole lot better than $100-WTI (recession, demand destruction); on the other hand, for the $12-an-hour In N' Out employee (advertised starting wage  here in Grapevine, TX), there may not be a whole lot of difference between $75-WTI and $100-WTI (can't afford gasoline at any price).

Trade wars: China's economy is losing steam as tariffs start to sink in. -- WSJ. China is trying to run out the clock. They have at least two more years.

Unrest: Iran struggles with unrest in pivotal oil hub. -- WSJ. John Kerry, no doubt, telling the Iranians to hang in there. It will be better in two years.

Ryder Cup: Wow, the US team was shellacked. This is beyond embarrassing. I believe I saw that together, Mickelson and Tiger Woods went 0-6-0. That's zero wins, six losses, and zero ties. I don't golf but I could have done that -- zero wins, six losses, and zero ties. Rickie Fowler didn't do much better: I believe Rickie Foweler's card for the tournament was 1-3-0. Jordan Spieth: 0-6 career singles record in Ryder Cup. Phil Mickelson: 22nd career match lost (most in Ryder Cup history). Dustin Johnson: 1-4-0; worst record in Ryder Cup by sitting world No. 1 player. If you can handle the blood, see this link.

State rights:
Irony: my wife is fascinated by Ruth Bader Ginsburg. My wife tells me her husband -- RBG's husband -- was a very, very successful tax attorney. Tongue-in-cheek, trying to get her strongly Democratic goat, I asked my wife what a "very, very successful tax attorney" did. She did not take the bait; she said, "I don't know." And then went back to reading the article.

I was completely unaware that there was a controversy about the "existence of King David." It is, I understand, a fact -- as much as anything can be factual -- that there existed a historical Moses, Abraham, Jesus, and Solomon. They may not have done everything attributed to them in the Bible, but it's my understanding there's little controversy they really existed.

I assumed that David was of the same group. But apparently not. Apparently there is a huge argument whether he existed. I stumbled across that in the current issue of The London Review of Books in an essay, "Nobody's Perfect," by Diarmaid MacCulloch, page 21:


If King David is mythical, what does that do to modern Jewish claims to a place in the land of Israel, achieved by feats of arms to equal his own?

"If King David is mythical?" I never knew.

So, quickly, an internet search:


Until very recently, there was no evidence outside the Bible for the existence of King David. There are no references to him in Egyptian, Syrian or Assyrian documents of the time, and the many archaeological digs in the City of David failed to turn up so much as a mention of his name. Then, on July 21, 1993, a team of archaeologists led by Prof. Avraham Biran, excavating Tel Dan in the northern Galilee, found a triangular piece of basalt rock, measuring 23 x 36 cm. inscribed in Aramaic. It was subsequently identified as part of a victory pillar erected by the king of Syria and later smashed by an Israelite ruler. The inscription, which dates to the ninth century BCE, that is to say, about a century after David was thought to have ruled Israel, includes the words Beit David ("House" or "Dynasty" of David"). It is the first near-contemporaneous reference to David ever found. It is not conclusive; but it does strongly indicate that a king called David established a dynasty in Israel during the relevant period.

So, there you have it. There is doubt among scholars whether King David ever existed.

It turns out that an archaeological dig twenty miles south of Jerusalem, Khirbet Qeiyafa, may have evidence that supports the view that David was a real historical figure. If you can't get to the London Review of Books, there is wiki, and, the Khirbet Qeiyafa site itself.

Of all the things that one might question about the Old Testament, it seems questioning the "reality" of a historical David is beyond the pale. But then, that's just me.
Posted by Bruce Oksol at 8:16 PM 2 comments:

Story Lines As We Approach The End Of The Year: Natural Gas Fill Rate Not Keeping Up; Running Out Of The "Right" Kind Of Oil -- September 30, 2018

Natural gas: becoming the big story of the year. Now this from Platts via oilprice:


Europe’s natural gas and electricity markets are heading into the winter heating season with prices at record highs amid various supply outages in already tight markets and uncertainty over how much flexibility in gas and power generation there will be.

Forward prices for natural gas are factoring in a winter risk premium in the currently tight market, highlighting the concern that another supply outage could strain the market further and send prices even higher.

Yet, the key factor determining Europe’s gas and power demand this winter will be something that no market can control—weather. Forecasts suggest that the start to the winter in Europe would be mild.

Last winter’s start was also mild, before the Beast from the East swept through Europe at the end of the season, causing one of the coldest winters this decade, squeezing natural gas supplies across Western Europe, and sending prices soaring.

Refiners struggle to adapt to the shale boom -- from Forbes via oilprice -- we've talked about this often -- it's not a shortage of oil, it's a shortage of the "right" kind of oil --


U.S. shale production is at record highs and the momentum is still not over. A lot has been said about the energy self-sufficiency implications of this trend, but there’s something that has not garnered a lot of attention: U.S. shale is light crude, great for making gasoline and other light fuels, but not so great for products such as middle distillates. Why this is important? Because gasoline demand is stagnating while demand for middle distillates is set for a serious boost ahead of the new IMO regulations on maritime vessel emissions.

In a recent article for Forbes, Wood Mackenzie’s VP for Chemicals and Oil Markets, Alan Gelder, warned that U.S. refiners may very soon find themselves struggling with excess production of gasoline that exceeds demand for the fuel.

At the same time, to make matters worse, the production slump in Venezuela is reducing the availability of heavy crude needed for middle distillates, not to mention that not all U.S. refiners have upgraded their facilities to produce more low-sulfur bunkering fuel products.
The problem concerns Asia as well, Gelder notes. Most refineries there need heavy sour crude to function, and there could be a shortage of this particular type of crude on the horizon because of the situation in Venezuela.

Atom Land: A Guided Tour Through The Strange (And Impossible Small) World of Particle Physics, Jon Butterworth, author of Most Wanted Particle, c. 2017, 2018.

Jon Butterworth is a professor  of physics and astronomy at University College London of the ATLAS collaboration at CERN's Large Hadron Collider.

The discipline: the study of the very smallest things goes by many different names; none of them is perfect:
The Standard Model
Eight expeditions:
First expedition
And we will stop here; rest of notes, if any, elsewhere.

Waves vs particles: think about this: while bullets fired from different directions may collide, there is no way that firing more shots could reduce the number of bullets. But making more waves might indeed make part of an ocean bay calmer. -- p. 12.

This well was not re-fracked:
The Radermecher wells are tracked here, but have not been update.

Production, recent, August extrapolates to 7,400 bbls in a 30-day month, a jump from less than a 1,000 bbls prior to the three-month shut-in:

For Art Berman: Note the production data after just 18 months for two of the three new Radermecher wells:

The "Bible Page" will have to wait. Sophia and I are on our way to the Jurassic dinosaur exhibit! 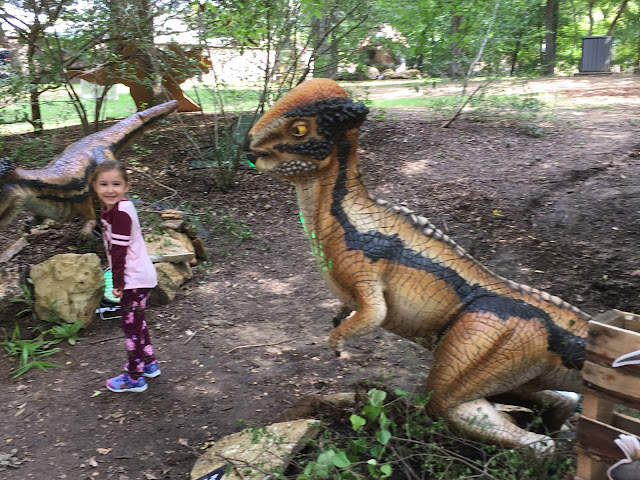