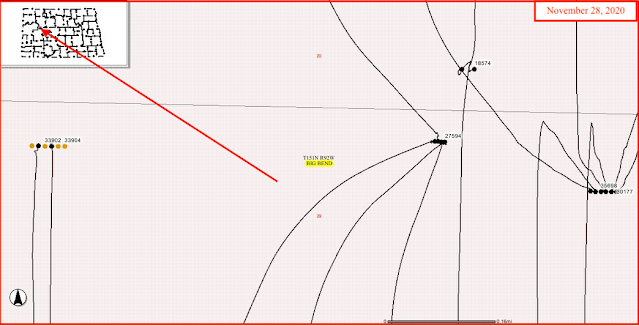 Lego: Every one of these higher-priced sets is sold out at Lego. I am on the waiting list for one of the six sets shown: 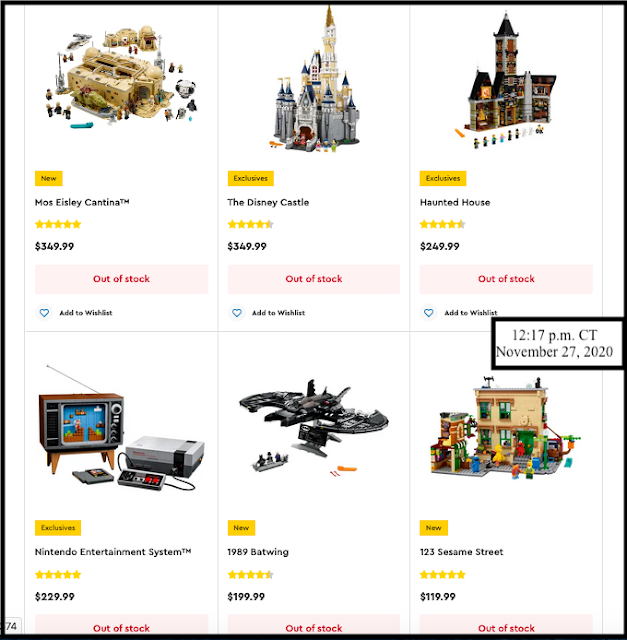 Some stores on Main Street (or at the mall) seem to be doing just fine.

The nature page. This is pretty cool.

I ordered the book from a thirty party book reseller on Amazon. It exceeded my expectations. It looks brand new; the seller said the duck jacket shows minor shelving wear, otherwise an unblemished copy. It looks brand new to me; it certainly does not appear it has ever been read. 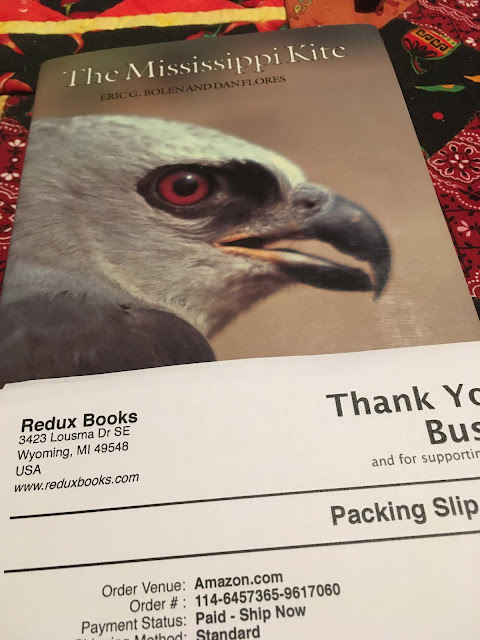 This photo was taken right after Thanksgiving dinner last evening. The two cousins were in a really, really good mood. Turkey and salmon was on the menu but no honey-baked hams! Ham for dinner is often an awkward moment for these two, though Sophia says Corky loves bacon. 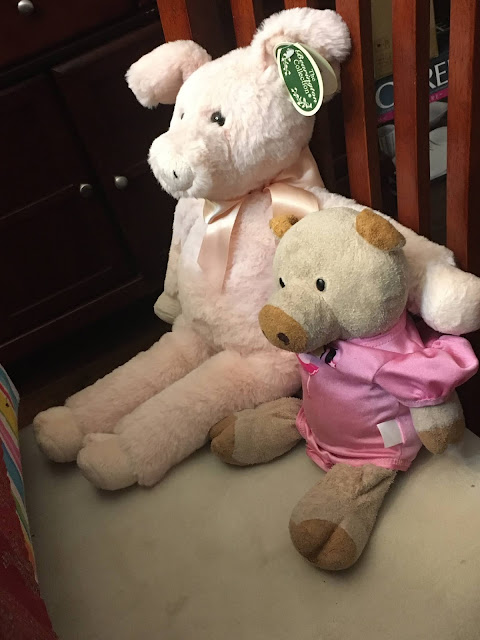 Edith Head: last night while watching TCM's Alfred Hitchcock's marathon, I noted Edith Head was credited with costume design in one of the movies. I pointed that out to our oldest granddaughter who knows something about everything -- she did not know of Edith Head (not surprising) but knew of Edna Head. I did not. Wow, what a great story. From wiki:

Edna was created by screenwriter and director Brad Bird to explain how The Incredibles' superheroes obtain their costumes, a topic he believes is rarely explored in superhero films convincingly.

Bird also decided to voice the character himself after several actresses originally considered for the role failed to replicate Edna's unique accent.

The director understood that, in addition to fashion expertise, the character would need to demonstrate proficiency in science, engineering and technology in order to create costumes capable of withstanding the trials of superheroic activities, and ultimately conceived her as a short, confident character of both German and Japanese descent based on these countries' reputations as small yet powerful nations.

Inspired by Q from the James Bond franchise, Edna is widely believed to have been based primarily on costume designer Edith Head, although there continues to be constant speculation as to which celebrities inspired Edna, particularly Vogue editor-in-chief Anna Wintour and actress Linda Hunt.

Update: either I forgot or did not know this --

Master of Suspense, Alfred Hitchcock, directed over 50 movies. ... his favorite designer was Edith Head, who created all the costumes for his films In America. She is the pure legend of Hollywood and won a record amount of Oscars - 8 pieces- for the design of costumes.

Blue Eyes Cryin' In The Rain: by the way -- pat myself on the back -- I updated an entry over at wiki regarding this song -- a fairly important update that corrected the history of that song. And provided the source for that correction.

Flattening the curve: it looks like the second wave will be much, much worse than the first wave. I'm not worried. Yet.

CDC: the weekly MMWR report usually released on Friday will be delayed; released on Monday, November 30, 2020.

This is really quite amazing. I always under-estimated Rosanne Cash. My bad. From wiki:

Released in November 1987 as the album's third single, it was also the third of four consecutive number-one country hits from that album, peaking in February 1988.

Randy Scruggs played the acoustic guitar solos on it.

Rosanne Cash recorded the song at the suggestion of her then-husband, fellow country singer Rodney Crowell.

When she recorded the song, she was unaware that her father wrote it, and assumed that it was in the public domain.

Johnny later told Rosanne that her success with the song was "one of [his] greatest fulfillments."

The Rolling Stone Encyclopedia of Rock & Roll cited Rosanne's cover as a "healing of her strained relationship with her dad."

Is this simply not the best toe-tapping song ever, and written by Johnny Cash himself. Who would have guessed?

And, yes, I just had my first turkey-left-over sandwich for lunch. Turkey leftovers are under-rated. Way better than ham. Not better than BLT but easier to make. By the way, never, never, never use "lite" Kraft Miracle Whip. Just saying. The taste is fine; the appearance/texture is weird, to say the least.

How 'bout them Cowboys? I did not watch the game but the highlights ... amazing.

Apple: to move some iPad and MacBook production to Vietnam.

Ouch: yet to be confirmed but sources reporting that Iran's senior nuclear weapons scientist assassinated.

This guy is nuts. But then we all knew that. "Passing mashed potatoes at the Thanksgiving table" is banned. Read the highlights of the Thanksgiving restrictions imposed by the California governor; truly nuts;

Disney: "hope springs eternal"; any thoughts that Disneyland would open any time soon? Look at the Thanksgiving ban; "can't pass mashed potatoes at dinner"; any chance Disneyland will be allowed to open any time soon; Disney must have gotten the memo; announced another round of "layoffs."

Ouch: state with highest poverty level? One guess and it's not any state east of Nevada. Link here.

Reading: I have completed The Real Lolita by Sara Weinman, c. 2018. Gets my vote if one enjoys this sort of stuff. At the end of the day, it's a "throwaway" book but I really enjoyed it. Lots of cocktail party trivia. Are cocktail parties still allowed. LOL. Does anyone really think the Hollywood elite didn't host huge Thanksgiving parties?

The Fed will buy "stocks." Investopedia. July 20, 2020. Best thing I've read so far today ... but it's early. Forbes, also, July 18, 2020: the Fed is going to buy stocks. The other day a reader said this market will crash when there are no more buyers. The Fed is the buyer of last resort. And that's just one arrow in their quiver. Pretty funny. Just after typing that, this popped up: "The Fed has bought $8.7 billion worth of ETFs. Did the Fed convince Wall Street it would be "the buyer of first or last resort?" Link here. This pretty much guarantees a floor. By the way, Any way you look at $8.7 billion, that's an incredibly small number. AAPL market value alone is $2 trillion. One wonders why it took this long? 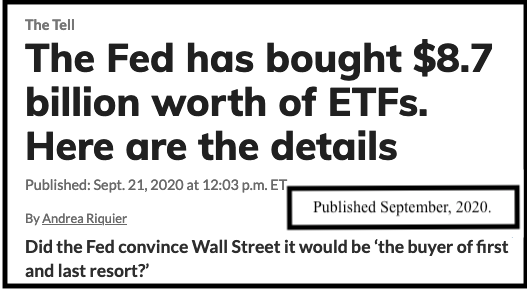 Our younger daughter out in Portland, OR, alerted me to this last night about 8:00 p.m. Pacific Time. I experienced the same thing this morning: 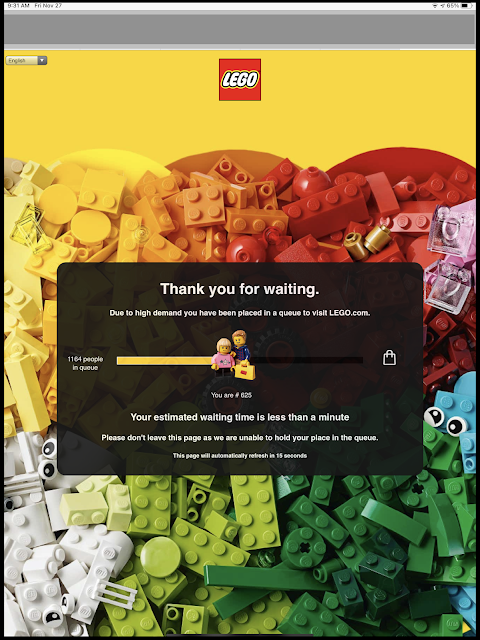 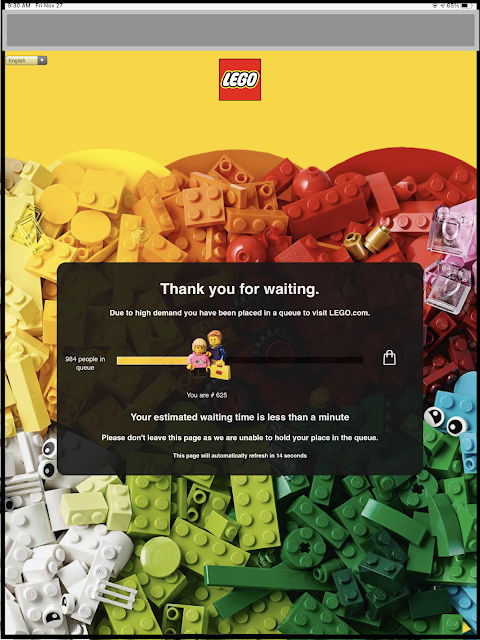 Pipeline commitments key to Enbridge's strategy: this is a re-post of an earlier post.

The energy industry in North America is in crisis. COVID-19 remains a remarkably potent force, stifling a genuine rebound in demand for crude oil and refined products — and the broader U.S. economy. Oil prices have sagged south of $40/bbl, slowing drilling-and-completion activity to a crawl and imperiling the viability of many producers. The outlook for natural gas isn’t much better: anemic global demand for LNG is dragging down U.S. natural gas prices — and gas producers. The midstream sector isn’t immune to all this negativity. Lower production volumes mean lower flows on pipelines, less gas processing, less fractionation, and fewer export opportunities. But one major midstreamer, Enbridge Inc., made a prescient decision almost three years ago to significantly reduce its exposure to the vagaries of energy markets, and stands to emerge from the current hard times in good shape — assuming, that is, that it can clear the major regulatory challenges it still faces. Today, we preview the Calgary, AB-based midstream giant, Enbridge, which plans to de-risk its business model.

The multi-billion merger of Canadian giants Cenovus and Husky.

On October 25, a major consolidation of two Canadian oil and gas companies was announced with the planned merger of Cenovus Energy and Husky Energy. The prospective consolidation will offer the opportunity for corporate-level synergies and, over the longer term, for the physical integration of some of the companies’ operations, especially in Alberta’s oil sands. In today’s blog, we discuss some of the more nuanced elements of the consolidation, including potential improvement in crude oil market access and the larger presence of the combined company in PADD 2 refining, a sector that has taken a major hit during the pandemic. This blog also introduces a new weekly report from RBN and Baker & O'Brien: US Refinery Billboard.

Cenovus Energy is an integrated oil and natural gas company headquartered in Calgary, AB. It was formed when Encana Corp. (now known as Ovintiv) spun-off its oil-based assets into a separate corporation in 2009, allowing Encana to — at the time — focus on its natural gas assets. Cenovus produces oil in Canada and has refining interests in the U.S. The production assets include oil sands facilities at Christina Lake and Foster Creek and conventional operations at Marten Hills and Deep Basin. Notably, Cenovus announced this week that they have entered into an agreement to sell their Marten Hills oil assets to Headwater Exploration.

In the U.S., Cenovus has a 50-50 partnership with Phillips 66 in WRB Refining, which has refineries in Borger, TX, and Wood River, IL.