I'll get back to this when I can, but the transcript for 3Q17 QEP earnings has been posted. A reader noted this from the transcript:


Additionally, we completed and turned to sales four refractured wells on Fort Berthold.

And those four wells were completed, three of them were in the Middle Bakken and one was in the first bench of the Three Forks.

All four of the refractured wells were originally stimulated to what we would call a Gen-1 type completion and that’s a 31 to 34 stages, they were all sliding sleeve completions originally and they had an average proppant concentration of a little over 300 pounds per lateral foot.

Just as we do on our successful refrac program in the Haynesville, we ran and cemented a string of casing inside the existing sliding sleeve casing string. Then we did a traditional plug and perf restimulation over 30 to 31 stages with an average proppant concentration of approximately 1,000 pounds per lateral foot.

Likely candidates, all in Heart Butte (there may be other candidates) (I will fill in the rest of the data later):
For newbies, this gets us back into an interesting discussion regarding re-fracking. There are several questions:
Something tells me Harold Hamm would have a lot to say about all this.

See also the graphic at the bottom of this post.

These re-fracks are not one-hit wonders. LOL.

The Bakken Never Ceases To Amaze Me; Questions Remain On This One -- The CLR Florida Federal Wells -- October 28, 2017

Previously discussed but now we have more data and the graphic. And a failed frack in a newer well (see below).

According to FracFocus this well has not been re-fracked and there would seem to be no reason to re-frack this well. The last sundry form was received July 20, 2014 (switch to pump).

Look at the production profile: 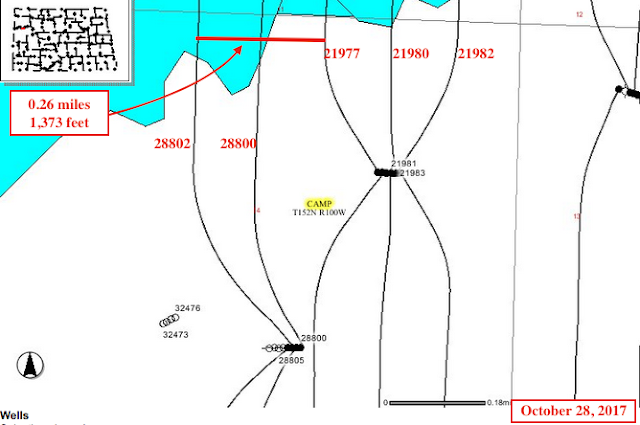 The Parents:
The newer fracked wells (the children):
Interesting, huh?
Posted by Bruce Oksol at 9:19 PM No comments:

A "new" look at legacy formations in western North Dakota.

Two-part series on water, fracking and the Bakken.

Best Western Plus Inn and Suites breaks ground in Williston.

One million bbls/day by 2018.
North Dakota named one of America's most pro-business states (#3).

Contracted rigs in the Bakken: 225.

The well:
FracFocus: no data that this well was re-fracked. 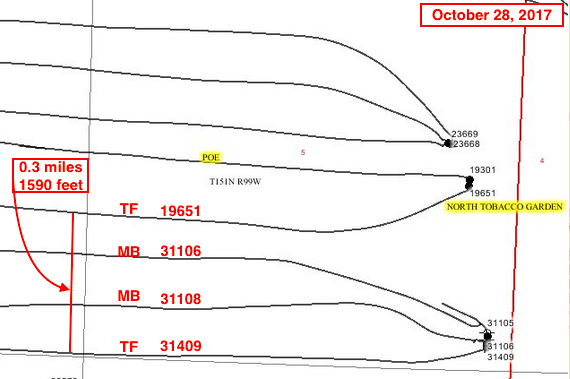 
The well:
The graphic: 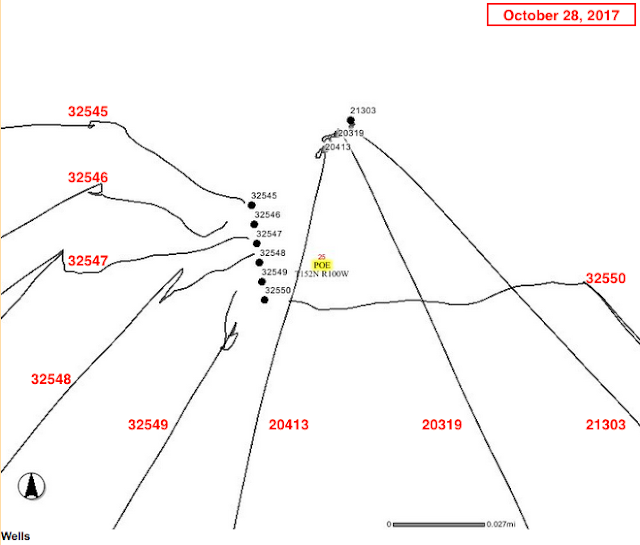 From the sundry forms:
Production at time of 2nd stimulation:

Production at time for 1st stimulation: