Apparently Bloomberg is reporting that for the first time in five years, Americans consumed less pizza than the year before. Bloomberg attributes the decrease to the NFL boycott. But the decrease was not by much. The decrease works out to a single slice of pizza -- it probably occurred in the first quarter of the year -- during the two-week layoff leading up to the Super Bowl.

Just joking. That may or may not be accurate, but I pulled it out of thin air (with apologies to Sir Henry Neville aka William Shakespeare).

But apparently this is true. Apparently Bloomberg is reporting that in 2017 (last year), American gasoline consumption fell for the first time in five years. According to the linked article, government figures show that consumption was down by just 0.0006 percent compared to 2016. The demand reduction occurred in the first quarter, corresponding with the inauguration of President Donald Trump.

And then this: According to Bloomberg, illegal immigrants started driving less after Trump took power for fear of apprehension by immigration officers.

To some that might be quite a stretch, so Bloomberg also noted that higher prices might have had something to do with the decline in consumption by 0.0006 percent.

Anyone who thinks the US government can measure a 0.0006 percent change in any commodity consumption has a lot of faith in US government bureaucrats. It will be interesting if Mark Perry can come up with a graph to show this decline.
Posted by Bruce Oksol at 8:22 PM No comments:

Both of these stories are pretty big stories. I'm not exactly sure which is the bigger story. If the UK runs out of natural gas it could be devastating for those folks who have no heat. On the other hand, a lot of New England folks are already anticipating loss of homes due to what-appears-to-be an epic storm in the making.


Nor-eastern in New England. From the Weather Channel, and I quote: " Winter Storm Riley to Undergo Bombogenesis, Become an Intense Nor'easter With Coastal Flooding, High Winds and Heavy, Wet Snow in the East." That is all.

UK is running out of natural gas. From SeekingAlpha:

NGG estimates U.K. gas demand today of 404M cm, up from an initial forecast of 396M cm, while supply is forecast at just 376M cm; the system had opened more than 50M cm after an unplanned outage at the South Hook LNG facility added to other outages affecting domestic production.

The “Beast from the East” is the most severe winter storm seen in the U.K. and much of Europe in many years.

And here are the headlines: 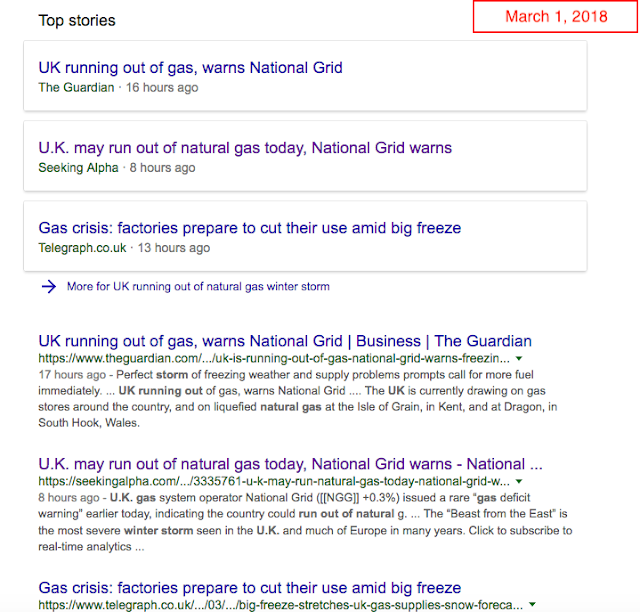 I wish all my friends and family could see "DriveNation." It's really quite amazing.

We've talked about it before.  It's a huge sports facility on the south side of the DFW airport. It appears to be designed with the same specifications as a hangar for a wide-body aircraft (Boeing 747; DC-10; Airbus; etc).

I'm on the second floor mezzanine overlooking eight basketball courts -- all in use.

Behind me is a full, indoor soccer field (a futsal field to be exact).

And right below me is a fast food restaurant with many, many healthy food choices. Our granddaughter's soccer team often practices here when the soccer fields are closed due to heavy rain.

The DFW area has recorded as much as 10" of rain in the past week or so. It looks like the weather is starting to dry up and Noah has put his plans to build an Ark on hold. We'll know later if that was the right call.
Posted by Bruce Oksol at 7:58 PM No comments: 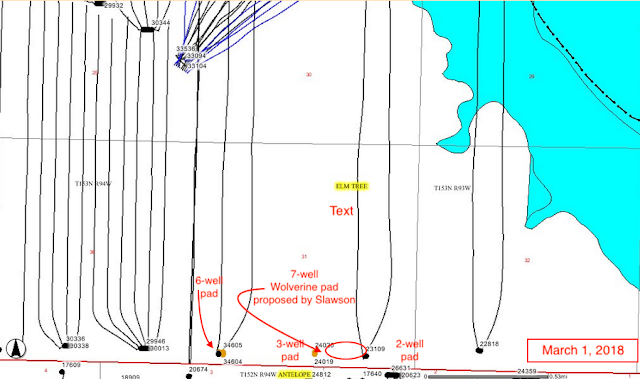 Posted by Bruce Oksol at 7:43 PM No comments: 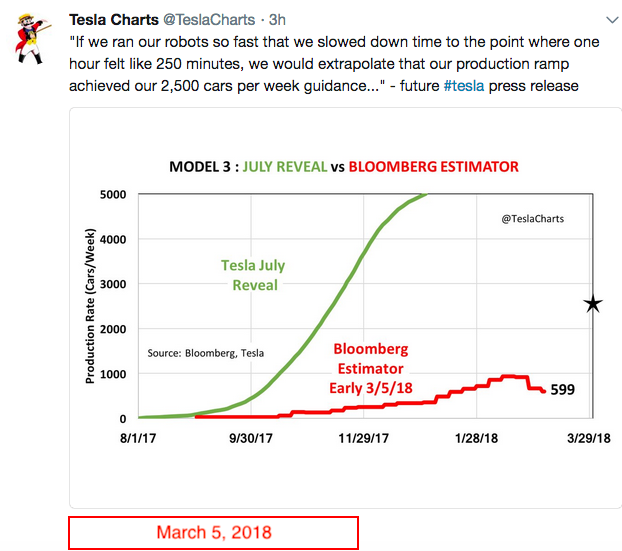 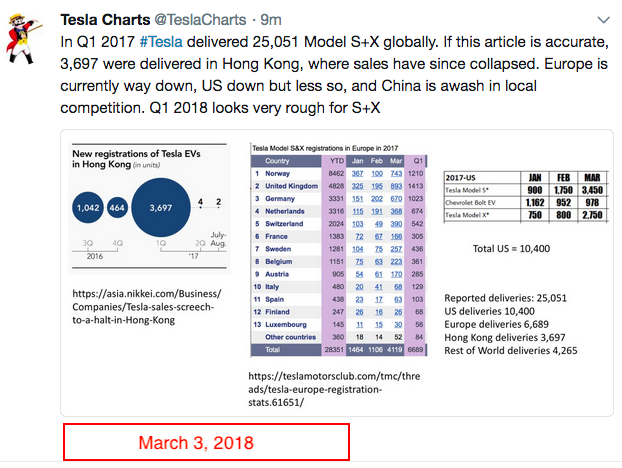 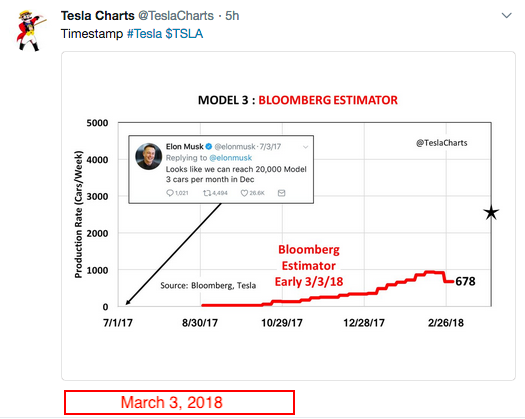 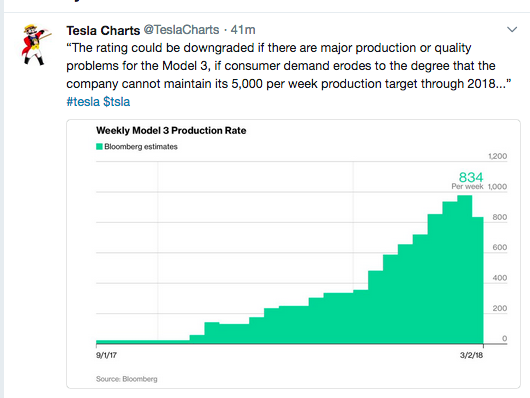 Sales/deliveries for a few EV makes/models have been reported. It will probably be mid-week next week before we see the full list. But unless I'm missing something, the numbers look pretty good for the EVs: 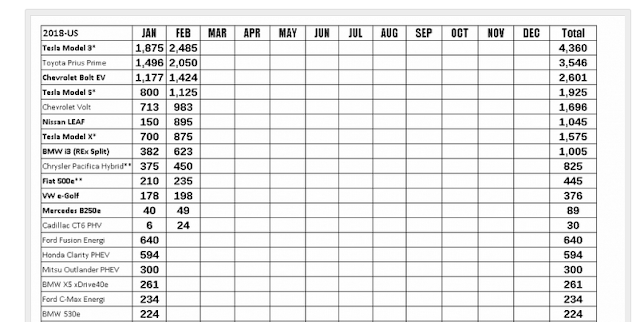 So, we'll have to wait to see what the pundits say about Tesla's sales. Tesla Model 3 beat out Chevy Bolt and Chevy Volt combined: 2,485 vs 2,407. That surprises me.


Last year, February, by far was the worst month for Chevy Bolt, selling only 952 vehicles. Chevy Bolt's best month was December, 2017, selling 3,227 vehicles. Bolt sales my be more sensitive to the month; I don't know. I doubt Tesla deliveries are affected by the month; the backorder number is huge; it's simply a matter of what Tesla can produce.

Having said that, February was one of the better months in 2017 for the Chevy Volt.

We will have to wait a few more months, a few more quarters to get a better picture. For me, right now, it seems a bit muddled and not quite as bad as some of us had forecast -- at least in terms of units sold/delivered.

From a post just a couple of days ago: 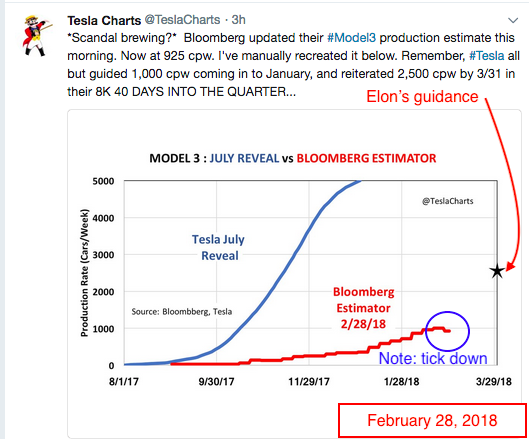 
Calgary-based Enerplus Corp. plans to continue to pour money into its North Dakota light oil play this year after crediting it with fourth-quarter profits that handily beat analyst expectations.

The company will invest 90 per cent of its 2018 capital budget of between $535 million and $585 million in the United States, most in North Dakota Bakken light oil wells, where production is expected to grow by 30 per cent.

Data points:
Much of the article was devoted to the tax problems and regulations Enerplus and Suncor face in Canada. Both companies are re-evaluating their plans in Canada vs the US.
Posted by Bruce Oksol at 3:53 PM No comments:

Rigzone notes that over the next few years the number of oil and gas producing countries with government instability will increase. Rigzone mentions Russia, Kazakhastan, Egypt, Kenya, and Uganda. But in the big scheme of things, these will not affect the price of oil, according to Rigzone. Rather, the two biggest geopolitical events that could affect the price oil:
Venezuela not even mentioned in the article. Nor was Mexico.

Most interestingly, Mexico was not mentioned. The tea leaves suggest geopolitical events in Mexico might have profound effects on the US.

But, of course, if Bernie Sanders is elected president of the US in 2020, everything changes.

The US will cut offshore drilling royalty rates by a third -- from oilprice.com --


An Interior Department advisory committee voted unanimously to cut the royalty rate that oil and gas companies pay for offshore drilling in federal waters. The Interior Department’s Royalty Policy Committee held a meeting in Houston to evaluate a proposal to lower the royalty rate companies pay on offshore drilling from 18.75 percent to 12.5 percent to promote more offshore production.The lower rate would apply to the value of oil and gas from drilling-rights leases sold starting later this year.


a three-year program for Saudi high school graduates that trains them in various energy trades and crafts selected by leaders of the academy. Specialized programs include electrical, mechanical, renewable, nuclear, operations and manufacturing disciplines, according to the academy's website.

The top three finalists were "Germany, Great Britian, and BSC.

This tells me there's hope that Bismarck could yet get the Amazon second headquarters site. 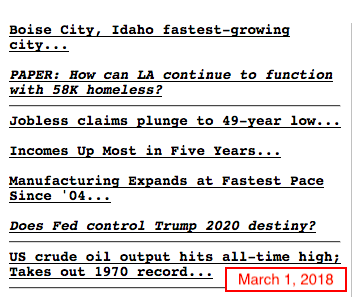 Late reporting? Maybe I'm missing something, but didn't we report the December, 2017, North Dakota crude oil production about two weeks ago? Now it appears Zacks is finally getting around to the story. Coincidentally, I ran through some of the data last night and Zacks is missing a few of the finer points, and using outdated metrics. But that's fine. Whatever.  The last paragraph:

With the current operators planning to put more rigs to work in the second and third quarters of 2018 amid a conducive oil pricing environment, the state’s output is expected to break the all-time high record of 1,227,483 barrels/day sometime in the next few months.


RBN Energy: where are Permian producers going to put all of that produced water?