Butter and onions in the skillet...

Add to mussels when ready to serve. 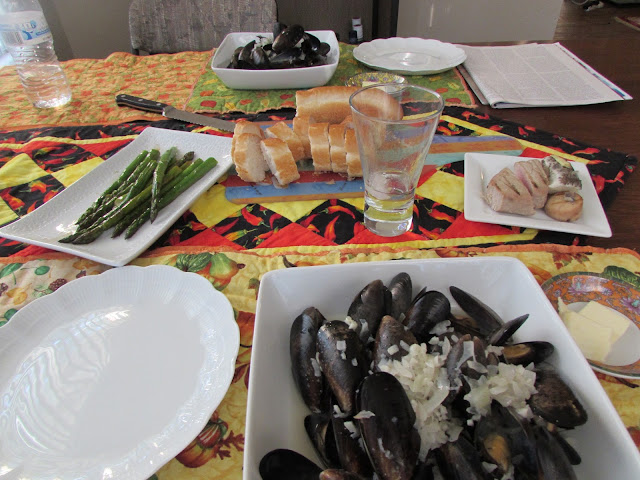 Grilled tuna, grilled scallops, grilled sea bass left over from the day before.

Incredible dinner.
Posted by Bruce Oksol at 1:24 PM No comments:


Rebounding after a two-year collapse, it's only this month that oil prices have pushed up past $50 a barrel, but Raymond James & Associates says this is just the beginning for higher prices.

In a note to clients, analysts led by J. Marshall Adkins say West Texas Intermediate will average $80 per barrel by the end of next year — that's higher than all but one of the 31 analysts surveyed by Bloomberg.

Nothing About The Bakken; Sophia Preparing Fish For Dinner -- June 20, 2016

Earlier I posted some notes about Father's Day.

Two photos of Sophia helping me prepare the fish. I had just gotten Sophia a brand-new apron but she refused to wear it. I think she thought it was a "bib" and felt she did not need it. So I wore it. 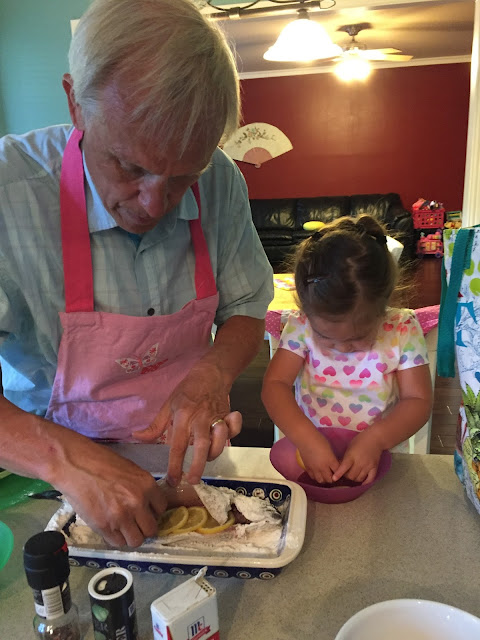 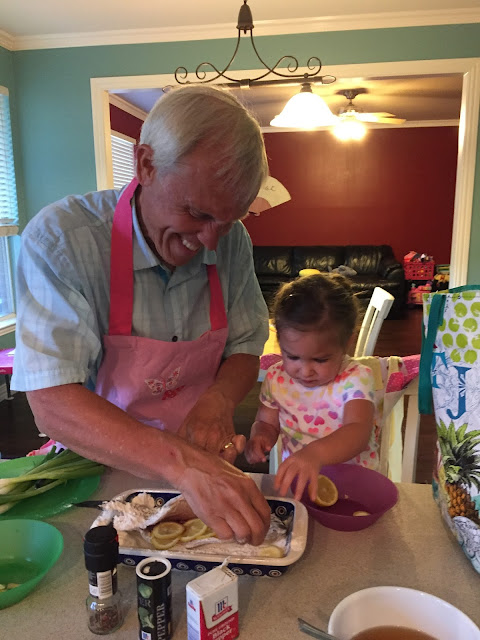 A lot of Bakken-related news and other energy news was posted a few minutes ago. Scroll down. This post has nothing about the Bakken. At least not yet.

One of the highlights: roasted scallions, a fancy name for green onions. Scallions/green onions are NOT spring onions. Probably pretty basic for everyone out there, but not for me, and I loved the roasted scallions. When growing up in North Dakota, walking/hiking in the back country, I often came across wild onions and occasionally even tasted some. I assume they were the "white wild onions" described at this site. If I had not brought anything along with me to eat (and I generally did not) I actually found the onions helped relieve my hunger pangs. Pulling the onions out of the ground, taking off as much dirt as possible, and then eating them; it never bothered me to swallow a bit of soil in these situations. I think I actually made onion soup (wild onions and boiling water) during some USAF survival training years ago.

There was so much fish to sample, we each had portions, that's why there is only half of the whole rainbow trout on the plate below. The plate also has small tuna steak, scallop, and sea bass. 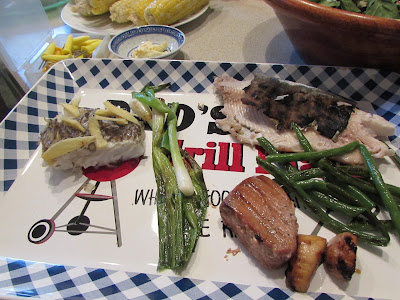 Without question, the easiest thing on the grill: rainbow trout. Actually, everything was incredibly easy. But things move fast when the grilling starts. Tuna, scallops only take a few minutes. Trout was about 10 - 12 minutes, I suppose; maybe 20 minutes tops if left over indirect heat. The sea bass took longer than expected; not sure what that was all about. The recipe called for it to be sautéed stove top but perhaps the aluminum foil I used on the grill interfered with the heat, but I really can't believe that. It was a thick fillet of sea bass, and really, really moist with the dashi sauce. I am eager to try it again. 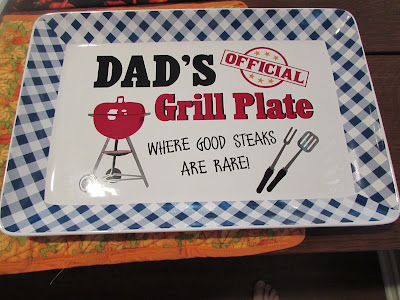 Chilean sea bass -- is expensive -- $25/pound locally -- making trout the go-too fish for me. Much less expensive and it's easy, easy, easy to grill or bake.

Before returning the rental scuba tanks, our older son-in-law taught our middle granddaughter how to use the regulator. Our older granddaughter and her dad received their certification in scuba diving over the weekend. 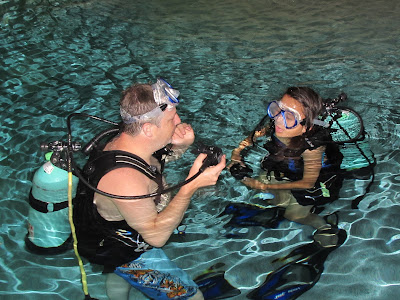 And finally, while the others were learning how to scuba dive, out youngest granddaughter was resting with her big sister. It had been a long, long day, and she was thrilled just to be resting comfortably. Wow, she loved the water. A big difference from a month ago when she wanted nothing to do with the water. 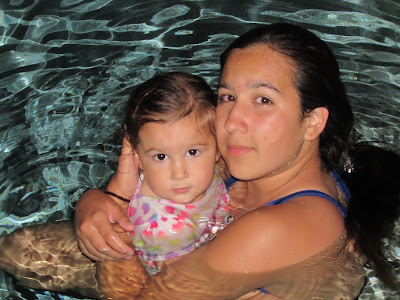 Later, 6:59 a.m. Central Time: The Bismarck Tribune is reporting that four people were injured in an explosion on a well pad where maintenance was being performed. The explosion occurred Saturday morning on a site operated by XTO Energy near Watford City.


Original Post
Wow, Sunday was an incredibly busy day -- and it looks like today is going to be similarly busy. Dow futures are up 216 points, 6:56 a.m. Central Time.

Where does one begin?
I may get back to some of those stories, and hopefully post some photographs, but it's all history. Time to move on.

We start the day with the possibility of a huge day on Wall Street. My hunch: the Dow may or may not open with a surge of 200+ points but by the end of the day, profit taking, cooler heads, and reality will set in; if not today, by the end of the week.

The reason for the giddiness: polls suggest that Britain will not leave the EU.

We also start the day with this Wood Mackenzie analysis as reported int he WSJ: electric vehicles could slice gasoline consumption as much as 20% in two decades. It looks like MuskMelon wrote the report or did the study:


Electric cars are poised to reduce U.S. gasoline demand by 5% over the next two decades—and could cut it by as much as 20%—according to a new report being released Monday by energy consulting firm Wood Mackenzie.

I don't buy it but I haven't read the report and the Wood Mackenzie folks are a whole lot smarter than I. But if I read the report I would concentrate on: a) outlook of America's surging prosperity in 2035; b) India; c) the author's views on battery technology; and, d) the increase in total number of miles that will be driven worldwide.

I didn't post it but a SeekingAlpha story says Tesla has "hit a wall." Demand has flattened.

It really doesn't matter, regardless. The electricity will have to come from somewhere, and that somewhere will be coal or natural gas. See next story.

Warren Buffett must have read the Wood Mackenzie report on electric vehicles (previous story). 24/7 Wall Street  is reporting that Buffett continues to buy huge amounts of shares in Phillips 66. He now owns 10% of the outstanding shares. PSX sells around $78, down from its 52-wekk high of $94.


A few months ago, Gabriel Lua purchased a 2013 Chevy Volt to replace his 1987 Honda Civic, which had been giving him exhaust headaches and made him worry about the health of his children, ages 3 and 5.

Even though the old Civic had failed the state's smog test three times and was costing him hundreds of dollars a month in maintenance, Lua said he couldn’t afford to replace it until he learned about a state incentive that helps low-income residents in California’s most polluted communities replace their dirty cars. The state covered more than half the new car’s price tag.

Lua’s experience is exactly what Gov. Jerry Brown and lawmakers were aiming to achieve when they decided to spend money from the state’s greenhouse gas reduction fund on subsidizing the purchase of low- and zero-emission vehicles.

But now they’re cutting off the cash, the result of a political impasse and questions over the future of the state’s climate change programs. Without the funds, California could have a harder time meeting its ambitious goals for getting cleaner vehicles on the roads and protecting public health in smog-ridden areas of the state.

The state’s largest clean-car program and additional subsidies designed for low-income residents in the San Joaquin Valley and Los Angeles have so far put 150,000 low- and zero-emission vehicles on the road in the last seven years, with demand ramping up to thousands of cars per month recently.

I think that's a fascinating story on so many levels. The California budget is in great shape; to cut this "green energy" program now hardly makes sense on the surface. Politically, it really boggles the mind.

But think about that in bold. The program allowed folks to buy brand new cars at a 50% discount. And we're not talking about low-end cars; we're talking about expensive EVs. The car dealers must have pushed this plan through California's state government. Think what this could do to auto sales in the California if the program is immediately eliminated.

But I guess at some point, even in California, at least for some programs, one runs out of "other people's money."

I think the story is fascinating. I sort of lost interest in the linked article when it got into a bit of hyperbole, so I don't know recall how the article ended.

These new-vessel orders were made a few years ago in response to increased shipments of crude oil within the U.S. that, at the time, had resulted in a shortage of Jones Act product tankers and large ATBs. This in turn led to higher charter rates and the resulting increased costs of shipping crude oil and petroleum products in the coastwise trade. Now though, the decline in U.S. crude oil production has upended expectations.

Today, we begin a series on the impact of hydrocarbon market changes on the Jones Act fleet.

Section 27 of the Merchant Marine Act, 1920, commonly referred to as “the Jones Act” is a 96-year-old federal statute that requires that all merchandise transported by water between U.S. ports be carried in U.S.-flagged vessels that are constructed in the United States, owned by U.S. citizens, and crewed by U.S. citizens and/or U.S. permanent residents.

The RBN blogosphere has provided considerable coverage of the role that Jones Act vessels have played in the U.S. crude oil and petroleum products distribution system over the past few years since shale production increased domestic output.

Some great graphics at the linked article.

How will the market handle the delivery of all these new Jones Act product tankers and seven large ATBs? We’ll consider that in the next edition of this blog series.

Which, by the way, brings me to this story in The Wall Street Journal, something that RBN Energy has been talking about for over a year: the newly expanded Panama Canal opens this week, June 26.


The nine-year, $5.4 billion expansion more than doubles the canal’s cargo capacity. A third lane has been added to the canal that accommodates ships large enough to carry up to 14,000 containers, compared with around 5,000 currently. This alleviates a cargo bottleneck caused by the smaller ships that was due to get worse over time.

The expansion makes the Panama Canal more competitive with the Suez Canal in Egypt, shortening the one-way journey by sea from Asia to the U.S. East Coast by roughly five days and eliminating the need for a trip around Cape Horn to get to the Atlantic.

It is expected to shift about 10% of the Asia-to-U.S. container traffic from West Coast ports to East Coast terminals by 2020. So far, 136 ships that wouldn’t have fit through the pre-expansion canal have made reservations to follow.