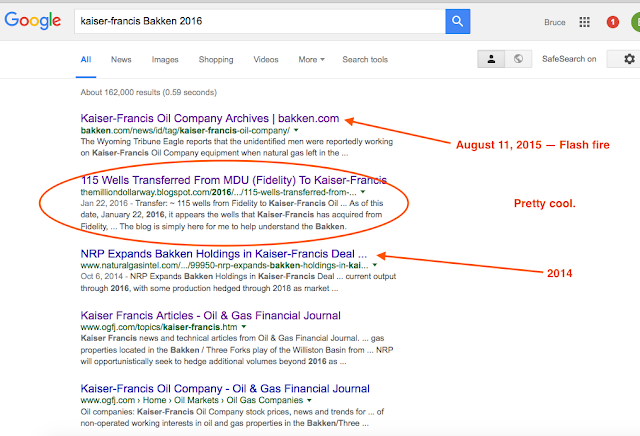 The big story this past week that turned into a non-story surrounded rumors that Russia and Saudi Arabia -- "lifelong" enemies -- were discussing crude oil quotas in an attempt to raise the price of oil. By the end of the week, nothing more was heard.

The other big story, of course, which was reported almost nowhere was the fact that Kuwait reported snow for the first time "ever."


Temperatures in Kuwait soar up to 50C in the summer months and even in winter 20C is the norm. However, on Thursday the temperature was as low as 3C.

There is no record of snow having fallen in Kuwait before, although the emirate has experienced hail and frost in the past when temperatures have fallen in the winter.

A Kuwaiti told MEE that Thursday's snow was a first for the country.

"I asked my grandfather, he said there has never been snow before," they said, preferring to remain anonymous. "Everyone is surprised."

The Kuwaiti who preferred to stay anonymous no doubt heard that some warmists advocate beheading those who do not believe in global warming. Or at least "arresting them." By the way, this past week, the entire world was under a "snow watch."

Perhaps the "best" story this past month was learning that it is hard to measure snowfall in a blizzard -- at least in Washington, DC.  Or perhaps it was this one: one dead duck in a Bakken waste pit and the EPA is on the operator like flies on poop, but lead-contaminated water in Flint, Michigan -- and they know about it for months.

Another non-Bakken story: when one absolutely, positively needs reliable electricity, one goes with fossil fuel.

This was my last entry regarding this pipeline:


January 20, 2016: North Dakota approves Dakota Access Pipeline; only Iowa is yet to approve; company expects Iowa to approve "next month." I'll believe it when I see it.

And that link led to this:


Regulators in North Dakota, South Dakota, and Illinois have already approved permits. Iowa still remains, though the company says it expects that approval to come next month.

The U.S. Army Corps of Engineers also must approve the pipeline because it would cross beneath the Missouri River twice in North Dakota, near Williston and Mandan.

So Nebraska Iowa must still approve the pipeline as well as President Obama. I'm not holding my breath when the promoters say they hope to have this pipeline completed by the end of 2016.

A "snapshot" of this pipeline can be found here.
Posted by Bruce Oksol at 10:20 AM No comments: