Thursday Links; OXY Getting Its Groove Back; Fidelity With a Nice Well;

Has OXY USA figured out the Bakken? Looking good. [Update, August 10, 2012: a reader wrote in to say that OXY switched to a new fracking company in the past few months: Baker Hughes.]

EIA raises forecast for 2012 price of oil. That's this year.

Wow, RBN Energy keeps coming up with great informative articles. Today it's all about the crude oil to natural gas price ratio. Another great article.

“(Petrobras) said major increases in output were unlikely before 2015 despite $237 billion in planned spending. The 2012-2016 plan is the world’s largest corporate investment program.”  Reuters

“Crude production from sanctions-hit Iran will fall by about 1 million b/d in 2012 to 2.6 million b/d by the end of the year” at Platts.

Note For the Granddaughters

We had a great day boogie boarding at Bolsa Chica, just west of Huntington Beach, California.

Boogie boarding is to surfing what snorkeling is to scuba diving. 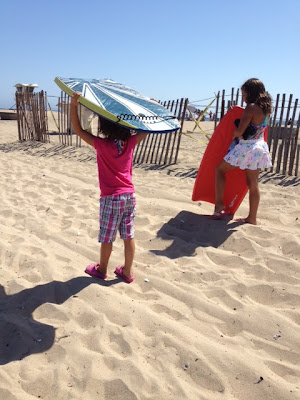 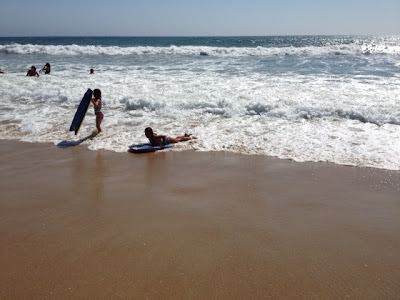 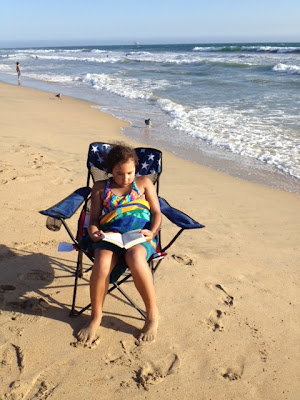 I might write more later, but they want me to play Uno with them. The younger one, who just turned 6 years old in early July, consistently beats me at Uno.

Uploaded later: our second visit to Bolsa Chica this week:

Posted by Bruce Oksol at 9:42 PM 2 comments: Links to this post

For Unconventional Plays in the US, the Bakken Remains the Gold Standard

I posted this link/story at the Mississippi Lime page, but thought it interesting enough to note here:


Horizontal wells in the US Midcontinent Mississippi lime oil play aren’t as productive as those in the Williston basin Bakken, but shallower depths and cheaper drilling costs are driving increased interest in the Mississippi lime, ...

The land play has expanded to more than 17 million acres in northern Oklahoma, western Kansas, and southern Nebraska, ...

“This is a shallow carbonate play, with depths ranging from 3,000 ft to 6,000 ft, and since it’s shallower than other US unconventional plays, operators can employ less expensive, lower horsepower rigs to drill it.”

Posted by Bruce Oksol at 2:49 PM No comments: Links to this post


Officials from Cuban national oil company Cubapetroleo announced Monday that the country's second exploratory offshore oil well proved to be unproductive, according to The Associated Press.

Because of a U.S. embargo of Cuba, oil companies exploring around the country have been forced to rely upon a single rig constructed of less than 10 percent American-made parts, which has made exploration difficult.

Spanish oil company Repsol attempted one well that came up dry in May, but soon after opted out of a second proposed well. This second dry well was drilled in concert by Petronas subsidiary PC Gulf and Gazpromneft, from Malaysia and Russia, respectively.

Posted by Bruce Oksol at 12:26 PM 2 comments: Links to this post

For Investors Only: Natural Gas

[Actually, the hydroelectric power and wind power from the Pacific Northwest might make up much/some of the difference.]

Earlier in the week, "anon 1" pointed out in a comment that "they" are taking down a lot of natural gas rigs.

These two data points suggest a very, very bullish natural gas market going forward. The largest natural gas producers, I believe, are XOM and COP. I could be wrong.

Disclaimer: this is not an investment site. This is for information only.
Posted by Bruce Oksol at 12:15 PM No comments: Links to this post

Email ThisBlogThis!Share to TwitterShare to FacebookShare to Pinterest
Labels: NaturalGas

Obrigewitch -- Bell Oil Field, Whiting's Pronghorn Prospect -- This Will Be Fun To Watch

August 28, 2015: I now follow the Whiting Obrigewitch wells in Bell oil field at this post. Data for these wells may not be updated in the original post below.


Original Post
Of the new wells reporting, this one caught my eye:
Back to May 8, 2012: even for seasoned Bakken observers, this is exciting.

A long, long time ago, when one of the first Obrigewitch wells "came in," a roughneck who had worked on the well, was kind enough to send me a note regarding his experience on a very successful well. As noted many times, it must be a huge sense of satisfaction for everyone working on the well when it's a good one.

From May 27, 2012: These are the oil fields inside Whiting's Pronghorn Prospect (my best guess; will be updated as new information flows), but consider the area between Dickinson and Belfield, especially north of the interstate as the area of the Pronghorn Prospect:

Pronghorn Prospect, north of I-94, between Dickinson and Belfield

Pronghorn Prospect, south of I-94, west of Dickinson

Posted by Bruce Oksol at 11:51 AM No comments: Links to this post

Email ThisBlogThis!Share to TwitterShare to FacebookShare to Pinterest
Labels: WhitingPronghornProspect

Another Inconvenient Truth: Wind Farms and Bats -- Absolutely Nothing To Do With The Bakken -- Well, Maybe It Does

A reader sent me this link.

If there was any hint that the oil industry was killing birds and bats to this degree, it would be shut down, or highly penalized, but for wind: more studies. And more wind farms -- and they are prioritized for fast-tracking (1,000 new slicers and dicers proposed for Wyoming).


440,000 birds killed annually by wind turbines; 90 environmental groups fed up with the madness; seven ducks killed by oil and gas industry in the Bakken in 2011 spring flood from Top Stories, March, 2012.

Posted by Bruce Oksol at 11:17 AM No comments: Links to this post