Natural gas imports into China rose 22.4 percent on the year in the first four months of this year to 39.45 million metric tons.

According to PetroChina, the country’s demand for natural gas will hit 350-356 billion cubic meters this year.

Sinopec has almost identical numbers, expecting gas demand at 350-360 billion cubic meters. According to the major, the demand would come from power utilities and the industrial sector.

... featuring Tawny Kitaen in the video.

Our granddaughter's high school soccer team took third place in the state of Texas in 5A division. The largest schools are 6A. Olivia, a freshman, made the varsity team, and at the award ceremony late last week, she was named to the second team for the district. There's a first team, a second team, and honorable mention. A freshman being named to the first or second team is a huge accomplishment.

I haven't seen her play this year due to Covid restrictions. I will see her playing next autumn no doubt.

Now, that the school tournaments are over for the season, the "club" soccer leagues move to center stage.

A tie is so much better than a loss in "club" soccer. Saving the team from a loss was a big deal.

They play again tonight. Regular season games will determine the seeding for the championship tournament which begins next week.

Later, we asked Olivia what she thought of the game. This is the analysis, coming from a freshman in high school:

They were actually pretty good. But the outside back I played against liked to mark me tight. That was interesting to play against because I could pretty much walk anywhere and she would follow me. This meant I was able to check one way and sprint the other and pick up lots of balls. Or I had lots of 1 v 1s with here. Pretty fun. Just tiring because of the heat and all the individual playing.

Pretty good analysis for a freshman high school player one would think. Ready to be a color analyst on television? 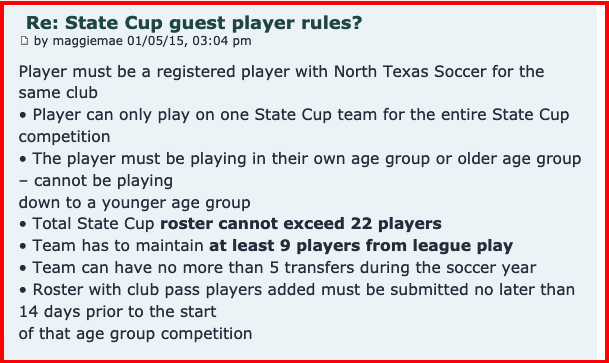 It appears there could be many, many "guest" players. But the "guest" player can no longer play with her own team after stepping away from own team.

The previous Tuesday, April 13, 2021, Dr Fauci, et al, took the JNJ vaccine off the market, concerned about its safety. Four days later it was considered safe to return to the market. But by then, the damage had been done. Vaccinations dropped from a record (for a Saturday) 4.6 million to less than 3.6 million the following Saturday.

Reminder: it is now recommended that everyone over the age of 16 years of age be vaccinated; only high risk groups and older folks were getting the vaccine on April 10, 2021.

Later, 5:59 p.m. CT: if the folks on the Atlantic Coast don't want to see a(n) historic gasoline shortage develop over Sunday/Monday, authorities would be well advised to nip this in the bud. And, yes, there are ways to do this. 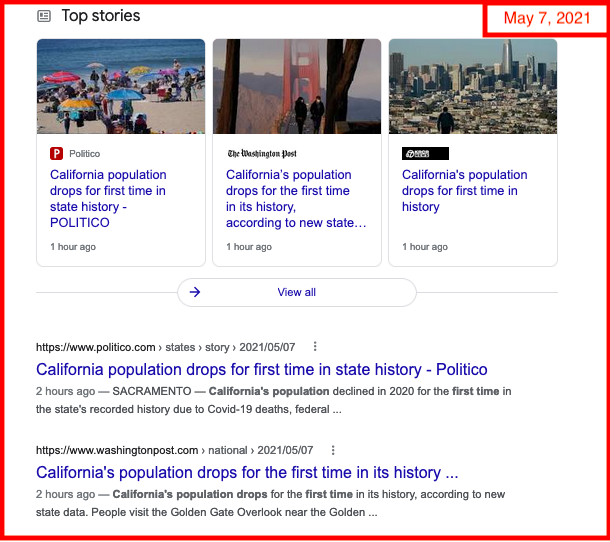 Hulu: awesome. Can't do this on Spectrum --

Jobs: how could the analysts get it so wrong? This from the day before the report came out. Analysts forecast a million new jobs -- the headline: Wall Street forecasts blowout payrolls; actual, about 270,000 new jobs; prior month revision was down.

Jobs during the pandemic: yesterday I posted a graphic at this post, and asked folks if they saw something else in this graphic?