Hurricane Harvey hit landfall August 25, 2017; by September 1, 2017, Houston was already on the road to recovery. Week 36 is the first full week after September 1, 2017. It was also the week that North Korea tested a huge hydrogen bomb.

Due to Hurricane Harvey data surrounding crude oil and gasoline inventories will most likely be seen as anomalies. The price of WTI was volatile but by the time things were getting back to normal, WTI was trending back toward $45.

Among all the noise, perhaps the most stunning was the French announcement that the country would ban all oil exploration by 2040, and will stop granting new oil exploration permits next year.

Almost as stunning, the Keystone XL was back in the news. TransCanada announced it had extended its "open season" on the proposed pipeline.

And, President Trump stopped by the Tesoro (Andeavor) refinery in Mandan, ND, this past week.

Operations
Mike Filloon looks at completions in the North Dakota Bakken
Another example of the peculiarity of the Bakken
Posted by Bruce Oksol at 8:56 PM No comments:

September 9, 2017: I'm watching thousands of terrified Floridians who will probably lose everything trying to find shelter and Hurricane Irma hasn't already hit them yet, and then I think of the seventeen GOP senators that voted against helping Texas who are struggling to recover from Category 5 Hurricane Harvey. One wonders if these 17 will vote against helping Florida after this is all over? Trump gives $1 million of his own fortune to help Texas, and 17 GOP senators wouldn't even spend other people's money to help Texas. Pretty cold-hearted. Reptilian.


Original Post
Do you remember all those news articles in which Mitch McConnell and Paul Ryan said the legislative calendar makes things difficult to get Trump's agenda approved? And how long it's been taking the US Senate to confirm Trump nominees?

Poppycock. Two days ago President Trump meets with the Dem leadership in his office -- Schumer and Pelosi -- to discuss a) aid for Hurricane Harvey victims; b) the debt limit; and, c) shutting the government down.

Two days later Congress, by a huge margin, gives Trump and the Democrats everything they wanted. Story here at Reuters. In the US House the vote is lopsided it looked like the Patriots - Kansas City Chiefs game. The US House passed the bill 316 - 90. And then yesterday the US Senate passed it and today president signed it.

The vote was so lopsided in the US Senate, the linked Reuters story didn't even bother to mention it. The vote was 80 - 17.  Seventeen GOP senators voted against the victims of Hurricane Harvey, including John McCain. One would think McCain, considering his own diagnosis, would have had a bit more compassion. Ted Cruz, bless his heart, went against his own principles and voted for money for his home state.

One begins to wonder what Paul Ryan and Mitch McConnell have been doing for the past ten months.

Not a one-year high; not a five-year high. Not even a decade-high. Seventeen years takes us back before the two lost decades of George II and King Hussein.


A new surge of optimism among U.S. investors has pushed the Wells Fargo/Gallup Investor and Retirement Optimism Index to its highest level since September 2000. The index, after rising in every quarter since the start of 2016, leveled off in the second quarter at +124 before rising to its current +138 in the third quarter.

The Trump effect?
Posted by Bruce Oksol at 8:38 PM No comments: 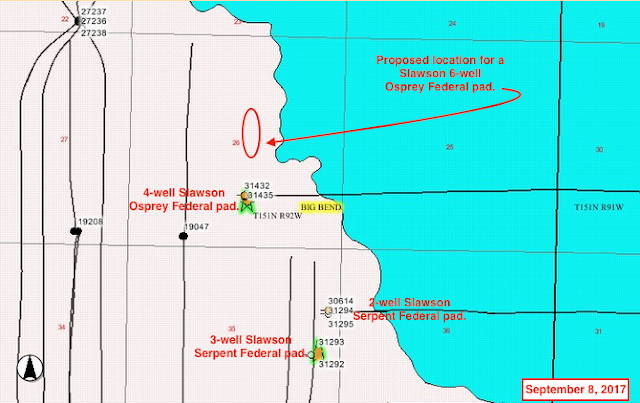 Two wells in the immediate area:

Not so many years ago, Chuck Wilder (of Books on Broadway, Williston, ND) invited me over to his house for a Friday night of mah-jongg. I had never played; was always intrigued; wanted to learn; and, then of all places, I learned how to play in Williston. It turns out Chuck hosted a mah-jongg night on a regular basis, attended by about 18 folks, I suppose. Quite a cross-section of Willistonites.

When I got back home to Texas, I continued to "explore" the game on my own. I realized I had only begun to learn the nuances of the game.

Be that as it may, I knew Sophia would love to learn -- a gazillion tiles. And so it begins. 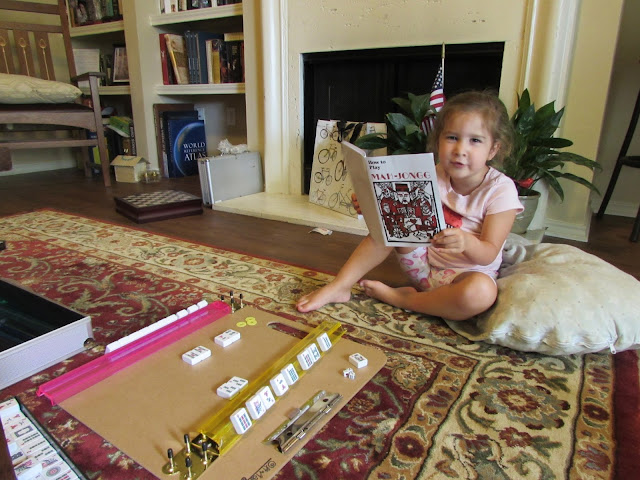 
Here's the list of six MLPs with sustainable yields above 5.5%:
The yield on the Alerian ETF (AMLP) is 7.9% and CreditSights' MLP coverage has payouts ranging from 3%-12%.


Last night I was watching Sophia, the 3-year-old, playing with a splat ball that her oldest sister had given her. One throws these splat balls hard unto the floor, deforming them beyond recognition, and they return to their original shape, generally a sphere (and technically always a sphere based on Poincaré's conjecture).

I happened across that oddity (?) while reading The New York Times' collection of math-related essays it had published over the past 100 year. On page 119, an elusive proof and its elusive prover (sic).

It turns out that Grigori Perelman solved the century-old Poincaré conjecture and then retreated back into the Russian woods, turning down both a $1-million reward and the Fields Medal (the mathematics equivalent to the Nobel Prize). Also left hanging, is another $1 million offered by the Clay Mathematics Institute in Cambridge, MA, for the first published proof of the conjecture, one of seven outstanding questions for which they offered a ransom back at the beginning of the millenium.

Poincaré''s conjecture can sound either daunting or deceptively simple:

It asserts that if any loop in a certain kind of three-dimensional space can be shrunk to a point without ripping or tearing either the loop or the space, the space is equivalent to a sphere.

The conjecture is fundamental to topology, the branch of math that deals with shapes, sometimes described as geometry without the details. To a topologist, a sphere, a cigar, and a rabbit's head are all the same because they can be deformed into one another. Likewise, a coffee mug and a doughnut are also the same because each has one hole, but they are not equivalent to a sphere.

In effect, what Poincare suggested was that anything without holes has to be a sphere.

Denton is about forty minutes from where we live. We drive their five or six times a year to take our older granddaughter to water polo tournaments. Denton is part of her water polo "composite team": Southlake; Flower Mound (Lewisville); and, Denton.

This PennEnergy story is fascinating and it's all about Denton.


A revolutionary path forward in the world’s energy transition, one that is unprecedented in the global power industry, is taking shape in the USA. In Texas, the city of Denton – with 128,000 inhabitants and an annual peak load of 350 MW – has developed a clever way to increase its reliance on renewable energy to 70% with wind power, and its utility business model is being replicated across the U.S.

Until now, all attempts to create “zero-carbon cities” have been expensive, experimental efforts centered around one consideration: sustainability. Common challenges facing the incorporation of more renewables into the grid have included system stability concerns due to the inflexibility of the existing power systems and, depending on the relative mix of available renewables, increased generation costs. For example, in Germany, wide integration of wind and solar power have led to a doubling of consumer electricity prices since the early 2000s, as the country seeks to curb carbon emissions. In order for a low-carbon model to work, utilities must not only consider sustainability, but also reliability and affordability, and take smaller steps to move toward a zero-carbon goal. Trying to take one single quantum leap directly to the zero-carbon system is not realistic, practical, or economically viable.

In Denton, this type of optimal power solution is already underway and, once it goes live with its new systems in 2019, CO2 emissions will be reduced 78%, costs will fall 35%, and water savings will exceed 90%. These results will outperform all other existing models and set a benchmark for other cities and countries around the world.

Denton will make history and serve as a viable model for many other cities in Texas—a state that already ranks No. 1 in wind power output—and in other states located in the windy mid-section of the United States that stretches from the Gulf Coast to North Dakota. We call this region the U.S. Wind Corridor, and its powerful winds are a major natural resource, giving the country a huge advantage and business opportunity.

Due to 70% renewables, Denton’s exposure to fuel commodity price risk will be very low, and electricity price volatility risks will be mitigated through hedging with their own flexible plant. Clean, cost efficient and low-risk - no longer will renewables lead to higher costs and volatility risks. How can this be done?
It involves three key steps:
The total package is unbeatable and unique on a global scale: 70% renewables, 35% cost savings, power generation water saving of more than 90%, very low dependency on fuel commodity prices, and a 78% reduction in carbon emissions. Utilities can now save big money while simultaneously integrating large amounts of renewables into the grid.

Denton is at the forefront of innovation in the electricity universe, a prime example for many others looking to integrate renewables in a smart way.

Of course this sounds like a paid advertisement, or an op-ed piece written by the wind industry. It's possible the print edition provides the background of the writers and/or the source of the essay, but the on-line edition only has the authors: Jussi Heikkinen & Matti Rautkivi of Wärtsilä.

Based on the following, my hunch is that this article was in the "special advertising section" of the magazine.


Wärtsilä is a Finnish corporation which manufactures and services power sources and other equipment in the marine and energy markets.

The core products of Wärtsilä include large combustion engines used in cruise ships and ferries.

Quick, without looking, who's the "ranking member" of the House Committee on Financial Services? Hint: nah, that would make it too easy.

Superior thinking. Minnesota gets bragging rights (low CO2 emissions); neighboring states get revenue, jobs. What's not to like? Everyone's happy. Minnesota Power to build $700 million, 550-MW natural gas plant five miles across the state line in Wisconsin. On the expensive side at $1.3 million / MW. Assuming everything goes as planned (and it won't) the energy center will be located near an Enbridge terminal oil tank farm. The new natural gas plant serving Minnesota will be built in/near Superior, WI: 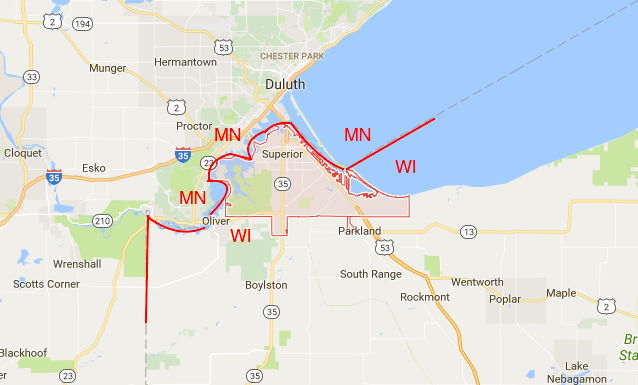 EIA's weekly energy charts: link here. The bureaucrats move into the 21st century -- EIA has its own Flickr page. 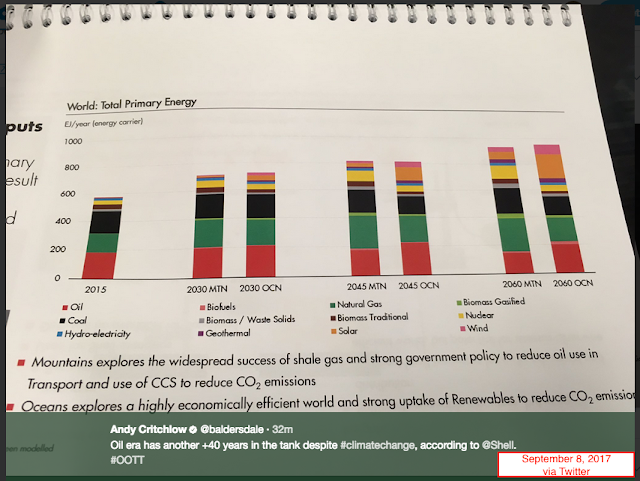 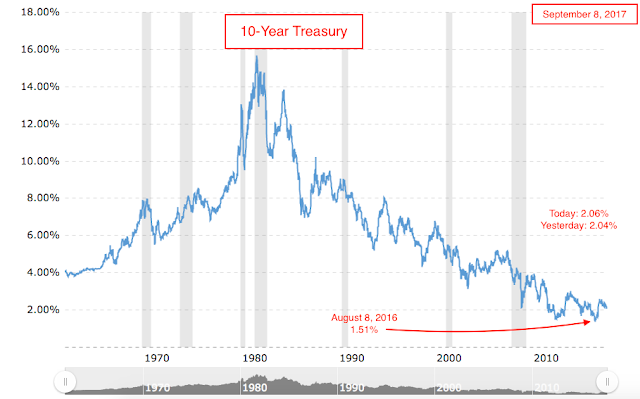