A fair number of stories suggesting some good economic news:

It appears the rig we "lost" was one operated by Hess. I assume that will be back up by the end of the month.

Investigations sometimes take a long time. Before we get to the natural gas fill rate, an update regarding the South Dakota attorney general who killed a man thinking he had hit a deer, calling "911" the following day. Turns out he was "distracted." Toxicology and a few other tests still pending. The mishap occurred on/about September 12, 2020, more than two months ago. Investigation continues. Link here. 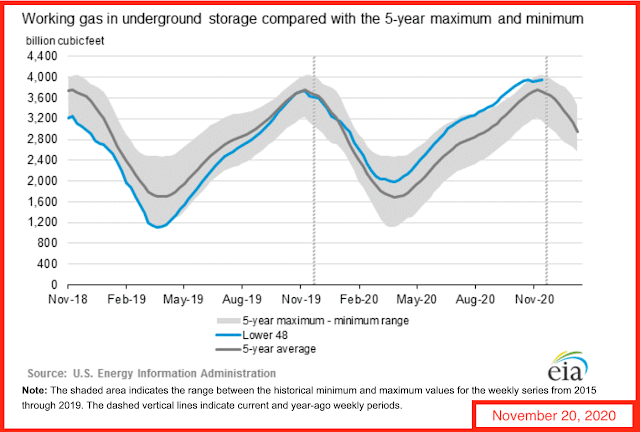 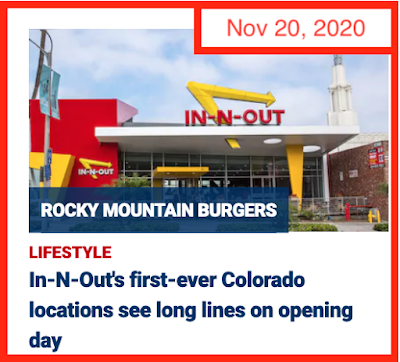 I find the current economy incredibly fascinating. See this article over at Yahoo!Finance: the munchkin might be right -- the end of federal emergency lending programs may no longer be needed.

Hours after U.S. Treasury Secretary Steven Mnuchin called for emergency lending programs to be allowed to expire, corporate bond investors continued to flood Carnival Corp.’s bankers with more than $11 billion in orders for debt that comes with no collateral protection.

For some, it was a sign that credit markets aren’t so fragile after all. After roughly $2 trillion of borrowing helped U.S. companies bolster their balance sheets with cash to weather the pandemic, investors have grown increasingly confident -- perhaps even complacent -- that the widespread corporate failures predicted by many earlier this year have largely been avoided. Granted, the Fed helped fuel nearly all of that debt issuance, and the investor demand supporting it.

And even if the immediate lifeline of $580 billion in backstop money is returned by the Federal Reserve to the Treasury, traders are betting that markets will fare just fine, anticipating that the government will step in again if new signs of stress emerge.

“The reality is that if things start getting crazy and spreads start widening, the Treasury Secretary can re-authorize the Fed to open the facility again,” said Patrick Leary, chief market strategist at Incapital. “It’s more of a confidence thing for the market, given it may not be the best time with virus surges and shutdowns, but it’s not like these facilities are being used to support market functioning any more.”

Meanwhile, JPMorgan is betting on a one-percent contraction 1Q21. But then after that:

JPMorgan economists said Friday that they expect the economy to contract slightly in the first quarter of next year.

While most economists have been projecting growth throughout the year in 2021, JPMorgan economists now expect a one percent decline in the first quarter. The economy will then pick up steam, expanding at a 4.5 percent annualized rate in the second quarter, 6.5 percent in the third quarter, and 3.8 in the fourth quarter, the economists forecast. For the full year, they project robust growth of 3.4 percent.

The "conference board" forecast a week ago:

Our base case forecast yields 4Q20 real GDP growth of 2.2 percent* (annualized rate), an annual contraction of 3.6 percent for 2020, and an annual expansion of 3.4 percent for 2021. ... In this scenario US monthly economic output returns to pre-pandemic levels in October 2021.

But I digress. What startles me is that Breitbart-linked article with folks standing in line to buy Carnival Corp.'s bonds.

And, then, of course, same thing for Saudi Aramco's bonds. Oversubscribed, I believe. There seems to be a lot of cash floating around out there looking for a home. 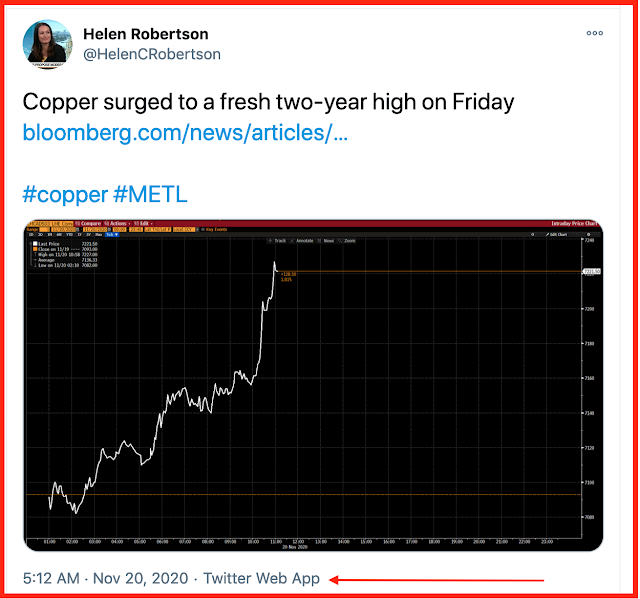 That BofA study on "Zillenials" reported on ZeroHedge never re-appeared. It's not often I catch a story posted on ZeroHedge that gets pulled almost immediately after being posted. BofA must not have been happy with their study being posted to a wider audience.

I had hoped it would reappear. The BofA contained a huge flaw. It was not a BofA flaw but it needed to be addressed. See this PewSocialTrends link.

The generally-accepted (?) date for Generation Z: born after 1996. 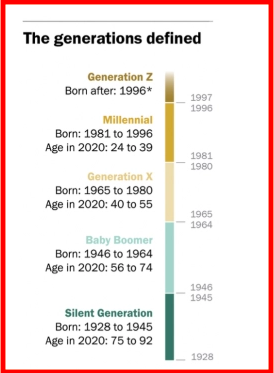 When Arianna is 24 years old, seven years from now, Sophia will still be at home, in middle school. One might be starting a family, certainly starting a career. The other? looking forward to another great summer boating on Flathead Lake.

More on this later. Sophia is coming over for school.

That BofA study on "Zillenials" reported on ZeroHedge never re-appeared. It's not often I catch a story posted on ZeroHedge that gets pulled almost immediately after being posted. BofA must not have been happy with their study being posted to a wider audience.

I had hoped it would reappear. The BofA contained a huge flaw. It was not a BofA flaw but it needed to be addressed. See this PewSocialTrends link.  More on this later; perhaps in a stand-alone post, if I don't forget.

Vaccines announced? Why are the equity markets not soaring? The markets are not soaring due to a) the current rift between the Fed and the Treasury (Munchkin now trying to walk back the rift); b) no stimulus expected until March, 2021, at the earliest. Possibly February.

Other headlines over at ZeroHedge over the past couple of days:

There is no new news here. But it supports one of the main themes of this blog for almost a decade. That's why it gets a stand-alone post. Along with the fact that the story is in The WSJ. "Heard On The Street" is always one of my favorite columns in The WSJ.

Reality sucks: stocks not soaring despite likelihood that at least two vaccines will soon be approved for emergency use. See reader's poll at sidebar at the right. Half of readers responding suggest we won't see universal access to vaccine before March of next year (2021) -- four months from now.

Home sales: 14-year high in October, 2020. Said to be due to low interest rates, desire for pricier houses. No: desire to get out of NYC and San Francisco.

Schools closed in NYC: parents "scurrying" for backup. I don't know what's going on in NYC but I can say with "authority" that some school districts in north Texas were well prepared going into the possibility of a second wave. It's really quite remarkable. Their program keeps improving and it's scalable, here in GCISD. If it's accurate that the closure of NY schools left parents in a bind it suggests the school districts let the students down.

Free internet: schools hand out free iPads for remote learners (and even for students in the classroom). The school districts (i.e., the taxpayers) also need to ensure that every student issued an iPad has home access to the internet. Technology is such that "free" internet could be throttled for speed necessary for schoolwork but not for gaming; available only during school hours. Homework? No one wants homework anyway.

NYC: will the mayor finally kill off Macy's? From The WSJ. Tea leaves: Macy's will likely join Sears, K-Mart, JC Penney, others. We will need new sponsor for annual parade.

Does anyone even read Consumer Reports any more? Ranking reliability of cars.

Weather: we've had an incredibly nice autumn. Sophia and I have really enjoyed biking in the local park the last two days. An aside: this park was closed due to Covid last spring. Now, with the second wave much worse than the first here in north Texas, the park is wide open, and full of folks. The park has increased "services," including working drinking fountains which had been turned off during the first wave last March.

Mild November weather stings natural-gas prices. From The WSJ. Forecasts signal warmer temperatures in many states over the next two weeks; bearish development for natural gas.

Austria: progressive paid-leave and child-care policies failed to close the gender pay gap -- close reading of the article suggests the policies made the gender pay gap wider. But it felt good. From MarcketWatch. My hunch: the "test" needs to be continued for at least another decade or so.

WSJ: one has to remember the target audience for The WSJ -- millionaires and billionaires. From the newspaper yesterday: second homes are driving the US's Covid-19 housing boom. Demand for vacation properties is growing twice as fast as demand for primary homes, as affluent Americans look for more space to ride out the pandemic. "Affluent" = millionaires with at least a million in disposable cash. Again, I would need to see that statistics. As said earlier, the 2020 housing boom is being driven by folks fleeing NYC and San Francisco, not buying second homes in Wyoming.

NFL last night. Another point after touchdown missed by team competing for #1 in its conference. Are you kidding me? Fight on field probably resulted in the win after the penalty assessed. Another penalty and another two points. These are among the top teams in the NFL?

Pop quiz. See if you can spot the error in this table ranking turkey producers. From WorldAtlas. 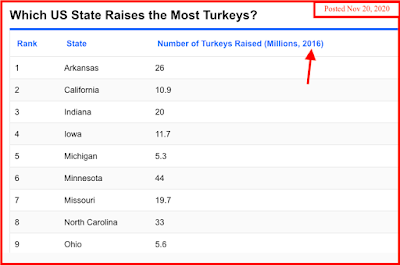 From social media yesterday, from The Williston Herald: 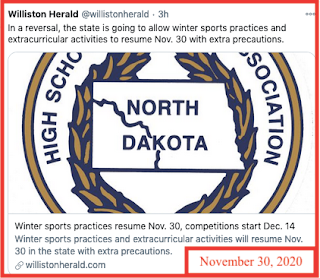 Right now, it looks like the Dakotas, Florida, and Texas are pushing on. California and New York are pulling back.

From The WSJ this morning: is it allergies or Covid?

Fever, cough and shortness of breath are also regularly discussed for a reason, as is diarrhea, he said. But that doesn’t mean that the rest can be ruled out. “The reality is that in the ER, in a clinic, we cannot tell them apart, and that’s why you have to test people.”

At this point, he added, coronavirus case numbers in the U.S. are so high that it’s reasonable to consider Covid as likely an explanation for most symptoms as anything else.

For most of the past few years, crude oil producers in Alberta have dealt with pipeline constraints that often forced them to sell their crude at steep discounts. While the constraints eased somewhat earlier this year as producers reduced their output due to cratering oil demand and oil prices, production more recently has been rebounding, resulting in the return of takeaway concerns. The big hope is that long-planned pipeline projects like the Trans Mountain Expansion (TMX) and Keystone XL will finally be built and commissioned, but they still face legal and regulatory hurdles before being completed. Lately, a different option has gained momentum focusing on a proposed rail line linking Alaska to the immense oil sands region of northern Alberta, potentially creating another corridor for the export of oil sands crude. Today, we describe recent developments in a bold plan to build a rail line from Alberta, across northern Canada, and into Alaska.

Living in Alaska or northern Canada may offer the advantage of being closer to Santa Claus, but it has the clear disadvantage of being remote and isolated. Rugged terrain and bitter cold conditions for a good portion of the year make the transportation of goods even more challenging in such regions (unless you have flying reindeer and a sleigh). For these reasons, an intercontinental railway connecting Canada to Alaska has been kicked around since the late 1960s as a means to foster economic development by transporting the mineral and energy resources Western Canada and the north have to offer.

This well was shut in from 1/19 to 9/19 due to fracking of adjacent well by an operator other than EOG! These were three Enerplus wells on the Lizard pad to the east, and a fair distance away from this EOG well. Enerplus' Crocodile well, completed 1/19, was another huge well.

The well (note the spacing):

Posted by Bruce Oksol at 3:42 AM No comments: