December 19, 2019: well, this turned out to be a bust. I don't know what this was all about but EOG canceled almost all these permits, and yet the early wells were incredibly good wells. Distracted by the Permian?

Note: for a closer look at two wells mentioned in this long post, this this post: http://themilliondollarway.blogspot.com/2016/05/random-look-at-two-eog-wells-in-clarks.html.

It's easy to forget just how incredible the Bakken is.

Maybe this will help.

EOG has recently talked about EOR. When I get a chance, and if I remember, I will provide the link.

Down below, I have three graphics to help tell the story of these eight renewed permits.

Near the area of interest, EOG has a permit for a monitoring well.

Based on what little I know, the wells in the graphic below are targeting the middle Bakken and the Three Forks, the first bench. There are at least two more benches that can be targeted.

Finally (can there be more? oh yes), operators in the Bakken pretty much aren't drilling a well right now if they can't expect a EUR of 900,000 bbls in this part of the play.

Okay, that's the final thought you have to hold. Now look at the graphics.

This is the first graphic that shows the general area of the area of interest: Clarks Creek in the Bakken: 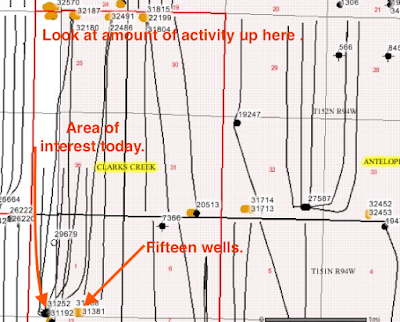 This second graphic zooms in a bit. Note the area of interest. Note the four numbered existing horizontals that run north to south. These are among the longest horizontals in the Bakken, "three sections" long. Most Bakken horizontals are now "two sections" long; in the beginning, back in 2007, they were only "one section" long. The third graphic. There are eight existing horizontal wells in this graphic. Three of them run from the north, to the south. Five of them run from the south, to the north. There are already 15 wells on confidential status in this area. And now, the eight (8) permits in this immediate area that have been renewed. Note the EOG "monitoring" well, #29679 (text/arrow in blue); it will target the Duperow formation, not for production but for monitoring. 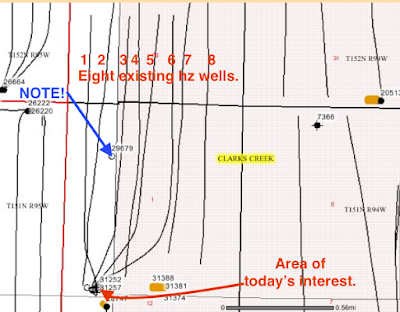 Okay, the fourth graphic. Not much except to show the 15 wells on confidential status and where the area of interest is today (the eight permits that were renewed).

Summary: eight existing horizontals + 15 wells on confidential status + eight permits renewed = 31 wells. These 31 wells target only the middle Bakken and the first bench of the Three Forks. There are two more benches in the Three Forks that could be targeted.

Now go back to all those thoughts you were holding.

This is so cool. We just talked about it the other day. Tesla would offer more shares to raise badly needed cash. MuskMelon did that today. The only question: how much dilution? Let's see. The original talk was 11%. I said 10% was typical. So, let's see: $2 billion. But how many shares? The sources don't say. But at $211/share today, and $2 billion, that equates to about 10 million shares in round numbers. Outstanding: 135 million in round numbers. 10/135 = 7%.


Analyst Brian Johnson of Barclays projected a $3 billion equity raise sometime in the second quarter. At current stock prices, a transaction of that size would be about 14.5 million shares, an increase of 11 percent to the number of shares outstanding.

So 7%. Way less than the typical 10%, and way less than projected by at least one analyst. This is a no-brainer for raising cash.

But what a snake salesman. To make this a bit more palatable, MuskMelson says 1.2 million shares will be donated to charity. Whom is he trying to kid?

The market was up nicely today, and then finished down slightly, almost flat.

Oil was up nicely today, and then finished down slightly, almost flat.

What accounted for the positive move to slightly negative, almost flat? There was talk that the Fed might possibly, but not very likely, but could, if the stars aligned right, could possibly raise the Fed rate from ... oh, about zero ... to about ... oh, about one-quarter point.

And that takes up from a nice upside to slightly negative. Great buying opportunities, eh?

From her perspective, all those visitors and no one was paying attention to the brochures. She figured that if she spread them out for folks to see, they might take more interest. 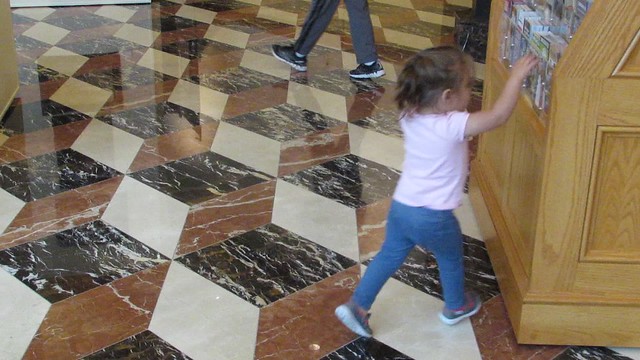 And, yes, we replaced all the brochures after we finished filming.
Posted by Bruce Oksol at 8:07 PM No comments: 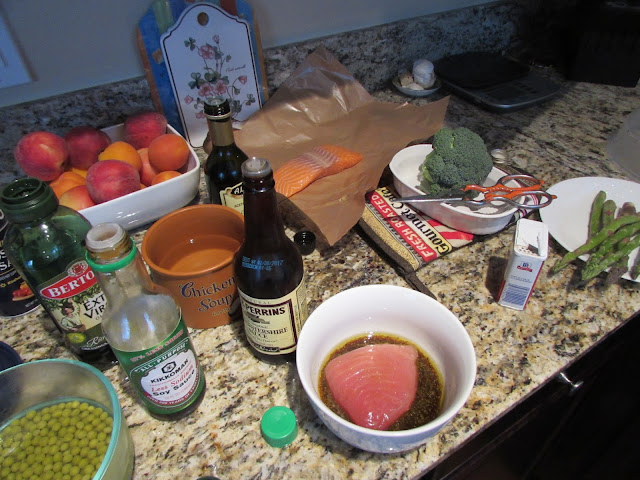 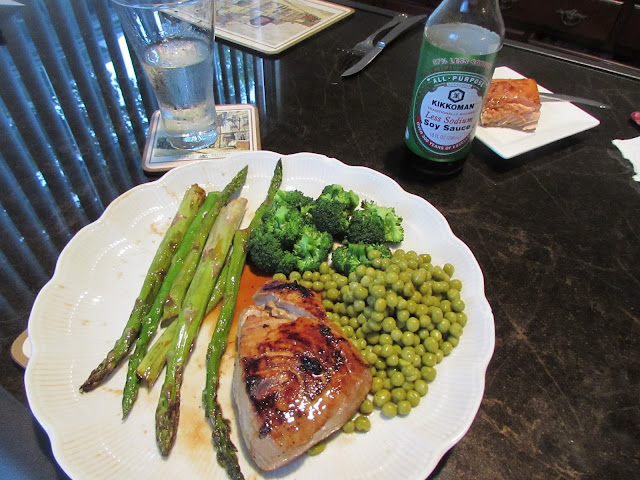 
Saudi Arabia has told banks in the country that it is considering giving contractors IOUs to settle some outstanding bills.

A projected budget deficit this year is prompting the government to weigh alternatives to limit spending. Contractors would receive bond-like instruments to cover the amount they are owed by the state which they could hold until maturity or sell on to banks.

Contractors have received some payments from the government in cash and the rest could come in "I-owe-you" notes.

"It" may be worse than we are being led to believe. More from the story:


The government started delaying payments last year to prevent the budget deficit from exceeding $100 billion after the oil slump.

Note: it was back in March, 2016, that it was reported that the Saudibinladin Group was struggling due to low prices (see below).

The picture becomes a bit more clear why Prince Salman needs to launch a Saudi Aramco IPO, albeit, incredibly small.

I track the Salman Plan here.

The big dots that now connect, in the chronological order they appeared:

July 13, 2016: #18575 was noted to have been taken off-line earlier this year. This is one of six wells on this pad. It turns out all six wells were taken off-line at the same time and it appears all were placed back on-line in 5/16. I can't find explanation at the file report.  This is a Hunter / Jeriyote pad. It appears that Hunter 1-8-17H and Hunter 2-8-17H may have interfered with each other during frack operations.

Original Post
If I remember, I will come back to this one later; NDIC map not loading now.

The well:
Production profile (has been update):

March 25, 2018: production update; nothing in sundry form to explain jump in production back in October, 2017. But look how incredible this well is. But look at this: still flaring all its natural gas; on the reservation.

The updated production since 3/16:

If I remember I will come back to this one; take a better look at production jump in October, 2015; NDIC map not loading now.