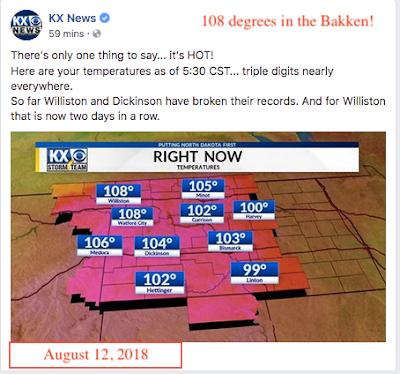 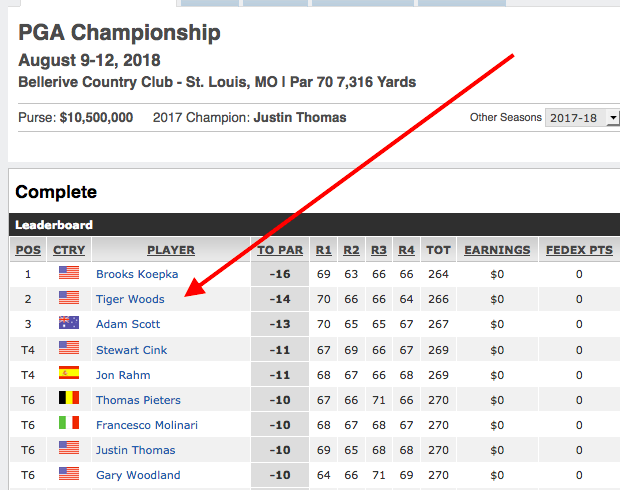 Thinks cetaceans and which species spend the most time in the coldest water. We don't see many dolphins in the Arctic, do we?
Posted by Bruce Oksol at 6:38 PM No comments:

Re-Look At An Old Financial Times Article Asking Whether The US Shale Revolution Has Peaked? -- August 12, 2018

I had some time so I went back to look at this post: from the Financial Times, October 18, 2017, has the US shale revolution peaked?

To get to this article which is behind a paywall, google ft in charts has us shale peaked. Fortunately, the article is still available. For myself, I have archived the article in case it disappears.

The first graphic in the article tracks rig count, which as readers know, is highly irrelevant when tracking productivity in unconventional oil plays.

This is the second graphic in the article: 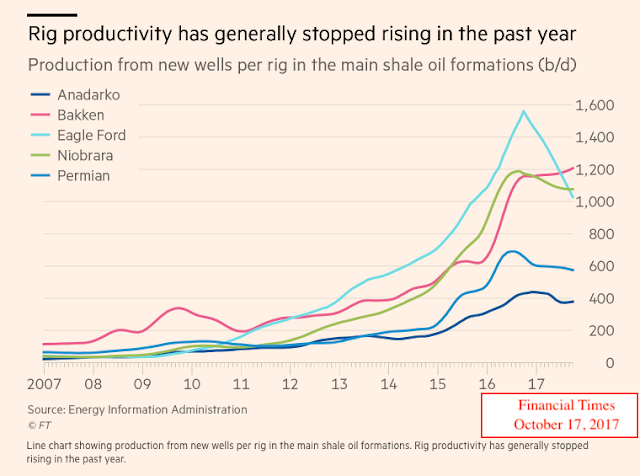 The writer completely misinterpreted the graphic. Something tells me he/she was asking the wrong question, mislead by the sharp decline in "rig productivity" in the Eagle Ford. I may be wrong on this, but I'm starting to get the feeling that a lot of folks are not aware that shale operators "manage their assets" very, very well.

Now that we are aware of how severe the takeaway capacity in the Permian is, and the price differentials, the above graphic makes a lot more sense.
Posted by Bruce Oksol at 2:16 PM 5 comments:

Who was it that said, "a sucker is born every minute"?

Just when I thought it could get no more ridiculous, I was sent this story by a reader. First, for background, re-read the Kemper story, the cost of "clean coal" in the US:

So, what is the status of the Southern Company / Kemper project? It was shut down -- according to a June 28, 2017, article in The Atlanta Journal-Constitution:


Southern Company is suspending efforts to get a troubled Mississippi plant running properly that had been touted as the future for “clean coal” power plants.

The Atlanta utility company said Wednesday it is “immediately suspending start-up and operations activities” for the coal gasification unit at its Mississippi Power subsidiary’s Kemper plant.

The power plant, which also burns natural gas, will continue operating using that fuel.
The decision marks a huge reversal for the first-of-its kind plant, which aimed to burn cheap lignite coal more cleanly than conventional plants. But the $7.5 billion plant was billions of dollars over budget and years behind schedule, and still not working properly.
Southern’s action follows a decision last week by the Mississippi Public Service Commission to order the company to pull the plug on the project and absorb billions in costs.

But we certainly haven't heard the last of Southern Corporation boondoggles.

A reader noted this today, from oilprice: Southern Corporation now estimates it will cost $28 billion to complete a Georgia nuclear project, twice the original estimate of $14 billion. From the story:


Southern Company's Georgia Power subsidiary announced yet another increase in the estimated cost to complete the Vogtle 3 and 4 nuclear units.

At this moment this is the only ongoing nuclear construction project in the United States. Georgia Power has raised its cost to complete the nuclear project by 15 percent.

This pushes the final cost estimate for these units to almost $28 billion.

Perhaps more significant for investors, Southern's management agreed to write off almost $1.1 billion of Vogtle costs, rather than attempt to charge ratepayers for the expenditures.

Later this fall, all owners will vote on whether to continue the project.

These revised cost estimates indicate that total cost of the two units could approach $28 billion upon completion. Back in 2012, when the Georgia Public Service Commission regulators approved them, the cost estimate was $14 billion. This is a 100 percent cost increase over initial estimates and represents incremental financial risk for investors.

Wow, there certainly seems to be a pattern here.

For the Kemper (Mississippi) "clean-coal" project:
For the Vogtle  (Georgia) "nuclear" project:
One wonders if Robert Mueller's time would be better spent looking at Southern Company's track record on megaprojects.

I was surprised and dismayed that the writer of the oilprice article failed to mention the Kemper project. He is obviously wearing blinders and only looking at this story as an "expensive" nuclear power plant story.
Posted by Bruce Oksol at 1:43 PM No comments:

Link here.
Posted by Bruce Oksol at 12:06 PM No comments: