The Data Suggests The US Has Been Producing In Excess Of 12 Million BOPD For The Past Two Months -- November 15, 2018

Because the blog has so many posts each day, it's easy for some great reader comments to get buried; missed by others.

My guess is that US production has been running over 12 million bopd at least a couple weeks now.

If in fact, the US is able to consistently produce in excess of 12 million bopd -- that's quite remarkable. Especially if one notes that:

This is pretty cool. Back in March, 2018, I suspected activity in the area of this well -- from that linked post:

So, back in March, 2018, because a great well was taken off-line, I suspected "some activity in the area" -- euphemism as the time for "fracking neighboring wells.

It turns out I was exactly right.

See graphic at the time: 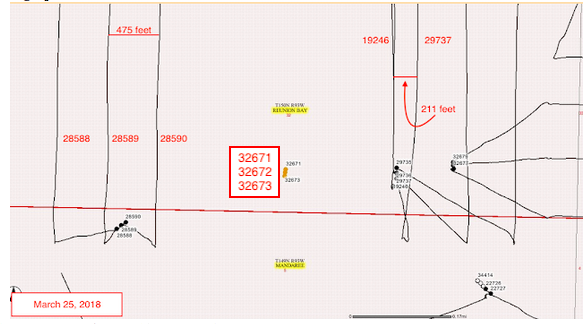 Update of the production:

We've talked about this well many, many times.

Nothing new here, but 9/2018 production has been updated. Huge halo effect. See this post.
Posted by Bruce Oksol at 8:03 PM No comments:

Another "Clark" died earlier this week (November 13, 2018?). Merle Clark from North Dakota. A huge "thank you" to Don for letting me know. See also this post.

The obituary at this site.

He grew up on the family ranch and attended grades 1-4 at Marmarth, grades 5-8 at Pretty Butte Country School, and grades 9-12 at Miles City, MT; graduating from Custer County High School with the class of 1956.  Merle went on to attend and graduate from Western College of Auctioneering in Billings in 1958. After serving with the Miles City National Guard from 1963-1969, Merle returned home to the ranch while continuing serving in the guards.

On November 8, 1967, Merle and Linda Dyba were united in marriage in Miles City.  The couple was blessed with two children:  Ward and Christy.  The couple returned to the ranch and have made it their home ever since.

Merle owned and operated Clark Auction Service for 50 years.  He was a rodeo participant competing as prize winning bareback rider from 1954-1968.  He eventually moved into the role of rodeo announcer for the tri state area for over 40 years.
Merle was an amateur paleontologist and an avid historian; spending his life learning from the past.  He loved collecting old cars and created countless leather works.  He loved people and possessed an uncanny ability to recite history and to tell stories; stories that would bring knowledge and an abundance of humor into any conversation.  Merle never met a stranger.  He was ageless.  He had a lot to give, while asking for very little in return.  He could take the Bible and reflect on a verse for any “mishap” life may have dealt.  Psalm 23 was his favorite.  Merle loved living on the ranch, caring for his cattle, and getting together with his neighbors.  He influenced several generations of young men throughout the area and left behind countless “best friends”.

Merle had a passion for serving his family and community.  He was a loyal friend of FFA, serving as Chapter President from 1955-1956, and State Secretary from 1956-1957. He received the Montana American Farmer Award in 1958, American Farmer Degree, ND Historical Society Local Historian of the Year and Cowboy Moments Award.  Merle was a charter member of Little Missouri Saddle Club, and the Marmarth Historical Society.  He served on the board of directors for many organizations including the Pioneer Trails Regional Museum, Little Missouri River Commission, Slope County Commission for 11 years, Social Services Welfare Board, and was President of the Marmarth School Board.  He was also a trustee of the ND Cowboy Hall of Fame, Mystic Theater Cowboy Poetry, and was a founding member of the Marmarth Bible Church.

Regarding his birth weight, from another site:

Theoretical limit: somewhere between 20 and 24 weeks is the limit at which a liveborn can survive due to maturity of lungs/circulatory system.

statewide, permitting activity dropped 26% when compared to a year ago. With production still increasing in Appalachia this year, fewer permits indicates drillers are getting even more efficient at getting gas out of the ground with fewer wells and longer horizontal laterals.

I was just getting ready to check ISO New England, when I got this note from a reader:

Right now, note the sudden surge in the price of electricity in New England, link here: 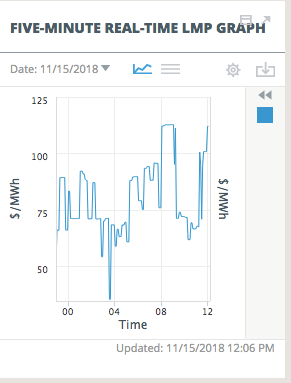 Sophia's grandmother was happy to see that Sophia "sees" Grammy" as being significantly younger than her grandfather -- that would be me. Apparently Sophia thinks I raised Sophia's Grammy just as I am taking care of Sophia now. LOL. 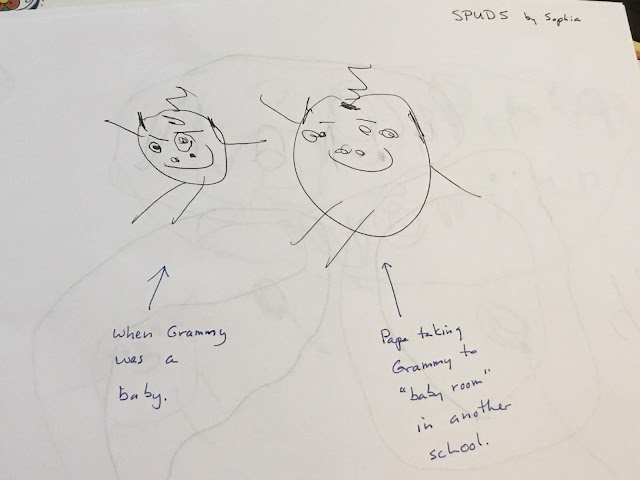 My guess is that US production has been running over 12 million bpd at least a couple weeks now. 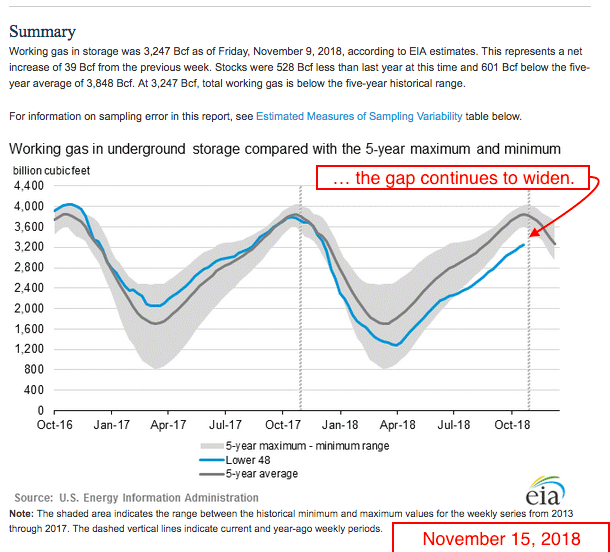 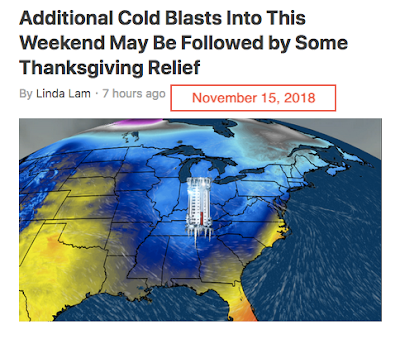 -- movers and shakers had already "baked in" the crude oil numbers
-- no one seems worried about supply of natural gas
-- so, we'll see

EIA's monthly drilling productivity report was released November 13, 2018. Link here. At the link one can find "new-well production per rig by region"; production by region; and, DUCs by region. 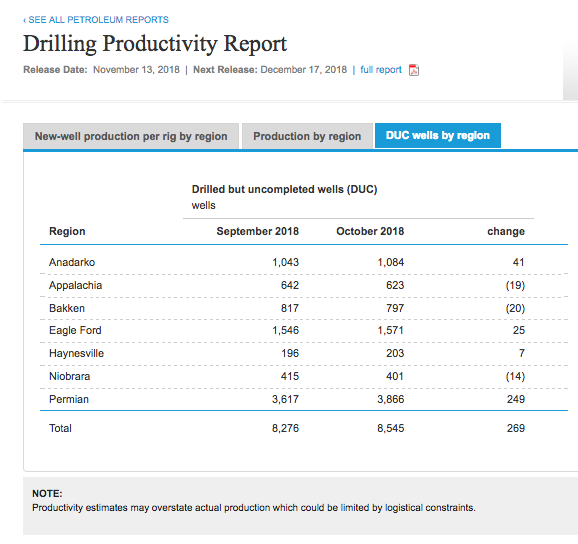 NoDaks: "No to wind!" Link here. If you've driven through Kansas lately, you will see why these folks are coming out against wind. Along with everything else wrong with wind, these folks know that wind will increase their utility bills. 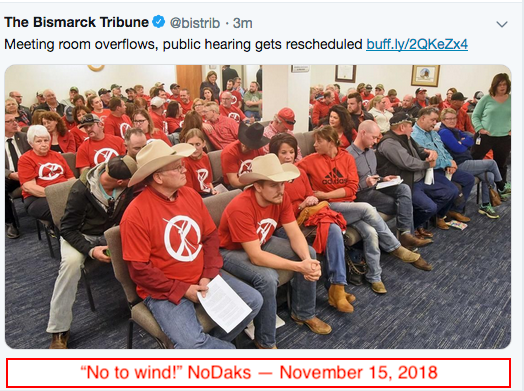 EOG Activity Increasing A Bit Back In The Parshall -- Interesting To Watch -- November 15, 2018

EOG is focused on the Eagle Ford in Texas, but that doesn't mean it's not active in the Bakken. It looks like some EOG activity in the Bakken.

Comment: we go from a lousy well to a great well, at no additional cost for the operator. By the way -- there is a suggestion in the sundry forms that the jump in production to this extent was unexpected; there was an "overflow" at the site of #16537 that required reclamation. 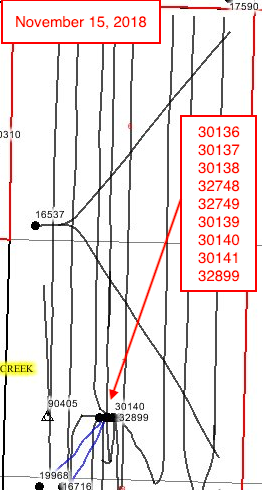 Where's all that renewable energy? And it's only mid-November. Another month for the winter solstice? 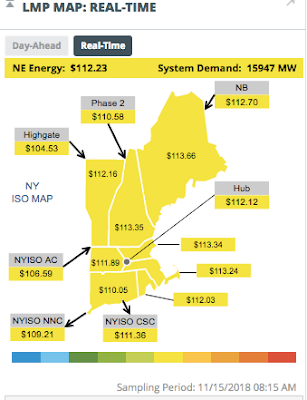 And this is in a country rich in natural gas and renewable energy and it still requires coal. Imagine what is going on in China and India. 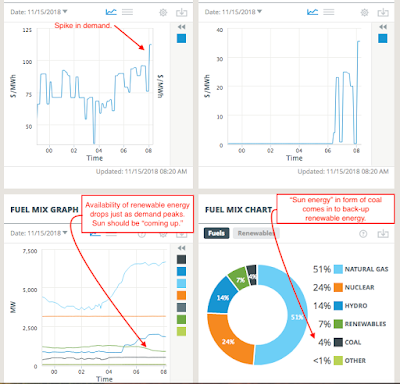 The Honduran horde? Earlier this week I asked "whatever happened to the caravan?" Well, the leading elements have already arrived; more are arriving; gaining numbers and gaining speed; and, they are streaming across the border. Apparently lead element is massing in Tijuana but I'm sure there are other locations. So, we have fires to the north and streams of illegals crossing in the south. For the archives. Nothing to do with the Bakken.
Posted by Bruce Oksol at 8:29 AM No comments:

US to set crude oil production record in December, IEA, link here:
Exports: US to become net exporter of petroleum for first time since 1949. Data points and story linked here.

Op-Ed: interesting op-ed on IEA's latest world energy outlook but the most interesting details were posted at the very, very end; I never would have guessed it based on the rest of the very, very long op-ed. I assume Clyde Russell is a faux environmentalist. Op-ed over at Reuters.


RBN Energy: why new rail car specs are creating obstacles for CBR, with a focus on the Bakken. Below, just part of the article. For the entire post, go to the linked article. Archived.


It’s been well-reported that crude oil pipeline capacity is getting maxed out in many basins across the U.S. and Canada. From Alberta, through the heart of the Bakken, all the way down to the Permian, pipeline projects are struggling to keep up with the rapid growth in some of North America’s largest oil-producing regions. Crude by rail (CBR) has frequently been the swing capacity provider when production in a basin overwhelms long-haul pipelines. While it is more expensive, more logistically challenging, and more time-intensive, CBR capacity is typically able to step in and provide a release valve for stranded volumes. But recently, CBR capacity has been tougher to come by and has taken longer than expected to ramp up. A key aspect of this issue is a new requirement for up-to-date rail cars. Today, we look at how new rail demands and uncertainty in domestic oil markets are combining to create a major hurdle for new CBR capacity.

In today’s blog, we focused primarily on the Bakken, just for the purposes of showing a concrete example. But this same issue is manifesting itself across North America in other basins where pipeline takeaway capacity is not sufficient. Permian traders are having an extremely tough time getting tank cars and are hesitant to take out leases when they know lots of new pipeline capacity is coming online towards the end of 2019. In Canada, Cenovus Energy recently signed up for a three-year deal to move 100 Mb/d via rail to try to take advantage of access to cars and CBR capacity while it could. The discount Canadian producers are taking is much worse than Bakken, with Canadian heavy crude trading at a staggering $42/bbl discount. Canadian railroads have indicated they are willing to increase CBR capacity, but tank car access will continue to be a challenge for producers.

All that said, even if you can find cars, you still have to complete the rest of the puzzle. You’ve got to get the railroad to provide you reliable logistical support, you’ve got to find a CBR terminal that hasn’t been mothballed completely, and you need to find a downstream market that wants a Bakken barrel and is able to receive it via rail. The question now is who are the folks that can put together creative terms for DOT117Js to maximize profits now and minimize losses in three to four years when pipelines make many of them redundant?
Much more at the linked article.

Posted by Bruce Oksol at 6:28 AM No comments: