Random Photos From Stockyard Creek, The Bakken, The Williston Basin

This is something new for me; I had not seen this before. Operators are laying down a "wooden mat" to combat the muddy roads leading up to the drilling pads: 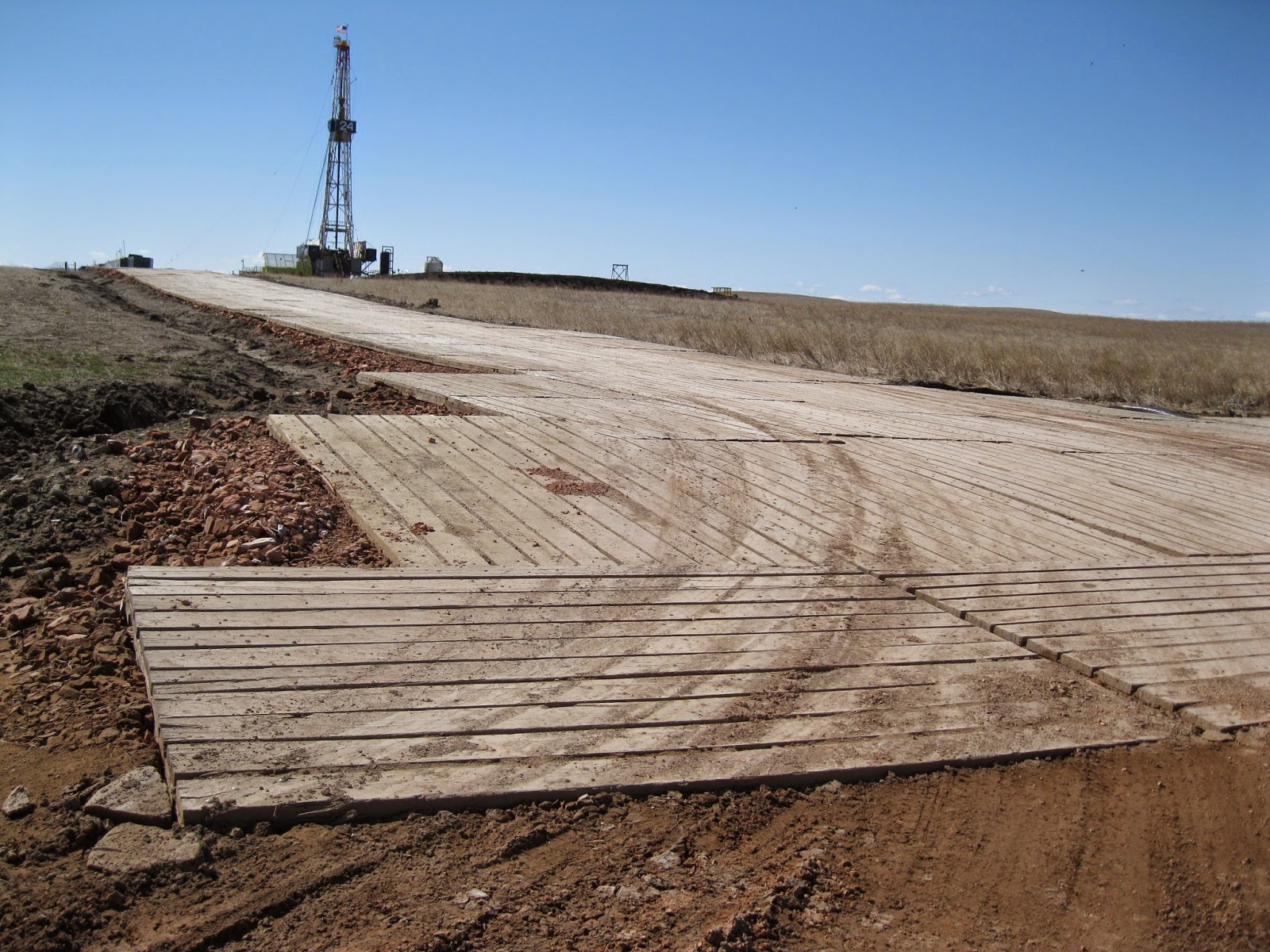 A random photo of a four-well KOG pad. The KOG pads are absolutely exquisite in the Stockyard Creek; absolutely first rate in appearance. I was very, very impressed. 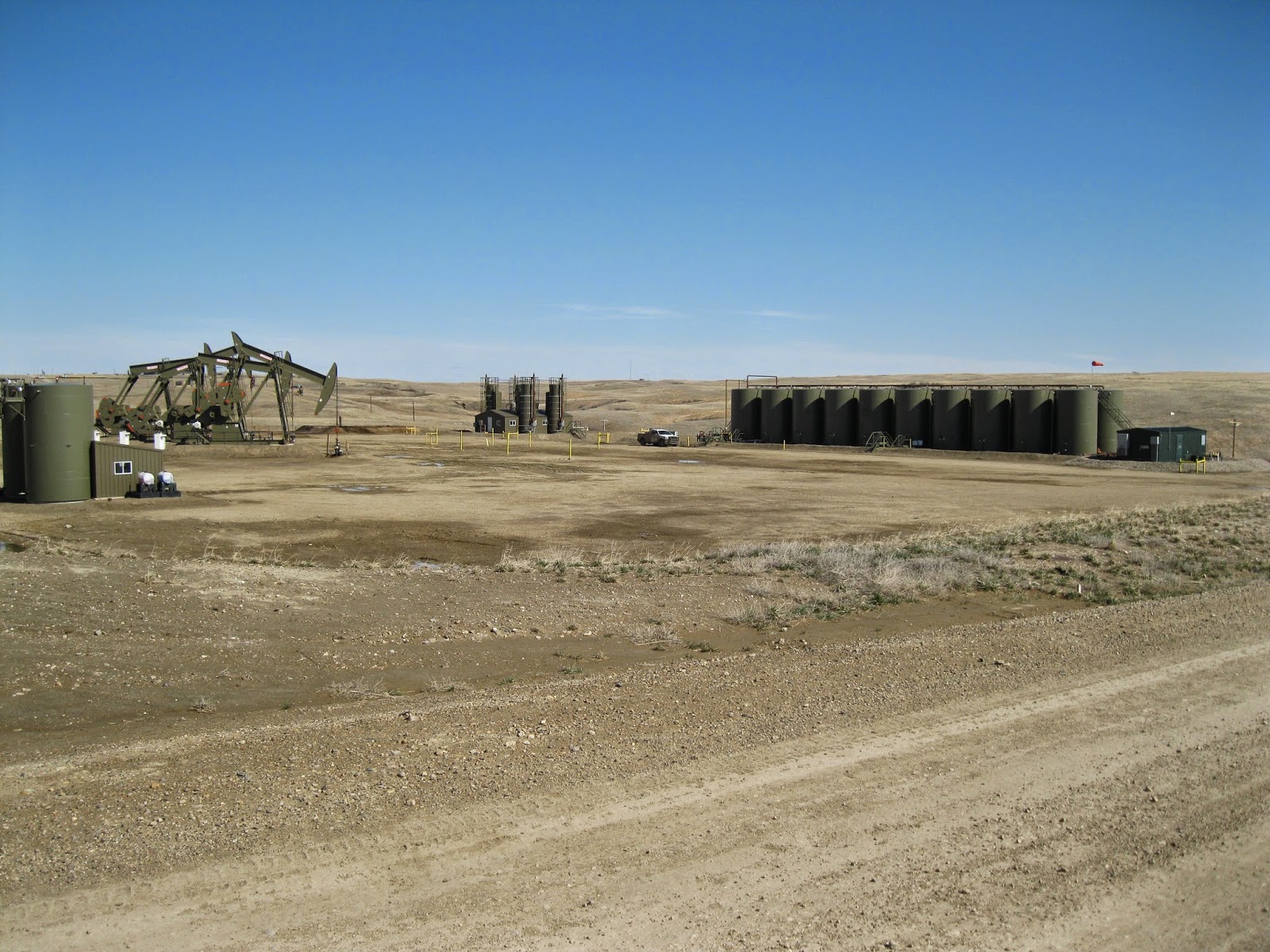 I had forgotten about all the "electric vehicles" in the Bakken. Here's a random photo of one such electrical vehicle. According to the owner, she is not impressed with the mileage: 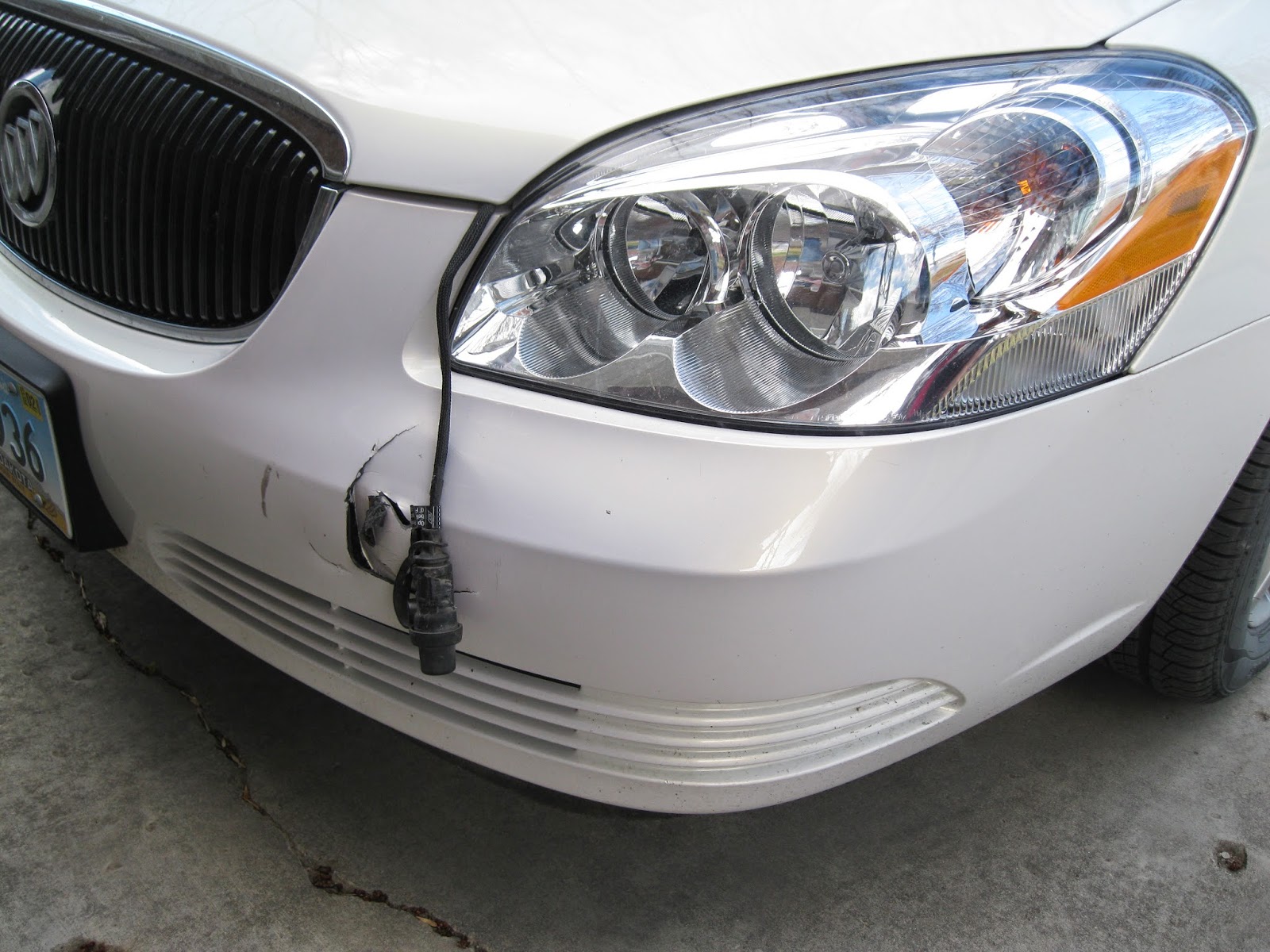 It appears the reader was correct: that the Powell well does not come off the confidential list until later; the reader says June 25th. It's my experience that readers are often correct when they write me about my own errors or if there is "factual" reporting in error (if that makes sense).

Tonight, the file report for the Powell well is back on "confidential" status, and it appears that it was never supposed to have come off confidential status until later. I don't recall what I saw on the Powell file report two days ago, but I believe it was simply a planning report and that it confirmed MRO was targeting the Tyler.

This was from a personal e-mail received from an individual who visited the Powell site on Sunday, April 20, 2014:

Sunday afternoon my friend and I drove out to the Powell well and the Rundle trust well. At the Powell well, nothing has changed in three (3 )months ... ten (10) frac trucks setting on site, along with tanks and a oil/water separator.

For Investors Only: KOG Reports Tomorrow

The vote was 54-42 in favor of allowing debate on the measure to proceed, six votes short of the 60 that Democrats needed to prevail. Sen. Bob Corker, R-Tenn., was the only Republican to cross party lines and vote "yes." Reid switched his vote to "no," which gives him the right to call another vote on the measure. No other Democrats opposed the bill.

These bonds were heavily subscribed, according to the linked source: 1.07% to 4.49%. How incredible is that? One point oh seven percent for three year bonds. Apple is getting some really "cheap" money.

For the record: White House cover-up of a cover-up -- the Benghazi tragedy -- not reported in The New York Times. Not reported in four hours of prime time on CNN. Of the "big media outlets," only The Washington Post reported the story -- on page 17.

Apologies To All For My Delayed Posting; I'm Traveling And Not On The Net As Much; Fourteen (14) New Permits; Lynchburg, VA, Crude Oil Probably Bakken Crude Oil; More People Killed In Wind Farm Accidents Than CBR Derailments In USA?


The train was traveling from Chicago. It was unclear where the crude shipment was headed, but there is one oil train terminal in Virginia. The Yorktown, Va., storage and shipping site owned by Plains All American Pipeline LP began receiving shipments of crude by rail in December, according to a securities filing. Bakken oil produced in North Dakota is railed to Yorktown where it can be loaded on barges and shipped north to East Coast refineries, one expert said. Plains didn't return calls for comment.

Irony? hopefully there were no injuries in the crude oil derailment. Four were killed when a small private plane flies into "wind farm windmill." It was noted that this story -- a most unusual story to say the least -- was not picked up by the mainstream media.


This is not the first time a plane has crashed into a wind farm--in 2008 near southeast Minnesota, poor weather caused the pilot of a 1948 Cessna 140 to lose control while trying to fly around wind turbines.

*********************************
Rigzone is reporting: An explosion in a West Texas oil field near the border with New Mexico left at least two dead and nine injured Wednesday morning, the Associated Press said. The workers were changing a wellhead when the buildup of pressure caused the explosion.

Email ThisBlogThis!Share to TwitterShare to FacebookShare to Pinterest
More stringent road restrictions go into effect today in the Bakken.

For Investors Only; China Could Become Largest Global Economy This Year; US Economy Slows Drastically

Dow closes at all time high: 16,580. Main Street might not be doing so well, but Wall Street is doing very, very well.

I mentioned this a couple years ago on the blog and go push-back from some folks telling me that China would never surpass the American economy, at least not any time soon. Now, Financial Times is reporting:


The US is on the brink of losing its status as the world’s largest economy, and is likely to slip behind China this year, sooner than widely anticipated, according to the world’s leading statistical agencies.

The US has been the global leader since overtaking the UK in 1872. Most economists previously thought China would pull ahead in 2019.

Stagflation? MyWay is reporting (it will be interesting to see how Reuters spins this story; I assume the White House is helping Reuters re-write the story):


The U.S. economy slowed drastically in the first three months of the year as a harsh winter exacted a toll on business activity.

The slowdown, while worse than expected, is likely to be temporary as growth rebounds with warmer weather.

Growth slowed to a barely discernible 0.1 percent annual rate in the January-March quarter, the Commerce Department said Wednesday. That was the weakest pace since the end of 2012 and was down from a 2.6 percent rate in the previous quarter.

What is the definition of a recession, again?


Phillips 66, the second-largest independent U.S. oil refiner, reported a higher-than-expected quarterly profit on Wednesday, helped by a big gain from a share exchange and its chemicals and midstream businesses.

Crude oil and natural gas pumped from shale formations in the United States have lowered feedstock costs for companies such as Phillips, which is expanding its network of pipelines and processing facilities for increasing onshore output.

Excluding a one-time gain of $706 million primarily related to Berkshire Hathaway Inc's deal to swap its Phillips 66 shares for ownership of the company's specialty products unit, Phillips 66 earned $1.47 per share.

Analysts, on average, had expected a profit of $1.34 per share, according to Thomson Reuters I/B/E/S.

May 1, 2014: The CSX Corp train that derailed and erupted in flames in Lynchburg, Virginia, was carrying crude oil from the Bakken shale in North Dakota, the kind of oil involved in several other fiery derailments over the last few months, the railroad said on Thursday.

Comment: it should be noted that there were no injuries, fatalities. About the same time this happened, a low-flying plane in fog hit a wind turbine killing three passengers and the pilot in the small private plane. That story was not widely reported.

Specifics not yet reported.

I first saw it in LA Times; will be reported everywhere, eventually.


There was no immediate information about where the train was coming from or where it was heading. Most East Coast refineries are far to the north. One of the only crude oil facilities to the east of Lynchburg is a converted refinery in Yorktown, which is now a storage depot run by Plains All American. Officials said there were no reports of injuries.

Bloomberg is reporting with the chart of the day:


Saudi Arabia will probably have to sustain production above 10 million barrels a day for the longest period in more than 30 years as it meets the summer surge in domestic demand and compensates for production losses in Libya.

This should come as no surprise to regular readers. The surprise will come whether Saudi Arabia is able to keep up on a prolonged basis. Both Brent and WTI are trading lower today; obviously no one thinks this is a very big deal.

Remember how President Obama said there was no war on coal (sort of like his promise: "You can keep your doctor if you want"). The Boston Globe is reporting:


Competition from natural gas combined with increasing environmental regulations has made casualties of many of the nation’s aging coal-fired power plants, including Salem Harbor Power Station and Brayton Point in Somerset.

By 2020, about 60 gigawatts of coal-fired electric-generating capacity — enough to power an estimated 48.5 million homes — is expected to disappear, at least partly due to the expense of meeting federal rules to cut pollution from power plants, according to the Energy Department.

Don't let anyone fool you. Natural gas played a role but this is all about the war on coal, nothing else, regardless of how one wants to spin it. Don't believe me? Read the next two paragraphs:


“For an existing coal plant to basically stay in operation, it would have to install some sort of pollution control apparatus, such as a scrubber,” said Elias Johnson, an energy analyst with the Energy Information Administration. “The problem is that these technologies are not cheap.”

The consequences are likely an even greater reliance on natural gas, which despite booming production, is experiencing upward pressures on prices. That in turn could mean higher heating and electrical costs for New England consumers.