June 27, 2014: the company, in a press release, has reached total depth on Rohweder 1-11; they will now case to total depth; shut-in; determine best completion method; and, then at some point in the future, complete the well.

June 23, 2014: the story about Strata-X drilling in Emmons County was on the local CBS news, Dickinson, station tonight.


If they do hit natural gas and that's if this turns out to be a successful project there is a natural gas pipeline just north of here that they could tap into to distribute the natural gas.
We've seen local farmers who are hauling water to the site. They say the amount they've been asked to haul has doubled since the project began.

We talked to some local farmers and city officials but no one seems to know much about what's happening with this project.

Strata-X Energy has purchased over 20-thousand acres of mineral rights in Emmons County since last July.

The article says another company drilled in 2006 but was unsuccessful. I see a permit issued to Staghorn in December, 2006, but the permit expired, and no drilling was done, as far as I can tell.
June 20, 2014: Strata-X current corporate presentation discusses the "Sleeping Giant."


An oil and gas company is working to wake what it calls a sleeping giant in an area of southern North Dakota far outside of the state’s traditional drilling region.

Strata-X Energy has received permits to drill four wells in Emmons and McIntosh counties as part of an exploratory program known as wildcatting, the North Dakota Oil and Gas Division announced Dec. 11.

The company, headquartered in Denver, says on its website the wells will target natural gas in the shallow Niobrara Formation, a significant petroleum system the company says has been overlooked in the southeastern Williston Basin.

The Oil and Gas Division issued a press release on the permits because it’s so rare for permits to be approved that far east of U.S. Highway 83, says Director of Mineral Resources Lynn Helms.

This may or may not have been in the earlier stories:

“To me, this leads toward many different formations that have potential in this Williston Basin.” Neset estimates the Niobrara wells would be less than 4,000 feet below ground in North Dakota, compared to typical Bakken wells that are about 10,000 feet below ground. In Wyoming, the Niobrara Formation is primarily targeted for oil, but also produces significant natural gas, says Mark Watson, petroleum engineer with the Wyoming Oil and Gas Conservation Commission.

Operators use horizontal drilling and hydraulic fracturing techniques to produce from the Niobrara, Watson said. “It’d be the same as what you do with the Bakken and the Three Forks,” Watson says. Strata-X is also involved in oil and gas exploration and development in California, Texas, Illinois and Australia.

According to the article, there are two natural gas pipelines in this area, which would facilitate marketing of the natural gas.

December 12, 2013: The Bismarck Tribune is now reporting that these will be shallow natural gas wells.


Strata-X Energy says it will sink wells into the Niobrara Formation in North Dakota in an area it's calling “Sleeping Giant Gas Project.”

“The Niobrara Formation in this area has been overlooked despite gas shows and small flares being reported,” the company said on its website.

Another company, Staghorn Energy, drilled four wells in the same area in 2006 to test for shallow gas.

Strata-X says none of those Staghorn wells were completed because they were not drilled on the Niobrara gas formation.


North Dakota Oil and Gas issues four new drilling permits--but not in the usual counties.
Strata-X-Energy has been issues two permits each in Emmons and McIntosh counties.
Lynn Helms with Oil and Gas says he wanted to make the announcement because it's so rare to see anything this far east of Highway 83. 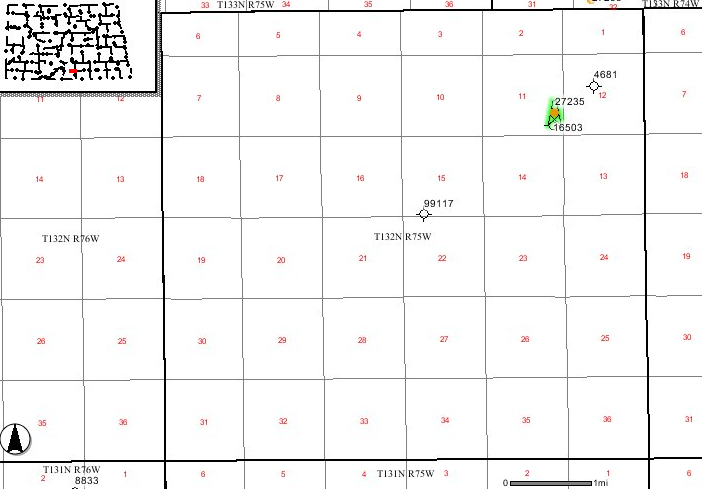