Tesla: Tesla apparently asking for money back from suppliers on work already completed. Truly bizarre. Tesla confirms it has done this, saying it's common practice in automobile world. If so, news to me.

Two just because I love the guitar playing by Willie Nelson: 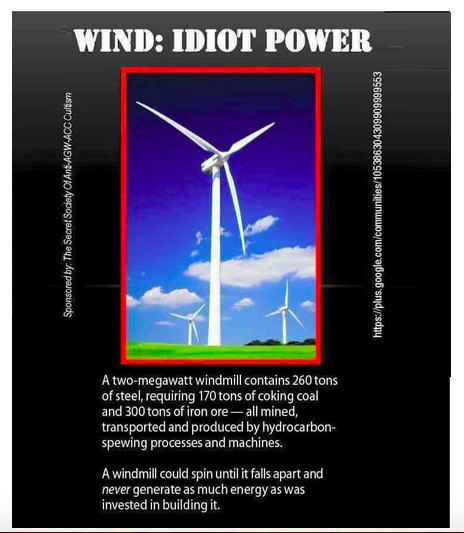 I noted this last summer, Septembert, 2017, I suppose:
So, let's see what came of this well. LOL.

First, the production profile since then: 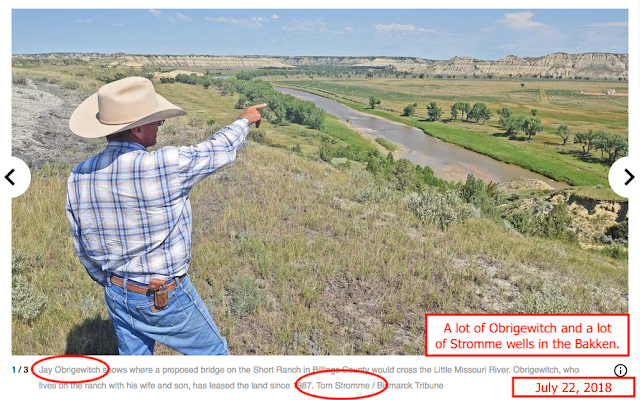 I have no dog in this fight. I'm glad I'm not the one who has to make the decision. But I know how I would go about making the decision. Smart folks in North Dakota will sort this one out.
Posted by Bruce Oksol at 8:15 PM No comments:

Wow, it just never quits. Last year (2/2017)  I noted:
Checking up on this well tonight, let's look at this production profile. But before we do that, time for a video:

Now, back to the production profile of #16735. Is this not awesome! "Predicted" one year ago -- I doubt any other blogger did that. LOL:

Regular readers know the first thing we need to do.

CHECK FracFocus, API - 33-025-00649: yup, re-fracked, 7/9/17 - 7/27/17; 4.2 million gallons of water; 84.55% water. Only 4.2 million gallons -- about half what they usually use in an initial frack. According to the operator, data for re-frack:
So, again, another MRO-re-frack in Bailey oil field. This is so predictable one wonders if MRO has a VP for re-fracking old Bailey wells. If so, whatever she is being paid, she's not being paid enough. LOL. Wow, these wells must give Art Berman and Jane Nielson heartburn. Tums.

Which brings us to another song: I would rather die young than to live without you, I would rather go hungry than to eat lonesome stew; .... once in a lifetime, and it won't come again .... it's here and it's gone ... on a magnolia wind ....

Wow, these Bakken wells have a story to tell.

For newbies: these Bakken wells will produce for seventy years -- and during their lifetime: re-works; mini-re-fracks; neighboring wells will be fracked; major re-fracks; re-entry to go after different formations; etc; etc.

Disclaimer: I am inappropriately exuberant about the Bakken.
Posted by Bruce Oksol at 8:07 PM No comments: 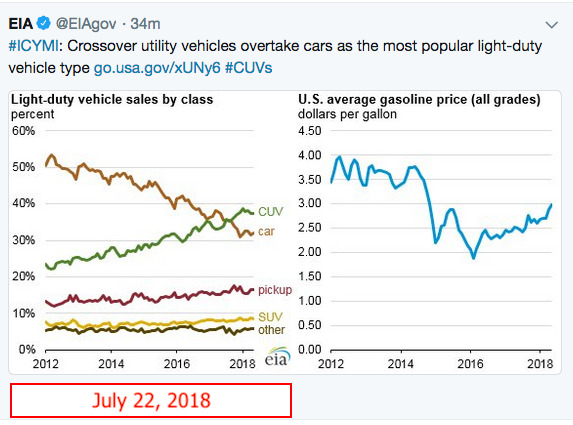 The Open: the final day -- the front nine, incredibly exciting; Tiger Woods appeared to be in the running; the back nine: boring! Molinari of Italy came out of nowhere (sort of) and easily won the tournament.
NASCAR: New Hampshire one-mile oval. Last 44 laps now. Should be over in 22 minutes if no cautions (in a caution now).

Katie Ledecky is featured on the current issue of National Geographic. More later.

I returned the biography of the Mitford girls to the library. I bicycled to the library, about 4 miles each way; the temperature was 103 degrees. But it was a dry heat. Wow, that's hot. Biking is easier than running, and probably even easier than walking. I did not break a sweat, but I did wear a broad-brimmed safari hat.


My "consequential" book for the next week: The Victorians, A. N. Wilson, c. 2003. The heft and feel of the book is awesome. I love the feel of the paper, and love the pitch and font. This should be a fun book; it is a continuation of my "China phase." 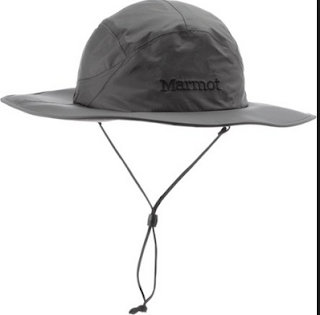 From Mark Perry over at Carpe Diem:

That argument has changed in the past 48 hours. Most everything below was previously posted in the last few days.

Exhibits A - E. [To prove a point, only three "exhibits" are needed, but I wanted to make sure the point was not lost on those on the east and west coasts.]

According to API, crude oil production hit 10.7 million barrels per day (MMbpd) in June and NGL production reached 4.2 MMbpd during the same period.

[The API] noted that domestic oil production has supplied all of the growth in global demand so far in 2018 and has helped to compensate for production losses among some OPEC member nations. [Memo to Art Berman, Jane Nielson.]


Saudi Arabia: hits "pause button" on higher oil output. For newbies, "everyone" talks about Saudi's production, not their exports. This is another article: emphasizes "production." Four points:
Now, this:


Oil prices held steady on Thursday and in early trading on Friday after a top Saudi official said that oil production would remain flat in July compared to June and that Saudi Arabia does not want to oversupply the market. Previous comments suggested that Saudi Arabia would ramp up to 10.8 million barrels per day (mb/d) in July, but instead the Saudis will keep output at 10.5 mb/d.

I find it interesting that at a point in time when Saudi Arabia should be increasing production, the country is actually cutting back. I think there's more to the story we are not hearing. Drones over Riyadh can't be comforting.

Exhibit C (same link as above): Italy: needs US oil to make up for Libyan shortfall. What more proof does one need -- wouldn't a country desperately short of gasoline turns to the swing producer? So, Italy desperately needs gasoline -- where do they turn. Not to Saudi Arabia.


Libya’s oil disruptions would normally wreak havoc in Italy—one of Libya’s top oil consumers—but the United States is serving as a pinch hitter in the wake of civil unrest in the troubled African nation.

Italy’s imports of US crude spiked as Libya struggled to ship oil under force majeure in recent months.

Email ThisBlogThis!Share to TwitterShare to FacebookShare to Pinterest
Labels: Commentary_2018, Producer_Swing
Posted by Bruce Oksol at 12:10 PM No comments:

Fitzsimmons on Chevron over at SeekingAlpha:

Funny how things work out. Yesterday I posted three "international" stories -- for the archives, to keep the Bakken in perspective -- and then this, from The WSJ: oil-rich Iraq can't keep the lights on.

Does this sound familiar? Think Venezuela.


Temperatures across southern Iraq are so high in the summer months that birds drop dead from the sky due to heat exhaustion. And tap water runs piping hot.

So when Iraq’s power supply faltered this month as a heat wave ramped up air-conditioning demand, it ignited an angry question: Why can’t one of the world’s top oil producers keep the power on?

Protests have rippled through Iraq’s oil-rich south for over a week as demonstrators railed against the government’s failure to provide basic services like electricity, health care and clean water. They have posed a serious enough risk that authorities have shut down the internet and sent in troops to quell the unrest.


Iraq had been purchasing electricity from Iran for several years, but Iran cut the power citing unpaid debt and electricity shortages of its own. Ministry of Electricity spokesman Mosaab al-Modares said Iraq has the money to pay, but can no longer transfer the funds without violating U.S. sanctions on Iran.

The biggest problem, however, isn’t electricity generation, but distribution. As much as 65% of the power supply is consumed by people who illegally tap into the grid or don’t have electricity meters, according to the Ministry of Electricity. Fee collection is also weak. In 2015, its best year to date, the ministry said it collected just 12% of fees.

The government tried in 2015 to collect more fees and stop illegal power consumption, but a popular backlash stalled it. Among the biggest opponents, Mr. Modares said, were private power generator owners, who he says collectively make around $10 billion in annual profits from the government’s failure to provide electricity.


“Iraqi electricity demand has grown to 23,000 megawatts at peak summer demand, but the country can only produce 15,900 megawatts, according to Iraq’s Ministry of Electricity.”

The “make around $10 billion in annual profits” number?

Is the number credible? We don’t know because we don’t know if the source’s data was reviewed for accuracy. The source, a government official, might have a reason to provide an inaccurate number.

How much does it cost the privateers to produce the energy?

In some worlds the privateers would be considered entrepreneurs.

Maybe the importance of the article is to point out that governments’ bureaucracies are, in fact, inefficient everywhere.

For the golfers who did not qualify for The Open this week, there was the Barbasol Championship in Nicholasville, Kentucky, where Brittany Lincicome played


Lincicome [was] only the sixth woman to ever play in a PGA TOUR event, and just the second to break par [once, on the second round; six over on the first round].

Only two women have completed 72 holes in official TOUR events: Babe Didrikson Zaharias at the 1945 Phoenix Open and the 1945 Tucson Open and Shirley Spork at the 1952 Northern California-Reno Open.

She missed the cut, ending tied for third or fourth. From last.

Some weeks ago I was in my "China phase" -- among several books I read included two regarding the "opium wars," one fiction, one nonfiction.

Reviewed at The WSJ.

For me, many, many dots connected, again.


But there is a dark side to the story. The Delanos, Forbeses and other American shipping fortunes were made not simply by importing tea to the U.S. but by smuggling opium from India into China. While there were no legal restrictions on opium in the U.S. at the time, the drug had been banned in China by imperial edict in the late 18th century on account of its disastrous social consequences.

Addiction was rampant, having spread from the wealthy to every stratum of Chinese society. “The Chinese government was nervous about using force to crack down on the trade,” Mr. Ujifusa writes. “Craving for the drug had overwhelmed all means of enforcement. So had bribery.” For British and American traders, however, the profits to be made by smuggling far outweighed any moral considerations; a single shipload of opium was worth tens of millions of dollars in today’s currency. Mr. Ujifusa’s “barons of the sea” were, in essence, America’s first drug cartel.

By the way, completely unrelated, the "opium wars" helps me put the current US-China trade war into perspective. It will be interesting to see if some writer at The WSJ can connect the dots. LOL.
Posted by Bruce Oksol at 9:45 AM No comments:

The BR Lillibridge wells in Johnson Corner (near Watford City) and Blue Buttes (east of Johnson Corner) have been updated. These wells are tracked here.

Much to see at the update, but take a particular good look at the well that started it all, the BR Mary Ann well at this post. Note that this well, drilled back in 2008, was a Three Forks 1st bench well. This would have been one of the first Three Forks wells drilled in the Bakken. Be sure to scroll through the production profile. There is no evidence this well has been re-fracked.

Note: there was a lot of data to go through, and I was working under less-than-ideal conditions, so there may be typographical and factual errors. If this information is important to you, go to the original source.

Also, deep into the weeds, note the number "41' in the legal name of this well: