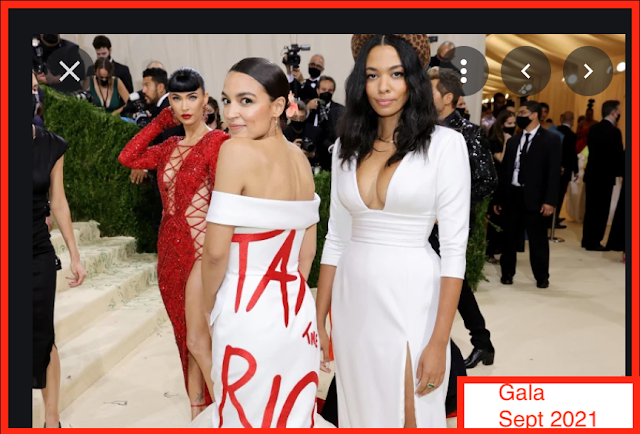 Spotted: stupid people in a large group in the wild. 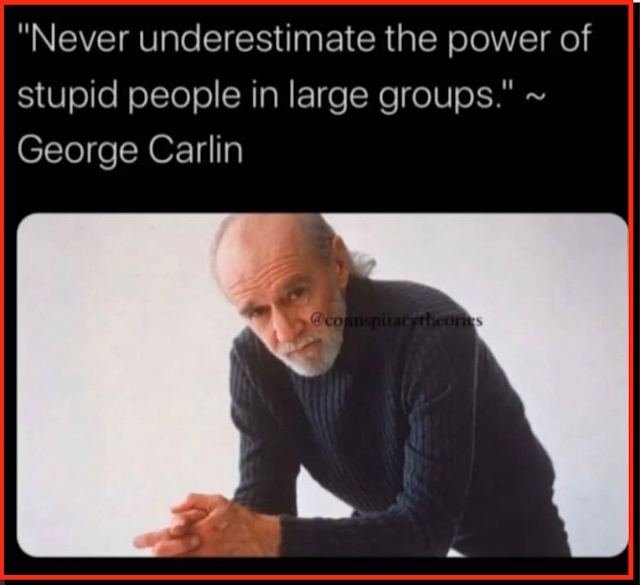 It would have been unthinkable a few months ago: ramping up production was the last thing U.S. shale drillers would do amid a hesitant price recovery and heavy uncertainty around demand recovery. In these few months, however, a lot has changed. Now, U.S. shale drillers may be ready to get back to drilling. The current situation in U.S. oil is one that shale companies must have dreamed about during the worst of the crisis. Inventories are down considerably, thanks to recovering demand. But they are also down due to the recent shut-ins of offshore production thanks to Hurricane Ida.

On top of that, the shale industry's own inventory of drilled but uncompleted wells (DUCs) is also down considerably, Reuters has reported, citing analysts and industry insiders.

This means that soon, we could see a more sizeable increase in the U.S. rig count as shale producers seek to avert a decline in production. It also means that shale companies might see some renewed investor criticism because drilling more would require higher spending, and investors have been extra-sensitive towards spending recently.

Jim Cramer opened with one of his longer openers on "what it takes for the next rally. It wasn't much of a rant at Jim Cramer rants go, but it wasn't bad. Jim Cramer is very, very negative about the "September market." He perpetuates the theme that September is a "bad month" for investors. I beg to differ: when wouldn't investors like buying opportunities. It may be different for traders.

Jim provided a list of fifteen items he felt were needed for the next leg up in the US equity markets.

Jim Cramer -- ingredients to make a rally (my comments in parentheses):

Cramer had long interview with CEO of CVX. I'm disappointed in CVX although I don't quite understand why.

I don't have a dog in this fight. I just find it incredibly interesting. Just like the Bakken: when I first started blogging about the Bakken, I had no dog in that fight, no personal financial interest in the Bakken; it was simply an interesting story about which I was trying to figure out.

This link takes you to a story posted by a woman with personal experience with Covid-10. The writer is a designer and makes her living via Instagram, according to the individual who sent me the link.

According to the reader, the woman who posted this story set up a separate Instagram account to share her story so they wouldn't take her account down and end her family's income stream. The reader says this will be interesting from a censorship perspective. I agree.

The link to the story is here.

Hulu: I absolutely love Hulu. I'm sure the others (Disney, Roku, etc.) are just as good but Hulu is absolutely amazing. I missed the opening of Fast Money with Melissa but when I tuned it, I was able to start over. I will have to skip ahead to get "back on schedule" but that works. It's amazing.

The market: incredible today. It will be interesting if Jim Cramer keeps to his script: the market will pullback severely in September.

Gasoline demand, link here: for most recent week, dropped below 9.0 million bopd. GasBuddy prepared us for this data point. This has nothing to do with Covid-19; this is all about the price of gasoline. Period. Dot.

EIA dashboards for September: have been posted:

While I seldom check in on the New England electricity situation any more, the current European status prompted me to take a look at today's ISO site for NE.

The Day Ahead (tomorrow)  for the Boston area (about 95% of the actual cost, in routine operations) is over $119/Mw.

Oil being burned amounts to 2% (in September!) and is almost as much as the total wind generation.
These people are sleepwalking into an unmitigated disaster should very cold snaps hit that area come this winter.

That reader and I are on the same of music. I seldom check in on the New England ISO now that I have a better feeling for it.

But wow, look at the spot price for electricity this morning. A lot of folks wrote me regarding the "Texas Freeze" last February (2021). The difference between the two: New England has a structural issue that is not being addressed by New England, whereas the "Texas event" was a one-off, and regulators are addressing the issue.
To put the $120 / Mw in context, one expects to see numbers between $15 and $30. ISO NE can be tracked here. Wow, $90 right now and this should be the best time of the year -- no longer the hot summer and not yet the cold winter. This is unnerving.
Posted by Bruce Oksol at 3:43 PM 2 comments:

I always find it interesting the stories that don't get picked up by the mainstream media. Another example, to continue the ivermectin experience. I think I'll "leave off" the link and simply present the headline and lede. It's a pretty amazing story. Imagine if this was printed in The NY Times or The Washington Post or even on CNN.

Headline: largest state in India announces that the state is Covid-19 free. Health officials attribute it to ivermectin.

In addition to now being Covid-free, the recovery rate of those affected earlier increased to 98.7% following introduction of ivermectin.

The state of Uttar Pradesh, India, has a population of 241 million people and has the highest population in India. It is now Covid-19 free.

Overall, the state has a total of 199 active cases ... repeat, a 199 active cases, while the positivity rate came down to less than 0.01 percent. As per the state's health bulletin, Uttar Pradesh reported only 11 new Covid-19 cases and zero deaths in the previous 24 hours.

So much more at the story.

The state dispenses a four-tab snack pack as a preventative in all family contact.

Vaccination rate in this state of over 240 million people? 5.8%. The US: around 54% fully vaccinated.

The worldometers.info is quite remarkable for India. Compare it to that of the United States.

A year or so ago, I wrote "EV Truck Excitement Is Off The Chart -- All Roads Lead To Amazon."

Today, a reader sent me this link, from Reuters via Yahoo!Finance: Amazon-backed startup Rivian starts production of electric pick-up.

This makes Rivian the first to bring an electric pick-up to the market, ahead of Tesla Inc, General Motors and other players.

"This morning our first customer vehicle drove off our production line in Normal," founder and Chief Executive Officer RJ Scaringe said in a tweet https://twitter.com/RJScaringe, which included images of Rivian's R1T electric pick-up truck at its plant in Normal, Illinois.

This is a pick-up truck, not an 18-wheeler tractor.

The world's biggest truck manufacturer might have their first 18-wheeler tractor roll off the assembly line by the end of October. I'll post some schematics when I get a chance. The batteries are so heavy ....

Posted by Bruce Oksol at 1:57 PM No comments:

To infinity and beyond:

To infinity and beyond: wholesale price of European natural gas is now equivalent to $150.50 a bbl (I like the precision, LOL) -- higher than Brent crude ever was during the 2008 price boom (and, ye, barrel of oil equivalent pricing has its challenges, but worth using to show magnitude of crisis. Link here.

The "Texas Freeze" hits the UK. This is similar to what happened in Texas earlier this year -- City A.M. via oilprice: two more UK energy firms go bust amid record power prices.

Breaking: UK natural gas wholesale prices are JUMPING twenty percent today to fresh record highs as trades brace for more UK gas-fired power station demand after the loss of a key electricity interconnector between the UK and France. Link here and also below.

Forget gas-to-coal switching. UK is now in the gas-to-furniture switching.

UK nuked: this is quite incredible. Electricity prices in the UK and Europe are surging, clearly unprecedented, and most because the wind is not blowing.

The UK gets a fair amount of electricity from nuclear power plants in France. Yesterday it was being reported that there was a huge fire at a key electricity converter station in the UK which shut down a major cable that brings power form France. It's my understanding that is one of two such cables bringing in power to the UK from France. Bloomberg is reporting that the converter station will be off-line until October. Link here for social medial comments. See if you can spot the irony in the photo at this link.

And it's still not enough: federal tax collections set record through August, 2021. Link here. this is quite a story on so many levels. Through the first eleven months of fiscal 2021, the federal government has collected a record $3,586,456,000,000 in total taxes. Is that $3.6 trillion?

Covid-19. For what it's worth and it's probably not worth much. These are graphs and most journalists appear unable to read graphs and/or are afraid to show them to their readers, link here.

Top oil and gas stocks for 4Q21: two of them are in the Bakken. Link here.

Greenfield refinery outside national park in North Dakota: construction set to start in 2022? That's what is being reported in the Grand Forks Herald. Paywall? Try this link. And that's the problem with paywalls: they take me away from ads I would otherwise see, and they lead me to other sources for news.

The proposed Davis refinery, in financial difficulty, has experienced multiple delays since state environmental regulators allowed Houston, Texas-based Meridian Energy Group to build the facility in 2018. its permit after the lockdown refinery in litigation with environmental groups and, before the second deadline expired on June 12, state regulators gave the project an additional 90 days to begin construction or risk losing its license.

This time around, Meridian has met state requirements to begin construction before a revised deadline last Sunday, allowing the company to keep its license active.

No wells coming off confidential list according to the NDIC.

It has been a chaotic 18 months for North American LNG and the global gas market. In a short time, international gas markets went from oppressively oversupplied balances, high storage inventories, and historically low prices for much of 2020, to reckoning with panic-inducing supply shortage, low inventories, multi-year or all-time high prices in the biggest LNG-consuming regions. The resulting whiplash has transformed key aspects of the LNG market, including making a profound impact on the way existing LNG terminals operate, how projects secure funding and capacity commitments, and what offtakers expect for the next generation of LNG capacity buildout.

The tight market appears to have settled the question of whether more export capacity is needed, at least for now, but the market’s sharp U-turn has also put potential offtakers on edge and underscored the need for contractual flexibility. Additionally, pressure to reduce greenhouse gas (GHG) emissions is higher than ever, and LNG offtakers are increasingly demanding greener solutions to address government regulations and public concerns. This convergence of factors has put the LNG market at a crossroads. Taking all of the lessons learned from the past 18 months and before, the industry must now forge a new path forward. 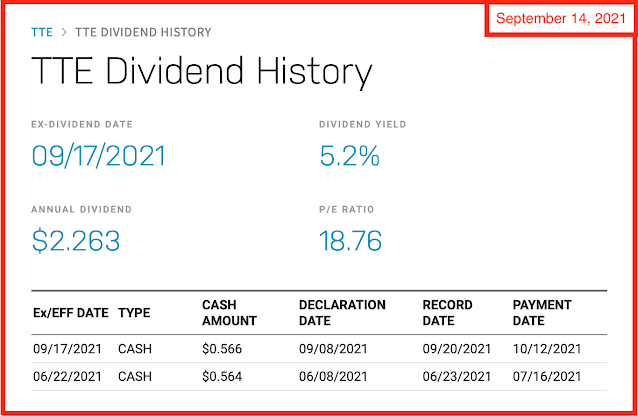