There is a most interesting phenomenon on Twitter right now -- someone is tweeting multiple times daily regarding Tesla.

Two most interesting tweets in the past hour or so: 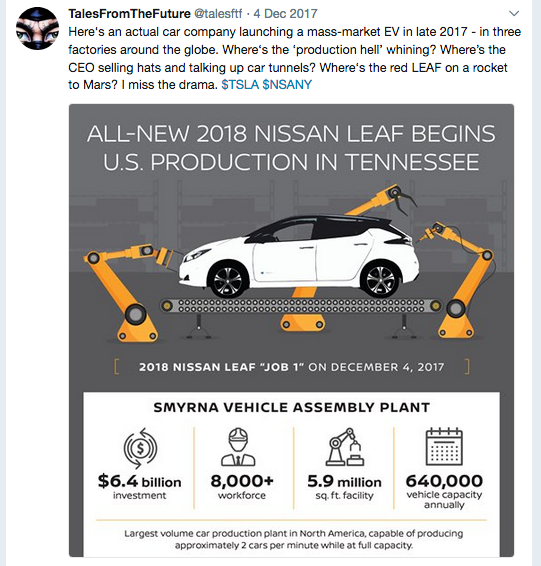 Sent to me by a reader a few days ago: 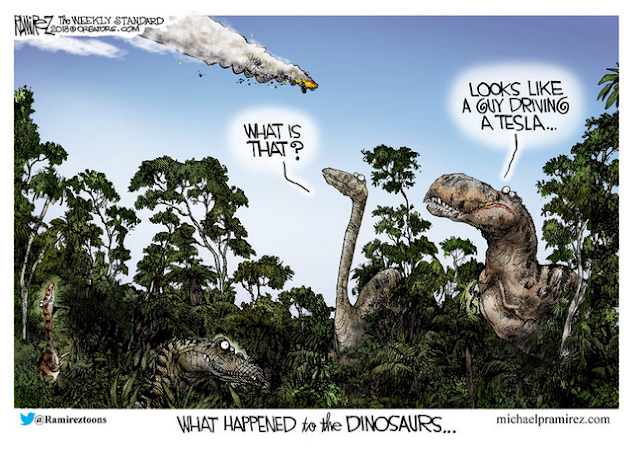 Now look how often the US exceeds 10 million b/d of gasoline production: 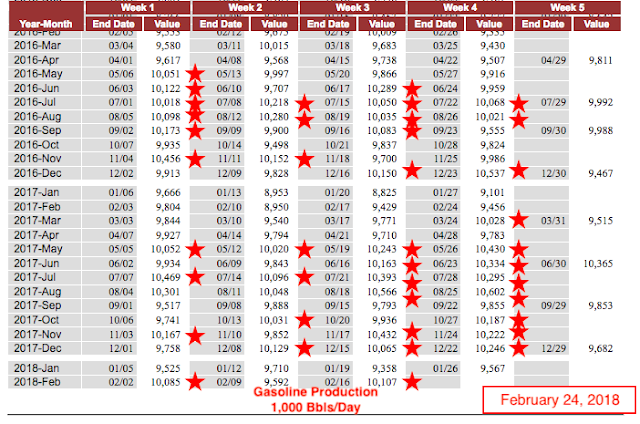 Days of crude oil supply is trending in the correct direction for those looking for re-balancing, but I think it's too early to say a) if the trend will continue; and, b) if it continues, how quickly it will return to 24 days of supply (which is still greater than the 18 - 20 days one might like to see. 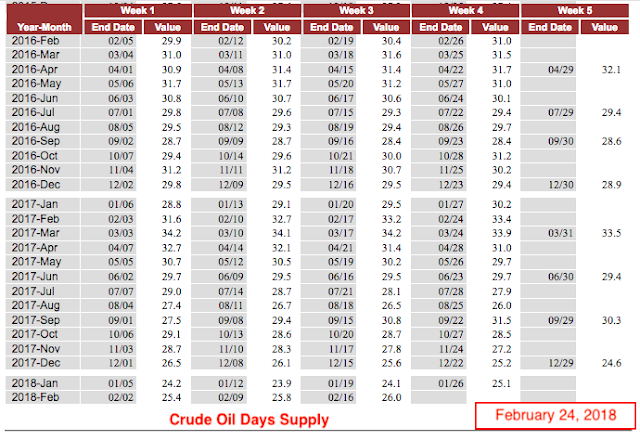 Overnight I spent a lot of time -- at least fifteen minutes, LOL -- looking at various issues regarding EVs. Below the graphic I have a very small sample of the articles I read.

Based on that "research," this is my 30-second elevator speech, with regard to EVs in the US:
Likely phase-out dates for federal EV credits, from Inside EVs -- link below the graphic:

Further reading:
The "phaseout": no one talks about the timing of the credit expiry date/phaseout which might explain some of Tesla's erratic delivery numbers. From the linked InsideEV article above:


Each independent automaker’s eligible plug-in vehicles receive a federal credit (up to $7,500) federal credit – until the 200,000th plug-in is registered inside the US, when a countdown for phaseout of the credit begins.

At the time of the 200,000th sales, and so as not to disrupt/confuse those buying the EVs, that full $7,500 credit continues through the end of the current quarter and to the completion of the next quarter.  After this period ends the “phase-out” begins, meaning the credit is reduced to $3,750 for the next 6 months, then to $1,875 for the next 6 months before expiring completely.

During any part of the phase-out process (between sale #200,000 and the calendar expiry date), the OEM is free to BUILD AND SELL AS MANY EVS as they can/want, receiving the applicable incentive amount.

Question: "at the time of the 200,000th sale...." Does a thousand-dollar deposit constitute a sale? If so, one could argue that a million orders/deposits during the six-month phaseout could count as sales (remember -- one can get batch VINs from the government even if cars have not yet been built). If one has a receipt for a "sale" would that be enough for the IRS/credit? Obviously the IRS is not going to go out to your house to check to see if you have a Tesla in your garage.

Playing devil's advocate, if I have a VIN and a receipt that shows I've bought the car, that should be enough for the credit. Most folks never pay cash for an automobile; they may make a downpayment but after that, the bank or credit union "owns" the car. Tesla could certainly argue they have sold a car, but while waiting for delivery, the buyer has an interest free loan which is not "triggered" until the buyer actually takes possession of the car.

For those tracking the Shaden, last reported position: 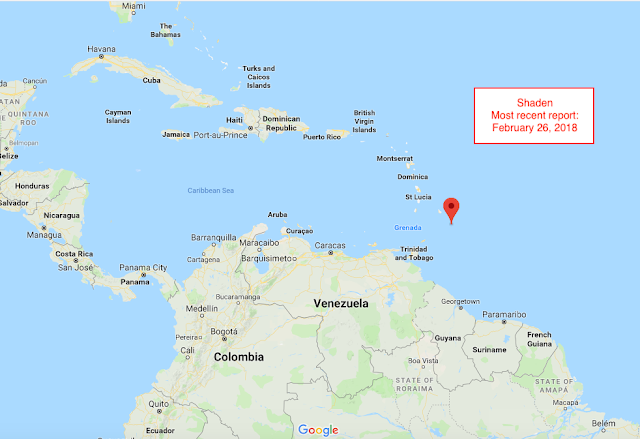 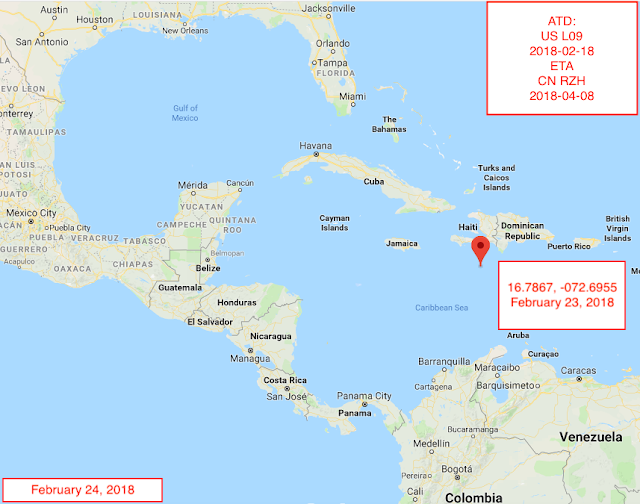 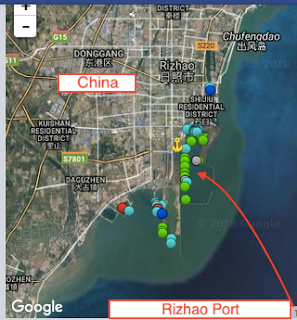 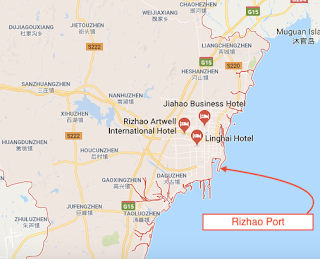 Millennials: the ten US cities where millennials want to live -- in reverse order, #10 to number 1 --

Most surprising: not one California city listed -- no San Francisco, no Newport Beach, no Malibu, no San Diego. Other states that did not make the list that surprised me: Massachusetts (Boston); Connecticut; Idaho; Montana; North Carolina; Georgia (Atlanta); DC (Washington).

I couldn't understand how San Antonio made the list, but when you look at how the list was derived it makes sense. From the article:


New data from the Brookings Institution's Metropolitan Policy Program reveals the 10 US metropolitan areas whose populations of millennials — defined as people born between 1981 and 1997 — have increased the most from 2010 to 2015. For the 10 cities on the list, we've calculated the approximate number of millennials living there using millennial population percentages provided by Brookings, as well as U.S. Census data on the population of each metro area from 2015.

There are clear winners, with Texas and Florida each being represented by three of the cities in the top 10.

Colorado Springs and Austin make sense, I suppose. I don't know enough about Florida to comment. I wonder if "aging in place in gentrifying neighborhoods" might explain why New England did not make the list.

I find it interesting that two Colorado cities made the list, and not only that, they took the gold and bronze spots.

This may be a better analysis, although not limited to millennials. From Mark Perry over at Carpe Diem: 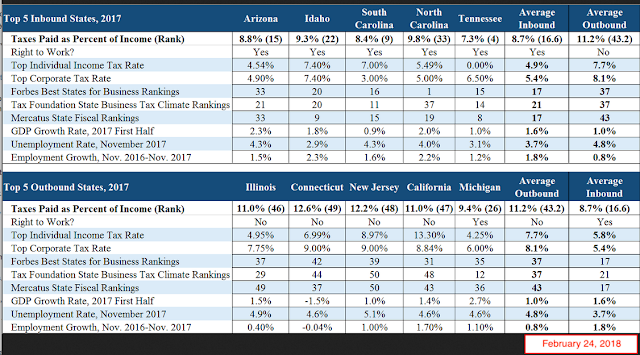 We noted this was going to happen earlier this week. From iceagenow:

The snow warnings for Monday and Tuesday cover London and the south east, parts of the Midlands and most of eastern Britain.

Some areas could see five to 10 cm of snow, other areas may experience much lighter flurries.

Minimum temperatures next week are forecast between -5C to -8C. However, according to Met Office meteorologist Martin Bowles, “The feels-like temperature will be 5C lower than what we see on the thermometer because of a strong easterly wind chill.”
“We haven’t had temperatures that low in late February since 2013. It’s not unheard of. There are records that are lower than that. “But it is quite unusual, particularly as it’s quite late in the season.”

This "cold snap" is forecast to extend unto the continent as far south as Italy.

I forget which year it was, but back in 2011 - 2013, England experienced an energy crisis; the country came within 24 (maybe 48 hours) of literally running out of heating fuel, natural gas, and coal. It was a "miracle" that the weather "turned" in the nick of time.

When I first heard that President Trump wanted a military parade I was aghast. That seemed to be the most stupid idea I had ever heard. But now that I know more of the details, I am absolutely, positively excited about the idea. This is going to be a big, big deal. Peggy Noonan, February 8, 2018, had an op-ed in The Wall Street Journal. I saw the headline; did not read the article. If the headline reflected Noonan's thoughts, she's wrong again. We'll let the facts speak for themselves come November. 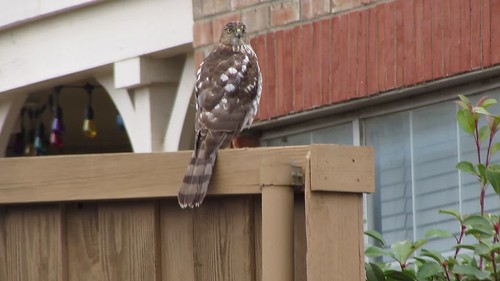 Don identified this hawk for me; greatly appreciated: a northern goshawk. I have never seen a mouse a rat, or a stray cat in this apartment complex.
Posted by Bruce Oksol at 1:17 PM No comments:

Wow, lots to talk about, much to catch up on.

List of things to do today for the blog.

From a reader overnight: Arizona (and Texas too) looking better by the minute: this pdf will load: 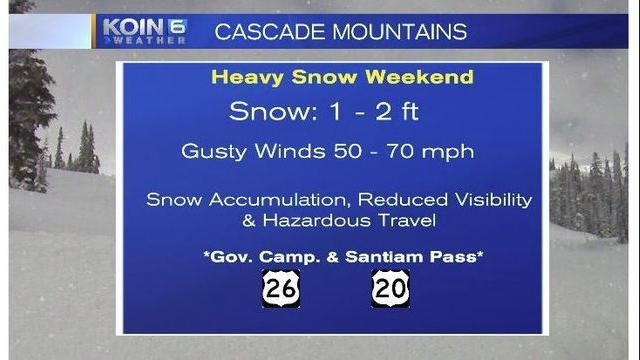 Sorry for the delay in posting. Also, I deleted that original post since it was no longer applicable (about me being off the net for family commitments).

Our two older granddaughters and their dad flew to Colorado last night to go skiing this weekend; they will love the weather report. Thank you.

Link the global warming story in Europe this week.

EVs, tax credits, and all that jazz.

Finish updating the NDIC hearing dockets for March and April, 2018.

Link a short throwaway on the "basics of crude oil classification."

Take a look at US gasoline demand.

Take a look at this post again, now that more time has passed. US vehicle miles driven in 2017 have been posted; an increase of 0.7% year-over-year. Updated here.

Comment on that military parade. Again, Peggy Noonan was wrong. As are all the rest.

Past top ten cities where millennials want to live. #1 and #2 will really, really surprise you. At least I was surprised.

Correct a gazillion typos on the blog. Again, a huge thanks to readers for not sending e-mail every time you spot a typo. My in-box would be overflowing.

What we will be talking about next week.

Watch Sophia at gymnastics and swimming class this morning. 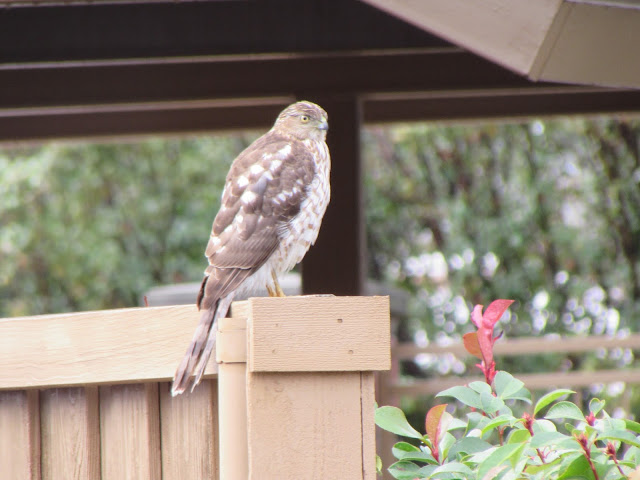 Don identified this hawk for me; greatly appreciated: a northern goshawk. I have never seen a mouse a rat, or a stray cat in this apartment complex.
Posted by Bruce Oksol at 9:11 AM No comments: