Auto sales were down, perhaps mostly due to supply constraints.

Sales of new vehicles in the U.S. fell 14.6% last year, but a second-half rebound from a coronavirus-related plunge in the spring kindled optimism for a recovery later this year.

Automakers on Tuesday [January 5, 2020] reported selling 14.57 million new vehicles for the year, a far cry from the five previous years with sales over 17 million. But the 2020 performance was better than most forecasters had expected when the pandemic forced auto factories and many dealerships to shut down in April and May.

General Motors Chief Economist Elaine Buckberg said she expects sales to recover in the spring. With warmer weather and widening novel coronavirus vaccinations, life should return more toward normal, lifting the job market and auto demand, she said in a statement.

Other wells on this pad:

Chinese flu watch: the "brown" map -- starting to get dark and darker in certain areas of the country. North Dakota, practically the color of my skin: white. In other words, almost no new Covid-19 cases. Link here: 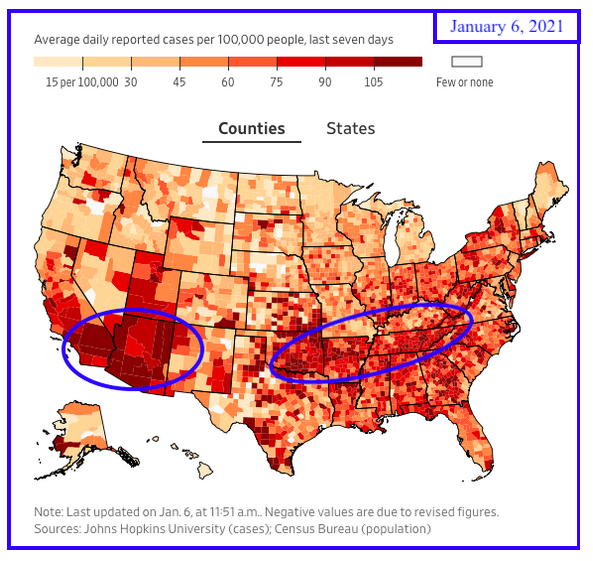 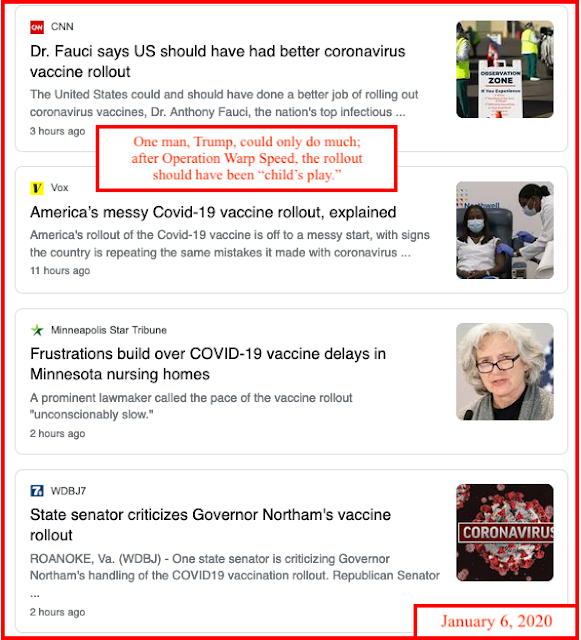 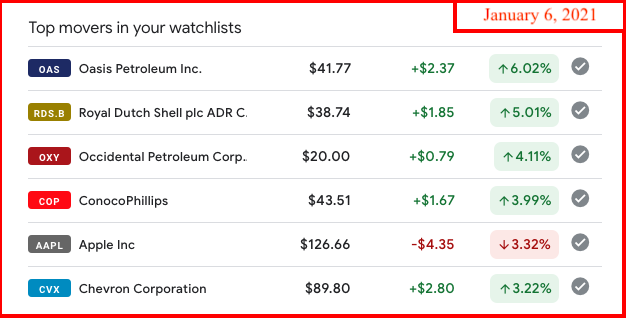 The report is here.

Today's daily report was filled with corrections of past reports. Inexcusable.

Notes From All Over -- "Biden Is Starting To Look Like The Last Statesman Standing" Edition -- January 6, 2021

Statesman: After Ted Cruz's "action" today, many can argue that Joe Biden -- love him or hate him -- is looking like the last statesman standing. Schumer and Pelosi could not have choreographed the GOP response any better. Give Ted Cruz enough rope and he'll .... this one is owned by Ted Cruz.

For the archives, it's all over: 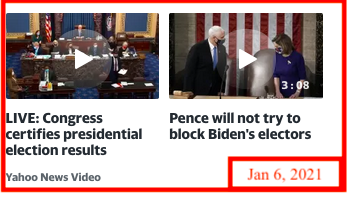 For the archives: It looks this may be accurate but not because of the Dems but because of Ted Cruz.

Who would have thought? For the archives: all four major indices were surging and setting new intra-day highs until Ted Cruz's supporters stormed the capital / capitol. 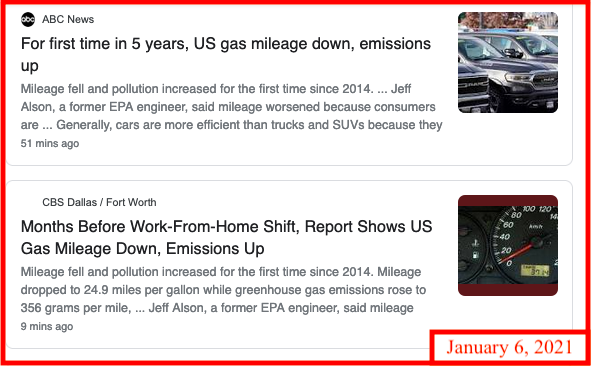 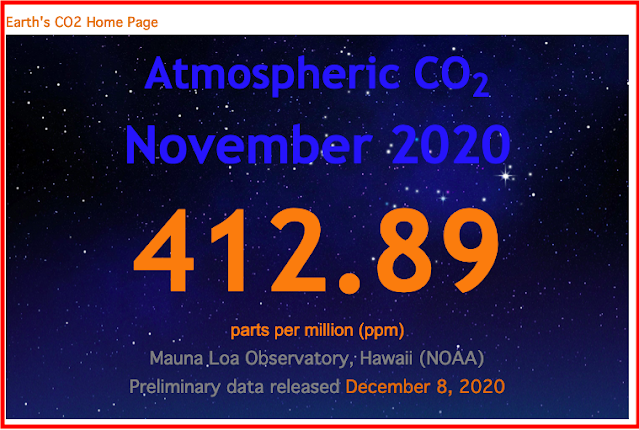 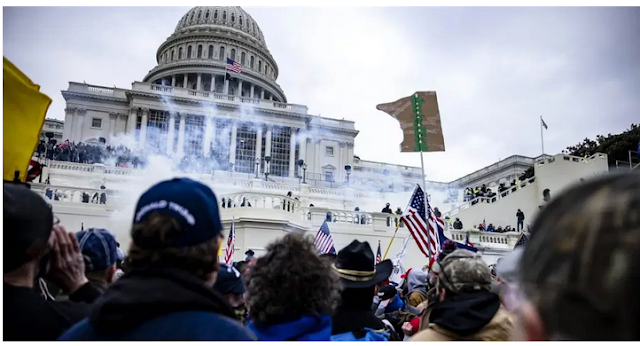 Posted by Bruce Oksol at 4:42 PM No comments:

A red-hot trend in the car industry is for new entrants such as Fisker Inc. to hand over the complicated and capital-intensive work of engineering and building vehicles to a contract manufacturer. Increasingly, cars are judged on their software and electronics so why bother wasting time and money on metal bashing?

If Apple Inc. is indeed seriously considering launching its own vehicle, as press reports suggest, then it will almost certainly decide to outsource, as it does with the iPhone. Apple designs the phone and its operating system but employs Foxconn to assemble components into a handset.

There’s at least one big contract manufacturer ready to take advantage of these seismic industry changes: Canada’s Magna International Inc. “If Apple is serious about building a car … Magna Steyr should build it,” says Evercore ISI analyst Chris McNally. Even if Apple doesn’t come knocking, the manufacturer is already advising tech groups and start-ups looking to enter the automotive business, and investors have taken notice. Magna’s share price has almost trebled since March, giving it a $21 billion market value.

Magna is one of the world’s biggest car-parts suppliers ....

The contract-manufacturing subsidiary, Magna Steyr, is the really interesting piece. It builds niche premium vehicles at a factory in Graz, Austria, including the Mercedes G-Class 4x4, the electric Jaguar I-Pace and the BMW Z4 sportscar. Typically those companies choose to outsource the work, rather than retool or build a new production line, because the sales volumes are relatively small.

In 2019 Magna assembled almost 160,000 vehicles – more than many carmakers produce — and generated $6.7 billion of revenue from these activities. Together with joint venture partner Beijing Automotive Group Co. (BAIC) it recently added another facility in China, which is capable of producing 180,000 vehicles yearly. A north American plant might be next.

You can see why new entrants may chose to work with a neutral party like Magna rather than partnering and sharing plans with an existing carmaker that might be a potential rival. As well as providing production capacity, Magna says it can handle the entire vehicle development process. The company was hired to turn chemicals billionaire Jim Ratcliffe’s Grenadier 4x4 into reality.

Still, Magna’s shares look less dauntingly overvalued than many companies with one foot in the electric-vehicle future. Even after its blistering recent run, the stock is priced at less than 12 times forward earnings.

Pop quiz: what do you think Apple and Magna Steyr are up to? I will provide my opinions at a later date, if I remember, but the article above holds a huge clue, especially if you like connecting dots like I do.

Mileage Down, Emissions Up -- And This Was Before "Work-From-Home" Became A Thing -- Americans Buying More Trucks, More SUVs -- January 6, 2021 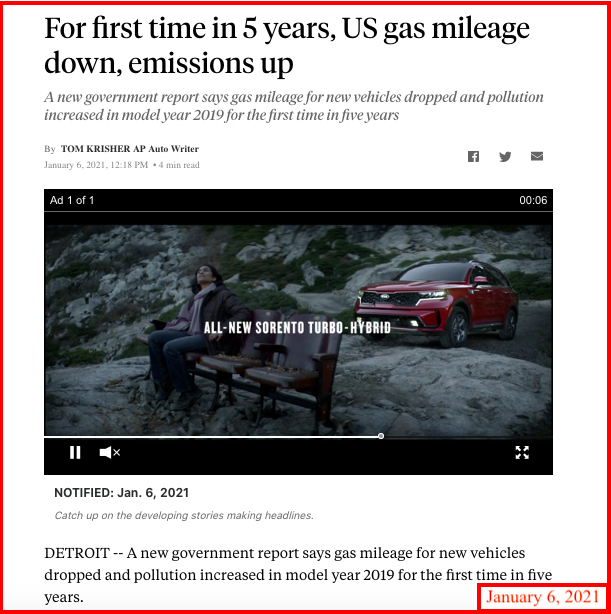 In this drilling unit, and at least one overlapping drilling unit to include section line wells, these are the wells drilling from the north and going south:

And there are __ wells drilling to the north from the south: 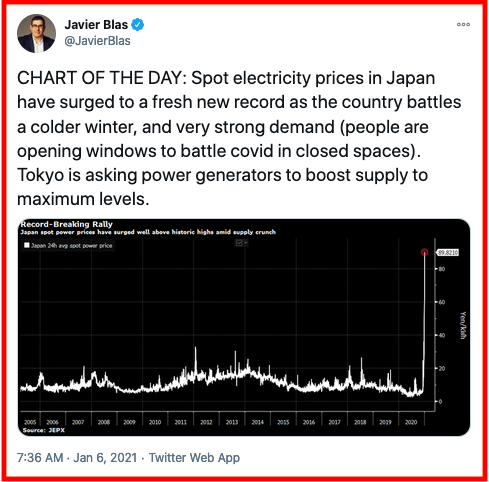 By the way: China is freezing, too.

For the archives: all four major indices were surging and setting new intra-day highs until Ted Cruz's supporters stormed the capital / capitol. To say I'm upset is putting it mildly. 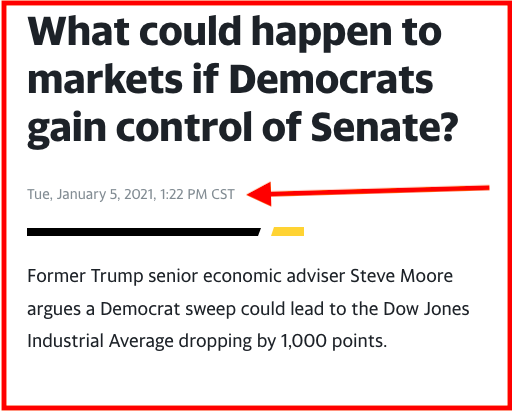 Officially the Santa Claus rally ended yesterday, but it looks like we may need to extend this year's dates for the SCR by a few days. The SCR is tracked here.

Dividends are tracked here.
Posted by Bruce Oksol at 9:52 AM No comments:

Most Under-Reported Story This Past Week? Amazon Air -- January 6, 2021

I don't directly own any shares in Amazon. Amazon is down 1% in early trading. It was down almost 2% pre-market.

Amazon absolutely fascinates me as a company -- I'm not interested in it as an investment one way or the other. This is simply about the company. The same as my feelings about Apple, although I do invest in the latter.

This is the first time Amazon has actually bought aircraft; previously all Amazon aircraft were leased.

Let's repeat that: this is the first time Amazon has actually bought aircraft; previously all Amazon aircraft were leased.

From The Motley Foot:

February is the coldest, windiest month of the year in the Bakken.

CLR down to one rig, but MRO hangs in there with three: 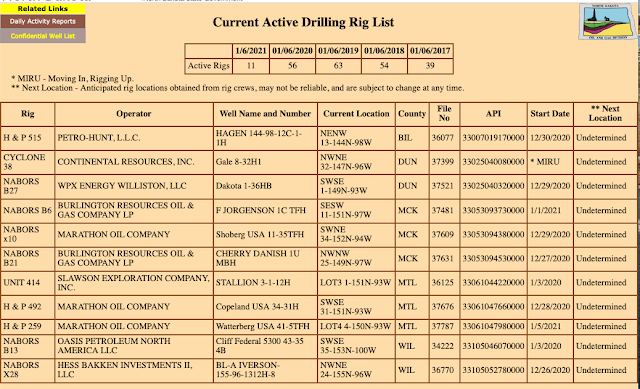 No wells coming off the confidential list, but rest of week looks relatively good.

Canada’s natural gas market has been a source of tremendous interest to us at RBN. Last year, demand for gas in Alberta’s oil sands sector plummeted, inventories experienced record highs, yet prices remained remarkably healthy. But how can we know all that? From a data perspective, Canada’s natural gas landscape can be confusing and frustrating. Different units of measure and currencies, limited or no data coverage for important fundamental components, and numerous statistical agencies that organize and report the data in different ways just create further complications. But this data still needs to be tracked given the impact that Canadian gas production, demand, and storage levels can have on the U.S. market — and vice versa. Having all that vital Canadian gas data in one convenient package, along with some great analysis, sure would make life easier. Today, we discuss recent developments on the Canadian gas data front and why Canadian NATGAS Billboard would be a worthy addition to your analytic needs. Warning! Today’s blog is a blatant advertorial for an RBN product.

In terms of the data they provide, it seems that Canada and the U.S. are never quite on the same page when it comes to their separate, but highly integrated natural gas markets. Both have similar regulatory and statistical agencies that pump out natural gas data, but the amount and detail of data coverage can be very different, depending on which side of the border you are considering.