According to the WSJ, Iraq now joins Syria and Yemen as failed states. It gets worse. The Telegraph is reporting:

The jihadist group claimed it broke in but the Iraqi army said the site, which has been the scene of fierce battles since IS swept across the region last year, remained under its control. "Today Daesh (an Arab acronym for IS) launched an attack against the Baiji oil refinery," said a major general from Salaheddin province, in which Baiji is located.

He described the attack on the refinery, which lies around 200 kilometres (120 miles) north of Baghdad, as "the fiercest since we broke the siege a few months ago."

However this plays out, imagine the reaction when ISIS attacks a Saudi oil field. 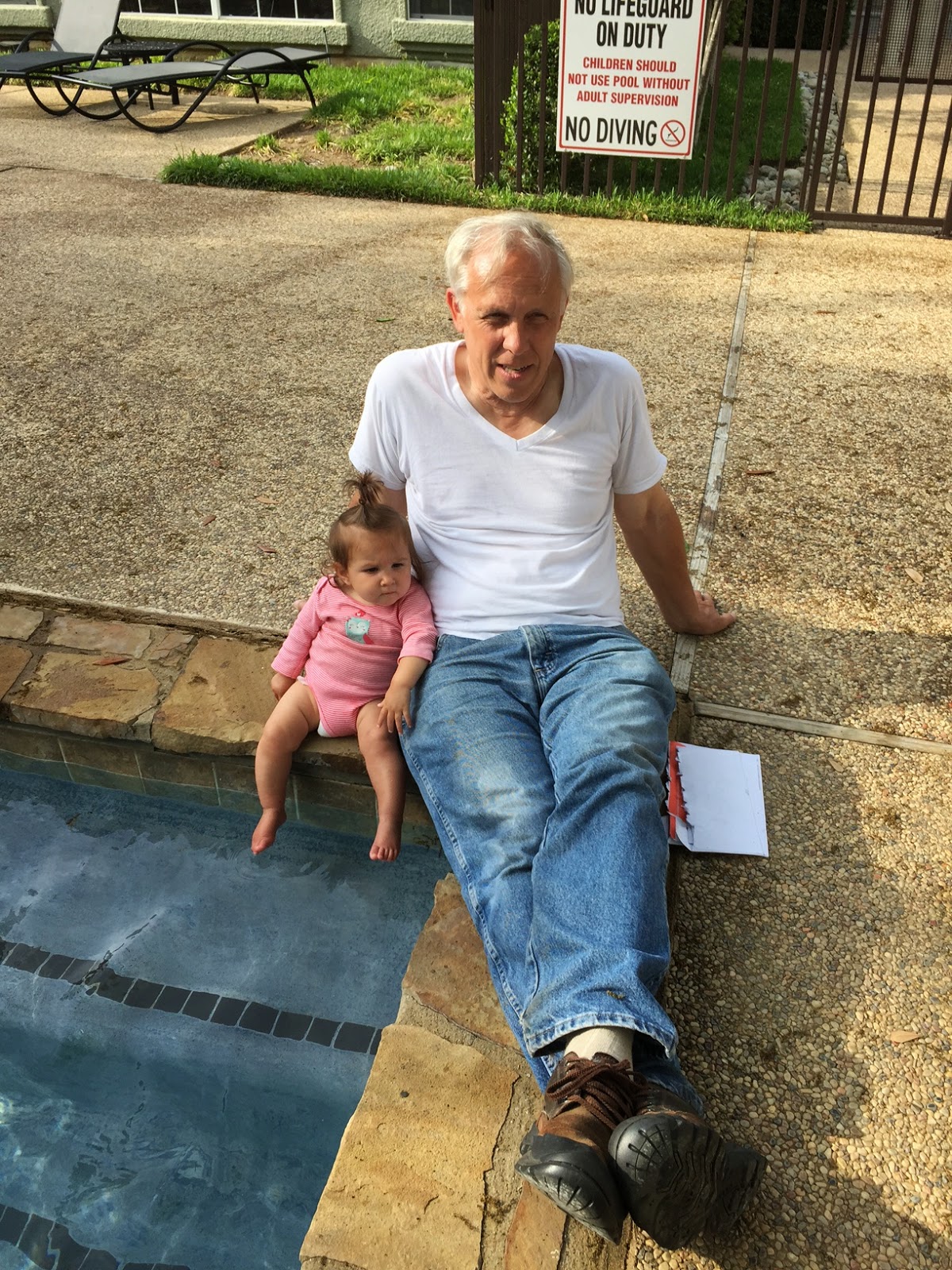 Posted by Bruce Oksol at 6:33 PM No comments:

Wells Coming Off The Confidential List Over The Weekend, Monday -- April 12, 2015

This is nothing new to those following the US oil and gas industry. 24/7 Wall Street is reporting:

As many as 1,400 of those wells are located in the Eagle Ford shale play in south Texas.

In February EOG Resources Inc said it would delay a significant number of well completions and plans to close out 2015 with 285 uncompleted wells, up from 200 at the end of 2014.

I don't think there's anything new in this article that regular readers are not away of, but it has a number of interesting data points.

From this weekend's edition of the WSJ:


Saudi Arabia is struggling to maintain its share of the global oil market in a contest that pits the world’s largest crude exporter against traditional allies in the U.S. and Persian Gulf.

The Saudi kingdom’s oil exports declined 5.7% in 2014 compared with 2013. Oil shipments to its fastest-expanding customer, China, reached their lowest levels since 2011 in the first two months of 2015, according to the China General Customs Administration. And its U.S. sales nearly halved in January compared with a year earlier, according to the U.S. Energy Information Administration. China and the U.S. are Saudi Arabia’s biggest importers, with 10% and 8%, respectively, of the kingdom’s production.

The assumption: Saudi Arabia, with its vast reserves of inexpensive-to-produce crude, would be well-positioned to maintain market share and even get new customers after Brent crude-oil prices fell below $50 a barrel early this year from highs of $115 in 2014. On Friday, Brent crude settled at $57.87, up 2.3% on the day.

Instead, the kingdom has been forced into a fight with OPEC members, cutting its selling price to Asian customers six times in nine months. But Russia and Saudi Arabia’s Persian Gulf allies have outmaneuvered it, cutting better deals with Chinese, Indian and European refineries, industry analysts said. Kuwait, for instance, boosted its exports by signing a 10-year supply deal last year with China’s largest refiner, China Petroleum & Chemical Corp., known as Sinopec.

The competition could intensify as Persian Gulf countries like Kuwait and the U.A.E. move to boost production to keep market share as global energy demand is expected to rise in the next decade.

Saudi Arabia’s share of total world output of crude oil fell slightly in 2014 compared with 2013, from 10.3% to 10.2%, according to the International Energy Agency, a Paris watchdog.

Much, more at the link.

A reader recommended the DVD Muscle Shoals. I ordered it from Amazon a few days ago; the US Postal Service delivered it today -- on a Sunday. It is an incredibly good documentary. I did not know about Muscle Shoals; makes me wonder how I could miss something so big. "Everybody" recorded here, including the Rolling Stones, Aretha Franklin, Linda Ronstadt, Bob Dylan (his first grammy), Lynyrd Skynyrd, Alabama, and the list goes on and on.

A huge "thank you" the reader for the recommendation.
Posted by Bruce Oksol at 2:01 PM No comments:

Over the years it's been interesting to see how various news outlets spin a story, something I did not pay attention to until I started blogging.

This is how different news outlets would report this story:


The Williston Herald: would ignore the story entirely; a man-camp? The city has been there, done that, and is now looking at a $500 million shopping hub to be built by a Swiss company; and then the newspaper would get back to sports.

The Atlantic Monthly: what happened to Poppers' proposal for converting North Dakota to a buffalo commons?

The Dickinson Press: OMG! It's another man-camp proposal!

In case the link to the story breaks:


While the man camps in the Oil Patch are just 330 miles west of Grand Forks, they seem like part of a different world to many people in eastern North Dakota.

But with 2,000 workers expected in Grand Forks for construction on the planned $1.85 billion Northern Plains Nitrogen fertilizer plant, the need for some sort of temporary labor housing — commonly called man camps or crew camps — in Grand Forks is likely, city officials say.

Feland and a city planner said any man camp in Grand Forks would be different from what is in the Oil Patch in the sense that it will be more limited and more temporary.

“It’s not going to look like what you see out west,” Deputy City Planner Ryan Brooks said.

But University of North Dakota researchers studying man camps said they expect to see many similarities between a crew camp in Grand Forks and those in Williston and other western North Dakota towns.

“It won’t be different in the sense that every type of workforce housing that exists in the world exists in Williston,” said Bill Caraher, history professor at UND and part of the North Dakota Man Camp Project, which has researched man camps in the state for about three years. Any type of man camp that may end up in Grand Forks is already in the Oil Patch, he said.

That's the best line in the entire article:  “It won’t be different in the sense that every type of workforce housing that exists in the world exists in Williston."

The Bakken was (and still is) a great laboratory for the oil and gas industry.

George Friedman, in Barron's, p. 7: "Netanyahu, and by extension, Israel, have lost much credibility ... for a decade or more, Netanyahu has engaged in his Chicken Little art of insisting that Iran is just a year or two away from developing a bomb. Yet, the doomsday never comes.

From Barron's, p. M1: The Federal Reserve Bank of Atlanta has created GDPNow, an online forecast of its US GDP estimates prior to release.

It's an automated real-growth estimate, updated in real time, that tracks 13 components of GDP growth  as they're reported. The project goes back only to the second half of 2011, but in seven quarters from late 2011 to early 2014, its accuracy beat flesh-and-blood economists 5 out of 7 times, with one loss and one tie. The model is especially good when the expected growth is less than 1%.