Wow! Are You Kidding! Will The Prince Get Away With Murder Again! Talk About Your Classic Bait And Switch; Hold On To Your Keffiyeh -- November 9, 2019

November 10, 2019: across the board, the Saudi Aramco IPO is being panned --
Saudi in deep trouble and no credibility, a laughingstock IPO, emperor with no clothes: 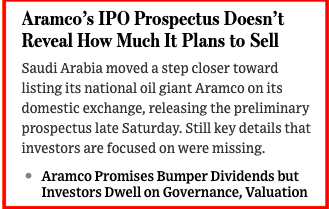 How many years did we hear about a Saudi Aramco IPO? Five years? Six years? I honestly don't recall but it has been many years.

And "how much" of Saudi Aramco was going to be made available to the public? 2%. Two percent.

Last week the Saudi Aramco IPO was finally launched. It was noted that the prospectus was coming out AFTER the IPO launched. Folks were buying into a "publicly traded company" without knowing what was being sold. A page from the Obamacare page book. "We need to pass the bill to find out what's in it"-- Nancy Pelosi.

The prospectus is yet to be released but the most important "data point" has been leaked.

"How much" of the company is being offered to investors?

Hold on to your keffiyeh.

Reuters is reporting that  Saudi Aramco is looking to sell up to 0.5% of the state oil giant to retail investors in its planned initial public offering (IPO).

The Dow eked out a very, very small gain yesterday, Friday, November 8, 2019, capping off a huge week for the market.

Long term goal: engraver for the US mint. 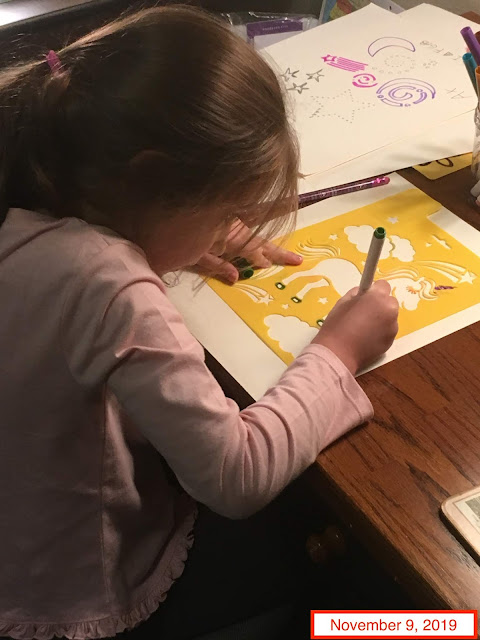 The full production profile for this well has been posted at this link. The well:
20658 in same drilling unit; on confidential list; no release date posted.
Two permits renewed, from November 5, 2019::
Producing well has just come off line:
Two TATD wells:
Deep Water Creek Bay: 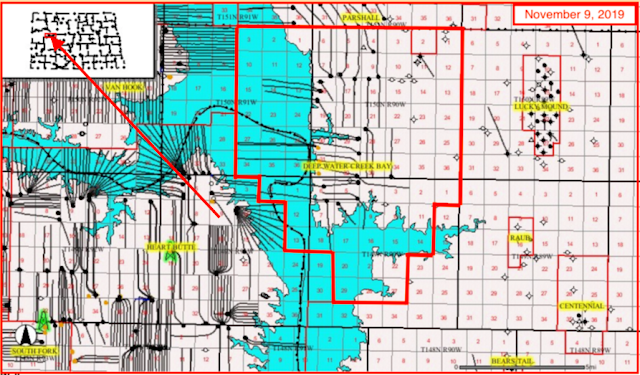 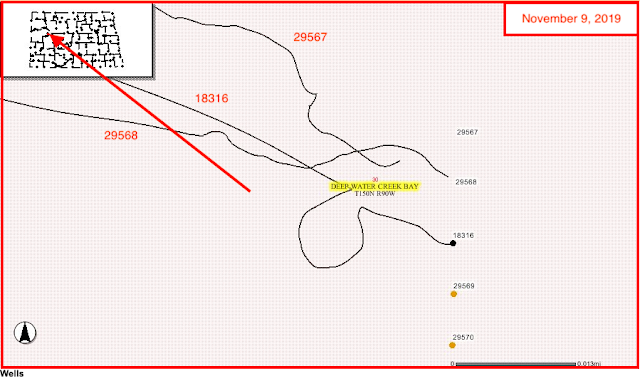 Based on location, not likely to be Bakken wells.
Posted by Bruce Oksol at 9:58 AM No comments:

Earlier this week based on weather forecasts I was expecting a most miserable Thursday and Friday. Thursday was a bit wet, a bit windy a bit cool, but nothing compared to what was predicted for Friday.

So, how bad was it yesterday, Friday? Absolutely gorgeous. One of the nicest autumn days we have had this fall. The forecast was that the weekend would be fine (actually, very, very nice) before another cold front moved in on Veterans Day.

Today: gorgeous, and it should continue to improve, if that's possible. I find it difficult to imagine it getting even better.

I'll get to Bakken updates later, but am relaxing for now. Coffee at McDonald's and then to watch Sophia at gymnastics and swimming lessons.

Good luck to all.
Posted by Bruce Oksol at 8:17 AM No comments: