No Blogging Until Saturday Evening -- Good Luck To All -- Bakken To Get Hit With Global Warming This Week -- March 2, 2018

Thank you for everyone's patience today. I did not post much and I only just got the daily activity report posted. Many family commitments today. Fridays are supposed to be my day off but they are becoming busier than expected.

Anyway, I'm tired. Not "sleepy tired," but mentally fatigued. I might take a few hours off from the blog to catch up on classic movies and some news.

I love TCM (Turner Classic Movies) but I do wish there were four commercial breaks during each movie. I would like to have scheduled breaks which would allow me to re-fresh my popcorn and diet cola. TCM has no commercials, and it actually drives me nuts. I also wish the presenter Ben Mankiewicz was given more time to talk more about the movies.

For now, don't expect much from the blog until tomorrow evening.

Forecasts suggest up to 16 inches of snow accumulation this next week in the Bakken. I honestly do not recall this much snow, except maybe when I was in first or second grade, falling in Williston between 1953 and 1969 when I was growing up in Williston.

Look at these forecasts: 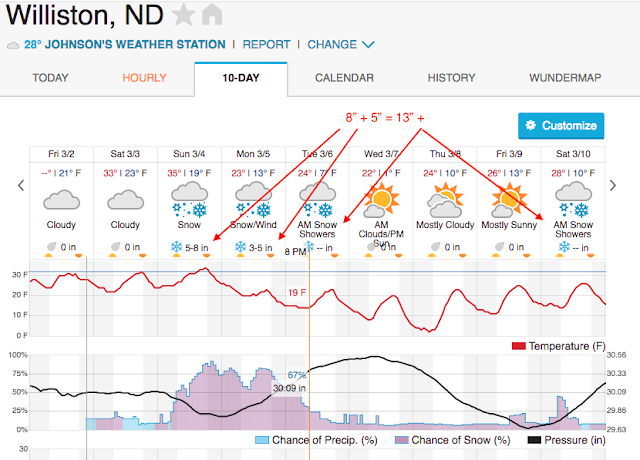 In the graphic below, the total accumulation is "modeled" to hit 15.9". In Canada, north of Williston, up to 24 inches or more. 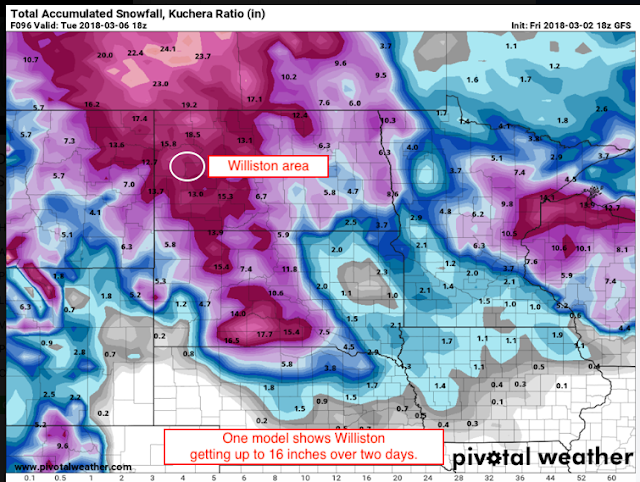 March 3, 2018: time to call it what it is -- a global trade war. US against the universe. Trump announces tariffs on steel and aluminum. At the original post, I suggest this is a warning shot for Canada and Mexico that Trump is serious about re-negotiating NAFTA. And here is is, over at CNBC: energy is the crown jewel of NAFTa; energy will bind them; even in a trade war:


The energy interests of the U.S., Mexico and Canada are so integrated, it would be in no one country's interests to undo them, industry experts say. The U.S. is both a buyer and seller of energy with both its southern and northern neighbors and has been for decades.

We'll see. I don't think anything's off the table.

Later, 2:07 p.m. Central Time: after posting the original post, a writer wrote to tell me his/her "beef" with tariffs --
Later, 2:05 p.m. Central Time: a reader tells me that a 10% hike on aluminum tariffs will increase the cost of a can of soda by 0.6 cent, again, six-tenths of one cent will be the added cost to an aluminum can -- and liberals have no trouble taxing that same can of Coca-Cola by 5, 10, or 15 cents because of its sugar content.

Right, wrong, or indifferent. And not ready for prime time. Regarding the steel and aluminum imports.

Posted by Bruce Oksol at 8:14 AM No comments:

The Penguins Are Back! -- March 2, 2018 -- So Much For All The Global Warming Hand-Wringing -- Look At The Huge Jump In Penguins

This is kind of interesting. The WSJ has a story on penguins today. It turns out The WSJ had an almost identical story on the same penguins four years ago. The Adélie penguins must be loving the weather or the climate change or the global warming. By the way, the Antarctic sea ice is at record levels. The Arctic, in terms of sea ice, is a drop in the bucket compared to the Antarctic sea ice.


On the Danger Islands of Antarctica, researchers have discovered one of the world’s largest colonies of Adélie penguins, harboring more than a million birds of a species long thought to be succumbing to changing weather patterns and dwindling food supplies.

The Adélies are dressed by nature in formal black and white. Their eyes are rimmed by distinctive white rings that resemble spectacles. And in recent decades, their fortunes have shifted with long-term changes in the annual ice conditions on which they depend, with eight or more colonies along the Antarctic Peninsula vanishing.

For that reason, the discovery of such a large new colony surprised some scientists.
On Friday, [researchers] published their formal count in the journal Scientific Reports: The remote rocky islands were home to a “super-colony” of 751,527 breeding pairs of Adélie penguins—the largest colony in the entire Antarctic Peninsula.

From the linked article of four years ago:


For the first time, researchers have counted all the world's Adélie penguins—a sprightly seabird considered a bellwether of climate change—and discovered that millions of them are thriving in and around Antarctica.

Rather than declining as feared due to warming temperatures that altered their habitats in some areas, the Adélie population generally is on the rise, the scientists said Thursday.

In all, they identified 251 penguin colonies and surveyed 41 of them for the first time, including 17 apparently new colonies.

Wildlife biologists pay close attention to Adélie penguins because their well-being is tied to annual sea ice conditions and temperature trends. They nest in groups on exposed rock but have to walk to the ice edge to feed in open water.

While annual sea ice in the Arctic has declined dramatically in recent years, the seasonal sea ice around the mainland of Antarctica has reached record levels. The 800-mile-long Antarctic Peninsula, which reaches above the Antarctic Circle toward South America, is relatively mild compared with the mainland. Temperatures there have risen about 2.8 degrees C in the past 50 years, records show. 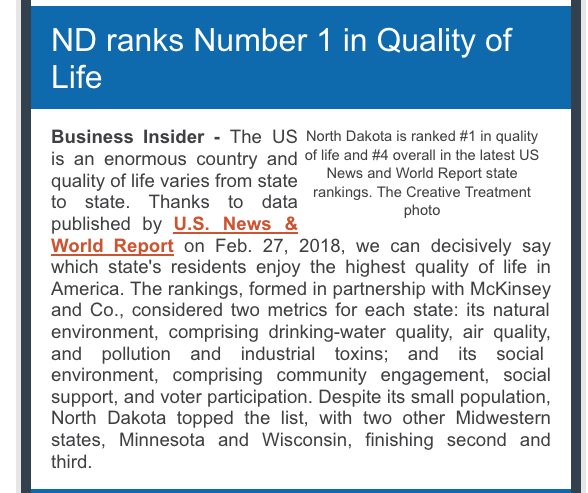 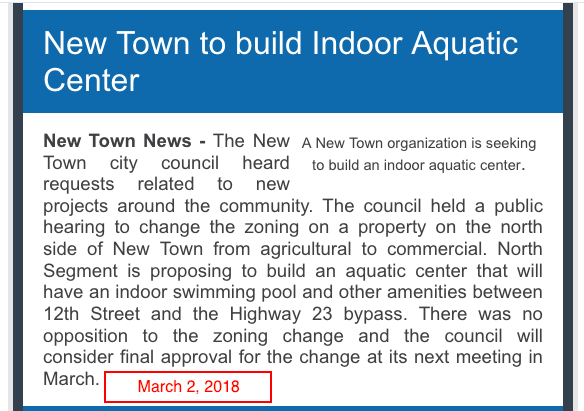 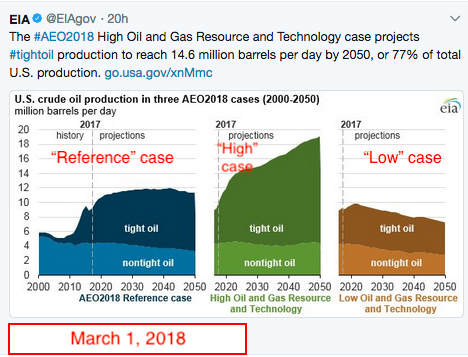