Random Update Of A Record-Breaking EOG Well In Antelope Oil Field -- May 18, 2019

Over at "featured posts" at the sidebar at the post, I posted this one.

It's my hunch that this well still holds the record. At the linked site:

The well -- note this is a short lateral, which has produced 610,000 bbls of crude oil since 2015 (less than four years) and 320-acre spacing (huge deal for mom-and-pop mineral owners):
Full production:

Despite the warmists telling us this is the warmest winter on record, it's still winter in North Dakota (and many other parts of the US).

Even here in north Texas, winter seems to linger. From earlier this month ...

... and we're getting a lot of rain today and it will be raining every day next week, until Friday (here in north Texas).

Meanwhile, back in North Dakota, today: 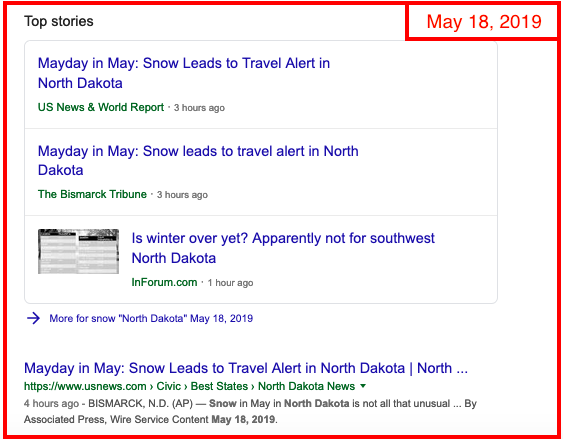 I'm sure there were many years when I was growing up in Williston when we had snow in May, but I don't remember any. 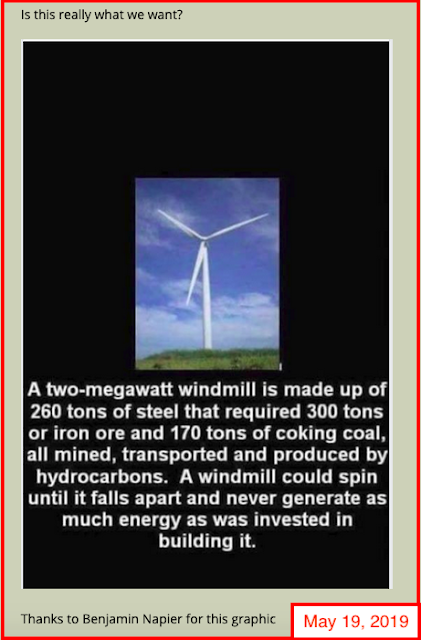 But it makes us feel good.

President Trump needs to read Nathaniel Philbrick's story of George Washington from the start of the Revolutionary War through the winter at Valley Forge, winter of 1777 - 1778.

Every once in awhile I come across a well that, based on a huge jump in crude oil production and produced water, the well just had to have been re-fracked even though neither the NDIC has a sundry form documenting a re-frack nor FracFocus has any record of a re-frack.

But some of the jumps in production are so great, it's hard to suggest that a re-frack was not responsible. In addition, increased production from neighboring wells near these wells under discussion also suggest there was a neighboring frack.

For newbies: when I see production greater than 20,000 bbls in a month, I assume it was recently fracked or very, very near a neighboring well that was just fracked.

For jumps in production from 1,000 bbls/month to 10,000 bbls/month, it's more likely due to "parent-well-uplift" and not due to a re-frack. A re-frack should get a better well than just 10,000 bbls/month (although that does happen, again, depending on the field [location]).
Posted by Bruce Oksol at 5:16 PM No comments:

Mexico, its president is starting to make Occasional-Cortex look like a financial wizard, link here:


Last week, Mexico scrapped plans to tender the construction of the refinery to foreign companies, saying that it would be Pemex that will oversee the project. According to López Obrador, the foreign firms won’t be able to meet the government deadline to have the project ready by 2022 and weren’t happy with the $8-billion price tag.

“The company has secured the financial, technical, human and material resources necessary to complete the project,” Pemex said in a statement last week. According to Pemex and López Obrador, the entire project will cost S$8.3 billion and will create 100,000 jobs. Construction is scheduled to begin on June 2 this year and is expected to conclude in May 2022.

Solar panels: the "great majority" of solar cells being produced at Tesla's factory in Buffalo, NY, are being shipped overseas. According to Reuters,


The exporting underscores the depth of Tesla’s troubles in the U.S. solar business, which the electric car maker entered in 2016 with its controversial $2.6 billion purchase of SolarCity.

The Mueller report and the five stages of grief. Apparently Mueller won't be testifying in May, probably not in June, perhaps never.
Posted by Bruce Oksol at 9:58 AM No comments: