In a long note like this, there will be factual and typographical errors. But this post is complete. No new items will be added.

NFL-free Sunday. I didn't watch much college football these last several years, not sure why. Maybe like wine, too many mediocre franchises. But one game I never would have missed would have been the USC (my alma mater) and Notre Dame game. But with my NFL-free Sundays, I have now added college-free Saturdays. That's why you are seeing more music videos on the blog. I've gone back to what I really like: music. I say all that because I just googled tonight's USC-Notre Dame game. Wow, wow, wow, USC was walloped. It's my understanding that USC was supposed to have a good team this year, and a great quarterback. In both polls, USC was ranked three to six spots ahead of Notre Dame. Final score: 49 - 14, Notre Dame wins.

College football students writing the stories for NCAA.com? Wow, look at the writing in the NCAA story summarizing this game:

The first typographical error, "game" for "came" was easily deciphered, but the second one took me several tries before I finally translated it. That full sentence inside the oval should read:


"The home team has now won each of the last five match-ups in the rivalry."

A reader suggests it was meant to be:


"The home town has now won each of the last five match-ups in the rivalry."

Boring Company. Is this the big prize Elon Musk is counting on? When one starts to connect the various dots and read the tea leaves this suggests a marriage made in heaven. The article is over at the LA Times, the 13.5 mile tunnel that pretty much makes or breaks the California bullet train. Data points:
Anyway: I expect to hear from Elon Musk and the Boring Company any day now. It fits everything:
Just plain nuts: the other day my wife was telling me Trump had put a travel ban on travelers coming out of Chad and was seeing if I knew why. I thought that was a trick question. I can't even begin to imagine why anyone in this country, or at least this household, would even care if the US placed a travel ban on travelers from Chad. Exactly how many folks might that affect anyway? Now I see where that conversation started. My wife's #1 news source is Rachel. Yes, it's going to be a long seven years.


An extended family member has decades of experience working for a company transferring North Dakota wheat from elevators in Oregon to ocean-going ships headed for Asia.

I did not know it but for years (maybe decades) his company has been doing the same thing -- but with different (?) agricultural products -- on the Mississippi River in Mississippi, during the "harvest season" which lasts about one to two months. He and his fellow workers from Oregon rotate 2-week tours to Mississippi during the harvest season. He flies from Portland, OR, to Memphis, TN, where he rents a car and travels to Cleveland, MS, about a 2.5 hour drive according to Google.

He says he really, really enjoys working with the young folks there who feel truly blessed to get seasonal jobs for $14/hour. They do not take those jobs for granted. They are some of the highest paying jobs they will ever see.

He is very, very upbeat when discussing his time in Mississippi but when I hear those stories, I count my blessings.

I know nothing more about what he does in Mississippi than what I wrote above, but a little internet sleuthing, I think, has provided the full story. A screen-shot of part of a PDF from one source: 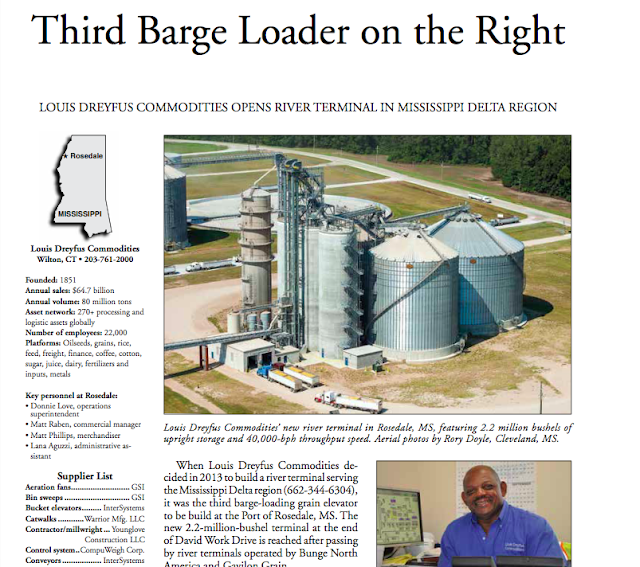 
Earlier in the month, I spent a few days in Portland, OR (the city I fly into where I rent a car to drive to Flathead Lake, MT). I always spend a few days in Portland on either side of the trip to Flathead Lake.
This time, as luck would have it, a farmer's market of sorts popped up in one of the neighborhoods. I did not get the name of the farm but it came from Hood River. They had about six varieties of pears and about six varieties of apples. My daughter was very familiar with the company; normally she and her husband drive to Hood River every autumn to buy their fruit, but was excited to stumble across this pop-up farmer's market. Apples and pears were sold in bulk -- pick, mix whatever one wanted, 75 cents/pound.

I had forgotten but on our trip back from Flathead Lake, we stopped for gasoline in Hood River,. It was well after dark but we noted a huge parking lot that was filled. We thought it might be related to Hood River kiteboarding but when we inquired, it was all about the autumn harvest, a two-day farmer's market. The individual who pumped our gasoline (another story for another time) told us that we had to come back some day and take the Hood River County Fruit Loop.

I was unaware that this area is the nation's largest pear-growing region. And wow, their pears are delicious. I was introduced to the "Gem", a new pear, previously identified as US 71655-014, that has been tested in Hood River, Oregon, for ten years (as of 2012) and was recently released.

The selection, known as 014 for short, came from a cross of Sheldon and selection US 62563-004. It is a European pear but can be consumed fresh at harvest. It has a crisp, juicy texture and sweet, but mild flavor more similar to an Asian pear than a European pear. Following cold storage and ripening at room temperature, however, the fruit ­softens to about three pounds firmness and develops typical pear flavors, though it is not a melting, dessert-type pear. It has a five- to six-month storage life under regular ­atmosphere storage.

The "Gem" was incredibly good. I would argue that it is the best pear I have ever tasted, and as noted, it is ready to eat at time of harvest. More on the "Gem" here. Its pedigree: 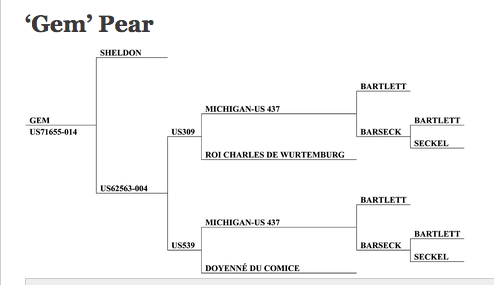 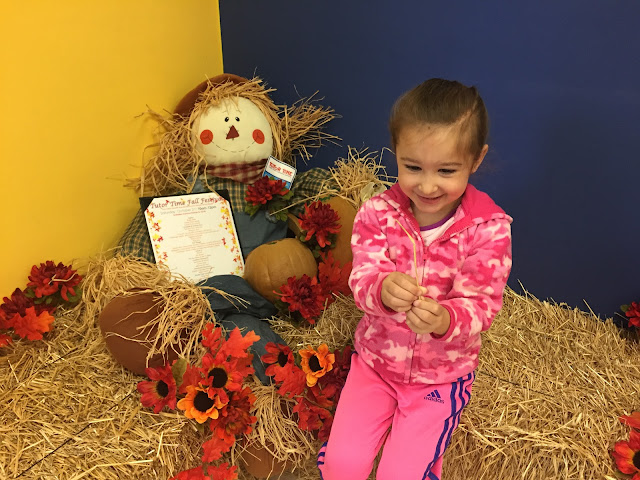 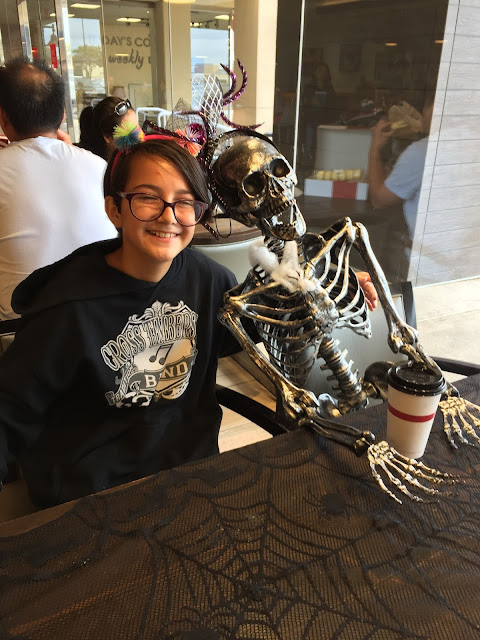 North Dakota state capitol circa 1948 (from Facebook, sent in by Don, thank you: 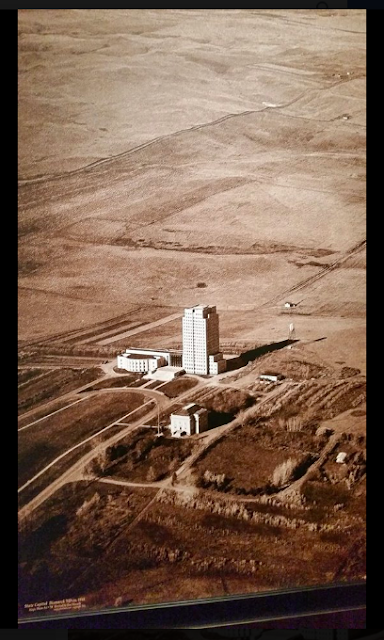 
NFL not the only "thing" Americans are boycotting: from showbiz411 --


It’s a bizarre season in Hollywood. Almost nothing is “working,” and the studios can’t afford to waste any more money hoping things will turn around. They’re pulling flops from theaters earlier than usual.

This weekend, for example, Warner Bros. is putting out a white flag on “Blade Runner” after three tough weeks.

They’ve cut the number of theaters showing Denis Villeneuve’s beautiful film by 855. So far, “Blade Runner” has made just $66 million.  Audiences have not clamored to it. And now, week by week, Warners will quietly take it away. [My own thoughts on Blade Runner 2049 are posted here.]

Warner’s isn’t alone. Universal is pulling Tom Cruise’s  “American Made” from 539 locations after a month in release. The Doug Liman directed thriller has made just $43 million. Good reviews haven’t helped push Cruise fans to theaters. One problem was lack of promotion since Cruise wasn’t available. Also, audiences may have just soured on him after “The Mummy” and other flops. With both studios, it wasn’t for lack of trying.

The biggest decease (de-crease, but pun intended here) is for the revived “Flatliners.” With just $16 million in the till, Sony would be better off paying people to see this turkey. They’re retreating from 1,433 theaters this weekend, leaving “Flatliners” to breathe on its own. It will be completely dead by Sunday.

Also just about dead is the much praised “Battle of the Sexes,” Fox Searchlight couldn’t get anyone to go see it despite great reviews and excellent marketing. I’m actually dumbfounded that it’s made just $11 million. FS is killing off 849 screens. Ouch! And “Battle” was supposed to yield some awards action.

Warner’s, meantime, is facing more trouble than the other studios. Their “Geostorm” is going to be a disaster this weekend.

Rumor: the only one standing in line in Nashville, TN, for this global-warming movie was Algore --


Four other new films are showing little traction among moviegoers. The most prominent is costly weather disaster drama “Geostorm,” which is heading for a financial disaster with an opening weekend of $13 million at 3,246 venues for Warner Bros. The studio — which had forecasted a finish in the $10 million to $12 million range — took the unusual step of not holding Thursday night previews, as it had not held screenings for critics.

US murder rate, ranking among cities: Chicago is not #1. St Louis, MO, has that distinction. Most recent data, 2015.