Can you spot the "typo"? 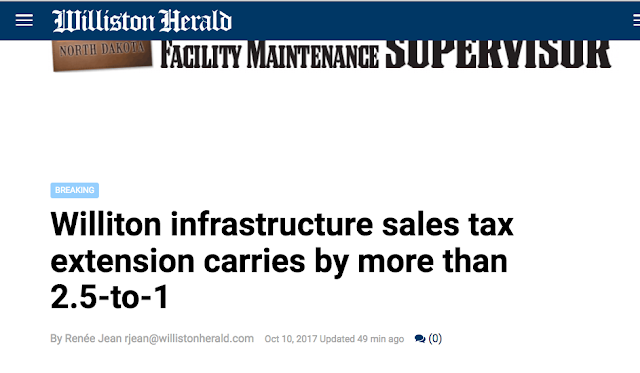 The 1-percent sales tax is one of several sales tax revenue streams that city officials point to when at the state legislature fighting for hub city funding.

“This is one of those cases where everyone pays a little bit,” Klug said, “and at the end of the day you reap a lot of rewards from it. It also goes back to when we are talking to the state. Our citizens have skin in the game.”

Williston’s 1 percent infrastructure tax helps improve neighborhood streets and replace outdated sewer and water mains, as well as to help new and existing business to start up or expand.

Seventy-five percent of the tax revenue is used for things like roads and water and sewer lines. 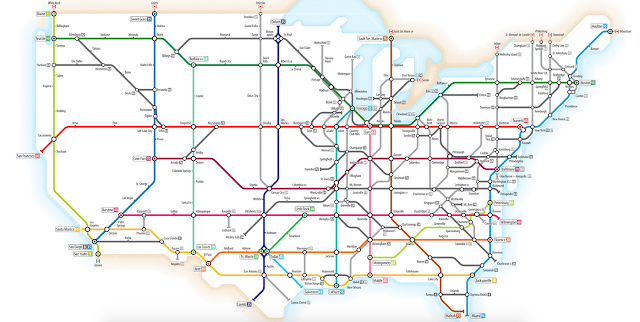 
Xcel Energy has proposed splitting its utility operations in North Dakota and Minnesota, telling regulators that widening policy differences between the two states over clean energy have caused stresses that might best be resolved through a breakup.

But a consultant for the North Dakota Public Service Commission is arguing against the separation, saying there would be "no long-term benefits" for North Dakota, only a "substantial likelihood" of higher costs for customers. [Which customers?]

Minneapolis-based Xcel Energy has long had a single subsidiary for its electrical and gas businesses in the two states, Northern States Power Company-Minnesota. Xcel says it's been a successful arrangement for nearly a century, but the policy priorities of the two states began to diverge almost two decades ago, and the best alternative may be a North Dakota subsidiary that wouldn't be subject to regulatory decisions by other states.
Xcel serves around 93,000 electric and 24,000 gas customers in the Fargo, Grand Forks and Minot areas of North Dakota, making it the largest utility in the state. But Xcel says its North Dakota customers consume only about 5 percent of the total load on its upper Midwest system, compared with 75 percent for Minnesota, 15 percent for Wisconsin, with South Dakota and Michigan making up the rest. Altogether, the five-state system serves over 1.6 million customers.

In response to Minnesota's push for cleaner energy, Xcel is phasing out two older coal-fired generators at its big Sherco power plant in Minnesota and has been investing heavily in wind, solar and biomass power. But that shift away from carbon fuels toward renewables comes with costs that Xcel has sought to pass along to customers, leading to pushback from regulators in North Dakota, a major oil, gas and coal producer.

The market. Wow, this market won't quit. All four major indices are up, which I assume means new records are being set. And WTI is up almost 3% on "talk."

OPEC begs US shale producers to cut production. Yes, that was the headline, "begs." The article actually said OPEC "called on" US shale producers to help OPEC; not sure if the word "begs/begs" was in the story. We talked about this before. Not sure if OPEC understands how "free markets" work. Scary to think Saudi Arabia will IPO an oil company if that's how they think free markets work. 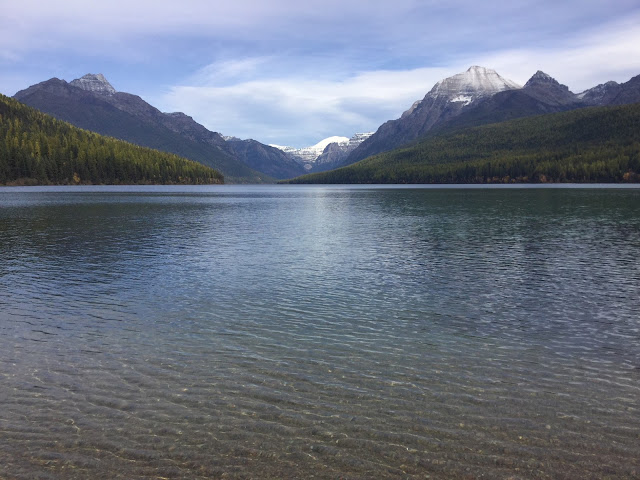 
Norway's Statoil reported disappointing outcomes from three oil and gas exploration wells on Monday, one in the Norwegian Arctic and two in the British North Sea, while a fourth well in British waters found only moderate quantities.

Statoil's failure to strike oil at Norway's Koigen Central capped a disappointing year for the firm in the Barents Sea, where four wells were dry or contained non-commercial volumes, and one found an oil discovery too small to develop on its own.

It was also a setback for the Norwegian government's ambitions to expand oil production in the Arctic as output from mature North Sea fields is set to decline from the mid-2020s.

In Britain, Statoil announced its Verbier well had proved 25-130 million barrels of oil (boe), its biggest find outside of Norway this year, while the Mariner Segment 9 found non-commercial volumes and a third well, Jock Scott, was dry.


We’ll now have to wait until November to see Tesla’s electric semi-trailer truck.
After first stating in June that the truck would be unveiled in September, CEO Elon Musk in September pushed back the reveal date to October.

Come October, and Musk has announced yet another delay, this time pushing the reveal date back to November 16.

In a Twitter post on Friday, Musk cited Model 3 production difficulties as well as relief efforts for energy supply to Puerto Rico and other storm-affected areas as the reasons for the latest delay.

Whining: from Bloomberg via Rigzone --


On the darkened bridge of the Chesapeake Trader, with radio chatter filling the air, three officers were easing the giant freighter into San Francisco Bay when an unexpected vessel suddenly appeared on the starboard side. They scrambled to avoid catastrophe.


The computerized simulation -- conducted in a landlocked office park outside Baltimore -- is part of a two-week course offered by the International Order of Masters, Mates & Pilots. The union facility was once packed with students working their way up the ranks, but attendance has plunged as the number of U.S.-flagged, oceangoing freighters has fallen from nearly 3,000 in 1960 to fewer than 170 today.

The decline has occurred despite the Jones Act, a law that requires goods moving between U.S. ports and territories to be carried on American-built vessels crewed by American officers and deckhands. That's energized opponents of the nearly 100-year-old law, who say the protectionist measure hasn't saved the fleet and should be curtailed or eliminated once and for all.


Crude-oil prices traded higher on Tuesday and were on pace to notch a second straight gain as Saudi Arabia said it would reduce its monthly crude exports next month as OPEC’s swing producer attempts to tackle a global glut of oil.


For the past three years, the price for U.S. WTI crude oil at Cushing has remained close to $50/bbl while natural gas at the Henry Hub has gravitated in a range around $3.00/MMbtu. It has been one of the most stable periods of energy prices in decades. But below the surface of stability at the major hubs, prices at the regional level have been wildly volatile, driving dramatic swings in geographic basis.

Alternating cycles of basis blowouts followed by basis collapses have become standard fare for U.S. oil, gas and NGLs as producers ramp up production, local prices get hammered due to capacity constraints, midstream companies respond by (over) building infrastructure, and regional price differentials implode due to overcapacity.

With more production growth and infrastructure on the way, these basis cycles will keep on coming.  In today’s blog we’ll consider a few of the market sectors particularly susceptible to basis volatility, and provide a subliminal advertorial for our upcoming School of Energy, where we explore both the underlying causes and the outlook for future basis cycles.

Sempra buys interest in Mexican pipeline for $520 million. From Zacks:


Mexico has been registering an increase in demand for natural gas, primarily due to its electricity and industrial sector. Per a report from FTI Consulting, Mexico’s natural gas demand will grow to 9.2 Bcf/d or 22% above 2015 levels by 2030 and imports will rise 53% to 5.4 Bcf/d.


Although frac' sand and fluids usage has increased, the additional costs are offset by better production. This continues to effect balancing world inventories, but not to the extent initially thought. While the Bakken is more transparent, plays in Texas and Oklahoma do not provide the quality of data.

The STACK/SCOOP in Oklahoma has emerged as one of the premier unconventional plays in the US. Newer well designs have improved economics significantly.

One example -- Olive June 1-27XH has outperformed in a significant manner. It was drilled and completed by Marathon (MRO) and produced more then 1.36 MMBOE in 10 months. Marathon used 19.6MM gallons of fluid and 29.2MM lbs of proppant.

The wells that interest me: 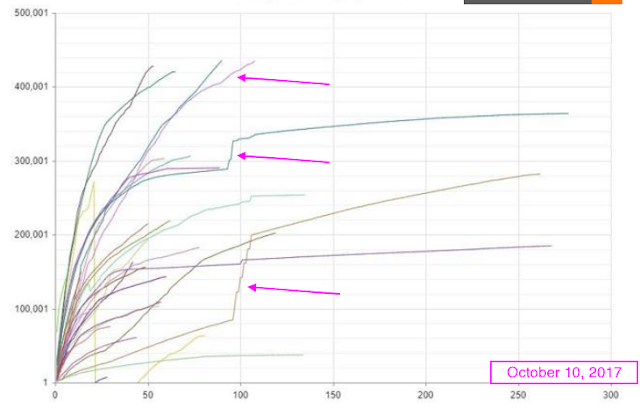