Boardings in the Bakken, January, 2020, passenger boardings commercial airports, across the entire state of North Dakota, up 12% over January, 2019:
Disclaimer: this is not an investment site.  Do not make any investment, financial, job, career, travel, or relationship decisions based on what you read here or think you may have read here.

The market: the Dow is not the market but it certainly seems ... we've discussed this before. Let's move on. The Dow was down about 300 points at its worst today but finished down about 160 points. Pretty amazing, considering.


We've leveled off at 6 to 7% worldwide, change in total, day-to-day, but change in daily was incredibly bad news. The change in daily, day-over-day, was a whopping 39%.

The biomedical statisticians should have fun with this.

One wonders if the Chinese going back to work has something to do with this. I would still like to see some analysis of the health status of the folks who died before they were infected with SARS-CoV-2.

NASCAR: still no "real" news regarding Ryan Newman, Daytona 500. NASCAR will look at this closely -- the events leading up to the accident, and the event that caused the accident -- but I'm not hopeful that any changes will be made. I might come back to this later.

Costs of renewable energy: back to Australia. The article is too complicated to review here. Elon Musk is salivating. He knows that Americans won't be able to figure this out -- but he will end up selling them a lot of batteries.

Cash-back: this credit card cash-back stuff is quite incredible. I just received my "cash-back distribution" from Costco today. And the annual distribution from USAA almost pays for car insurance for six months; in fact, I think it does and then some. Best of all: Amazon, of course. On top of that there are some incredible deals on Amazon. The other day I saw a hard-cover coffee-table book that was the cat's meow, as they say. At the local bookstore (not Barnes and Noble) it was selling for $50 and no discount. At Amazon, for some inexplicable reason, it was selling for $5.91. And it was being sold by Amazon, not a third party seller. It arrived yesterday (one-day free shipping), and brand-new, still in its shrink-wrap.

Bernard Kerik: one of those folks that President Trump pardoned / commuted today. Interesting, interesting story for the crime he was serving.

Zero Hedge: one of the first -- if not the first -- to report the possibility of a Chinese lab "producing" the coronavirus. After that revelation, Zero Hedge was banned from twitter. More and more stories now coming from other sources suggesting that it was entirely possible that a Wuhan lab was responsible. Tonight, it is being reported that US Senator Tom Cotton (R-Arkansas) is suggesting that that story should be seriously entertained.

Barr: now we got the Democrats defending Barr.

The Brits are simply brilliant.

I assume that, subconsciously, Sophia painting on the iPad brought me here tonight.
Posted by Bruce Oksol at 9:07 PM No comments:

It's laughable to see former President Obama arguing with President Trump about (the) origins of the incredibly good economy we now have. Three observations:
Things were so bad during the Obama administration, I had a whole section of the blog dedicated to "the doomsday chronicles," where state/city finances and city bankruptcies were discussed and linked."Doomsday chronicles" for the states were linked here.

Then, all of a sudden, those stories disappeared in 2017. Completely gone.

Over at ZeroHedge, we are reminded of Illinois.

At that link, look at two charts.

This is very interesting.

In 2015 (http://themilliondollarway.blogspot.com/2015/02/illinois-americas-greece-eonomist.html) the unfunded pension liability was said to be $111 billion.
If those numbers are accurate and measuring the same thing, Illinois more than doubled their unfunded pension liability in less than three years, from $111 billion in 2015 (perhaps 2014) and $241 billion in FY 2018.
One-fourth of the Illinois budget is required to fund annual pension costs. The graph that is missing, is this percentage over time. Are things getting worse, or are things getting better?
Another way to look at this: 75% of Illinois revenue funds the state (outside of the pensions). What is the per capita tax collection by state? Link here.
So, what is it for Illinois? $5,654. Within the ballpark for other other "high-tax" states, but a long way from NYC and DC.

One could argue that Illinois has two problems:
By the way, look at the two states at the far right in the two graphs.
Posted by Bruce Oksol at 8:24 PM No comments:

See this post.  Two of the wells on the 10-well  pad have each gone over 500K cumulative crude oil.

Least populated states in the country.

I see that I was sourced for a note in a biography of Wyndham Lewis. 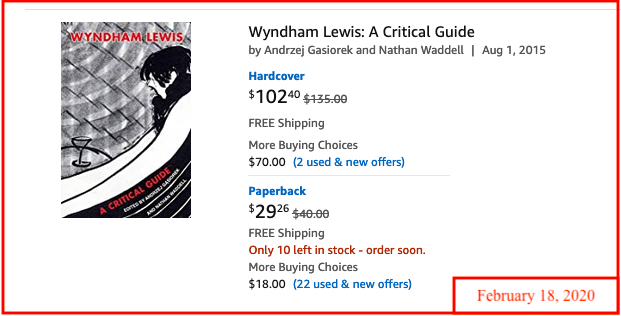 My review of the Paul O'Keeffe biography of Wyndham Lewis can be found here.
Posted by Bruce Oksol at 10:04 AM No comments: 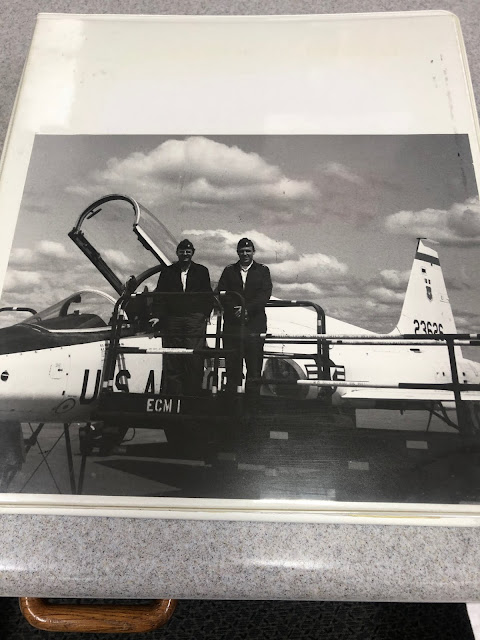